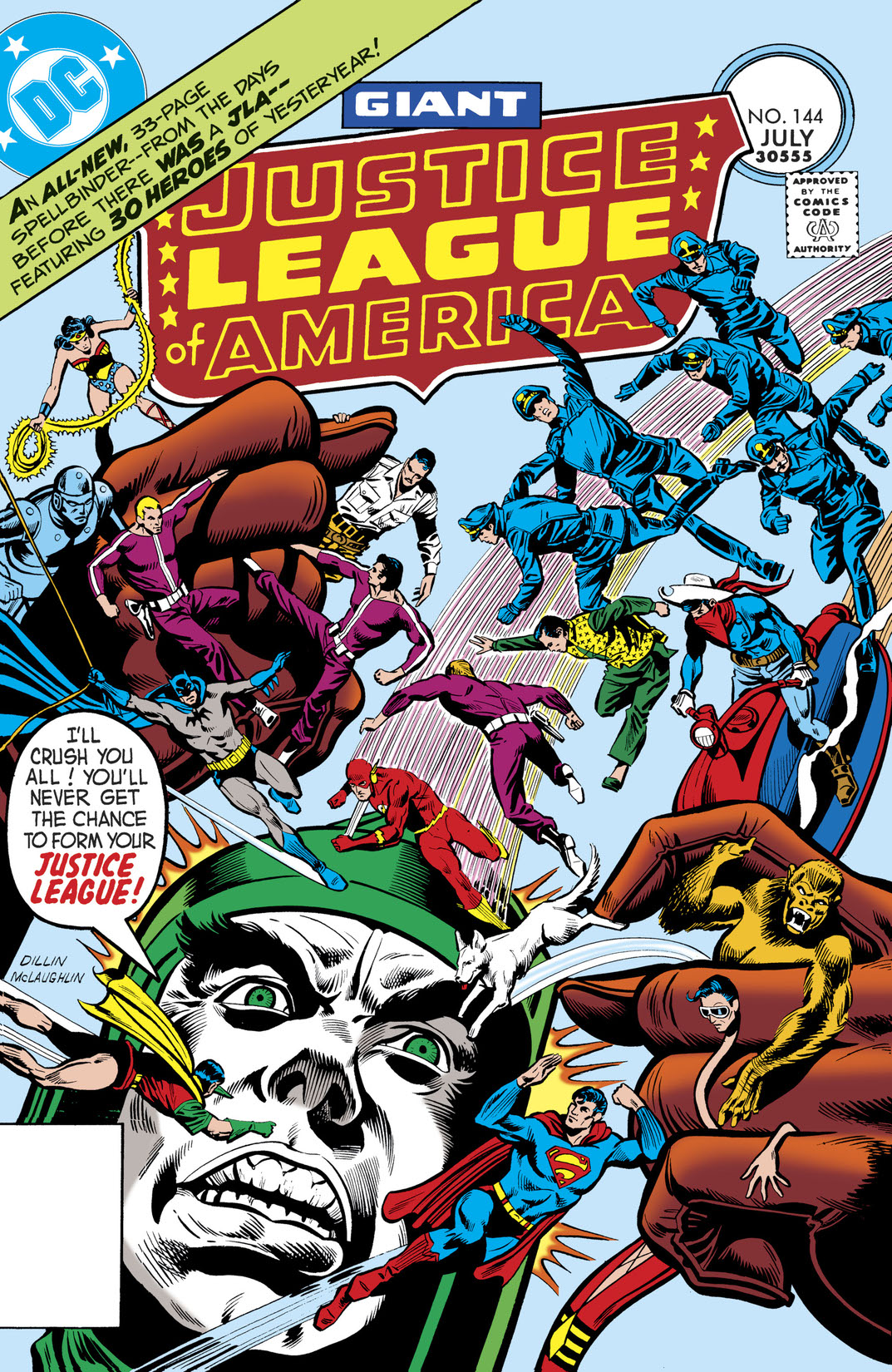 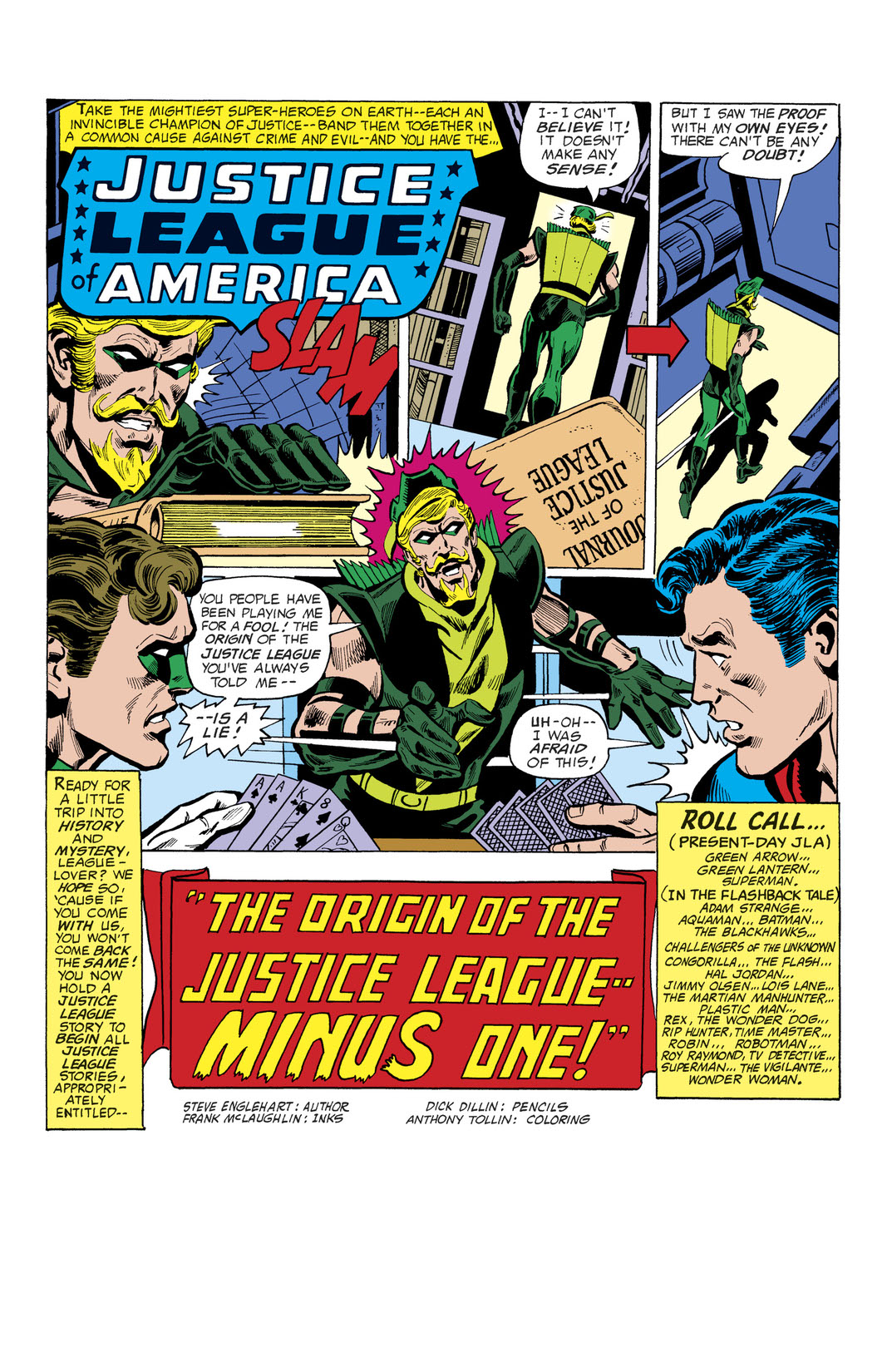 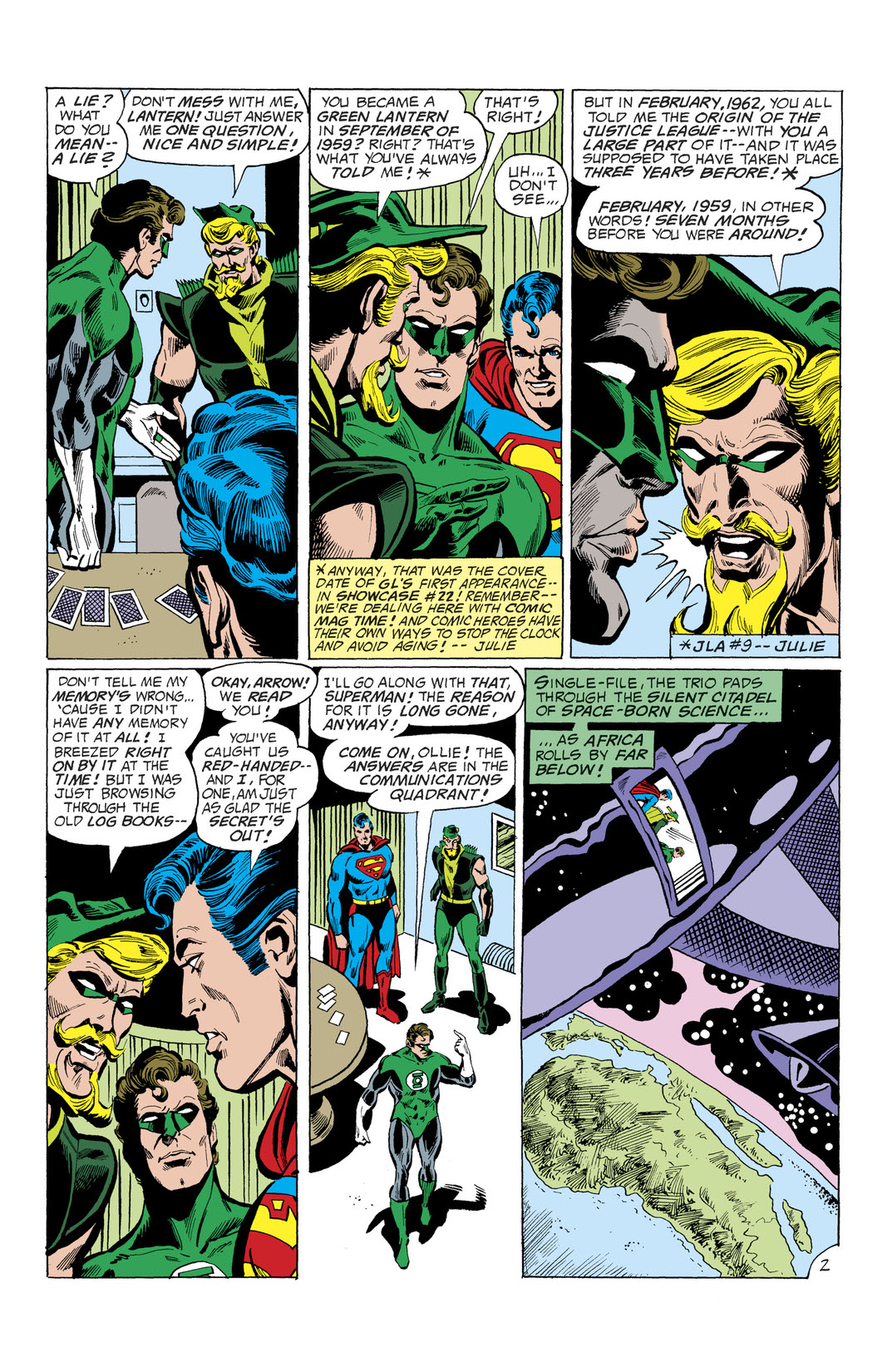 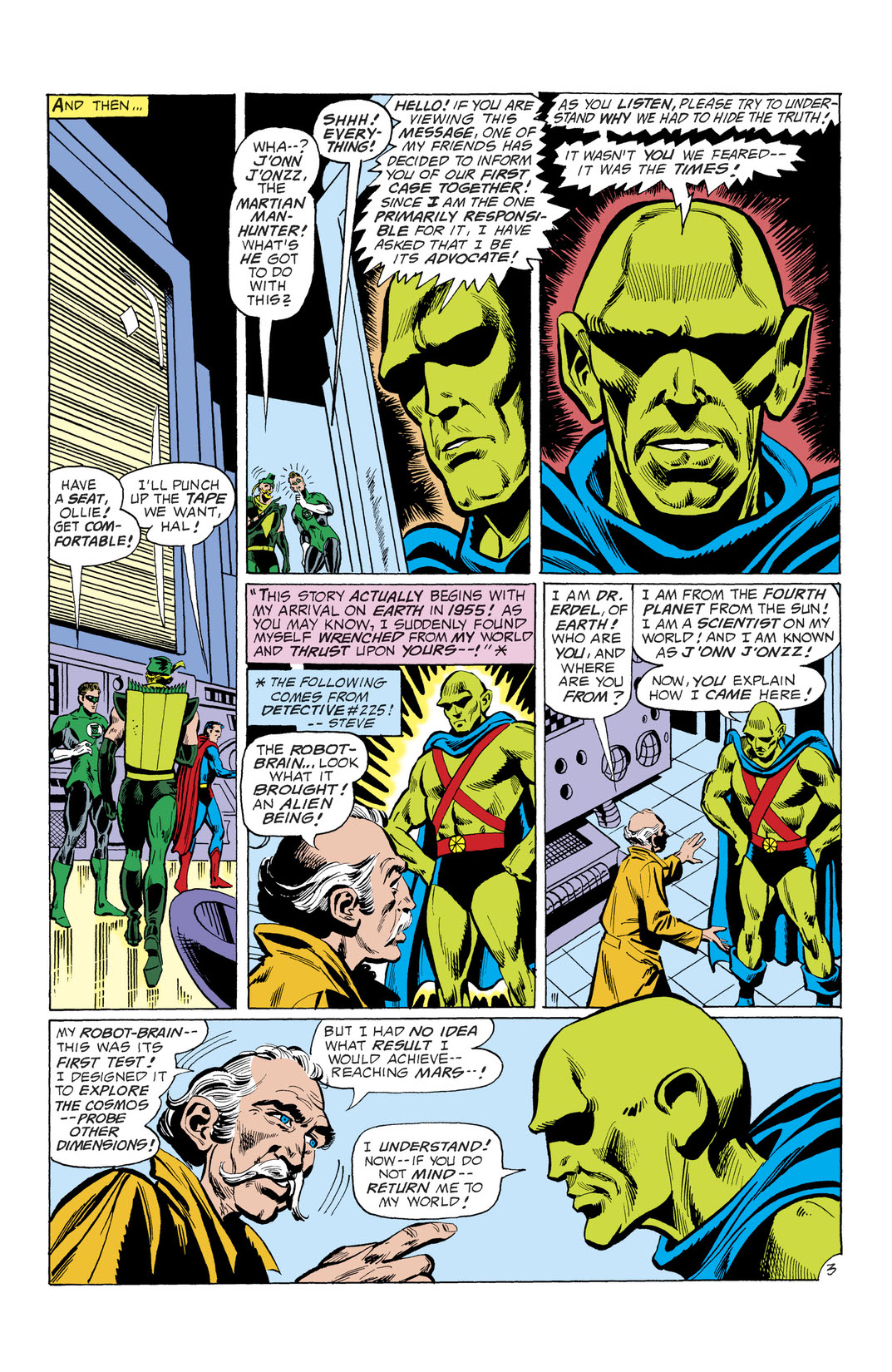 “THE ORIGIN OF THE JUSTICE LEAGUE – MINUS ONE!” While looking through the JLA Casebook, Green Arrow discovers various discrepancies in the established “origin” of the team. He demands to learn the true story, which Superman and Green Lantern decide to share with him with the aid of a videotape narrated by J’onn J’onzz.