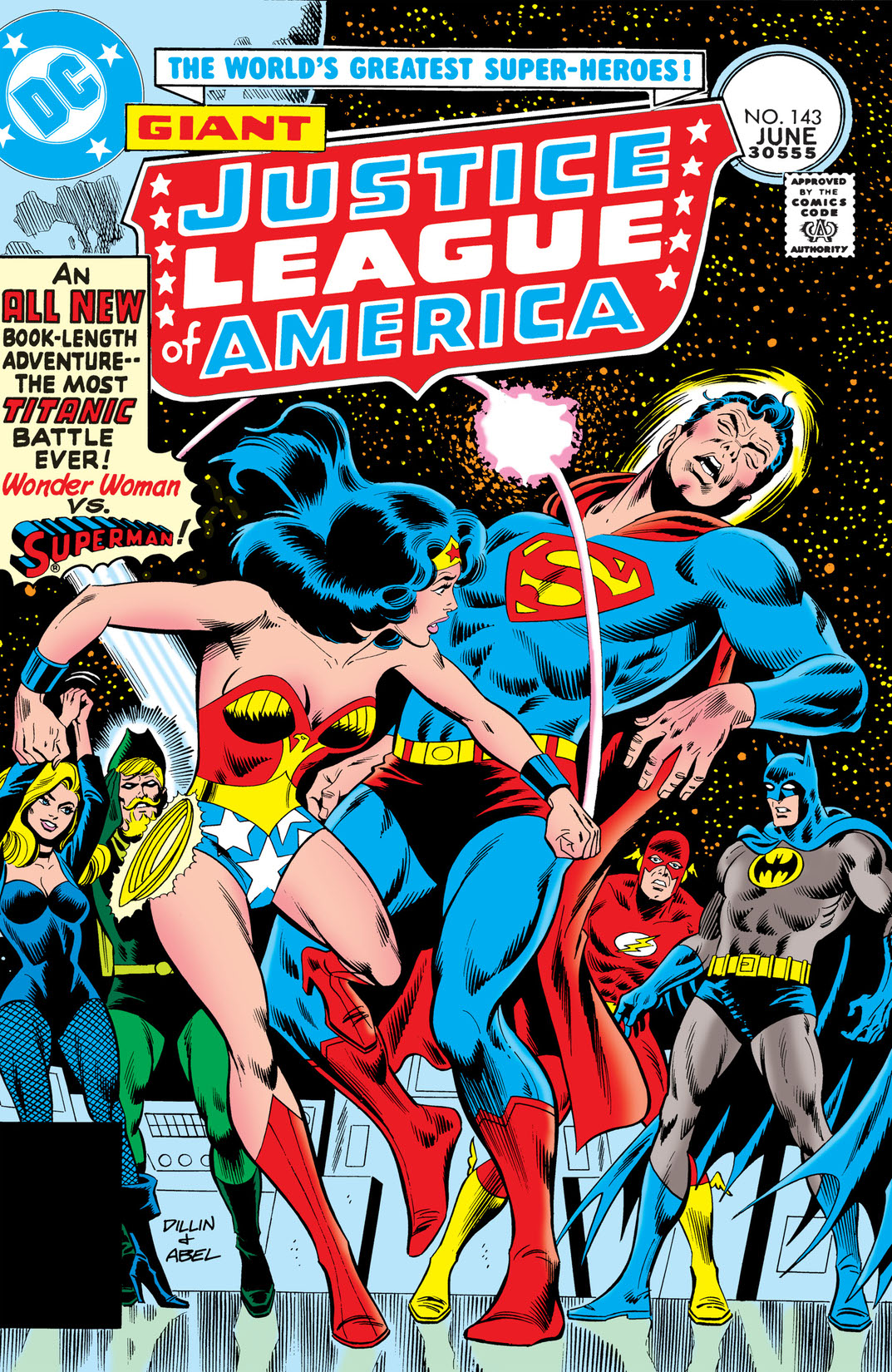 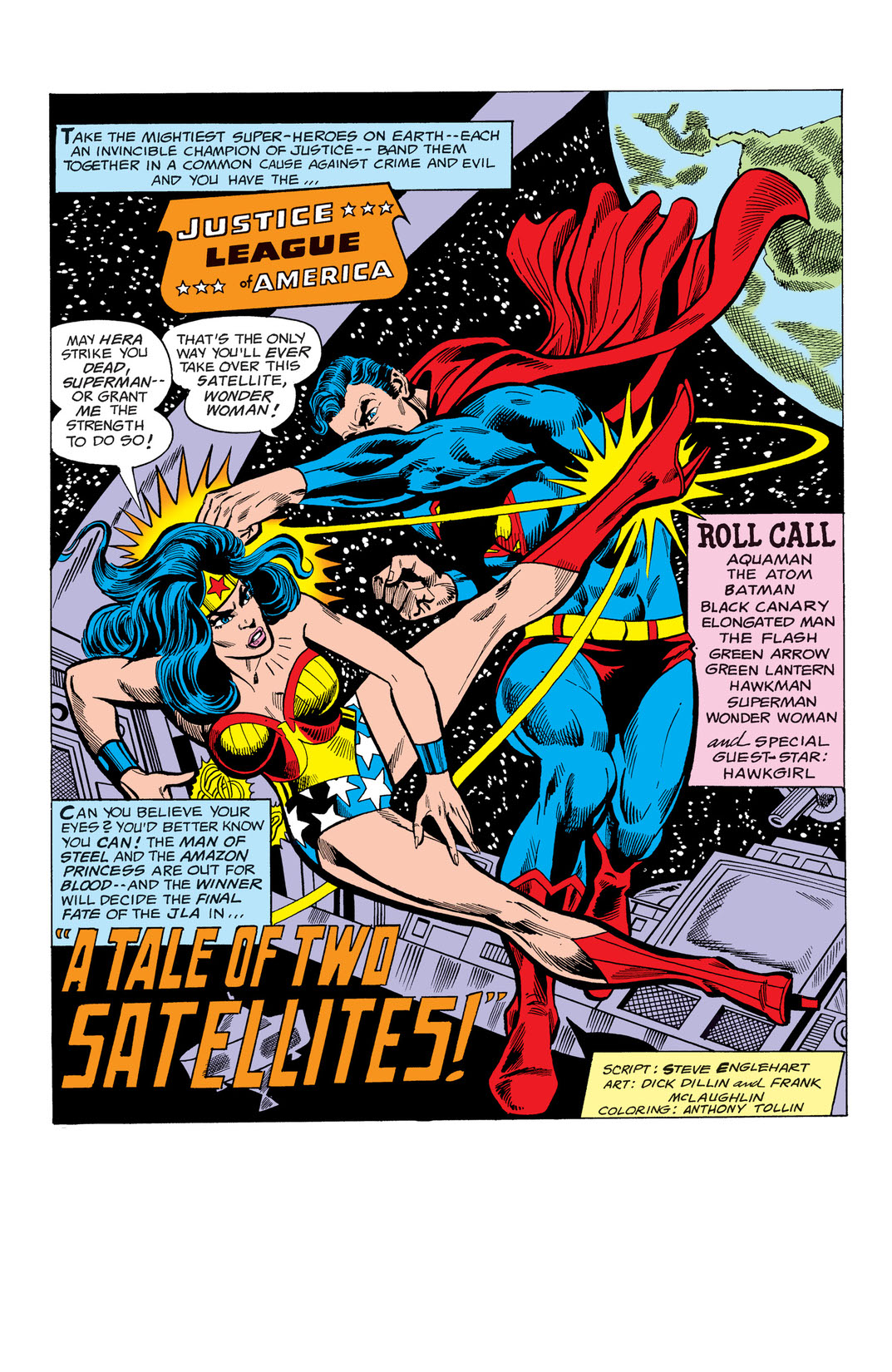 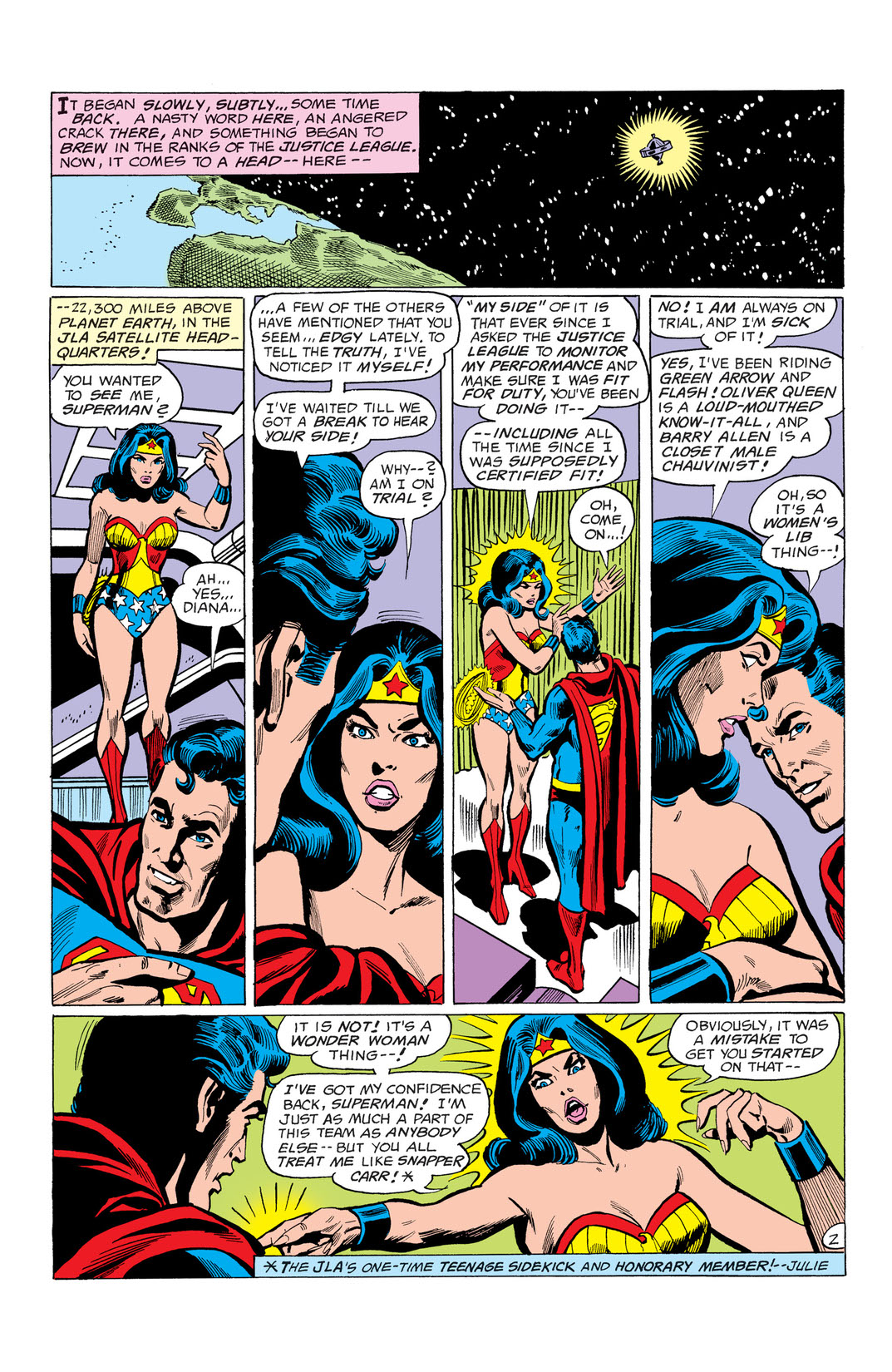 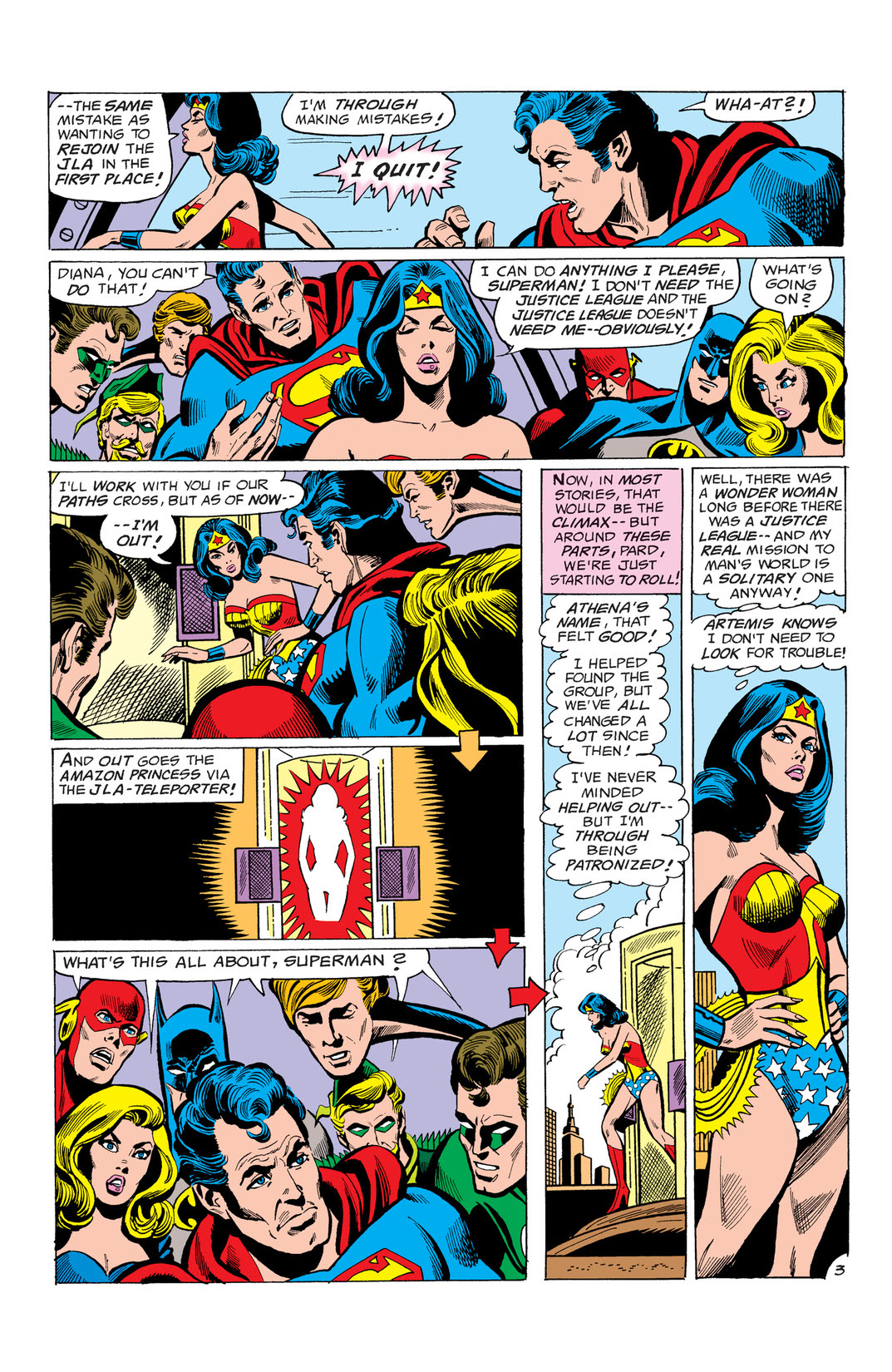 “A TALE OF TWO SATELLITES!” A series of conflicts between Wonder Woman and her fellow team members comes to a head when the Amazon Princess decides to quit the Justice League of America!