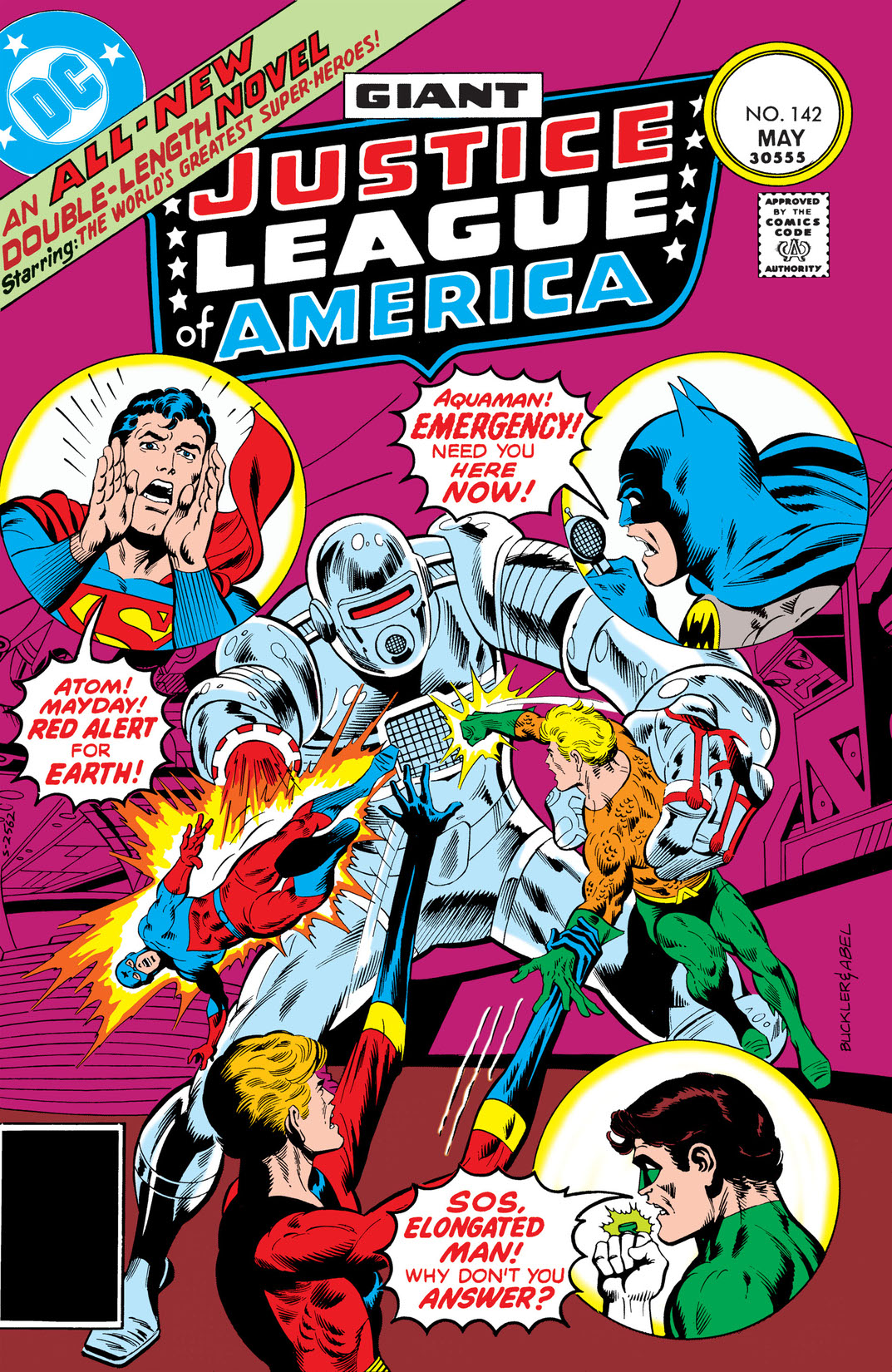 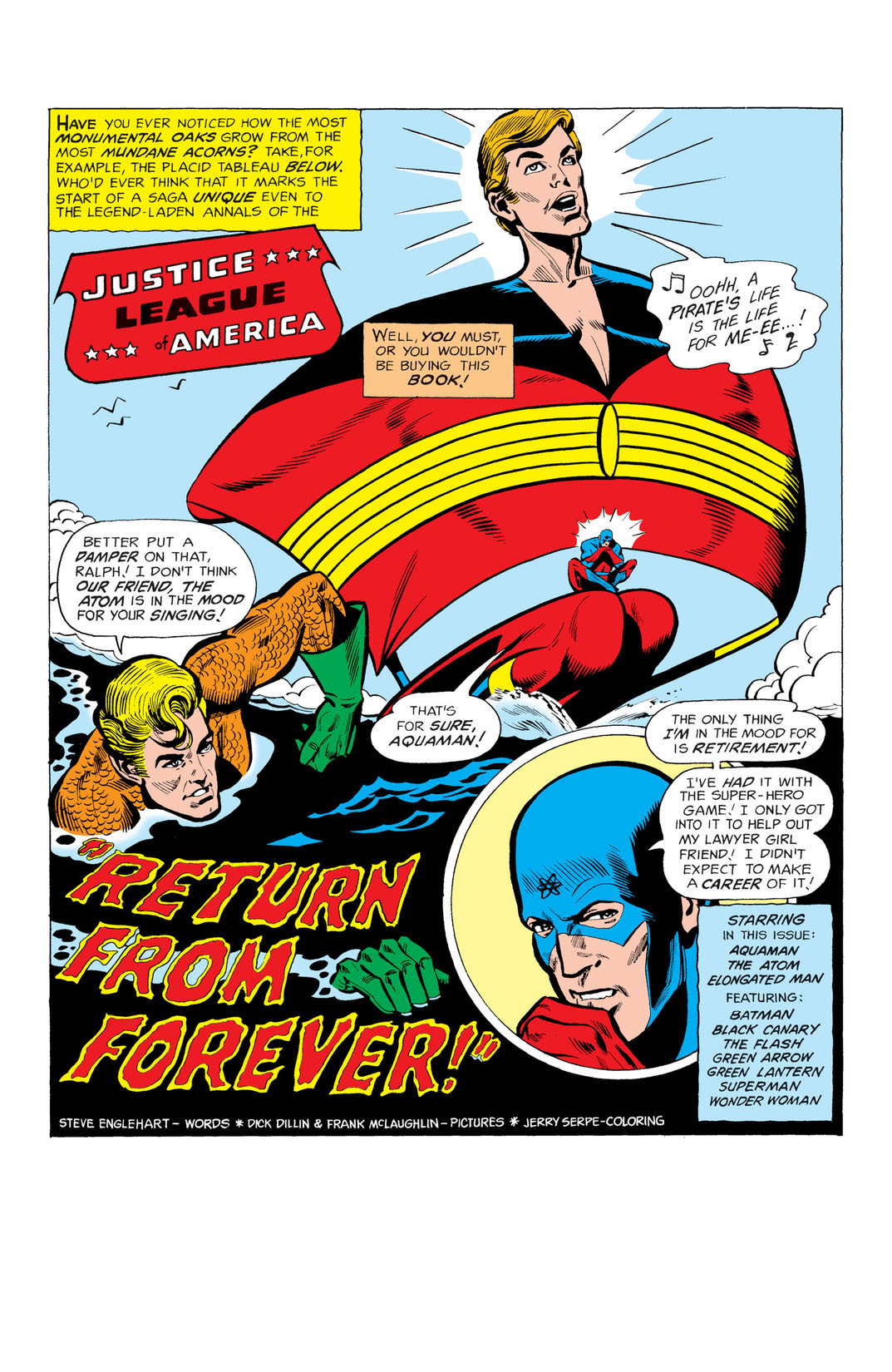 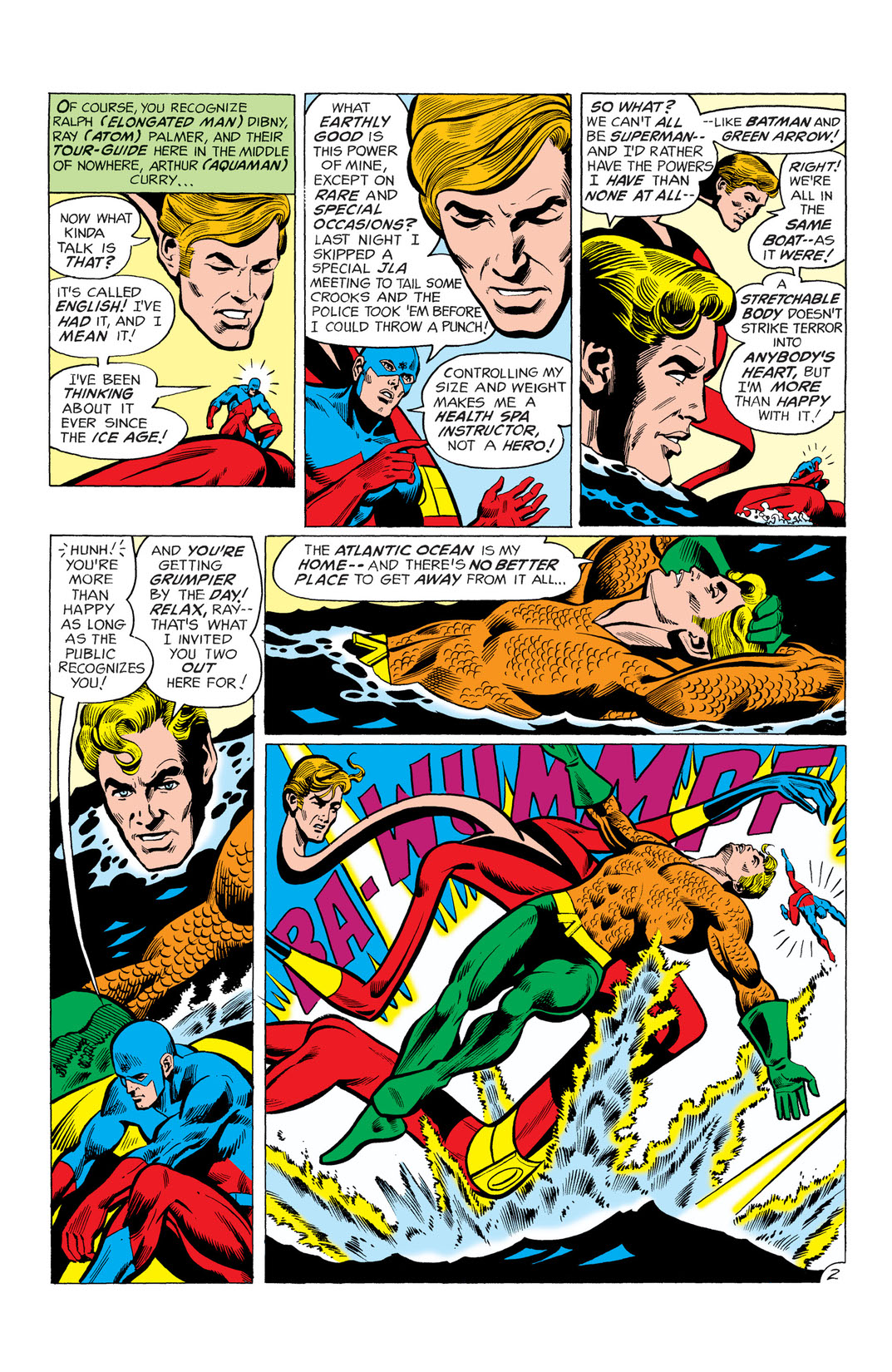 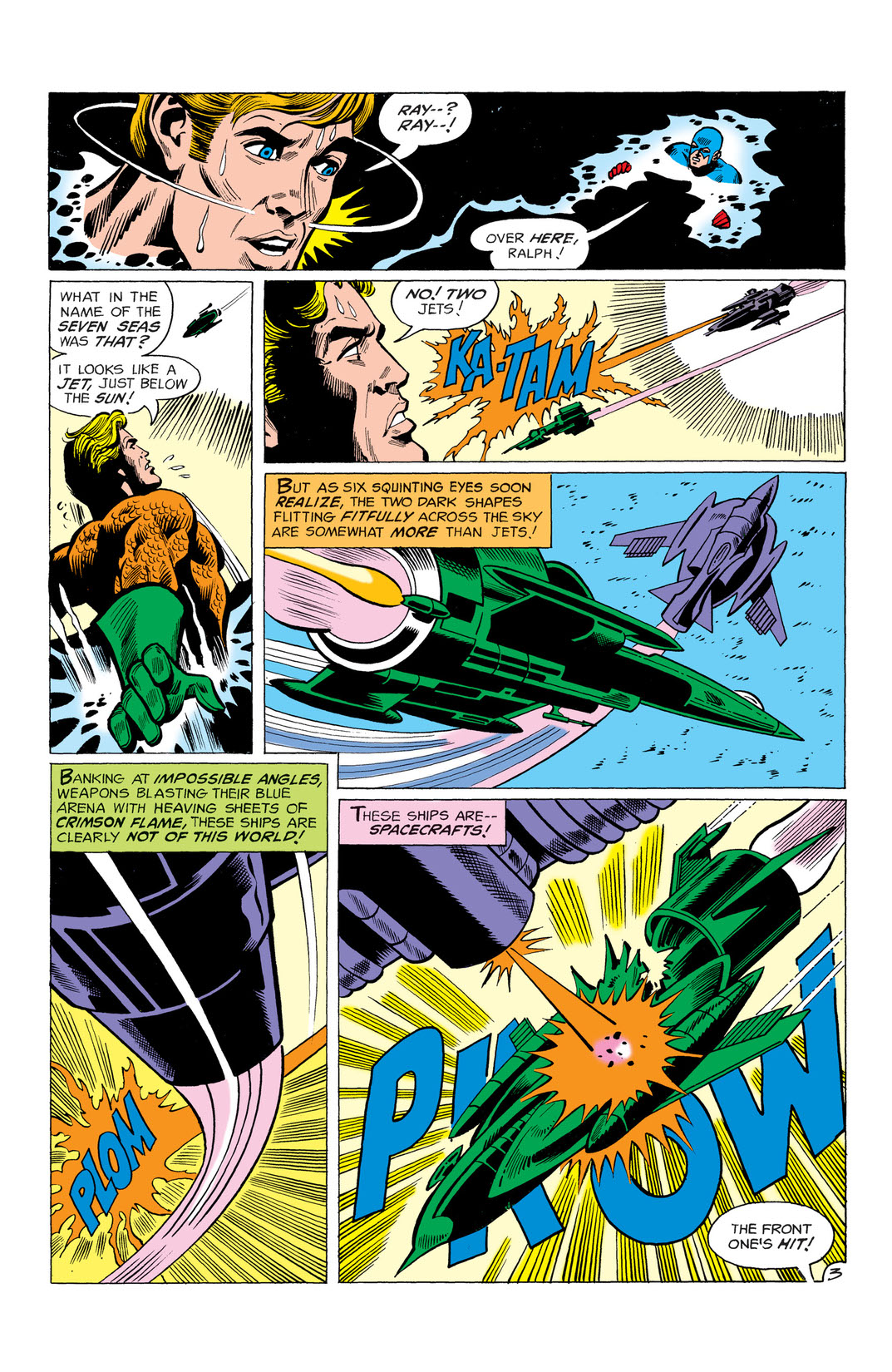 “RETURN FROM FOREVER!” The Atom, Aquaman and Elongated Man become involved in a case that takes place simultaneously as the other members of the Justice League battle the Manhunters!