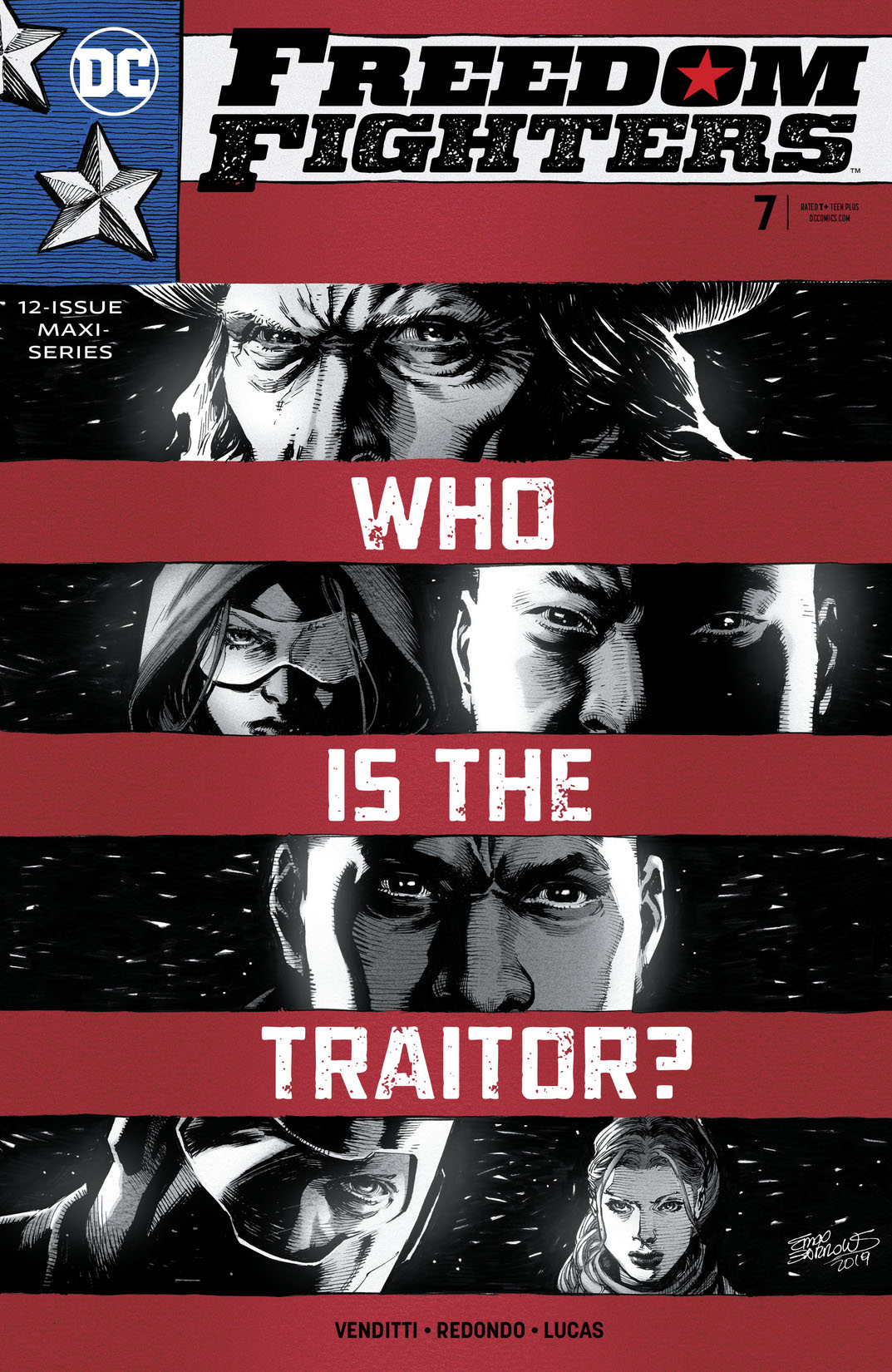 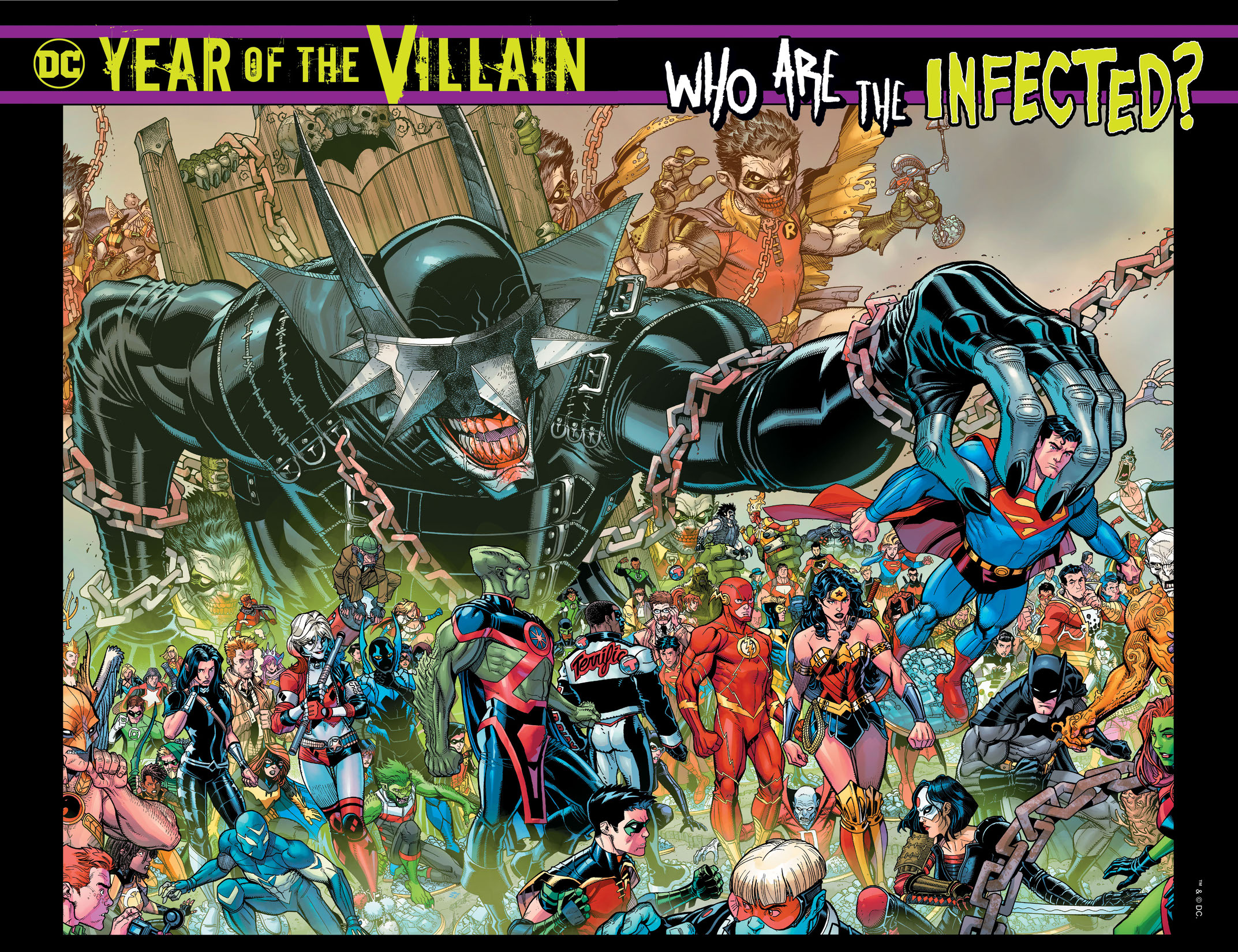 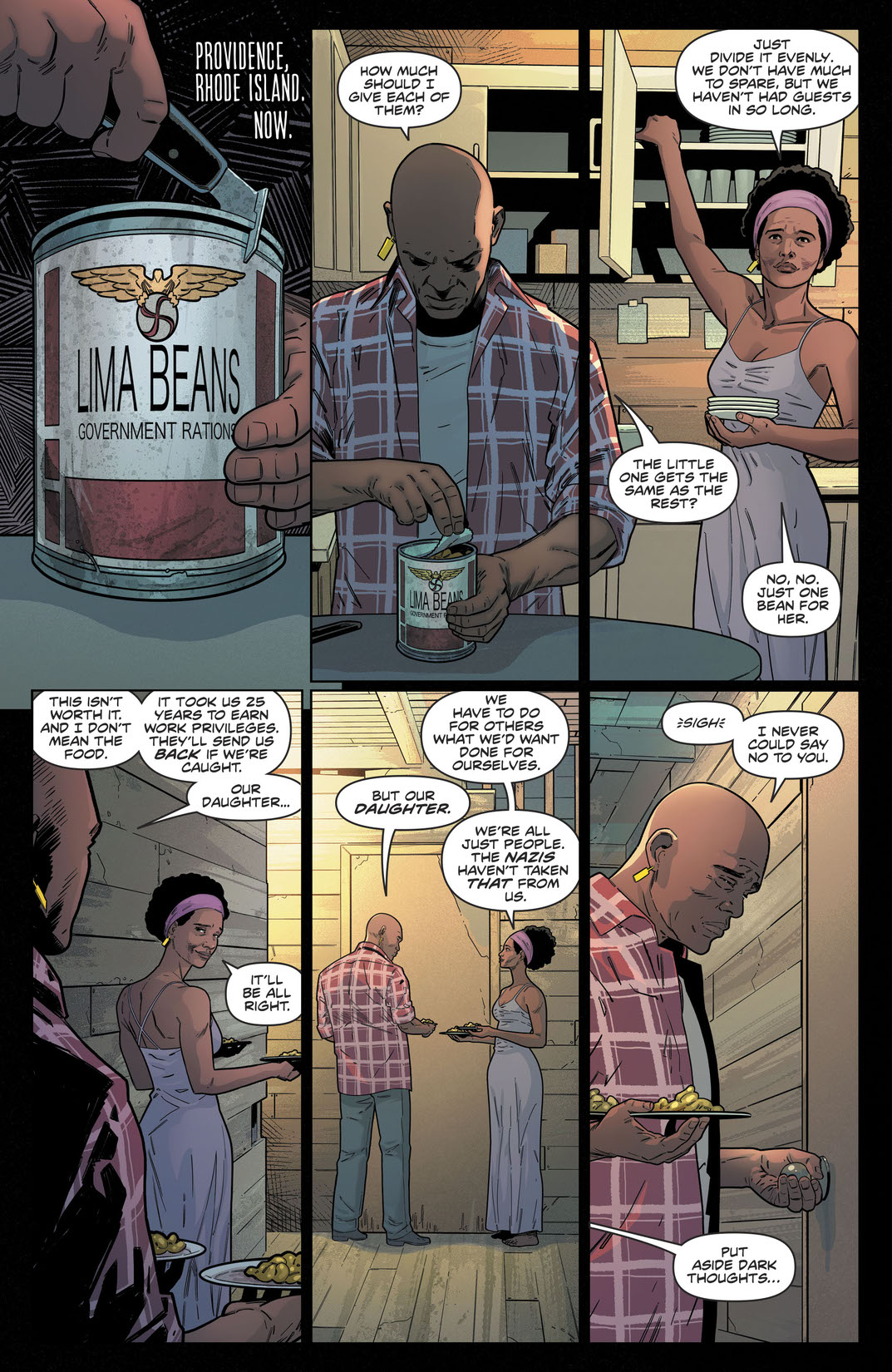 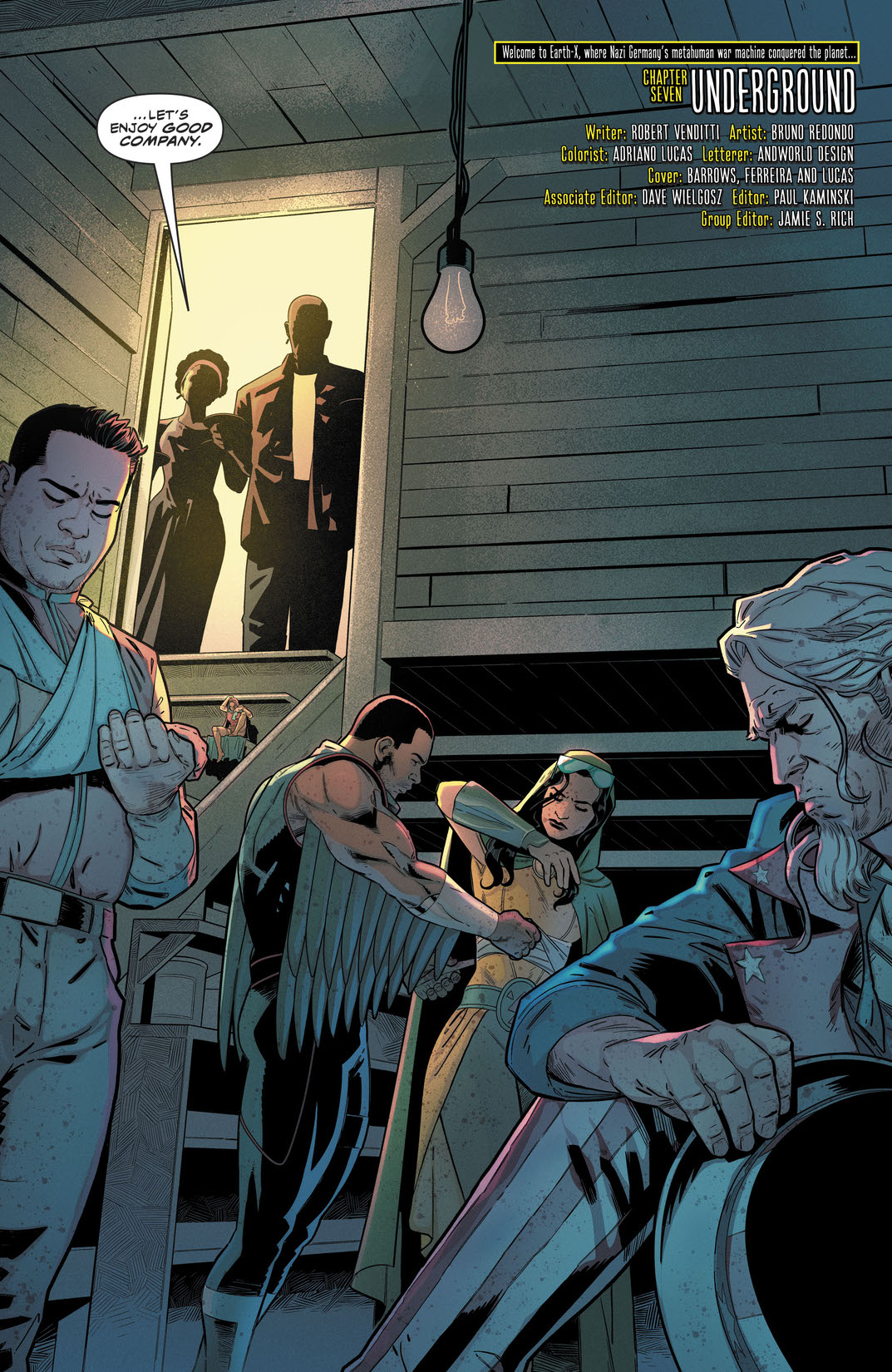 Beaten but not broken after a deadly battle with Cyborg Overman, the Freedom Fighters are on the run once more. But who will take these fugitives from the Gestapo in? The American people, that’s who. The citizens of Nazi-occupied America are beginning to believe that resistance is possible, and that the dream of freedom can be reborn anew, thanks to the efforts of Uncle Sam’s crew. And Sam’s got a plan in place to take back the country that fascism stole, starting at the very top…