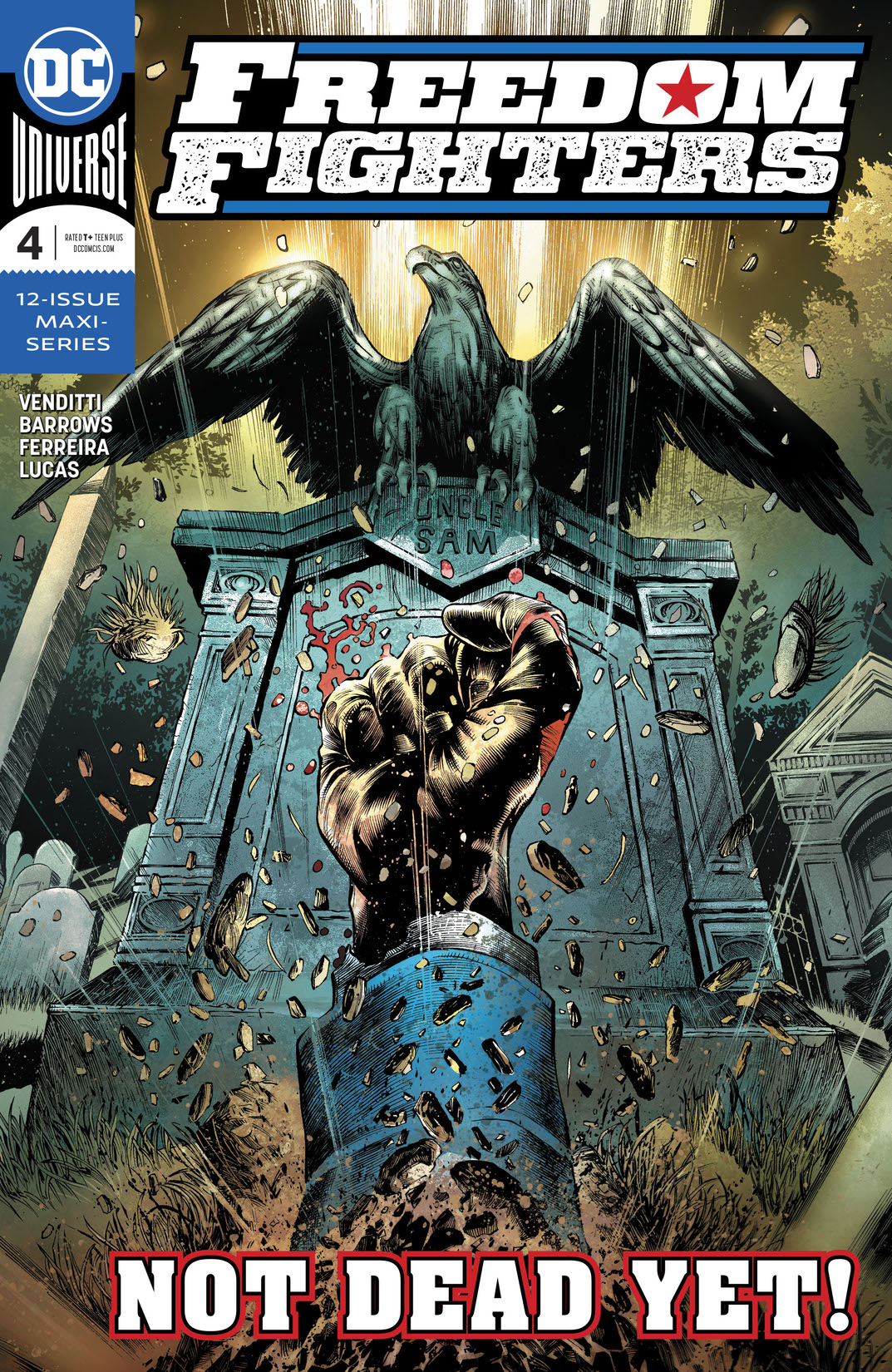 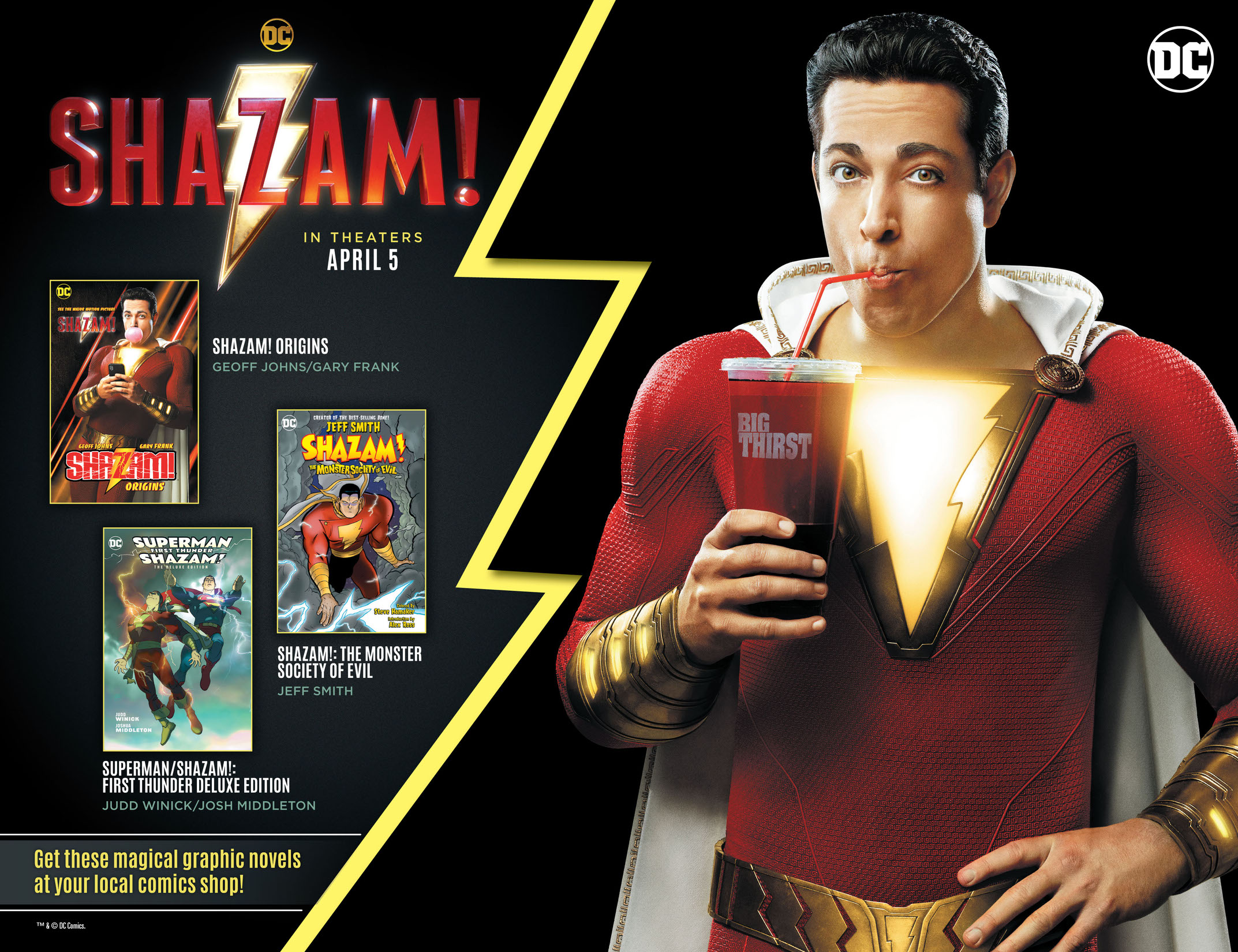 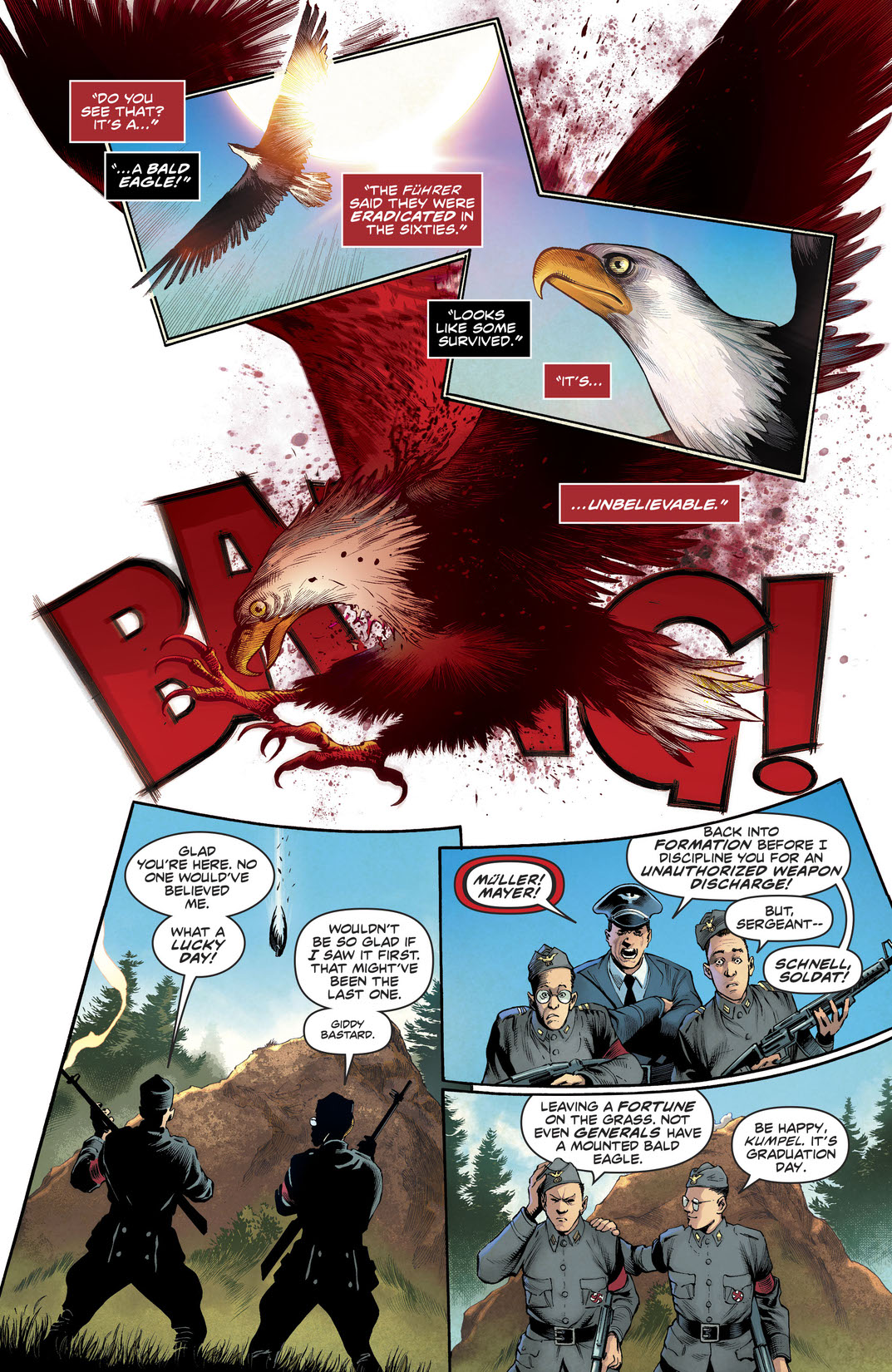 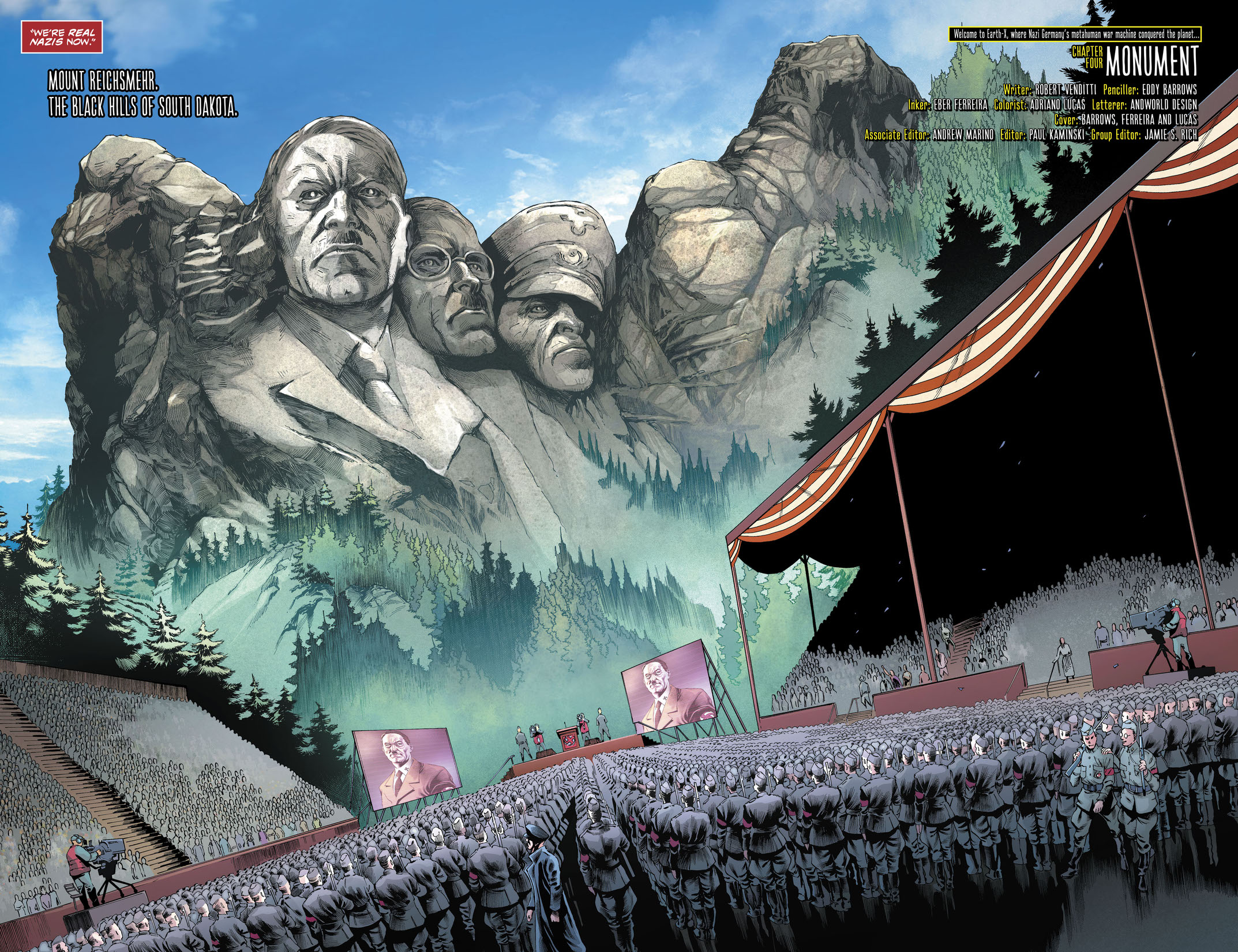 Uncle Sam must return! As the Freedom Fighters launch another very public attack, this time against the Third Reich’s version of Mount Rushmore, the team finds itself one step closer to Uncle Sam’s rebirth. But their efforts may be all for nothing, as the devious, entitled, psychotic (and did we mention smelly?) Hitler III is hot on their trail, and he’s pulling out all the sickest stops to shut the Freedom Fighters down once and for all.