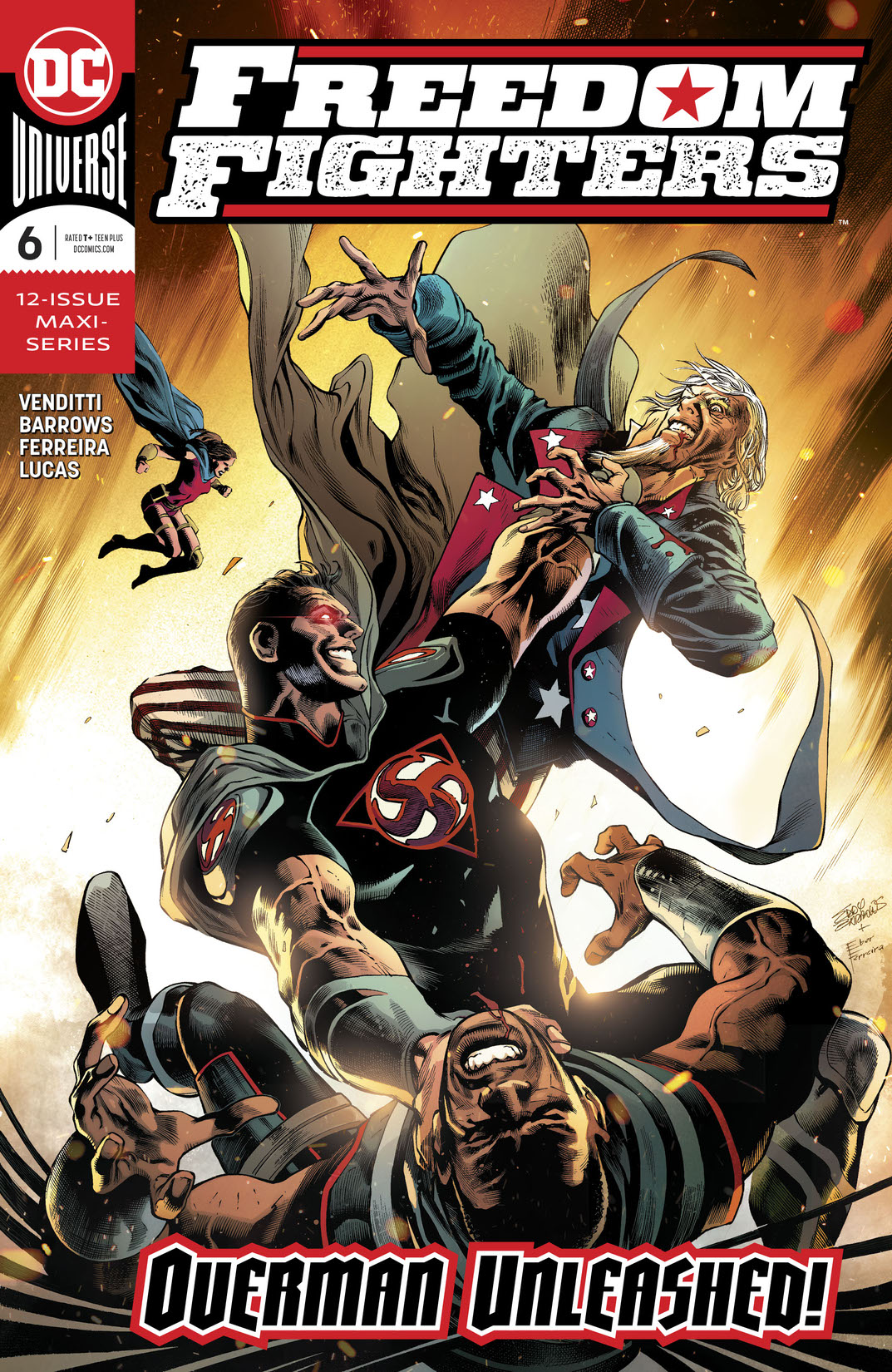 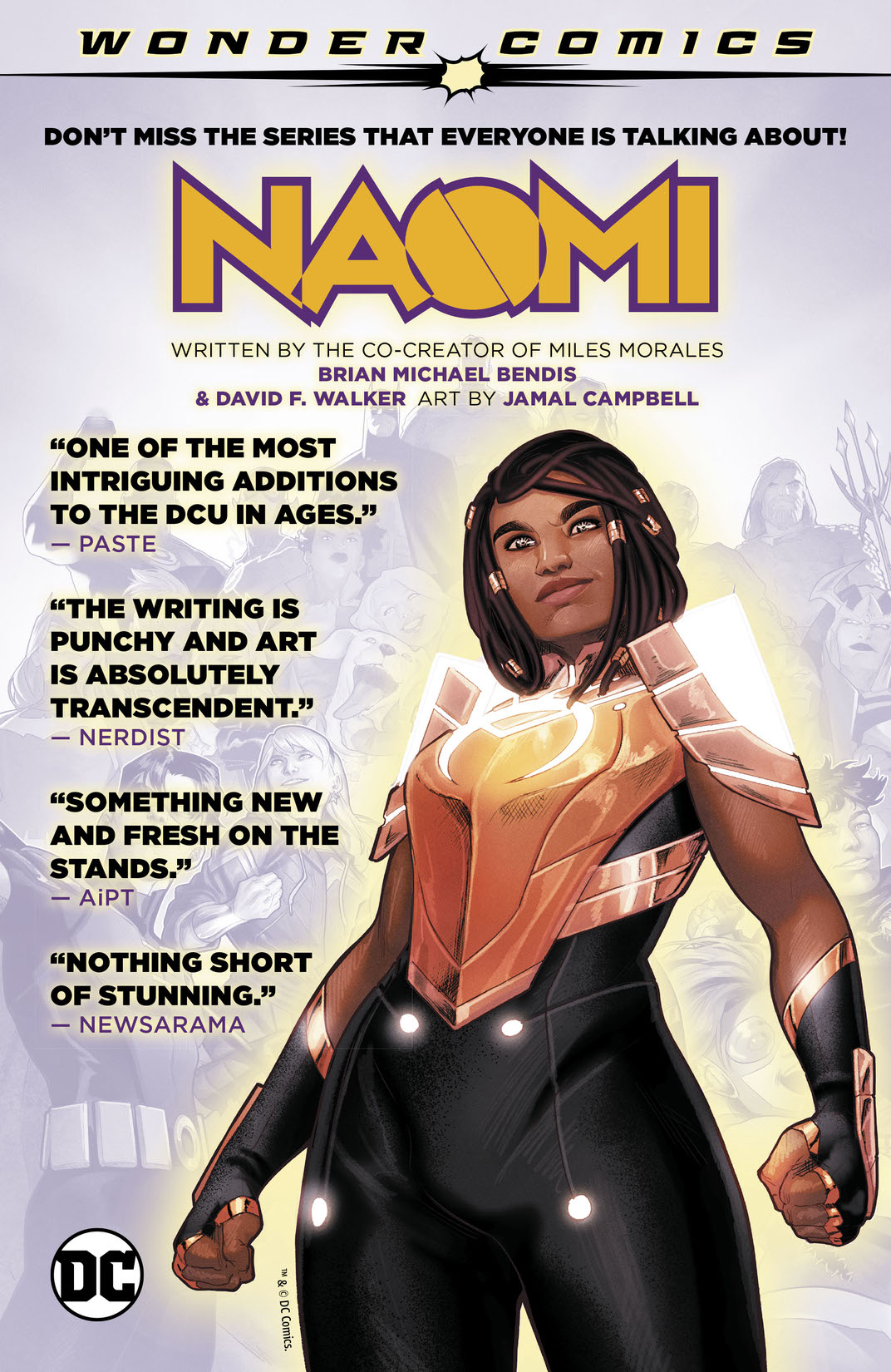 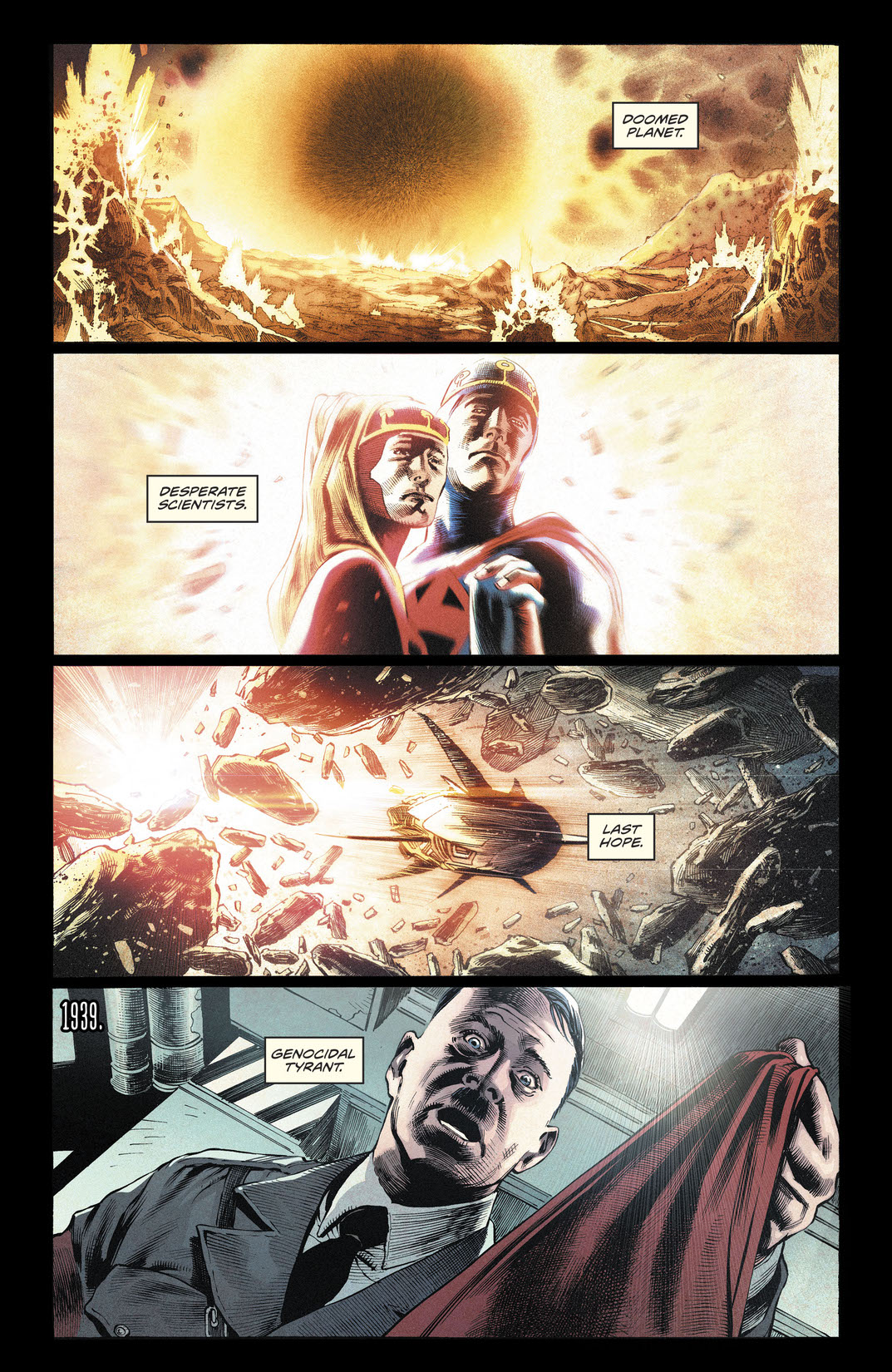 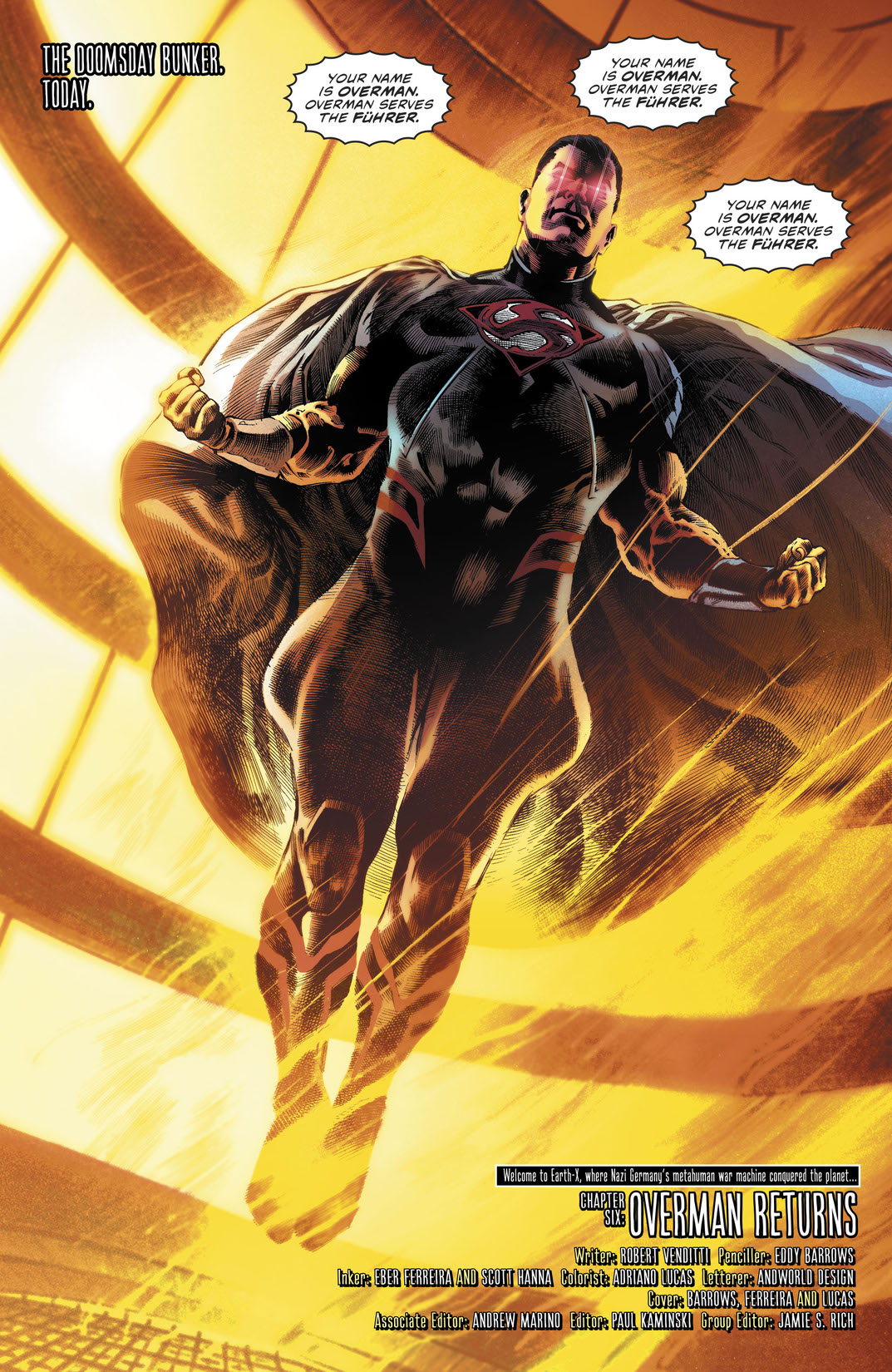 The Freedom Fighters are at last reunited, and Uncle Sam is leading the way to victory. But just as defeat of the Nazi regime seems in sight, Hitler II has one more trick up his sleeve…and this one is Kryptonian. It’s Overman versus the Freedom Fighters in the slugfest to end all slugfests, and this shock ending will leave you breathless!