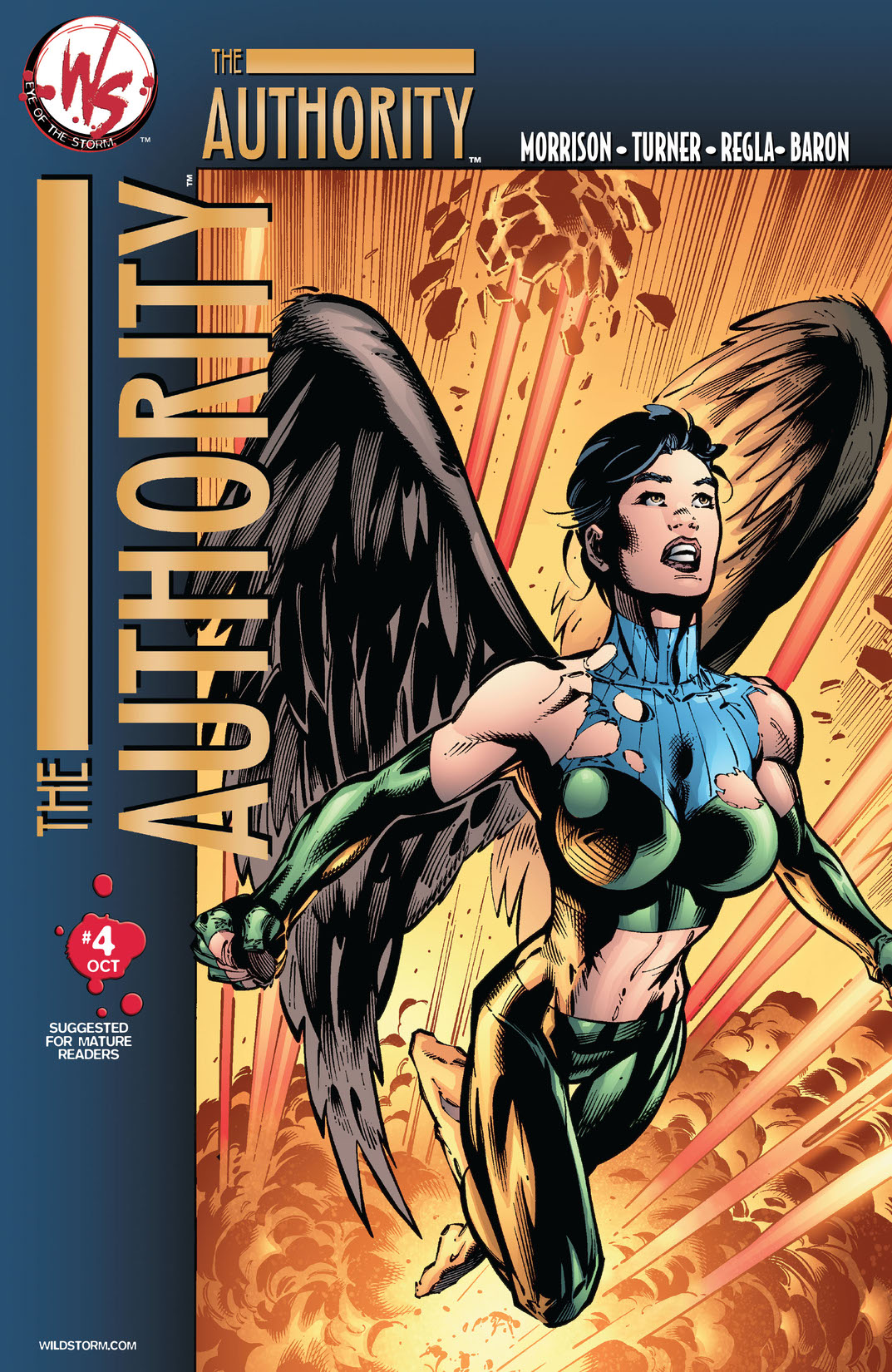 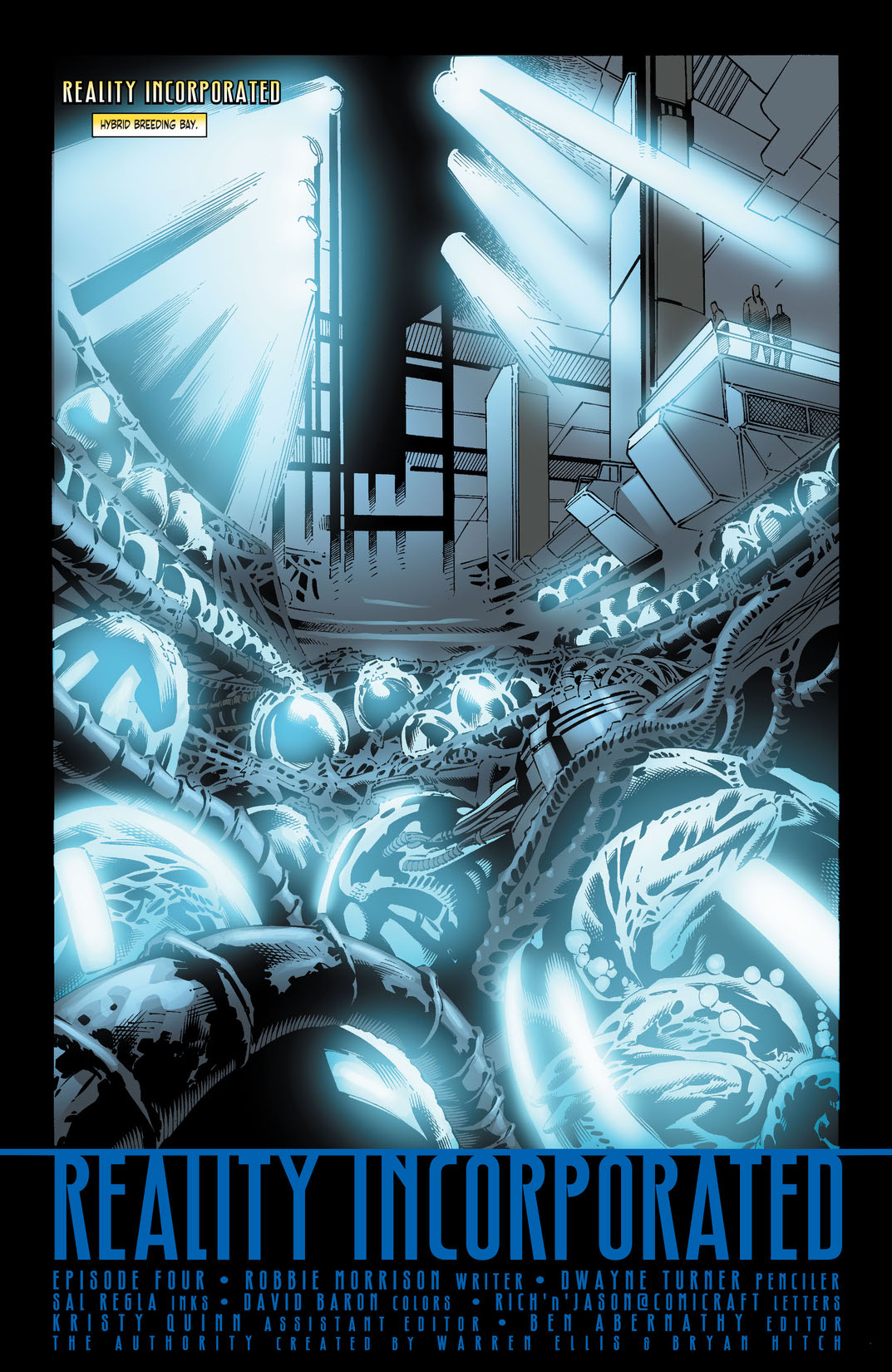 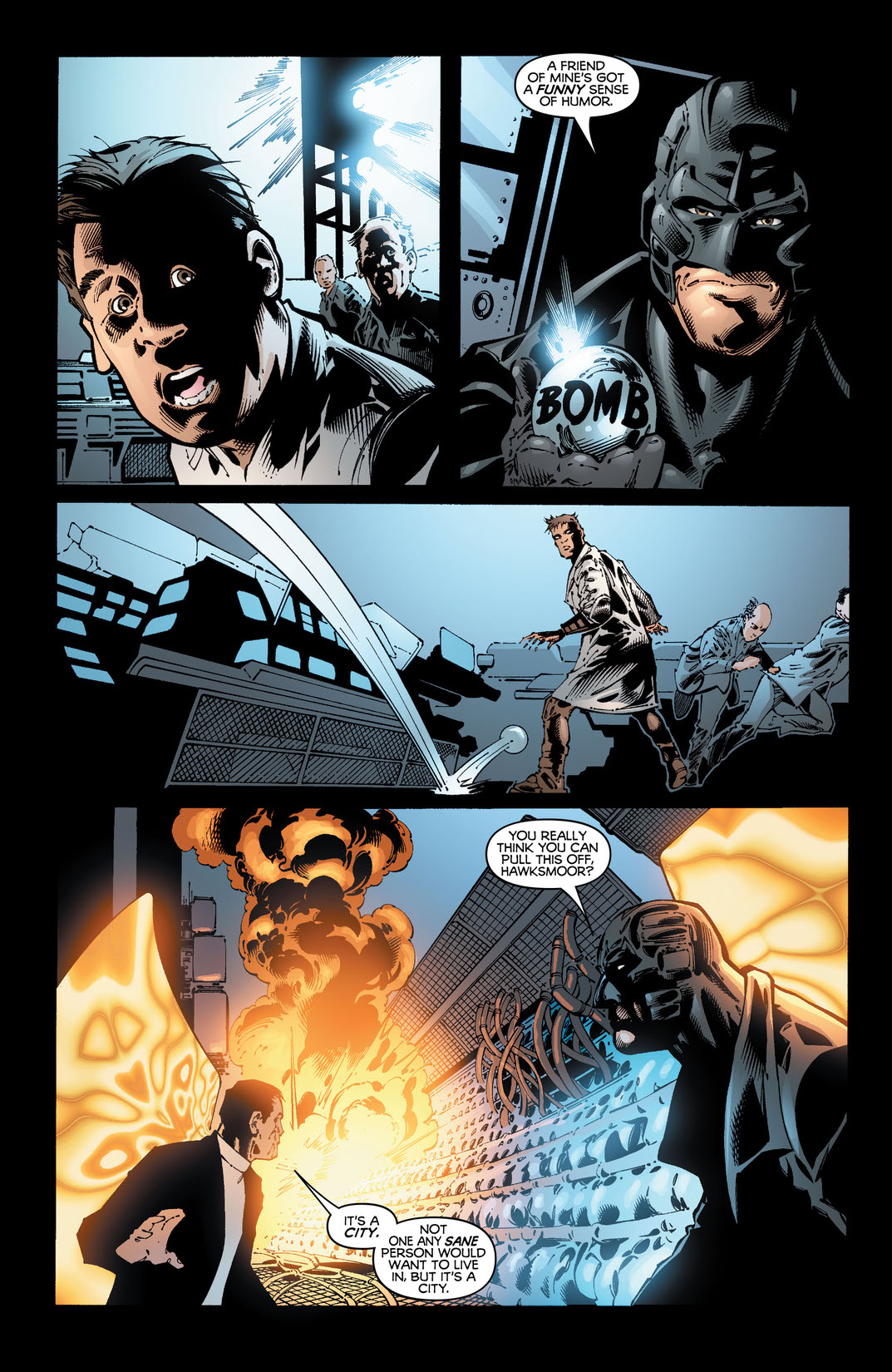 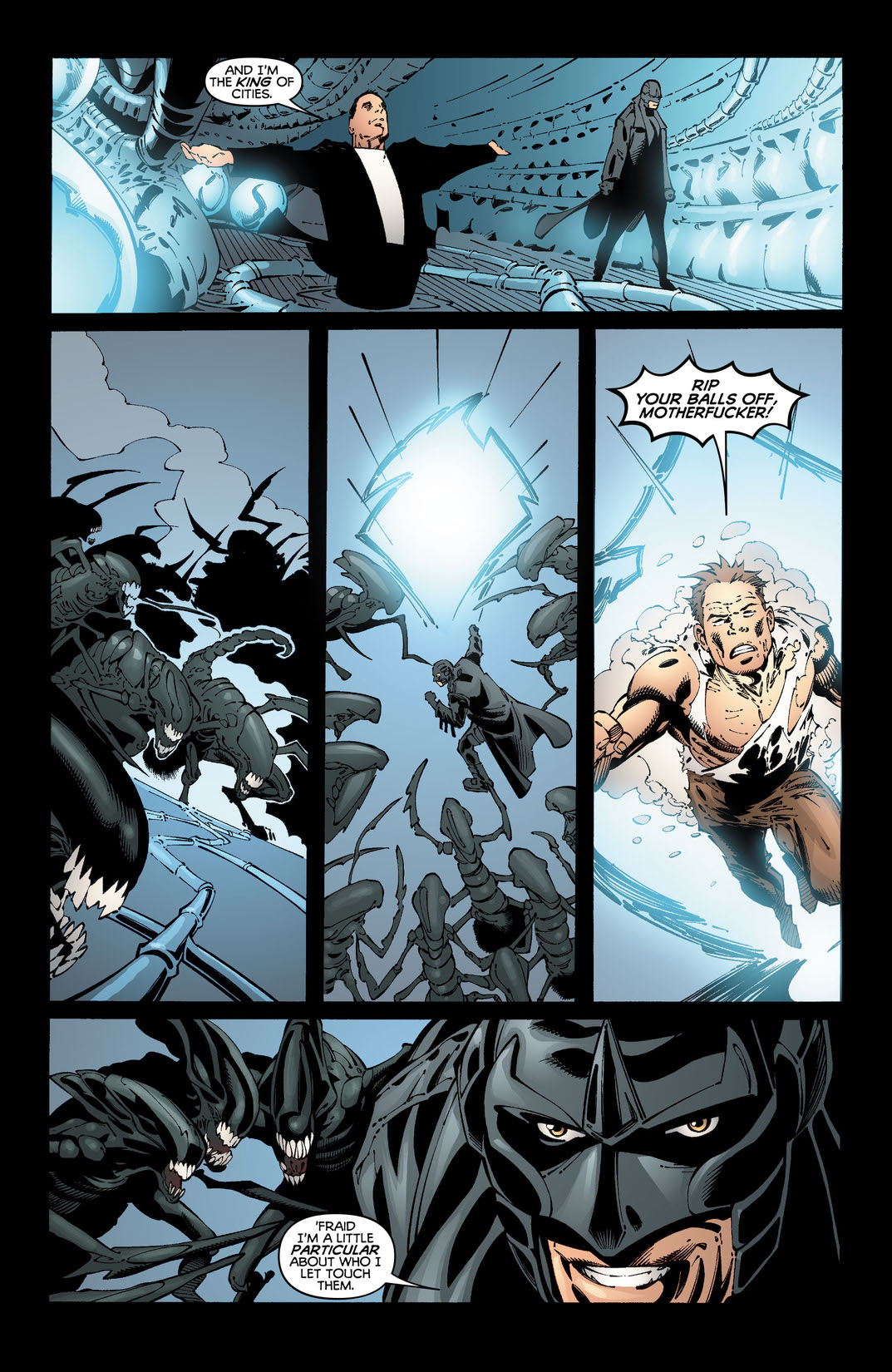 The first story arc comes to an apocalyptic conclusion! Following the brutal assault on the Carrier that left the team in shambles and Swift captured, The Authority has declared war on Reality Incorporated. But survival may be their only consolation, as they face overwhelming firepower and a planet full of the horrific Hybrids.