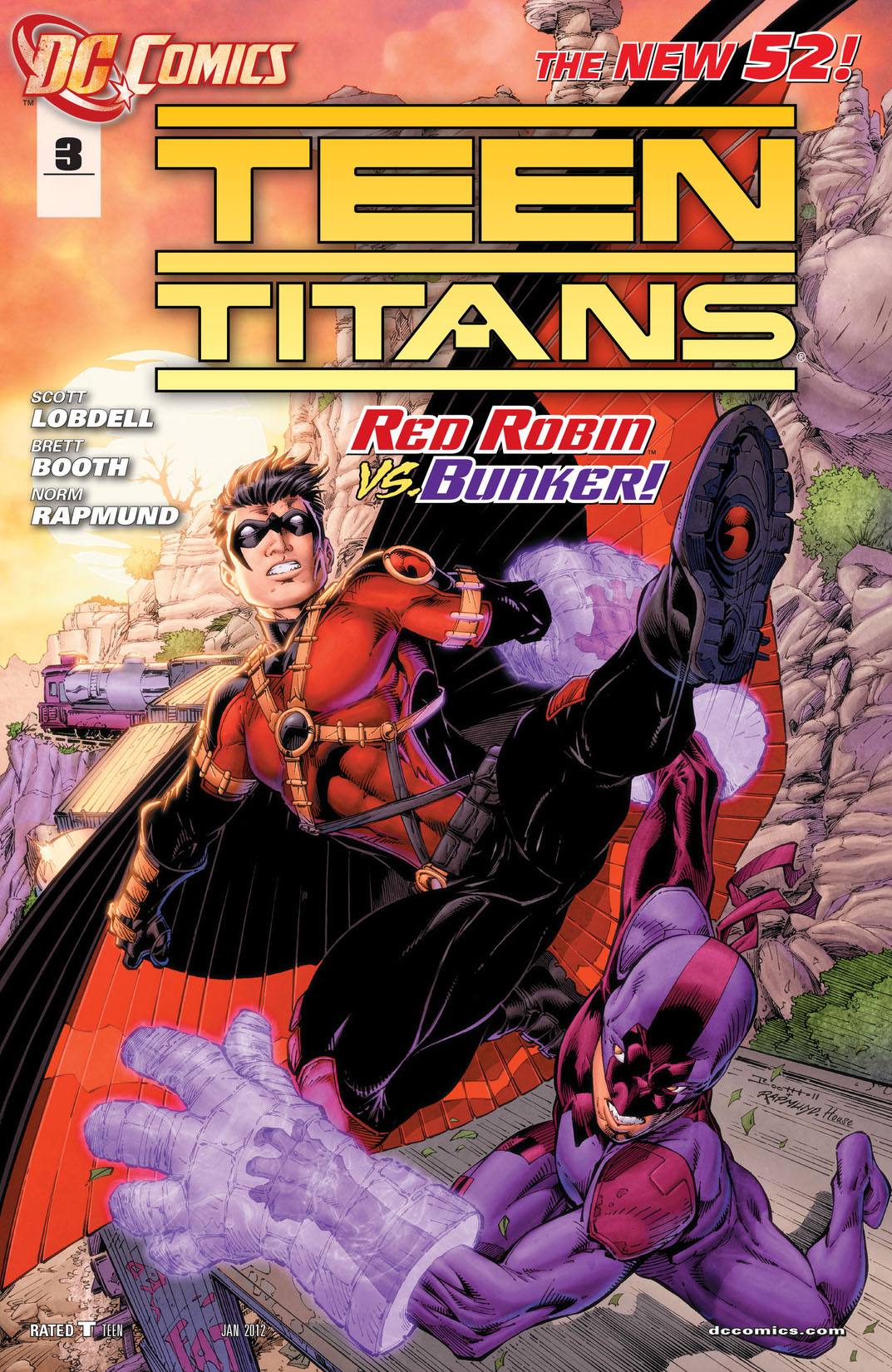 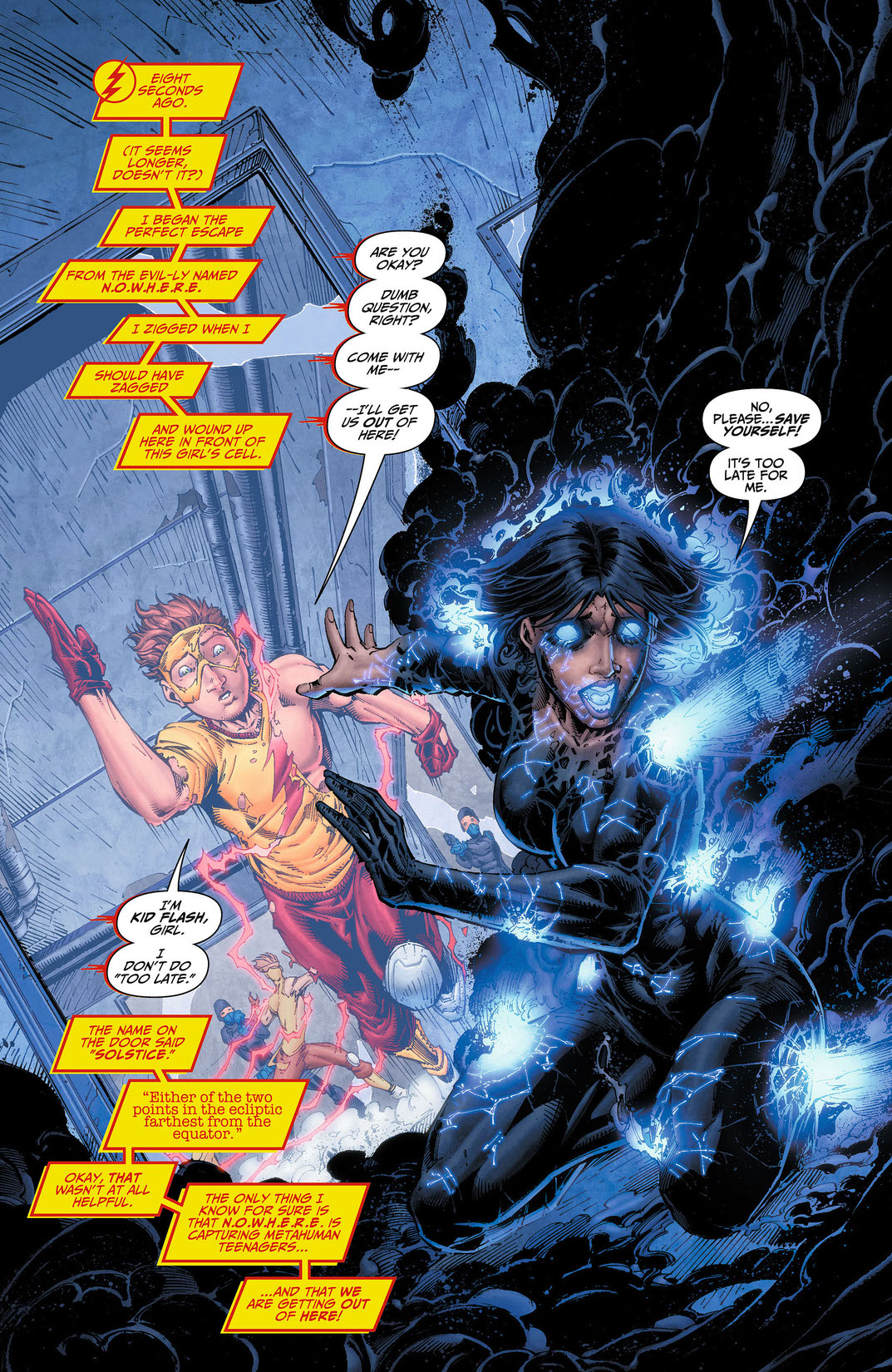 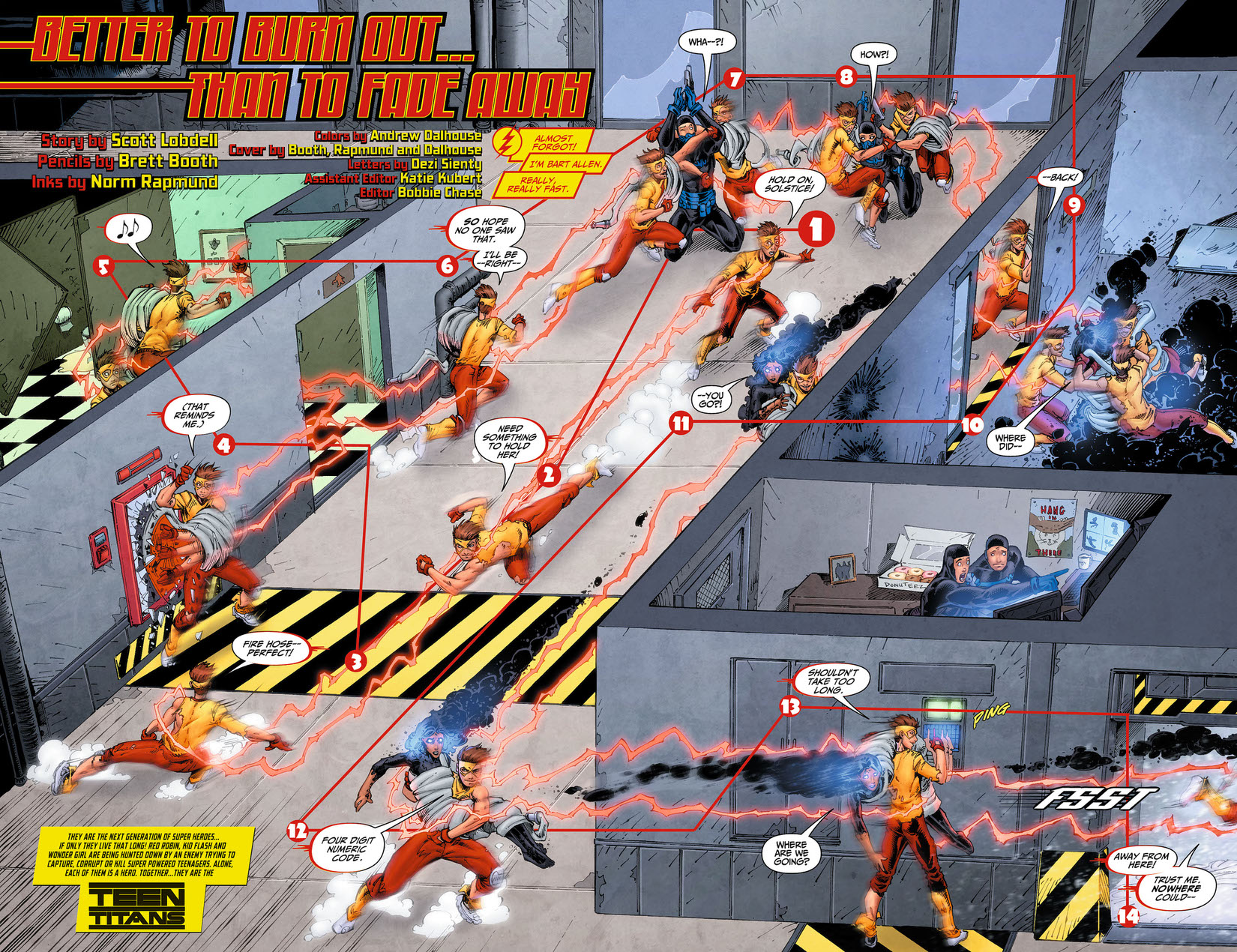 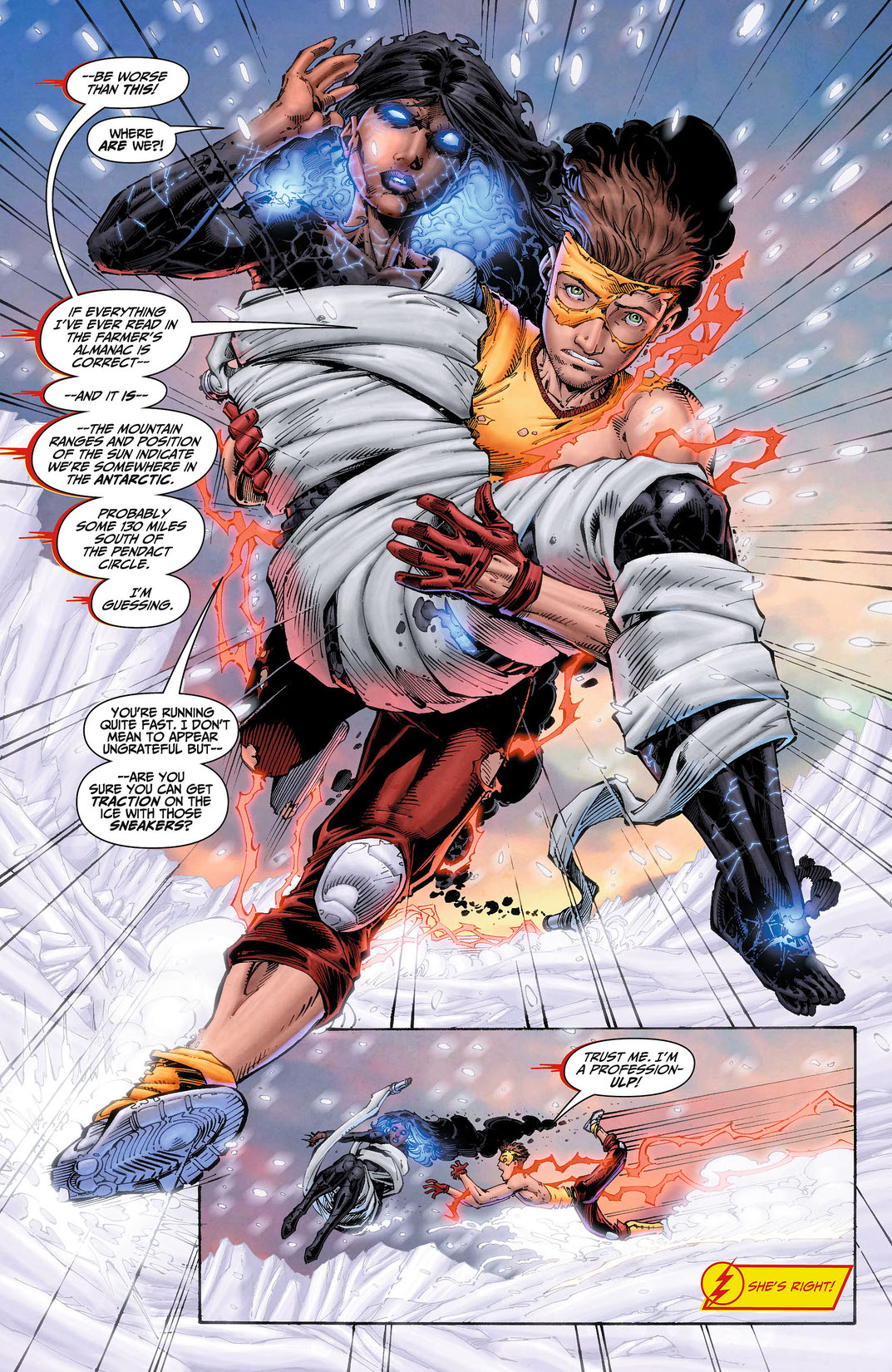 A new Teen Titan shows up without so much as an invitation—and Red Robin already had his hands full trying to get Bugg from Los Angeles to New York by train! Meanwhile, Kid Flash is trying desperately to flee the arctic N.O.W.H.E.R.E. prison with a mysterious young woman who is unable to control her own super powers.