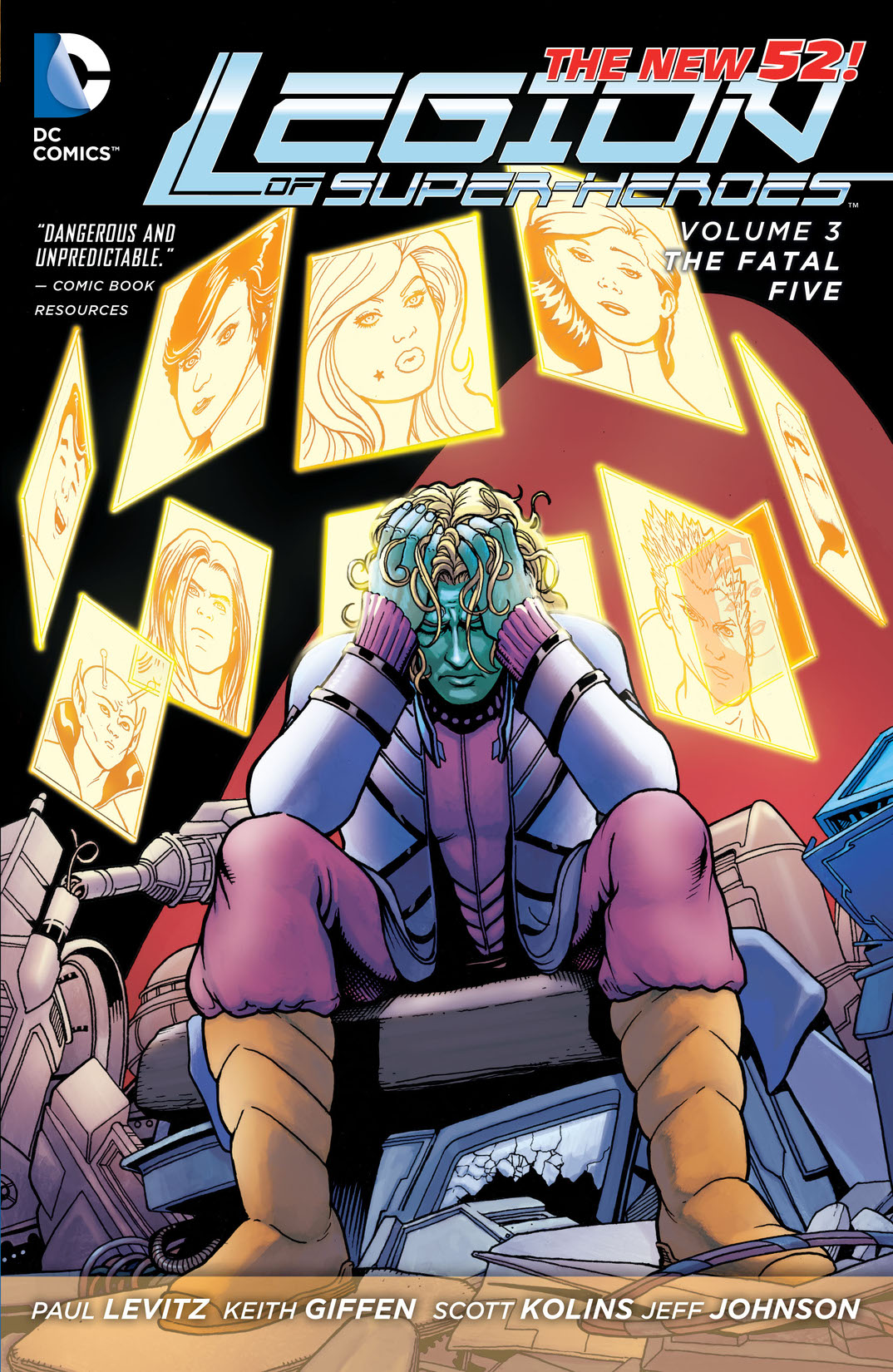 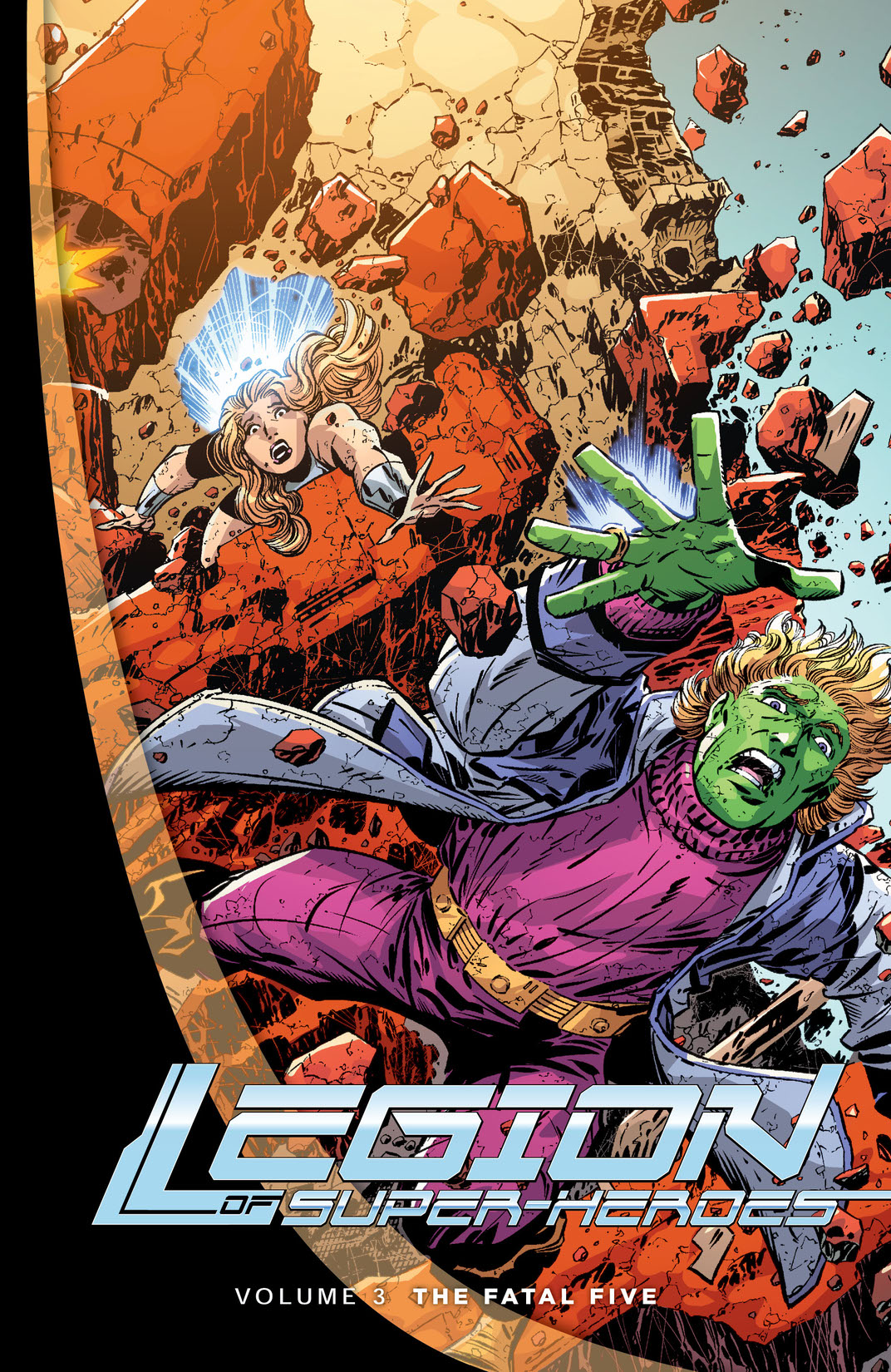 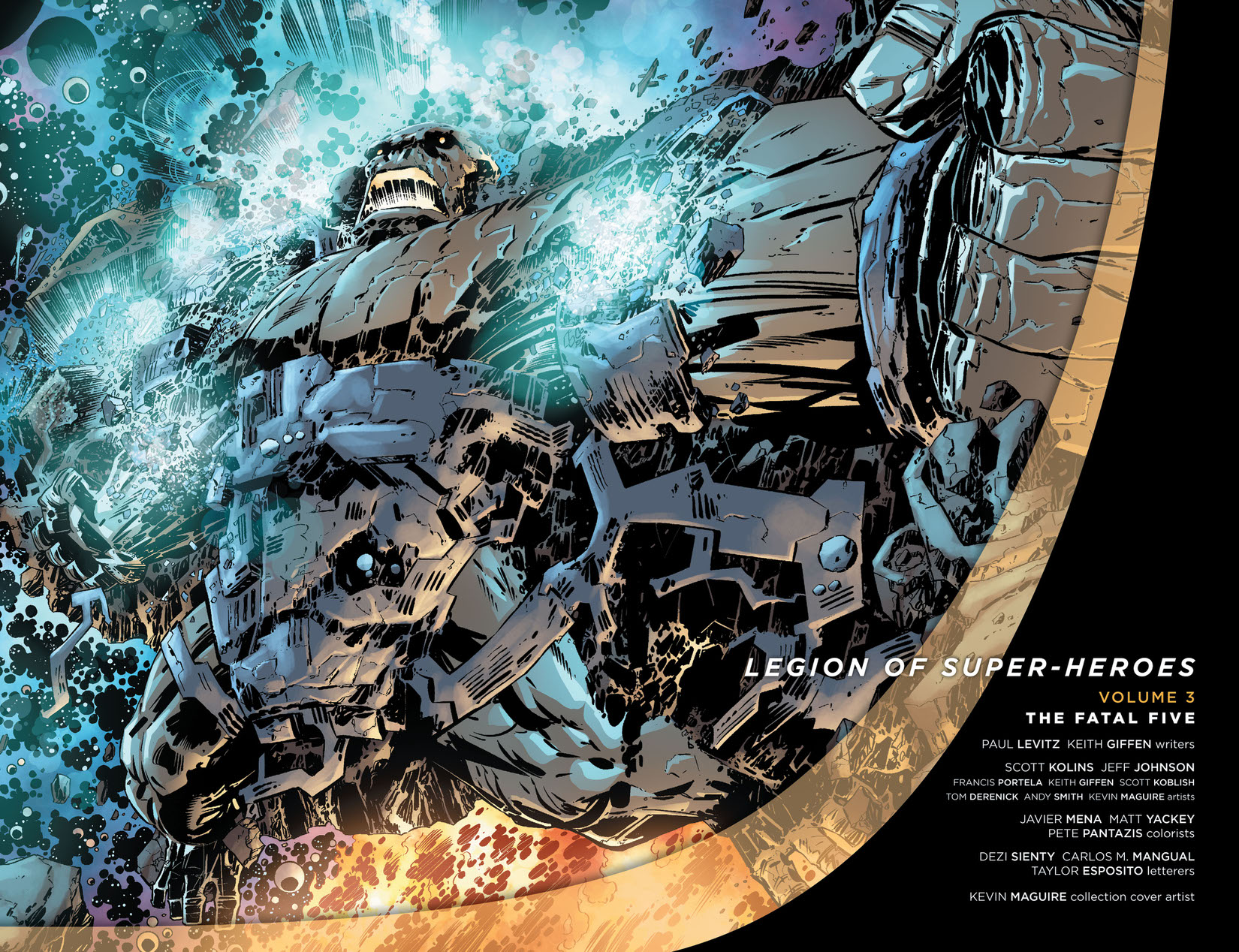 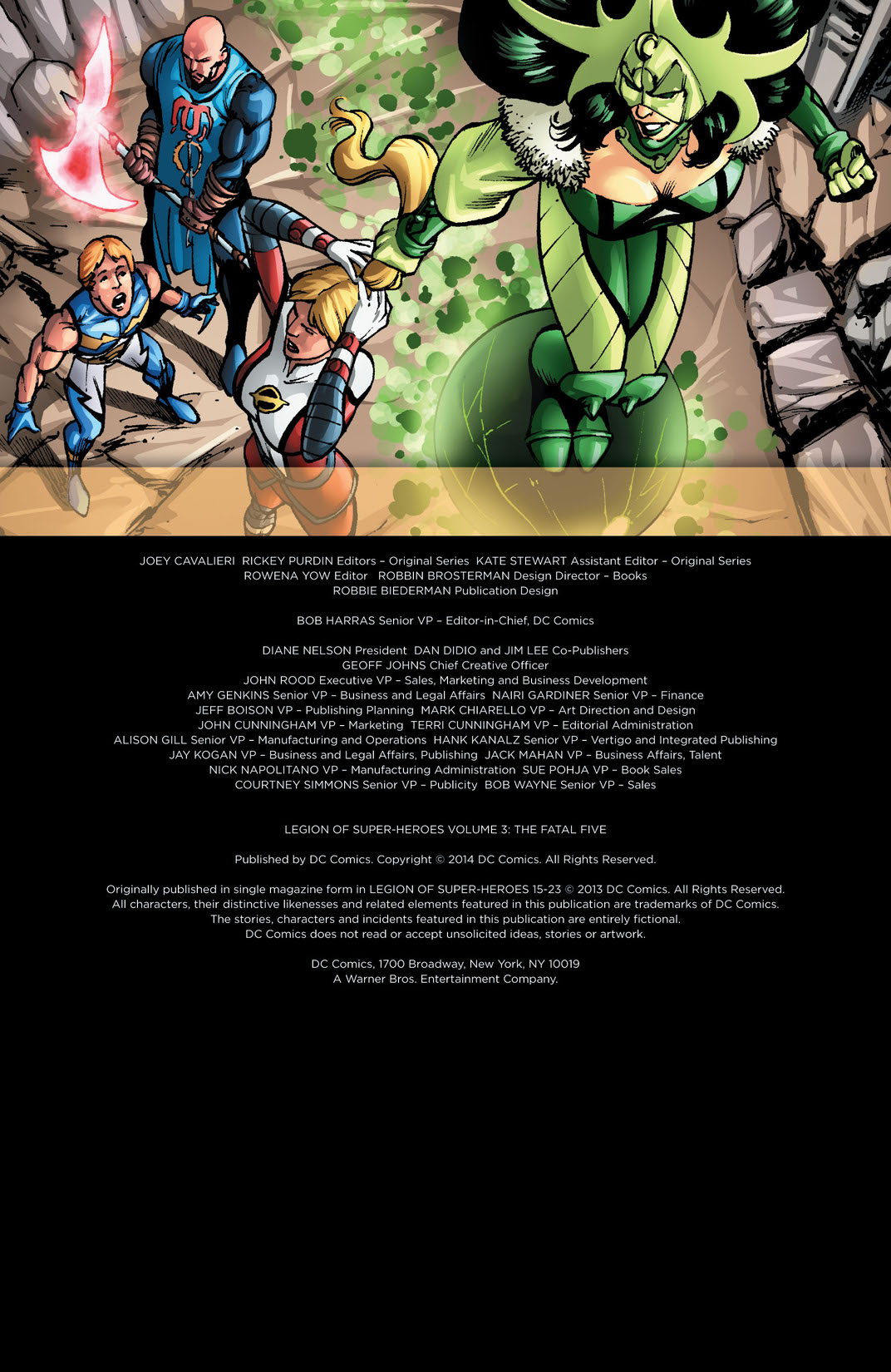 The Legion of Super-Heroes has remained safe from the machinations of the Fatal Five...until now. Mano, the Persuader, the Emerald Eye, Tharok and the destructive Validus have joined forces to put an end to the Legion and spread deathon a galactic scale. Can a scattered Legion of Super-Heroes stop them? Legendary 31st century super-team creators Paul Levitz and Keith Giffen reunite to tell their latest epic in LEGION OF SUPER-HEROES VOL. 3: THE FATAL FIVE. Collects LEGION OF SUPER-HEROES #15-23.