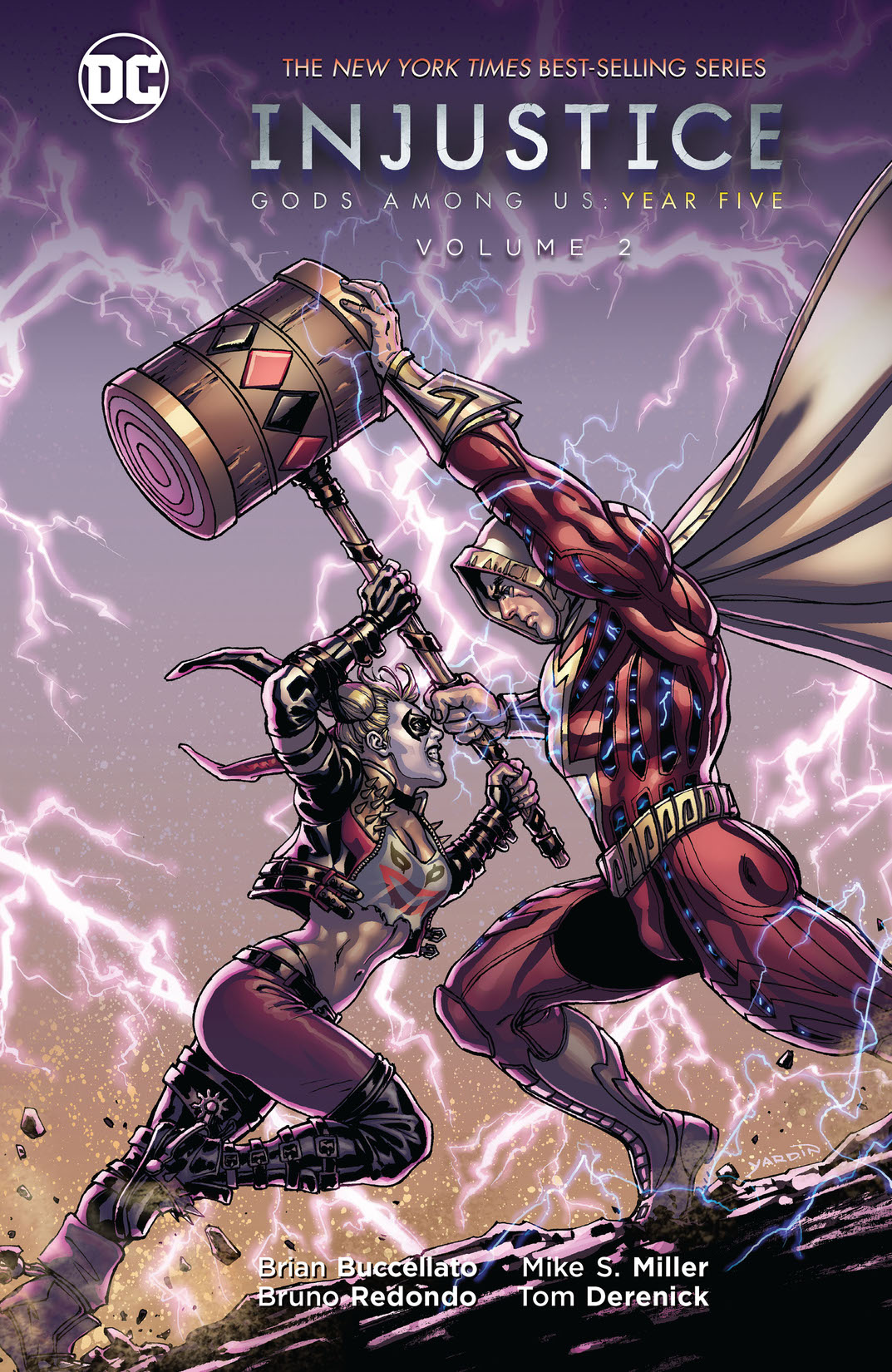 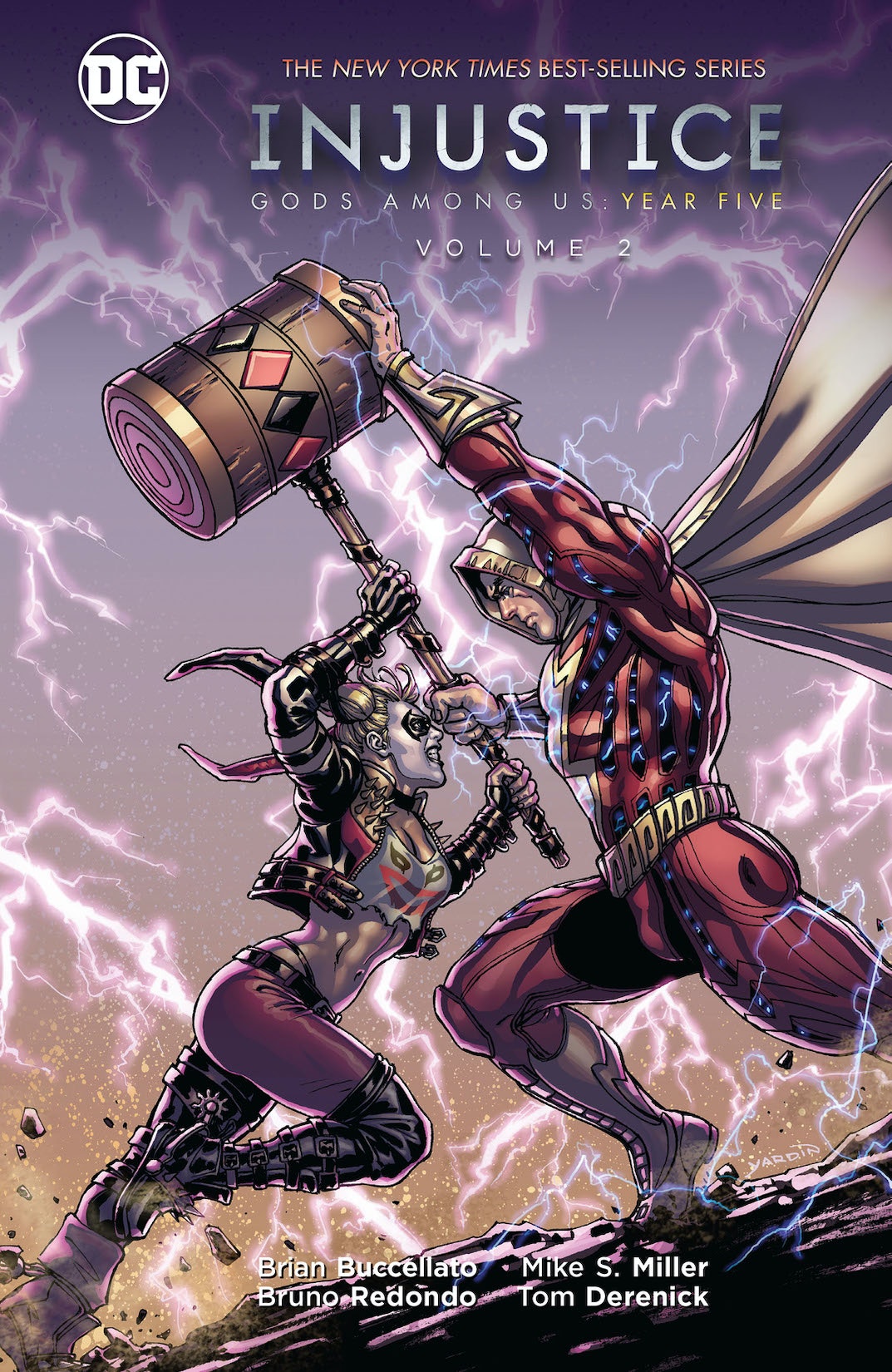 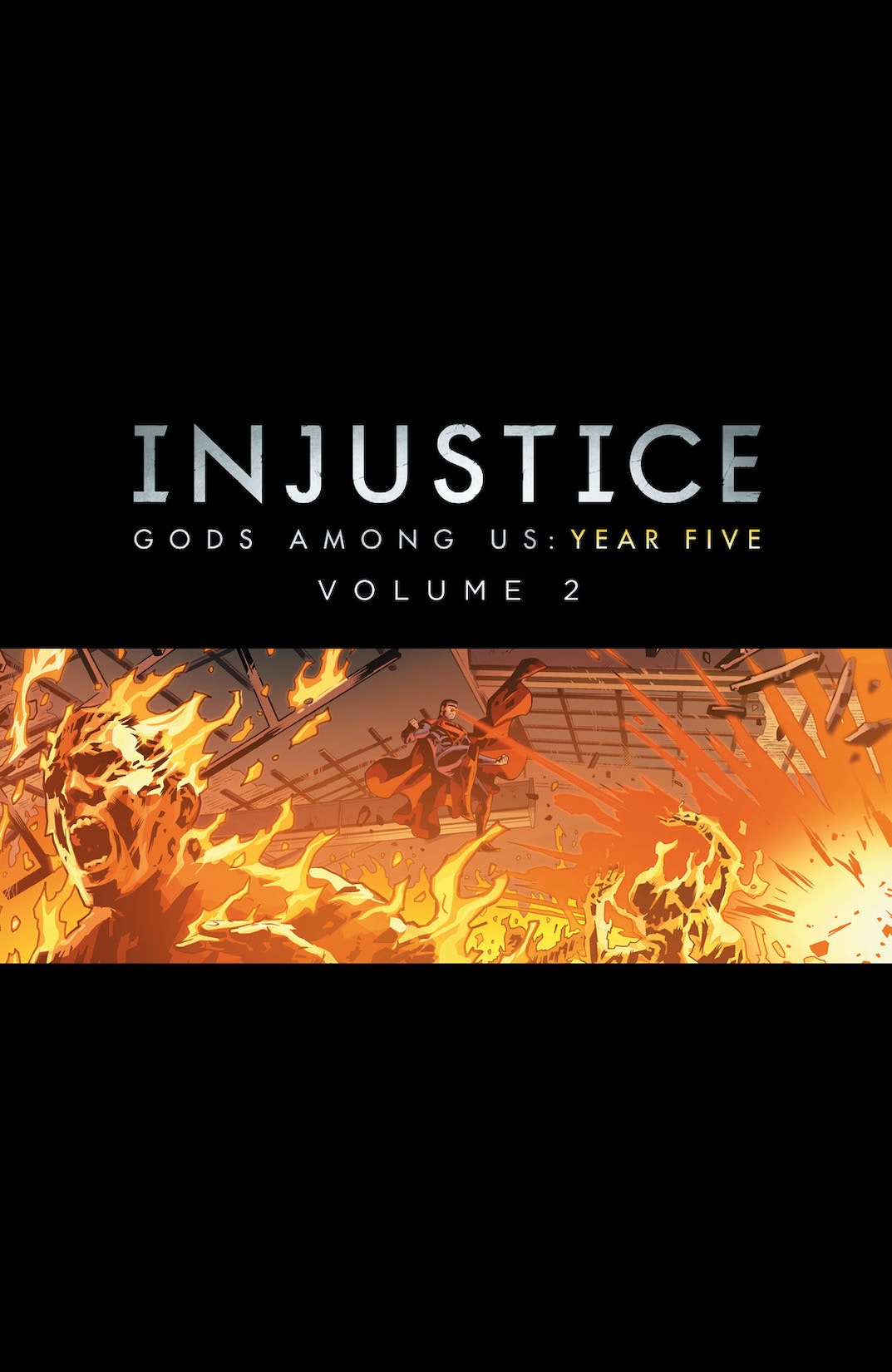 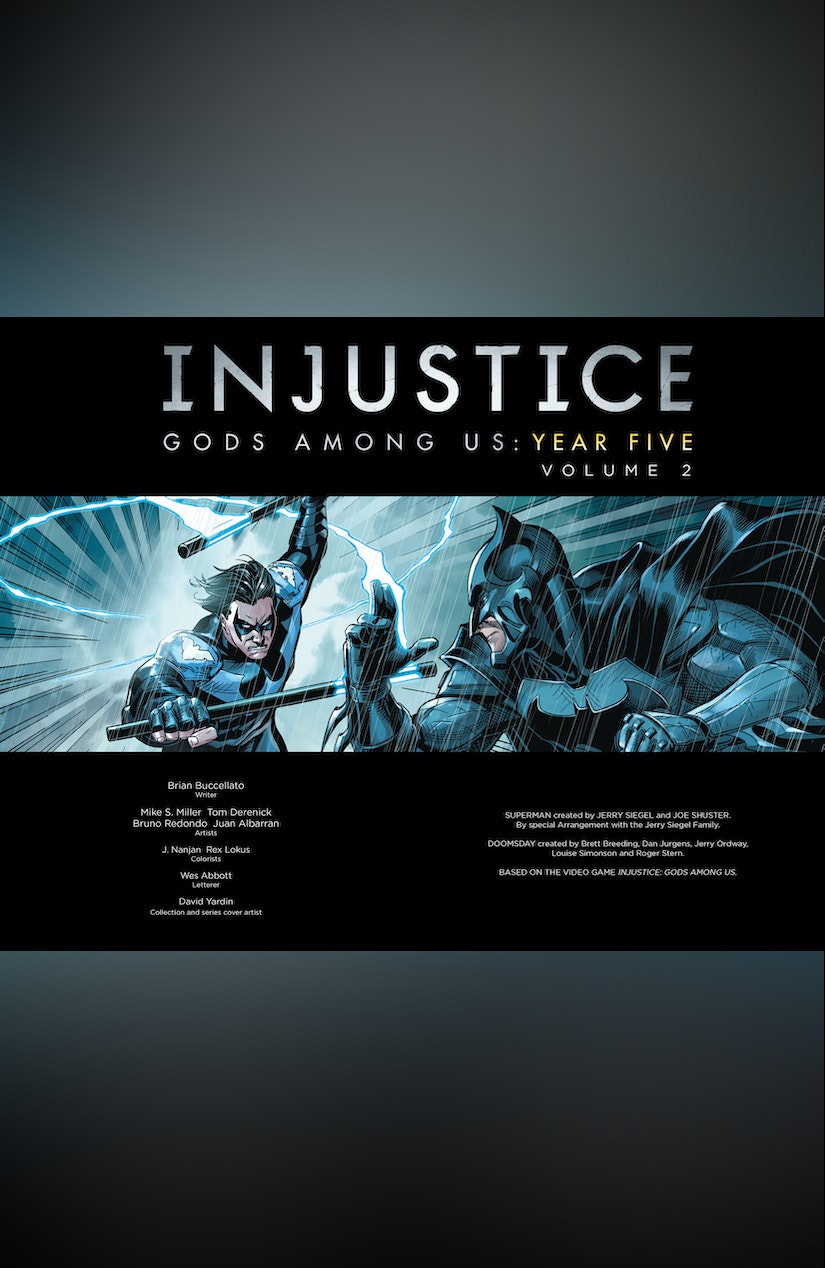 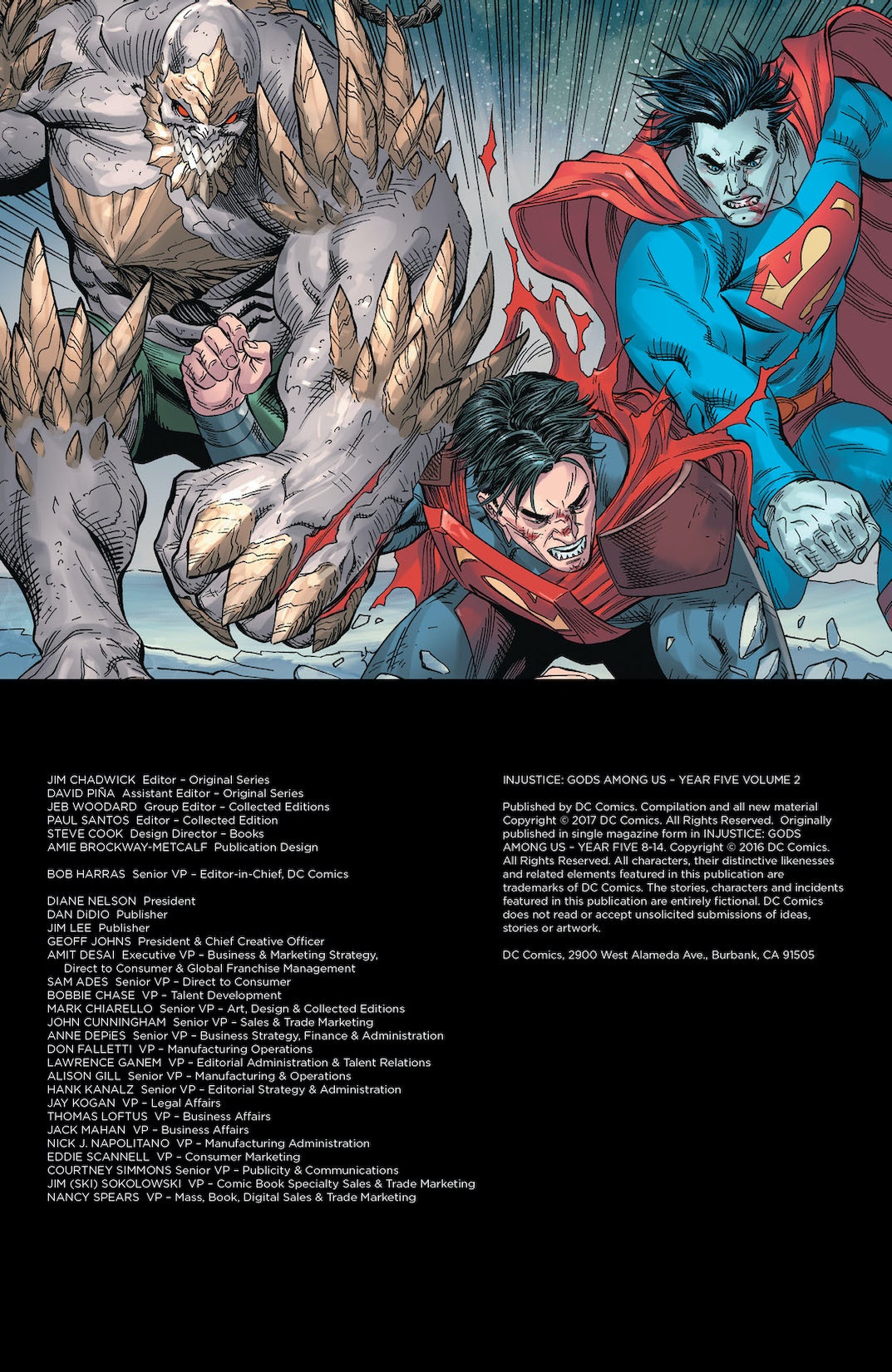 The final countdown to the world of the smash-hit video game continues! It’s Year Five of the Man of Steel’s iron-fisted dominion over all life on Earth, and the villains are taking center stage. CATWOMAN. She’s been one of the insurgency’s most stalwart soldiers. But when she returns to a life of crime and faces the new Nightwing—none other than Damian Wayne, the Son of Batman—will her nine lives run out? HARLEY QUINN. Between the Joker’s fanatical following, the righteous justice of Batwoman and the power of her new crush, Shazam, will she live to laugh another day? BIZARRO. When Lex Luthor and Doomsday team up to put an end to this warped mirror image of Superman’s reign of terror, can the misbegotten monster survive? ZSASZ. The horrifically scarred serial killer has committed a crime so heinous that only the combined might of Superman’s new right-hand man, Damian Wayne, and his greatest enemy—and Damian’s father, Batman—can set things right… Experience the horror, power and grandeur of the video game-inspired comic that’s become a phenomenon in its own right in INJUSTICE: GODS AMONG US: YEAR FIVE VOL. 2, from writer Brian Buccellato and a team of talented artists! Collects issues #8-14.

Injustice: Gods Among Us #1

Injustice: Gods Among Us #2

Injustice: Gods Among Us #3

Injustice: Gods Among Us #4

Injustice: Gods Among Us #5

Injustice: Gods Among Us #6