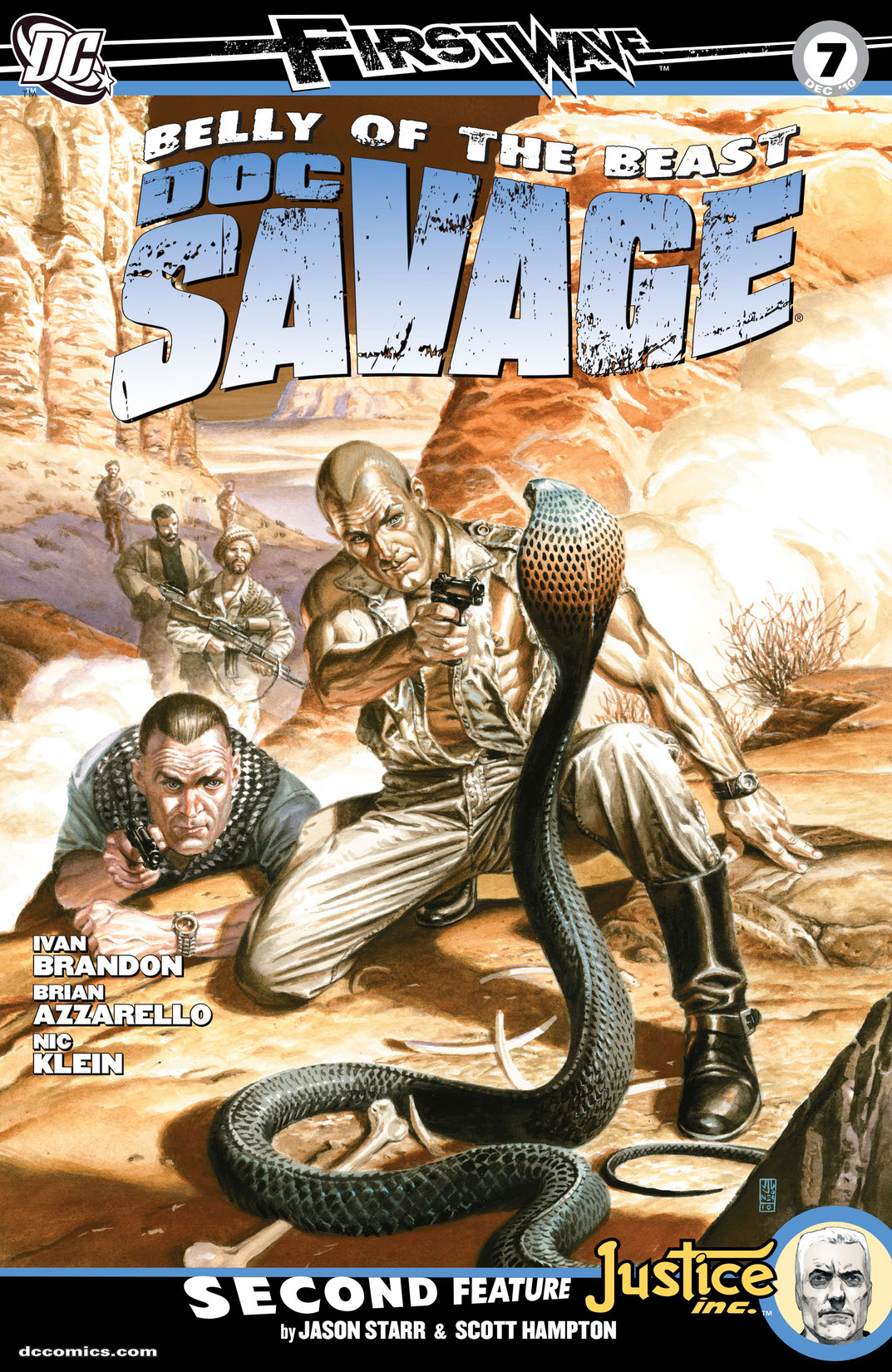 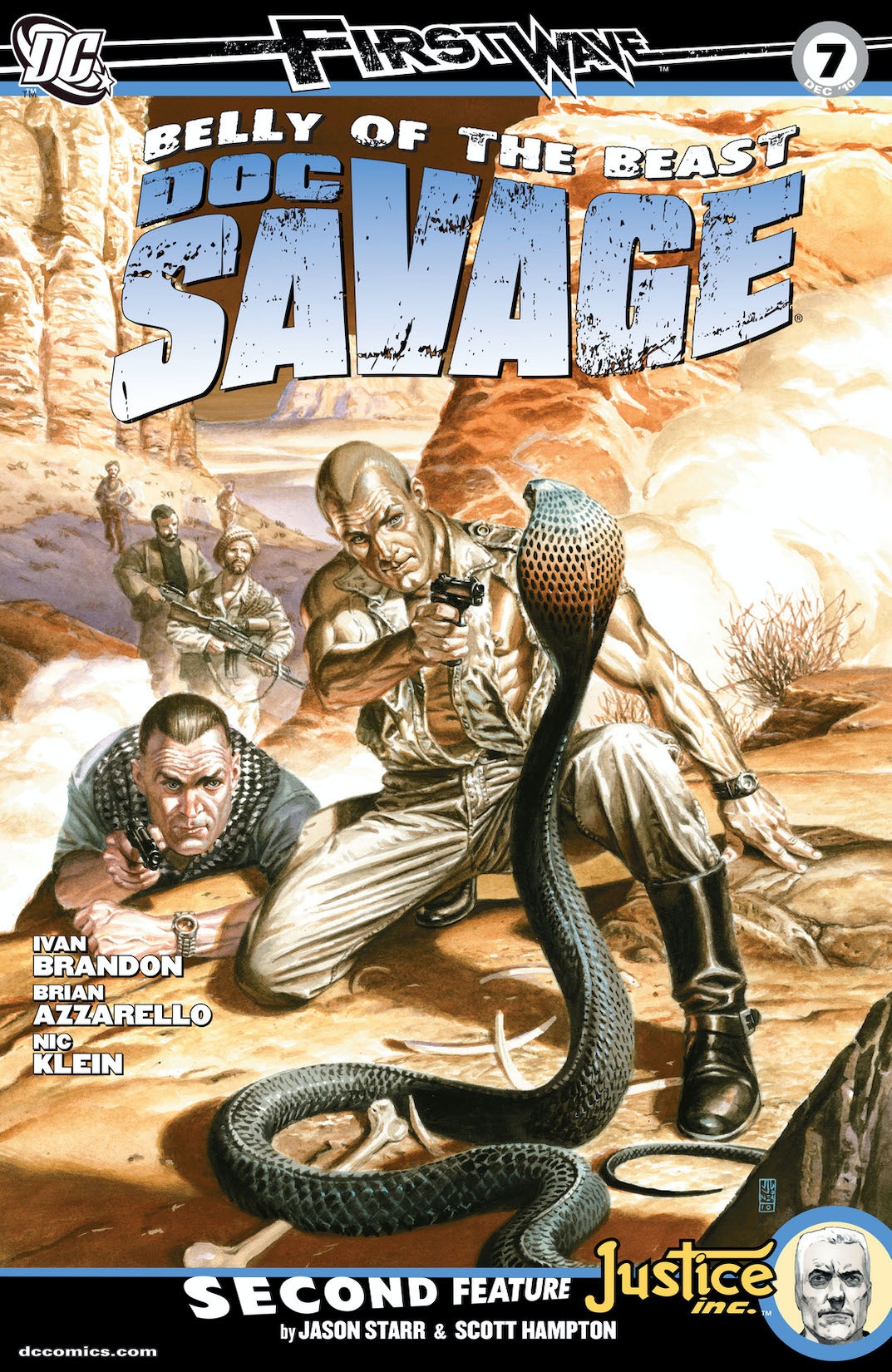 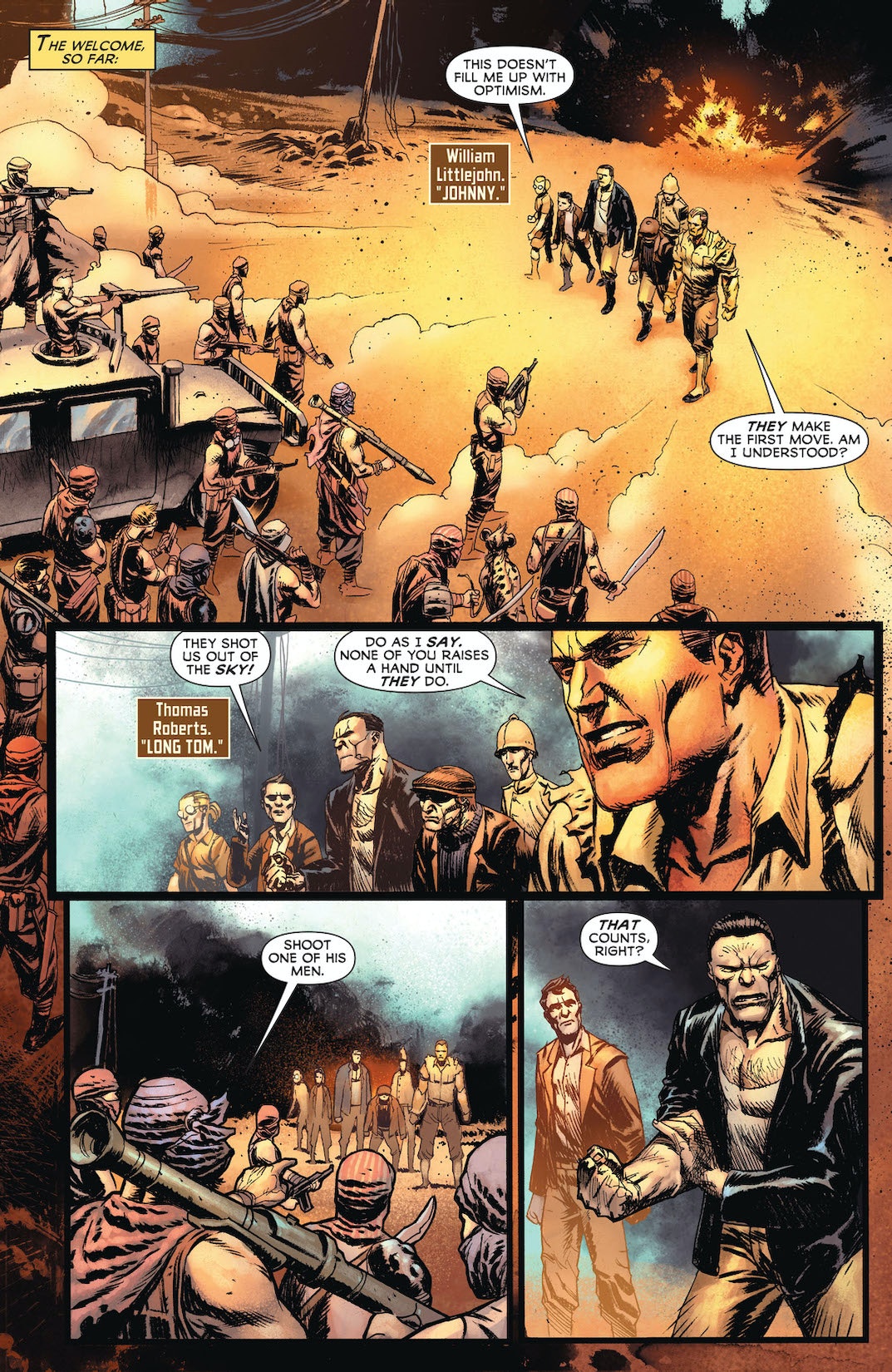 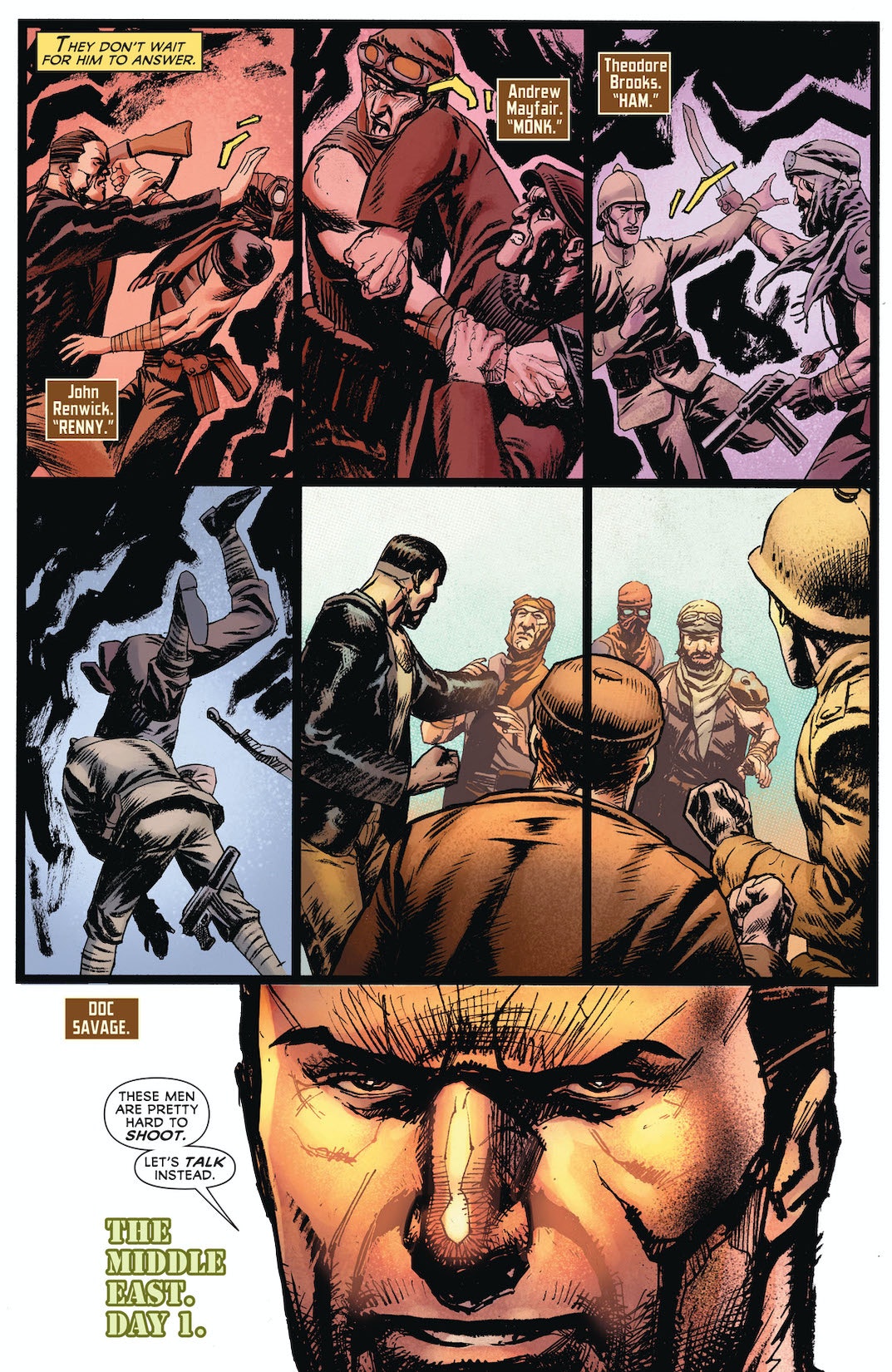 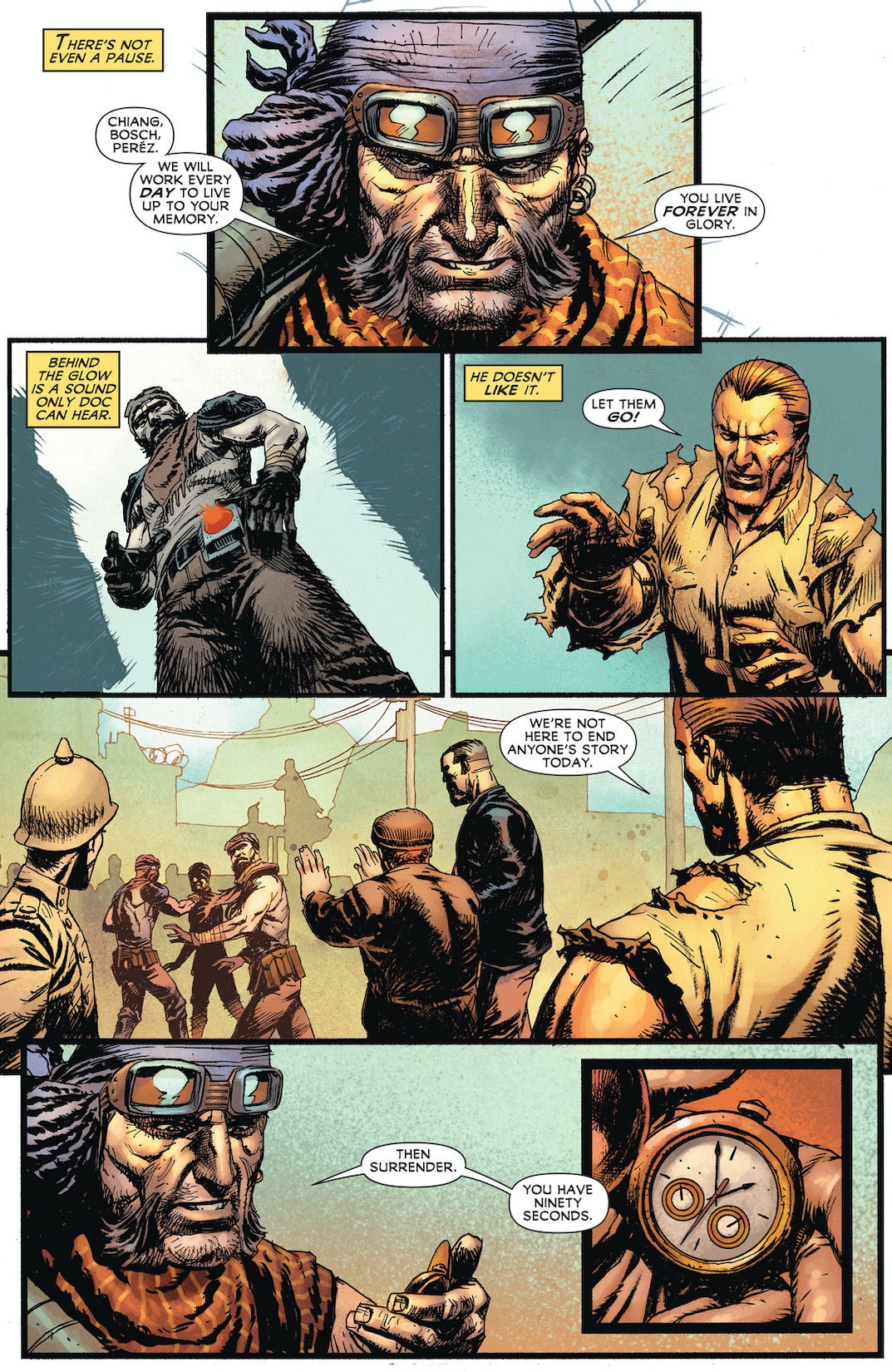 One of Doc's closest friends is lost among the shifting sands of the Forbidden Zone, and Doc'll have to fight his way through the Zone's battle-hardened inhabitants before he can come face to face with the monster holding his ally captive: the Two Who Are One! And in the JUSTICE, INC. co-feature, Smitty is hot on the trail of the two-bit thug he's made the target of his bloodlust.