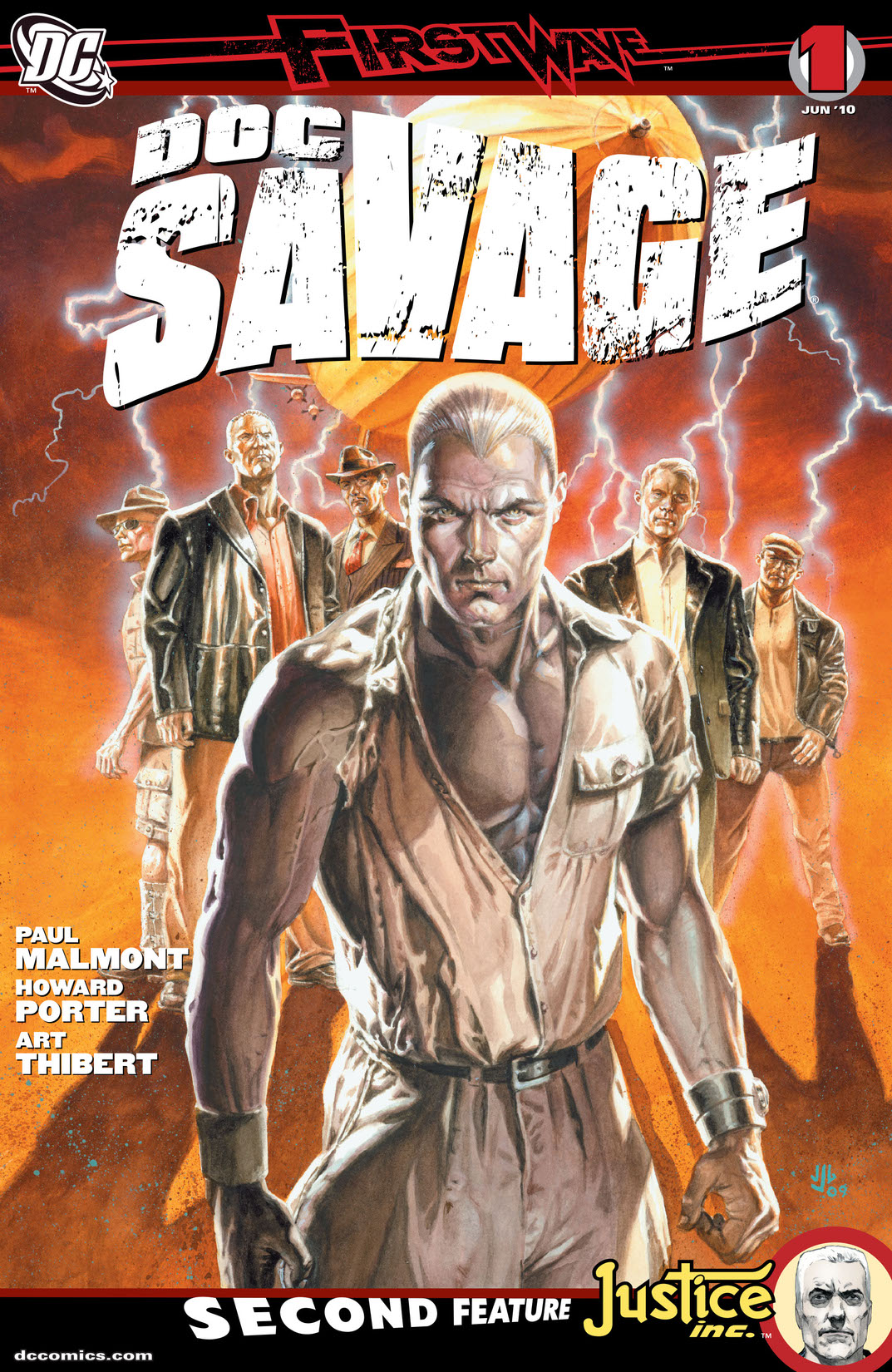 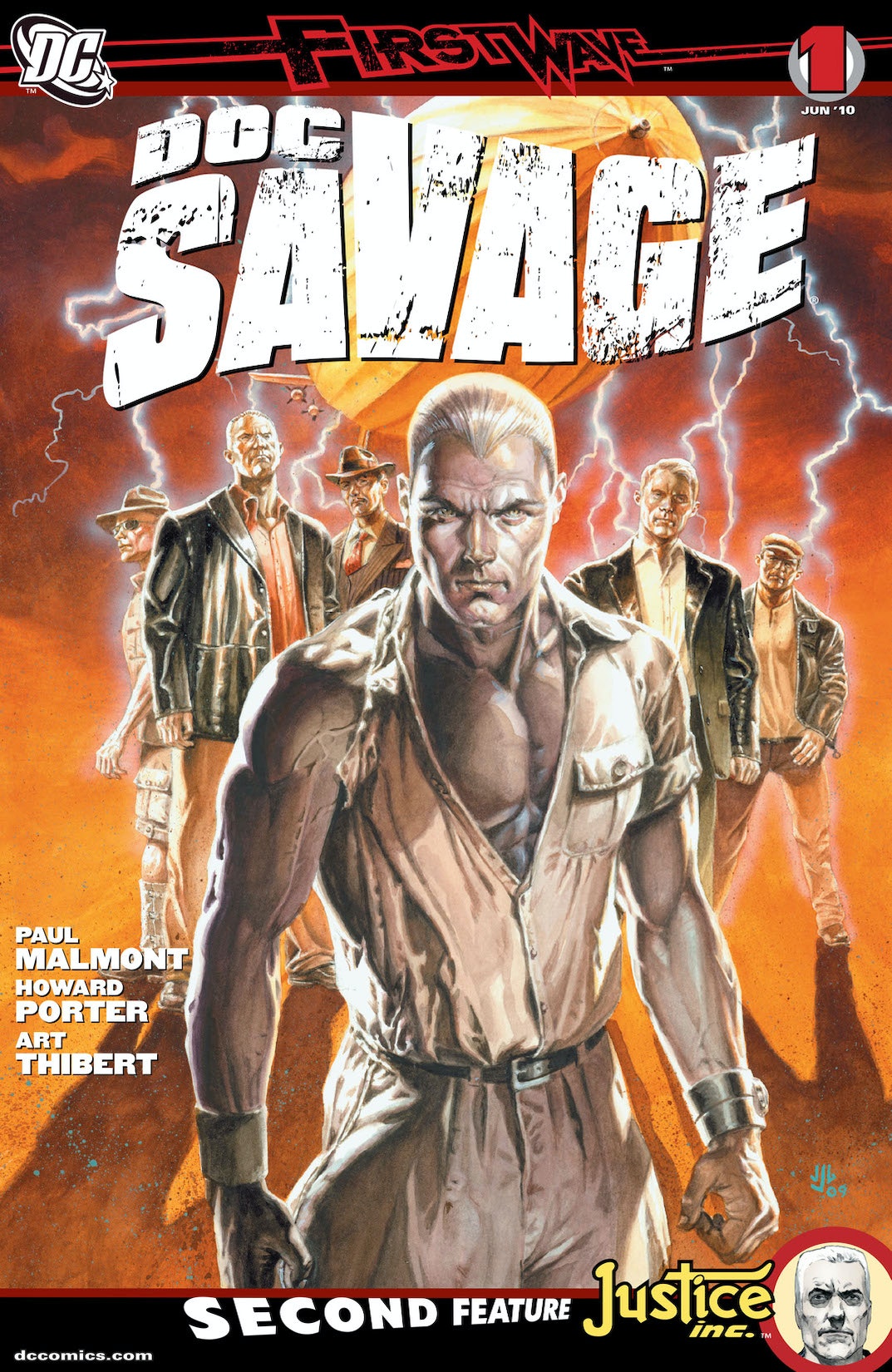 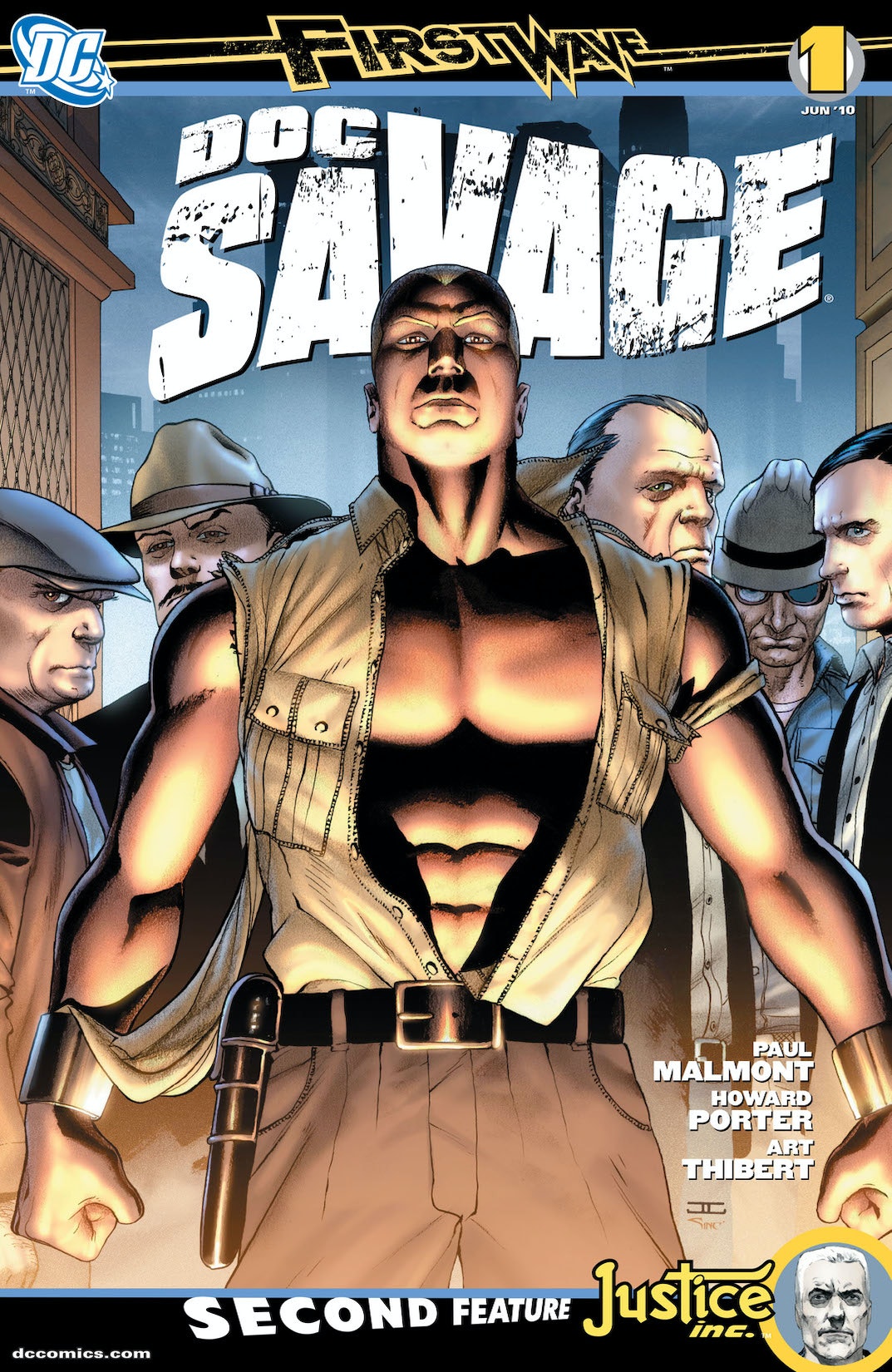 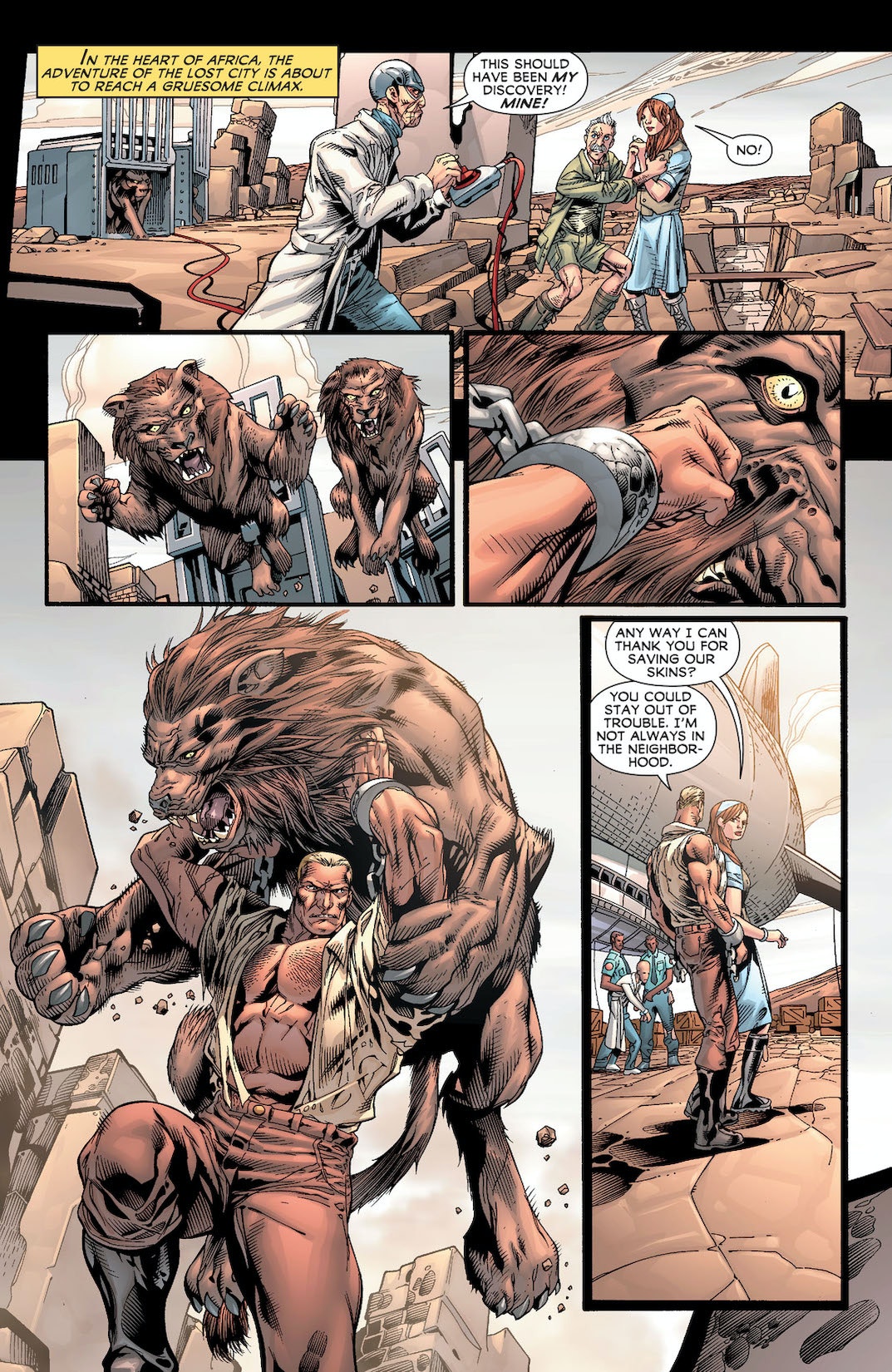 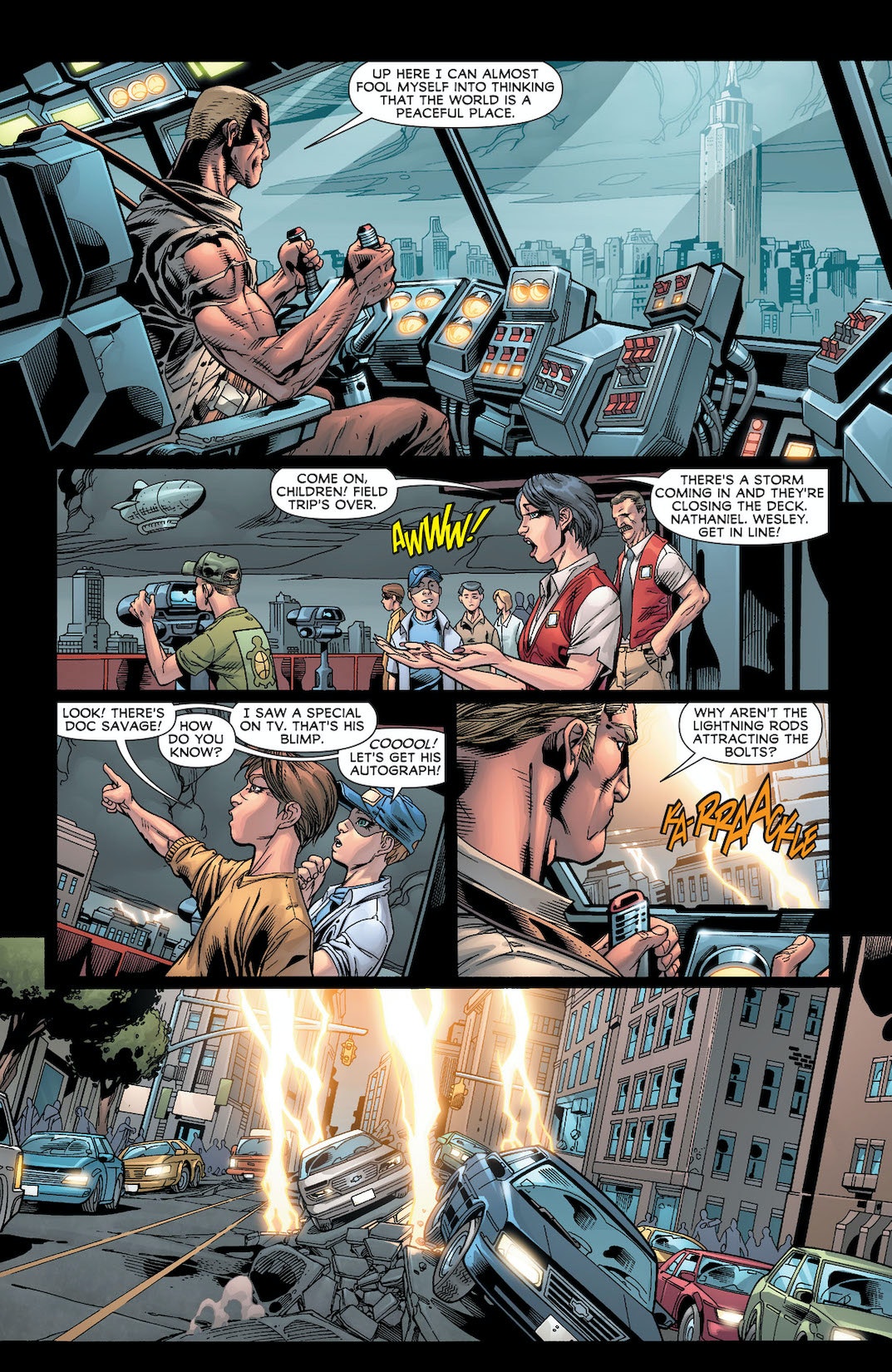 Lord of Lightning' part 1! Doc Savage is the target of a brazen attack in New York City! Tragedy will strike one of Doc's compatriots, and someone may not survive the opening pages. And don't miss the hard-hitting co-feature, starring Richard Benson, the Avenger! When criminals abduct one of his own detectives, Benson's icy heart sears with a rage hotter than any he's ever known.