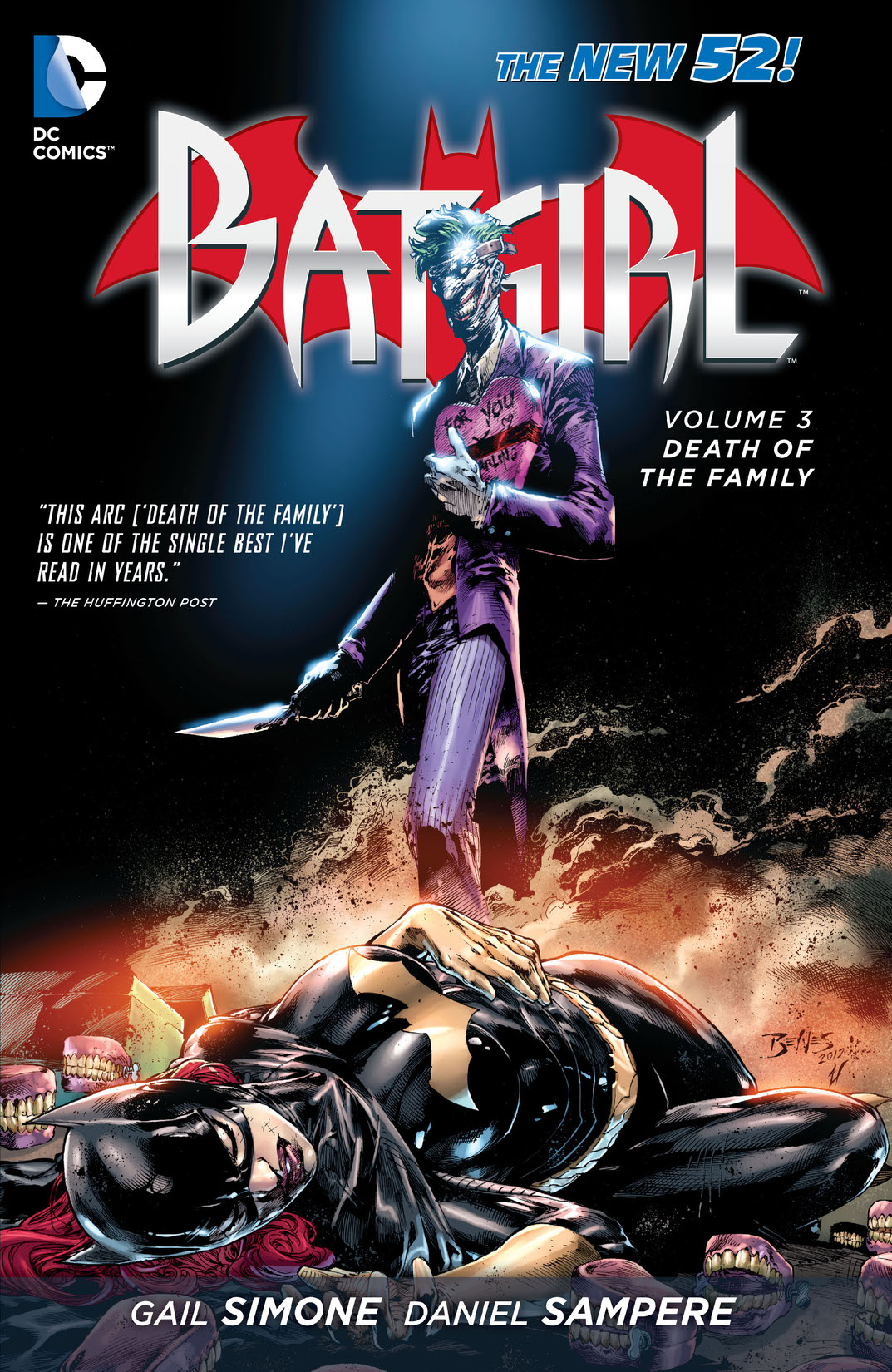 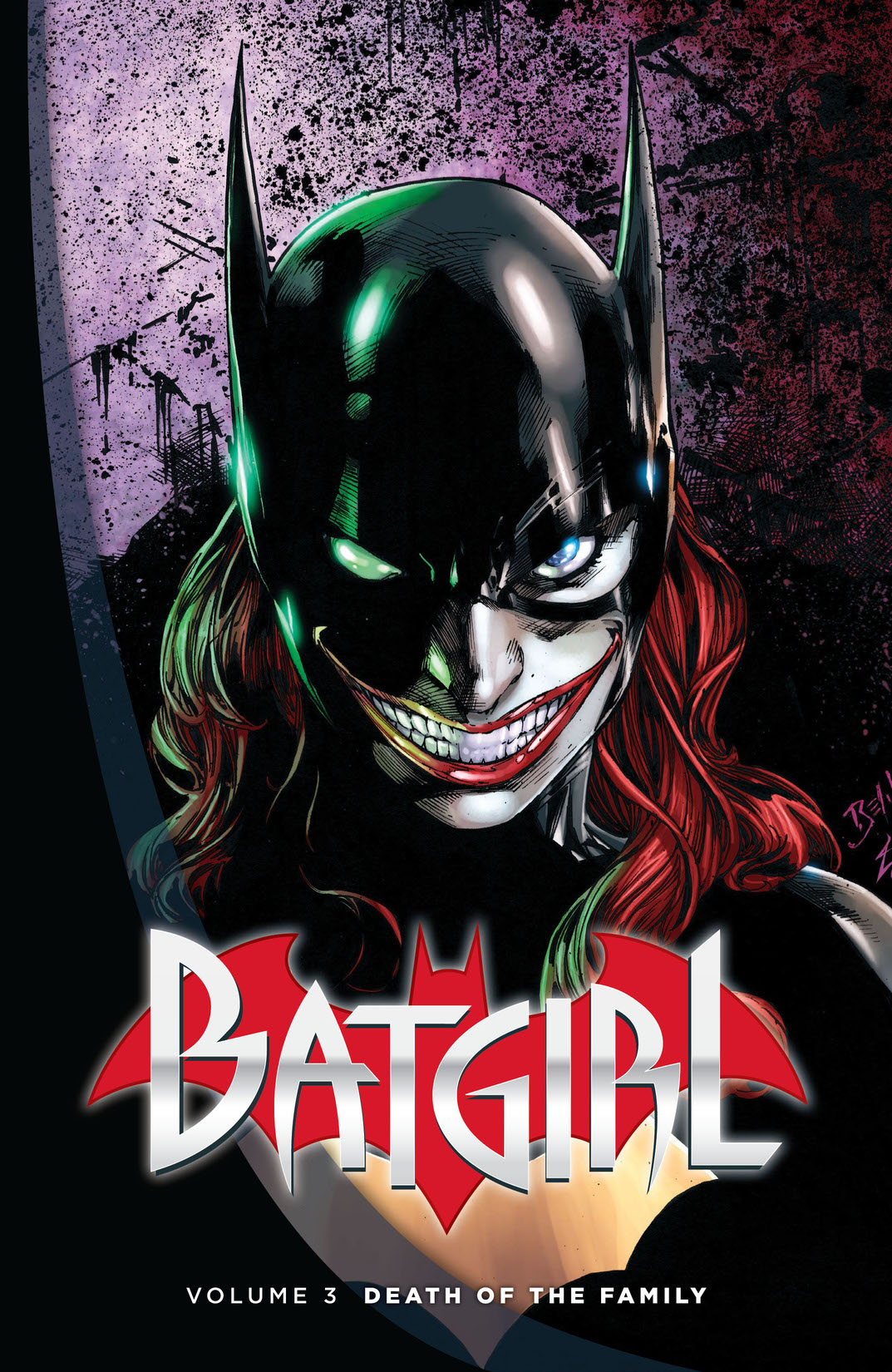 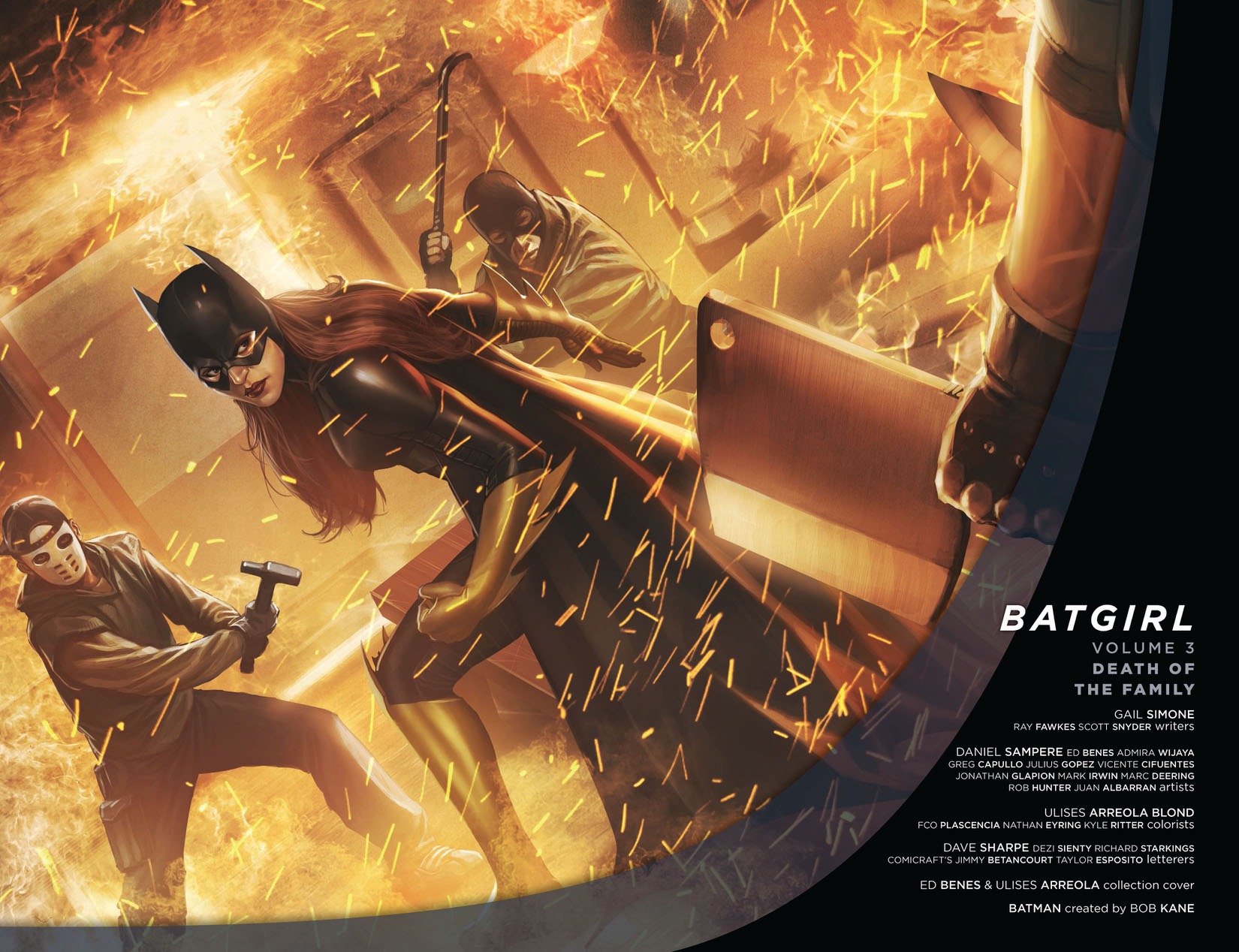 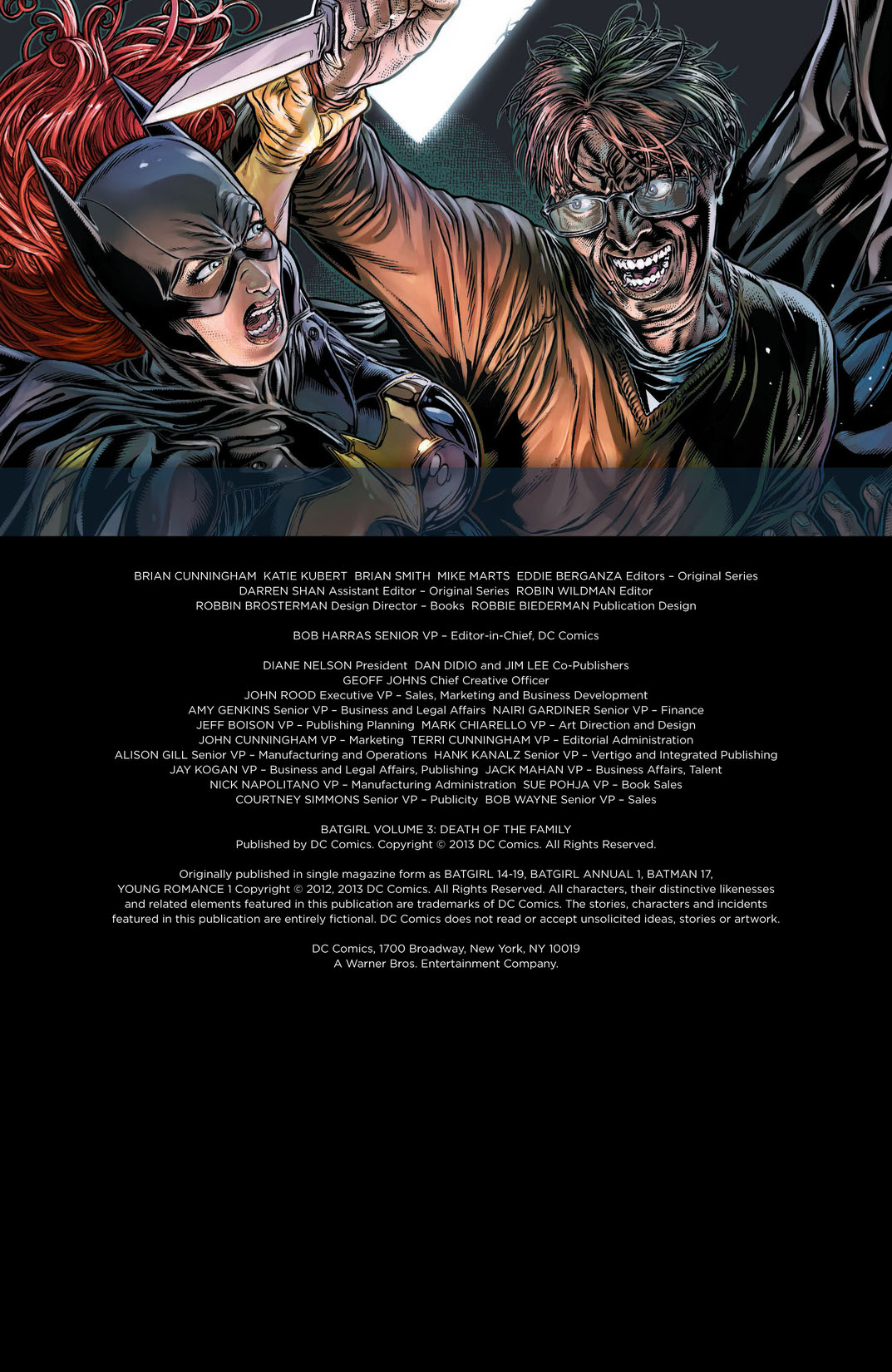 Three years ago, the Joker took everything from Barbara Gordon. Now he wants more. Returning to Gotham City after a long absence, the Clown Prince of Crime is out to free Batman from his closest allies-his “family.” He targets Batgirl, putting Barbara face-to-face with her worst nightmare: the man who put her in a wheelchair. But the attack on her and her fellow Bat-heroes is only the beginning of Batgirl’s family problems. Her mother - newly returned after more than a decade of estrangement - has been captured. Her father has been poisoned. And her brother, psychopathic Arkham Asylum escapee, may actually be working with the Joker. Can Batgirl save the lives of the people she is closest to from the two maniacs who have hurt her most? BATGIRL: DEATH OF THE FAMILY is a searing tale of the blood ties that bind, from writers Gail Simone (SECRET SIX) and Ray Fawkes (CONSTANTINE) and artists Daniel Sampere (TRINITY OF SIN: PANDORA) and Ed Benes (BIRDS OF PREY). Collects BATGIRL #14-19, BATGIRL ANNUAL #1 and BATMAN #17.