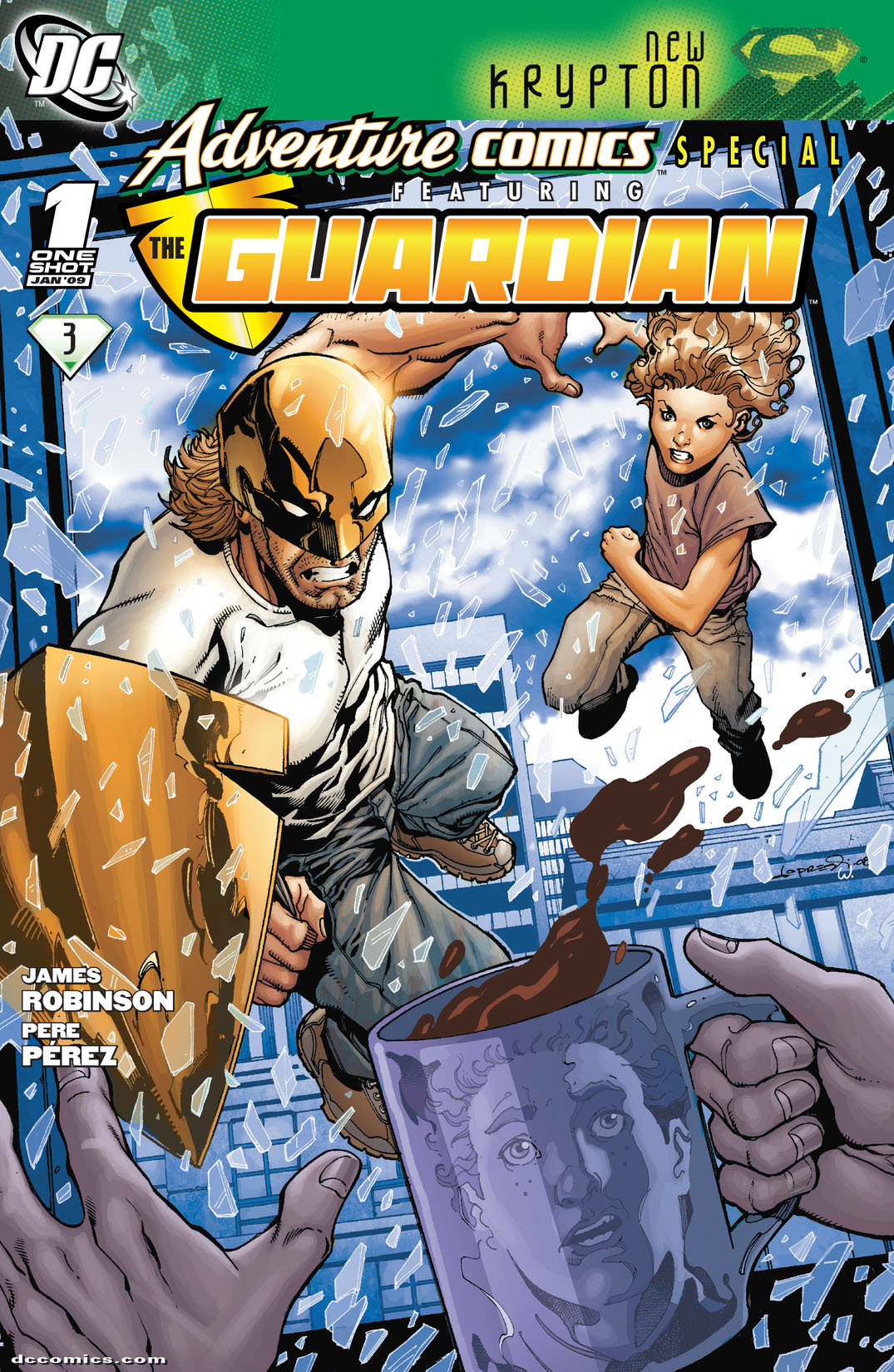 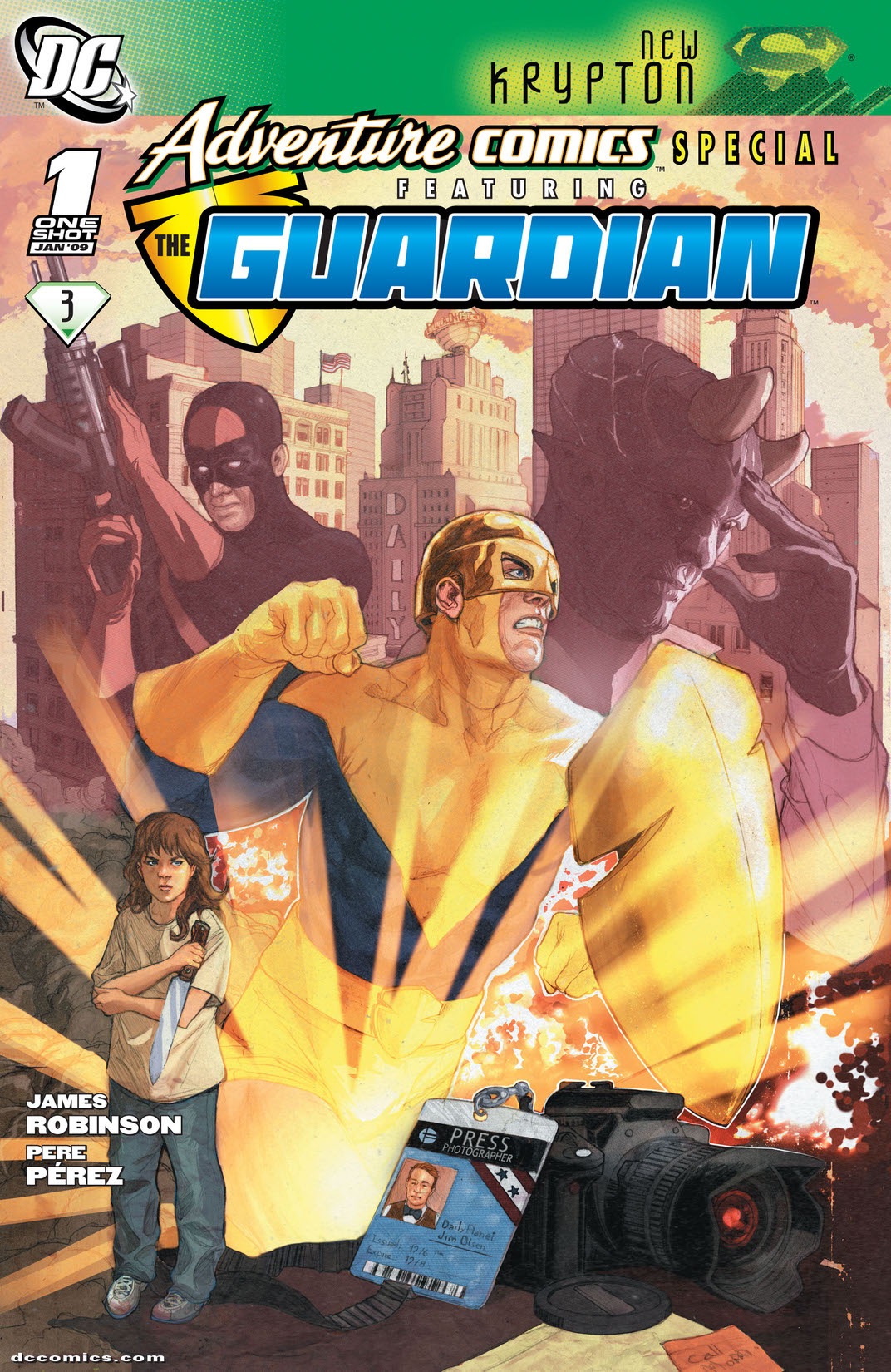 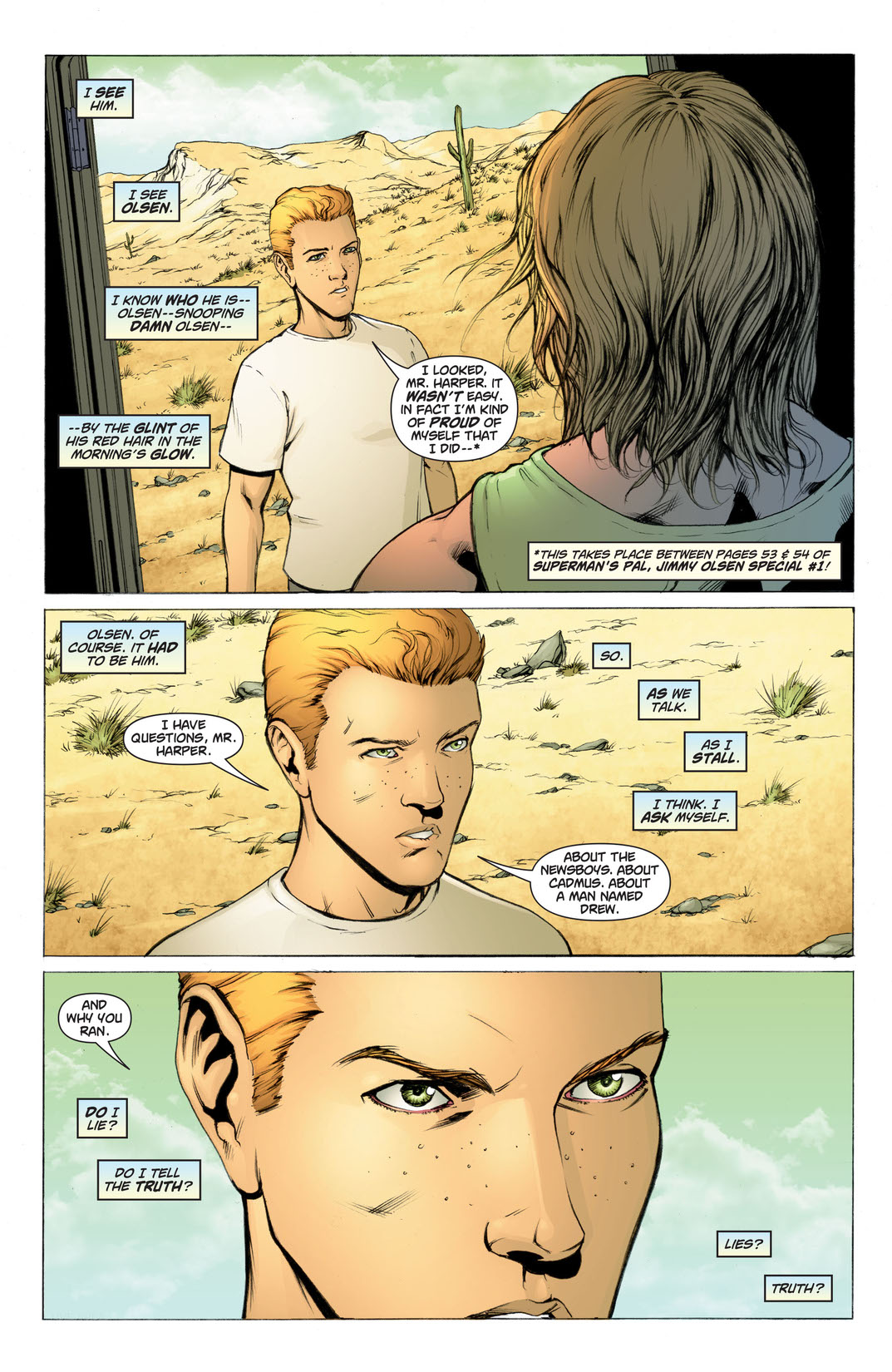 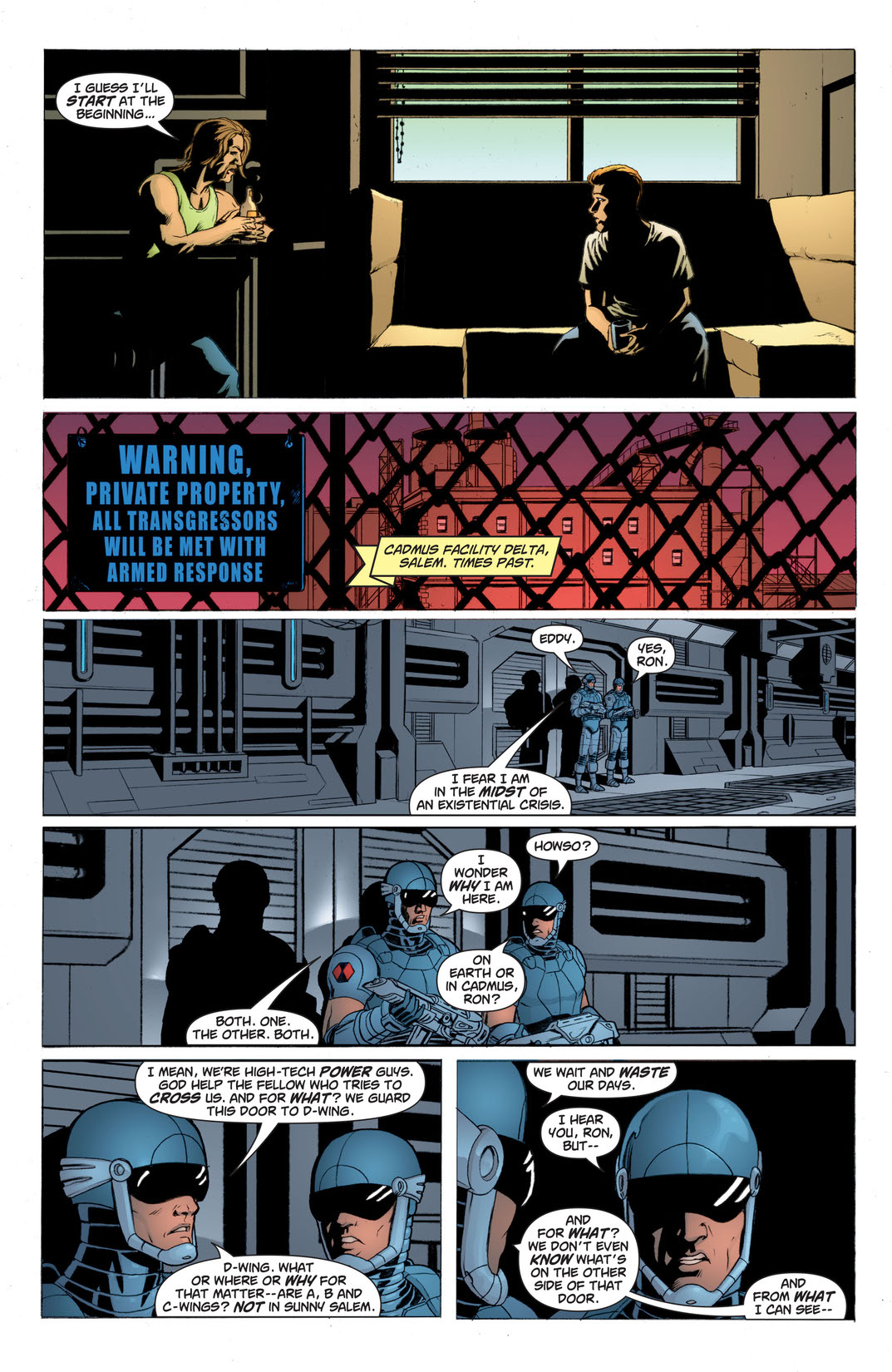 New Krypton' part 3! At last! The true origin of the Guardian of Metropolis is revealed! Following directly on from last month's SUPERMAN'S PAL, JIMMY OLSEN SPECIAL #1, we learn the fantastic and sometimes terrible past of one of DC's most mysterious heroes. How did the first clone of the Golden Age Guardian come into existence at the hands of the Cadmus Project? We'll also introduce a mysterious young girl the Guardian has sworn to protect—even at the expense of the Cadmus Project, and, if need be, his very life!