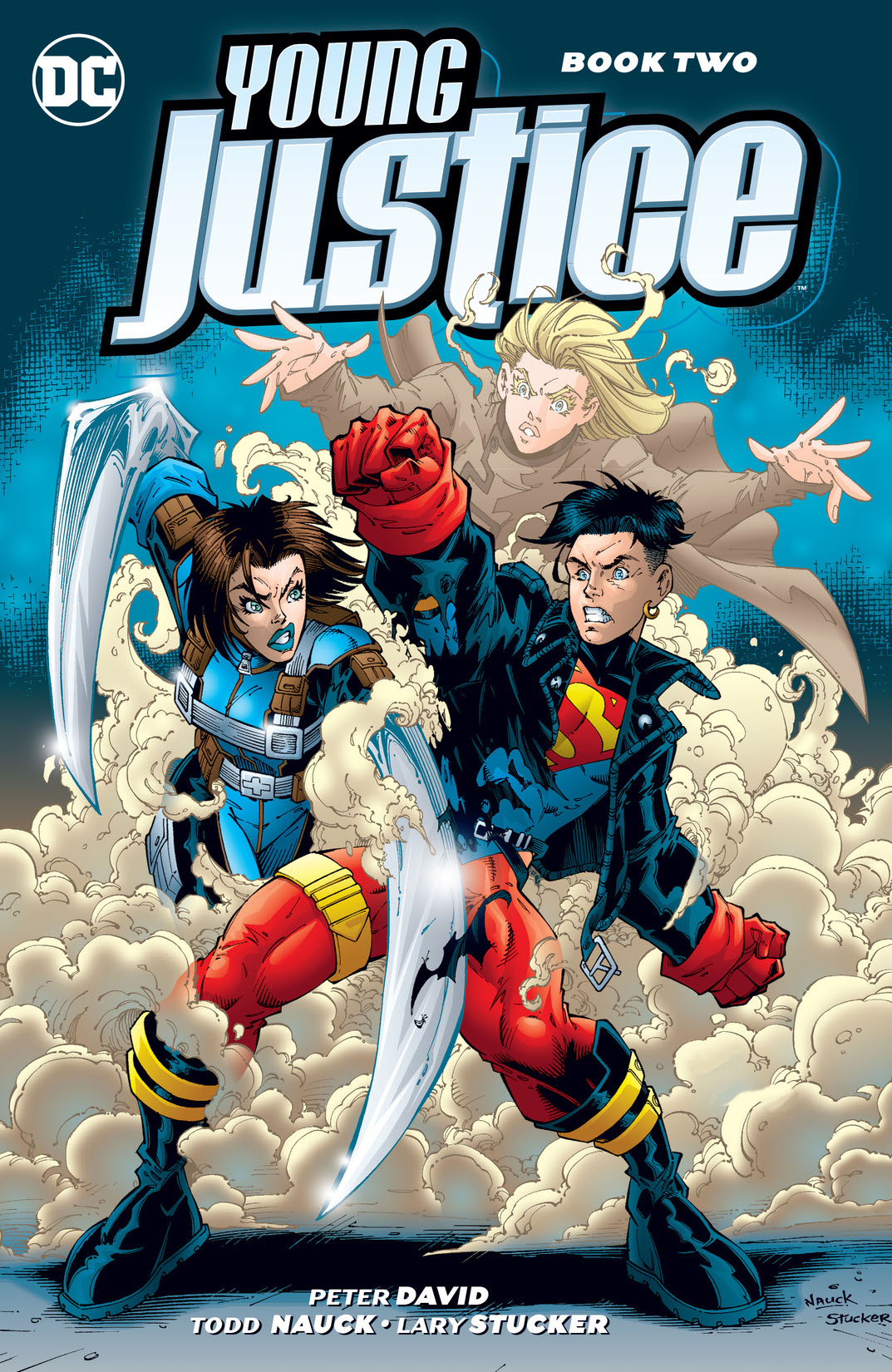 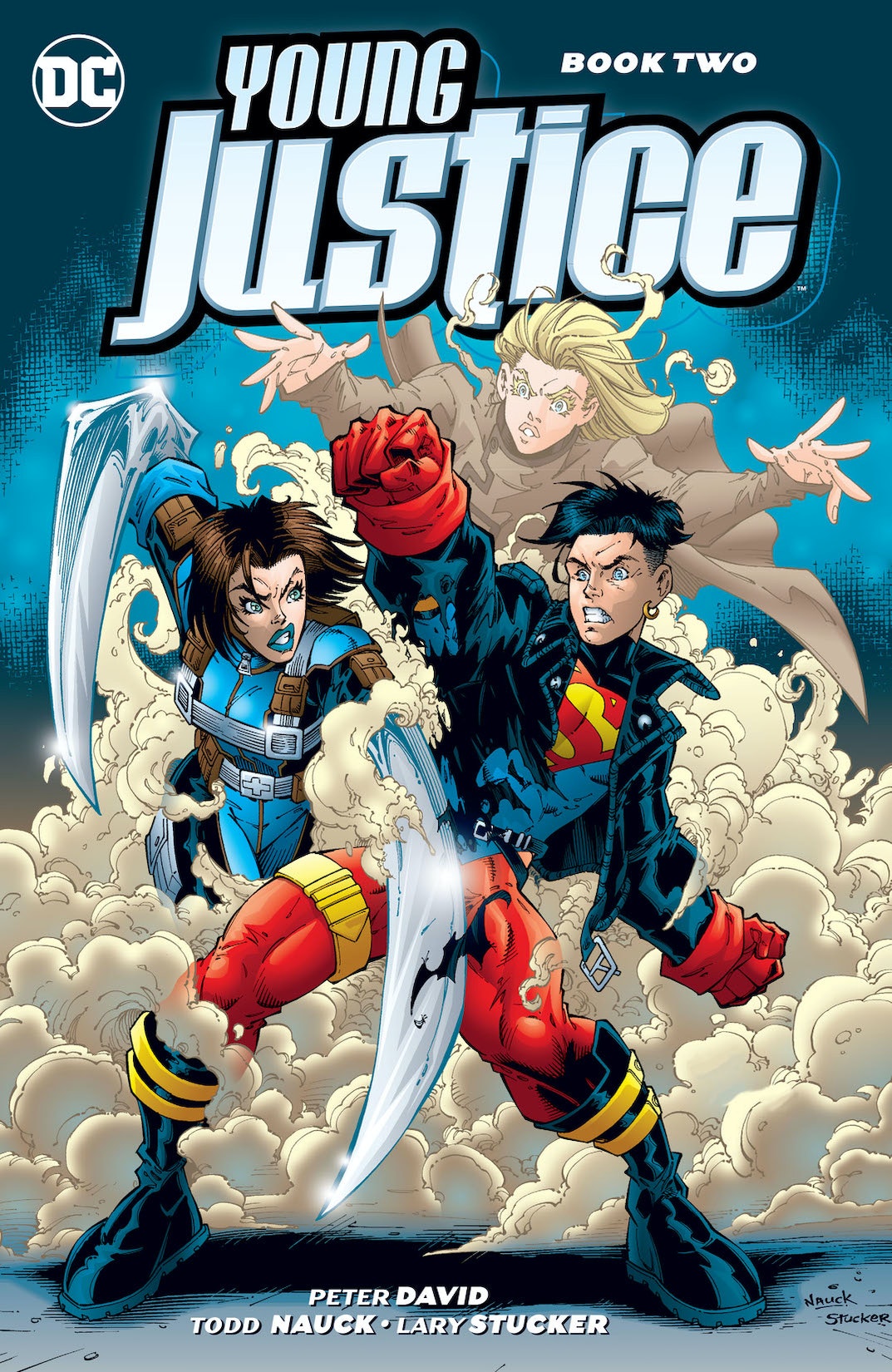 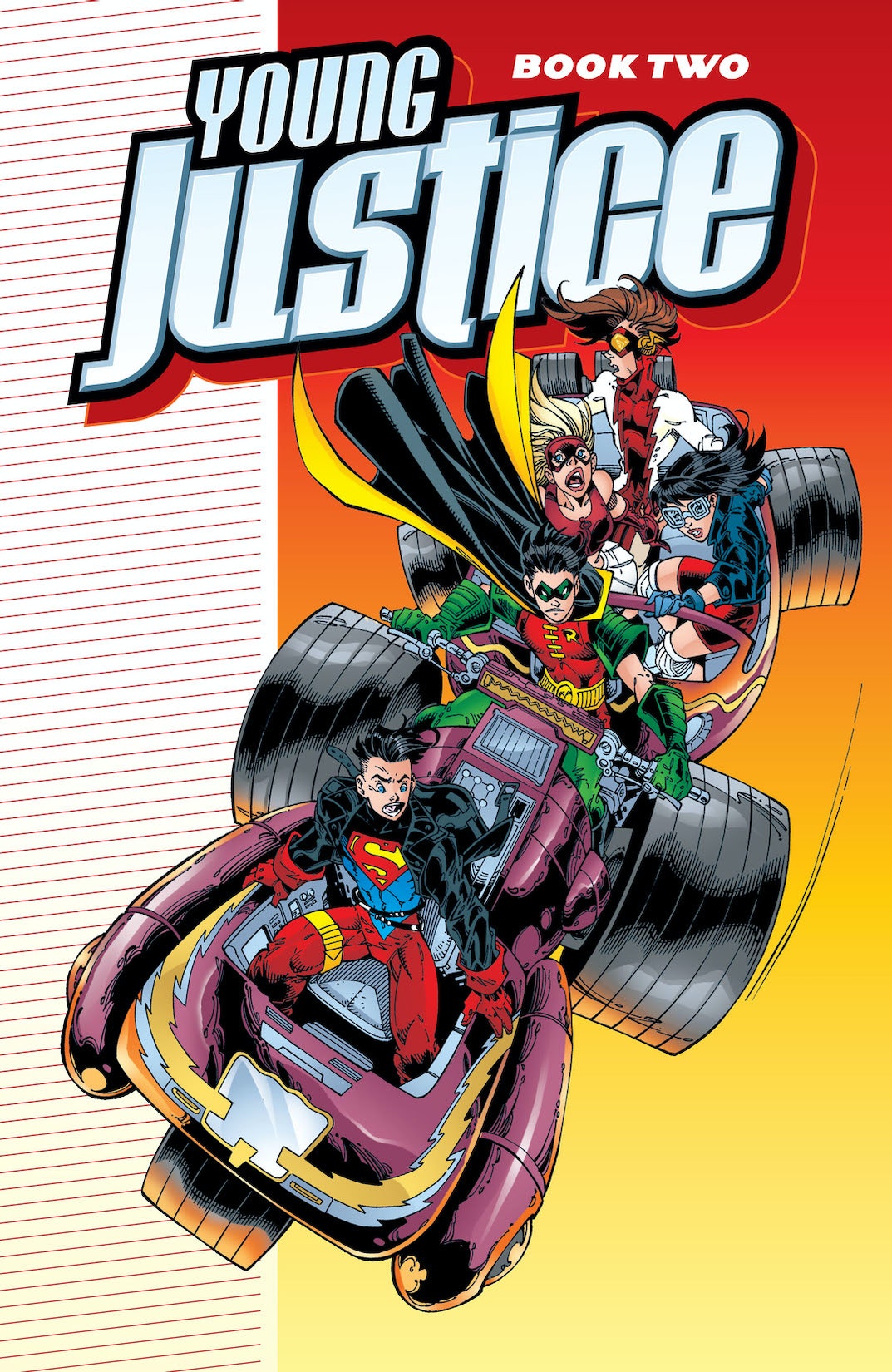 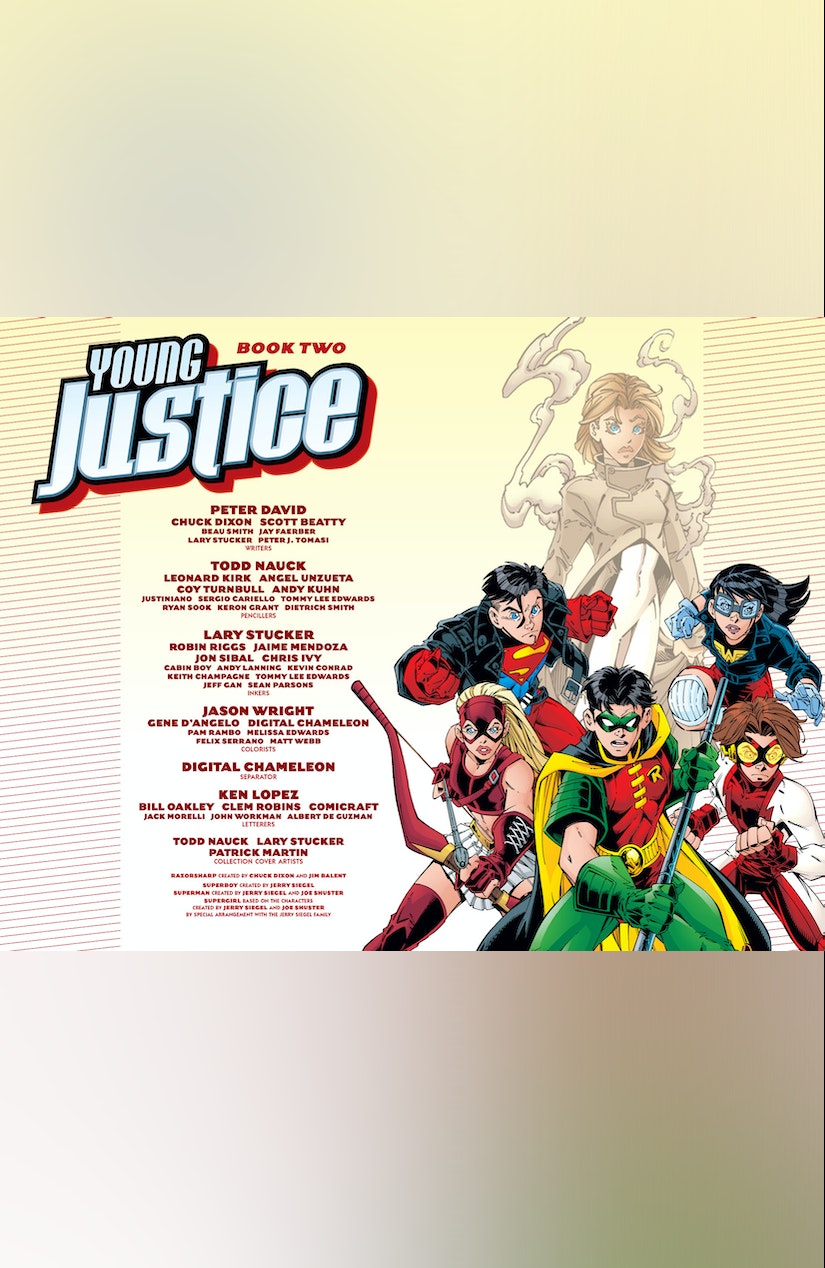 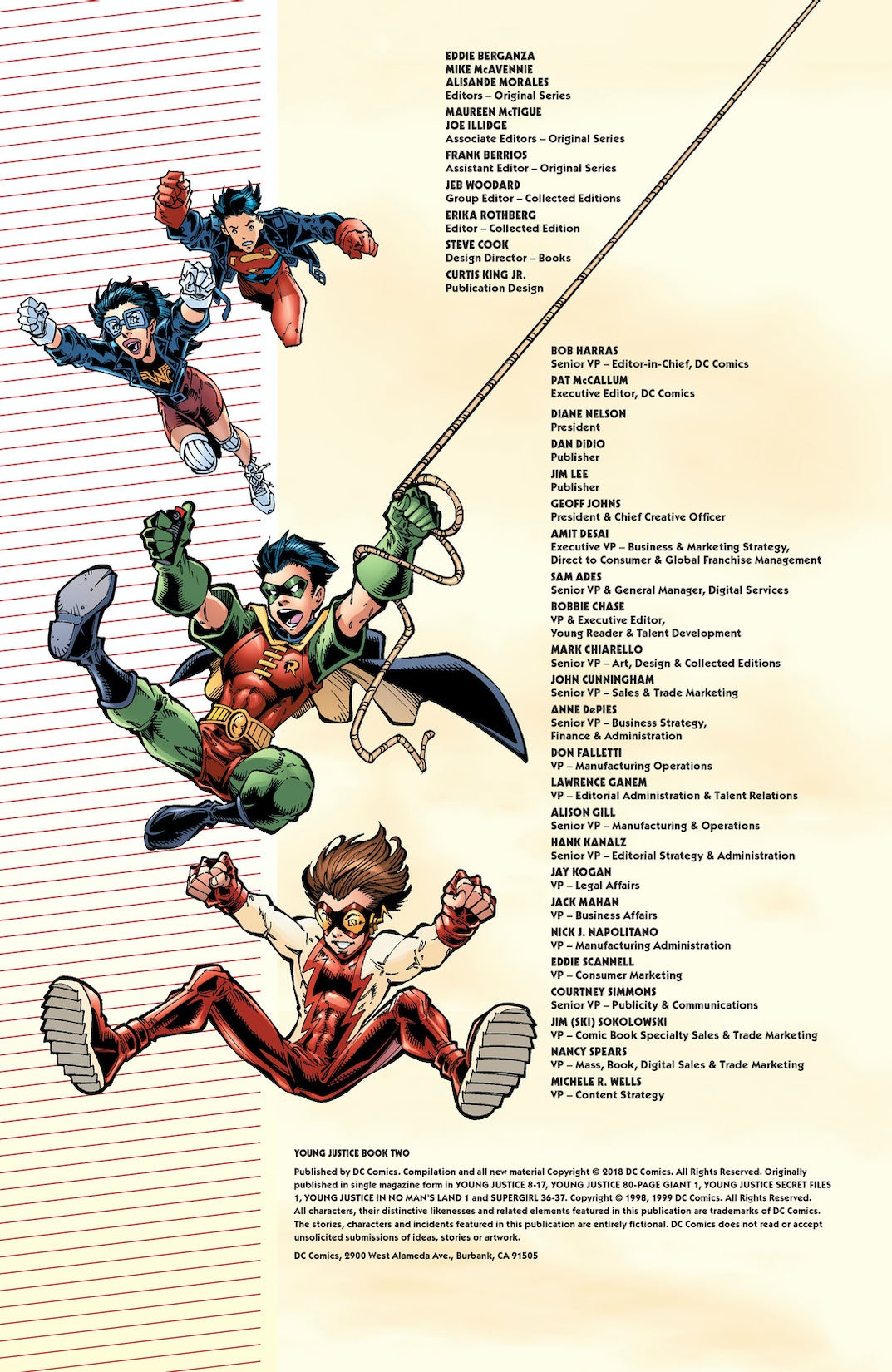 Who says you need to be an adult to save the world? Certainly not the members of Young Justice, a group of teenage superheroes out to make the world a safer place. The team’s members are a formidable group: Robin, Batman’s protégé; Superboy, with the awesome powers of his namesake; Impulse, heir to the legacy of the Flash. They’ve added three powerful young women—eagle-eyed Arrowette, brave Wonder Girl and supernaturally powerful Secret—to their team, making them stronger than ever. Young Justice soon forges an alliance with Supergirl after they discover an evil man who calls himself Dante running a literal hell on Earth. Supergirl must use her powers as an Earth angel to stop Dante from allowing his army of demons to run free, but she can’t do it alone. It’s up to Young Justice to help her in this quest. Can Young Justice stop these forces of evil and keep the world from being overrun by demons? Find out in these classic stories by Peter David (SUPERGIRL), featuring art by Todd Nauck (TEEN TITANS GO!), Lary Stucker (TEEN TITANS) and others. Collects YOUNG JUSTICE #8-17, YOUNG JUSTICE 80-PAGE GIANT, YOUNG JUSTICE IN NO MAN’S LAND, SUPERGIRL #36-37 and bonus content from YOUNG JUSTICE SECRET FILES #1.