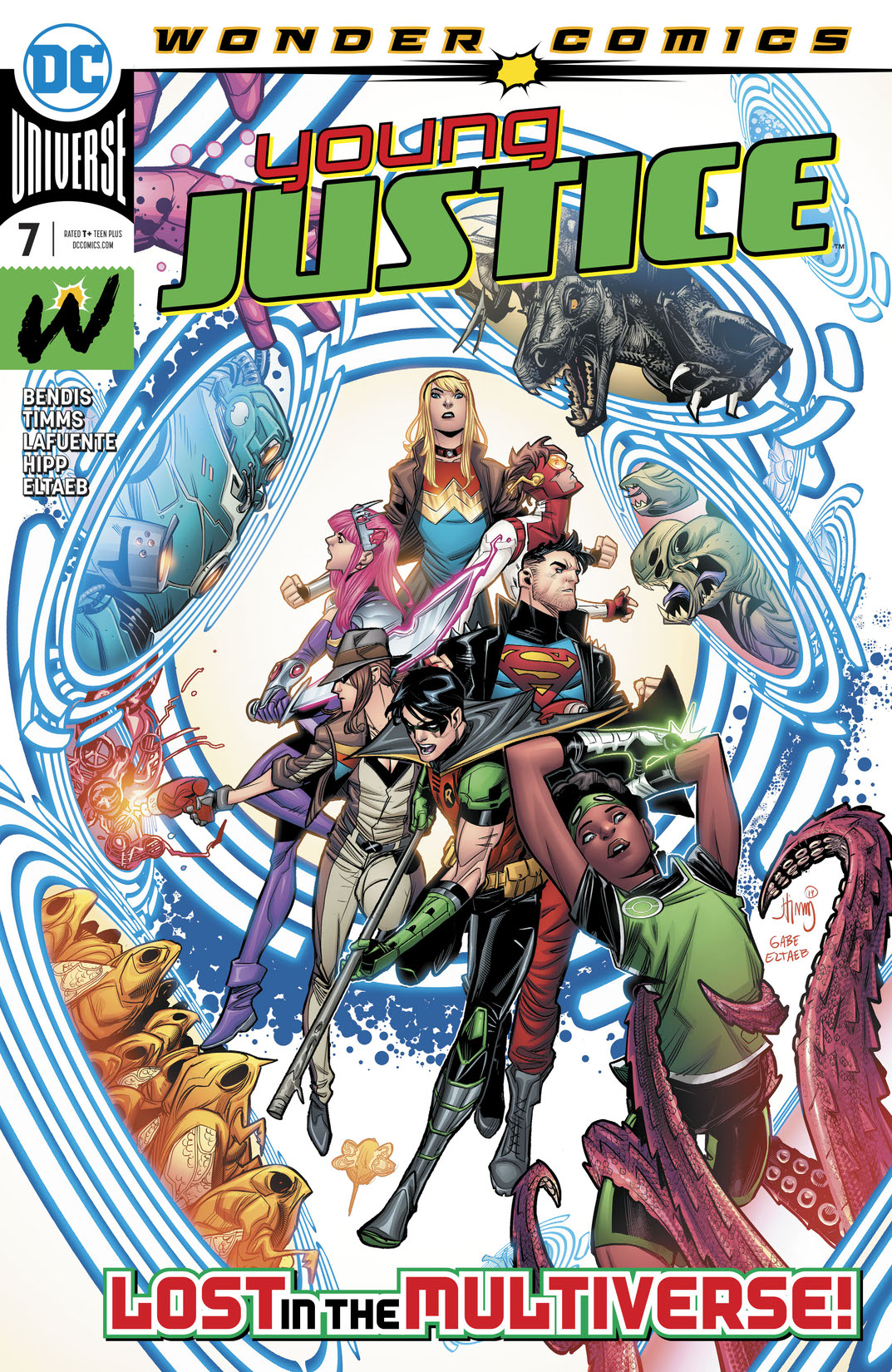 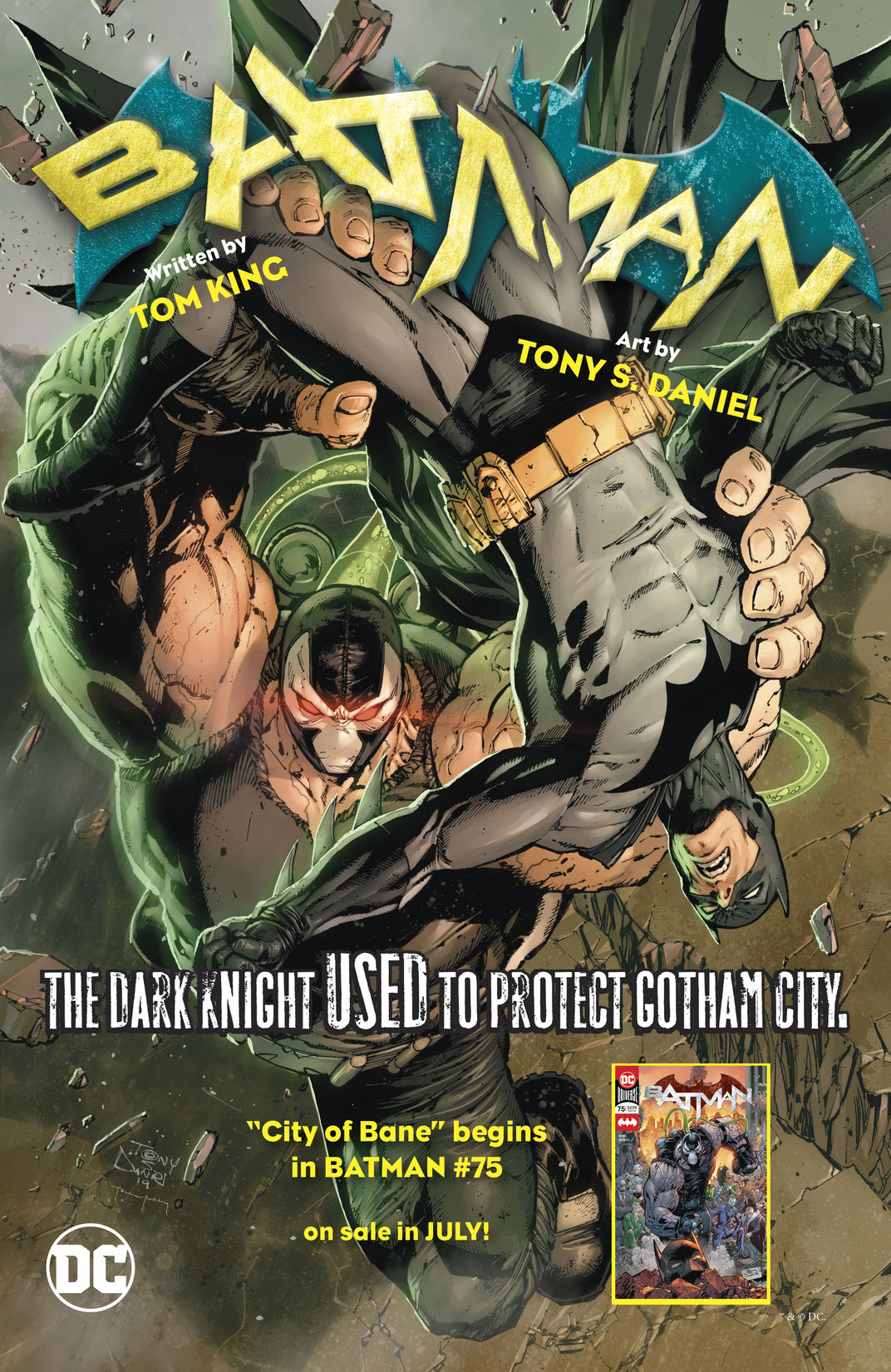 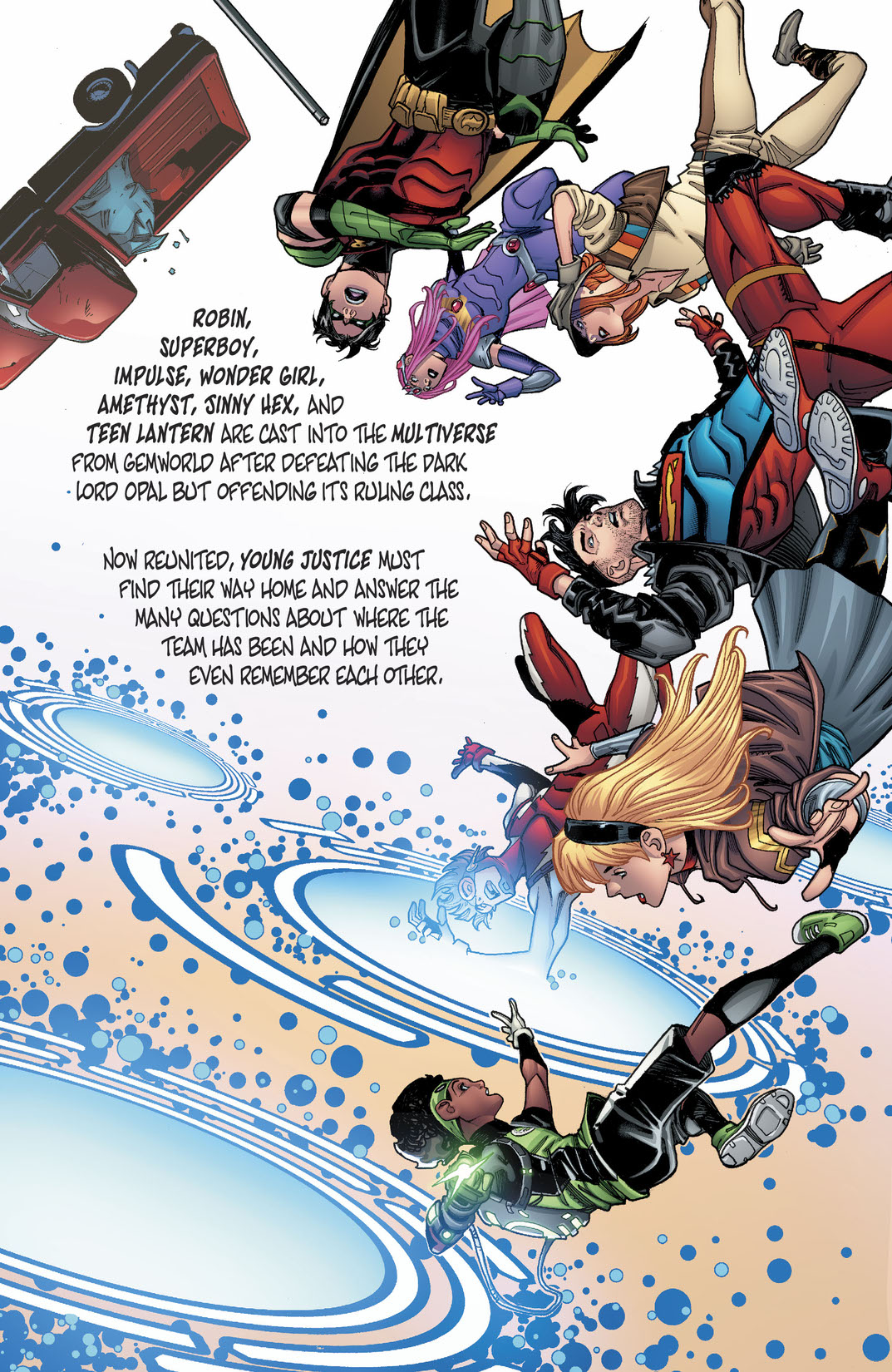 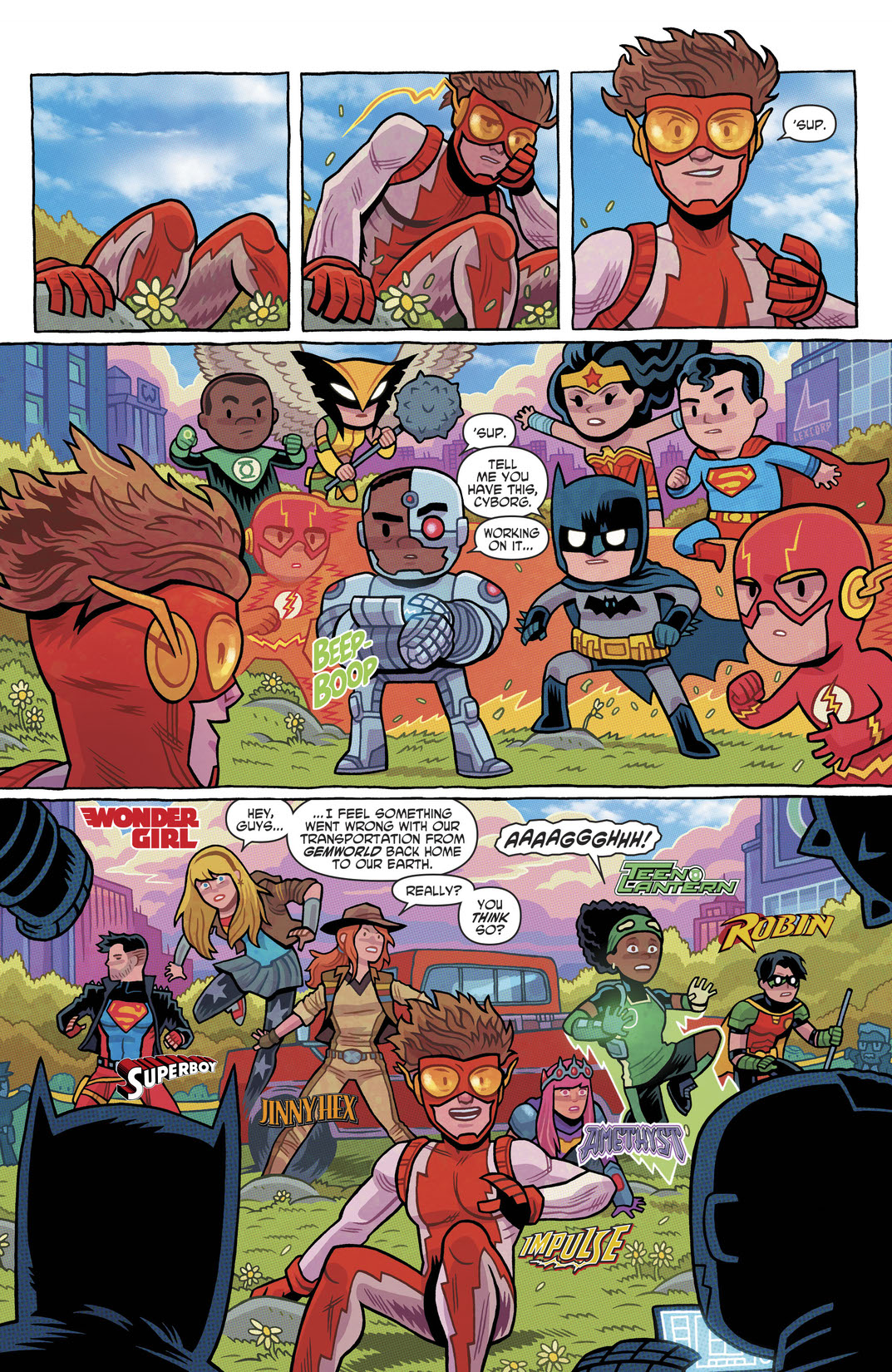 Young Justice—lost in the Multiverse! After the explosive conclusion to their Gemworld adventure, the team is having a tough time finding their way back to their Earth. No, we can’t tell you where they end up, but rest assured, you will be surprised! But as exciting as all that is, we have bigger problems to deal with as Tim Drake is about to do something he has only done...lots of times before. He is about to announce his new alias...a new superhero name. A Young Justice name. And this time, it’s permanent. Like, forever.