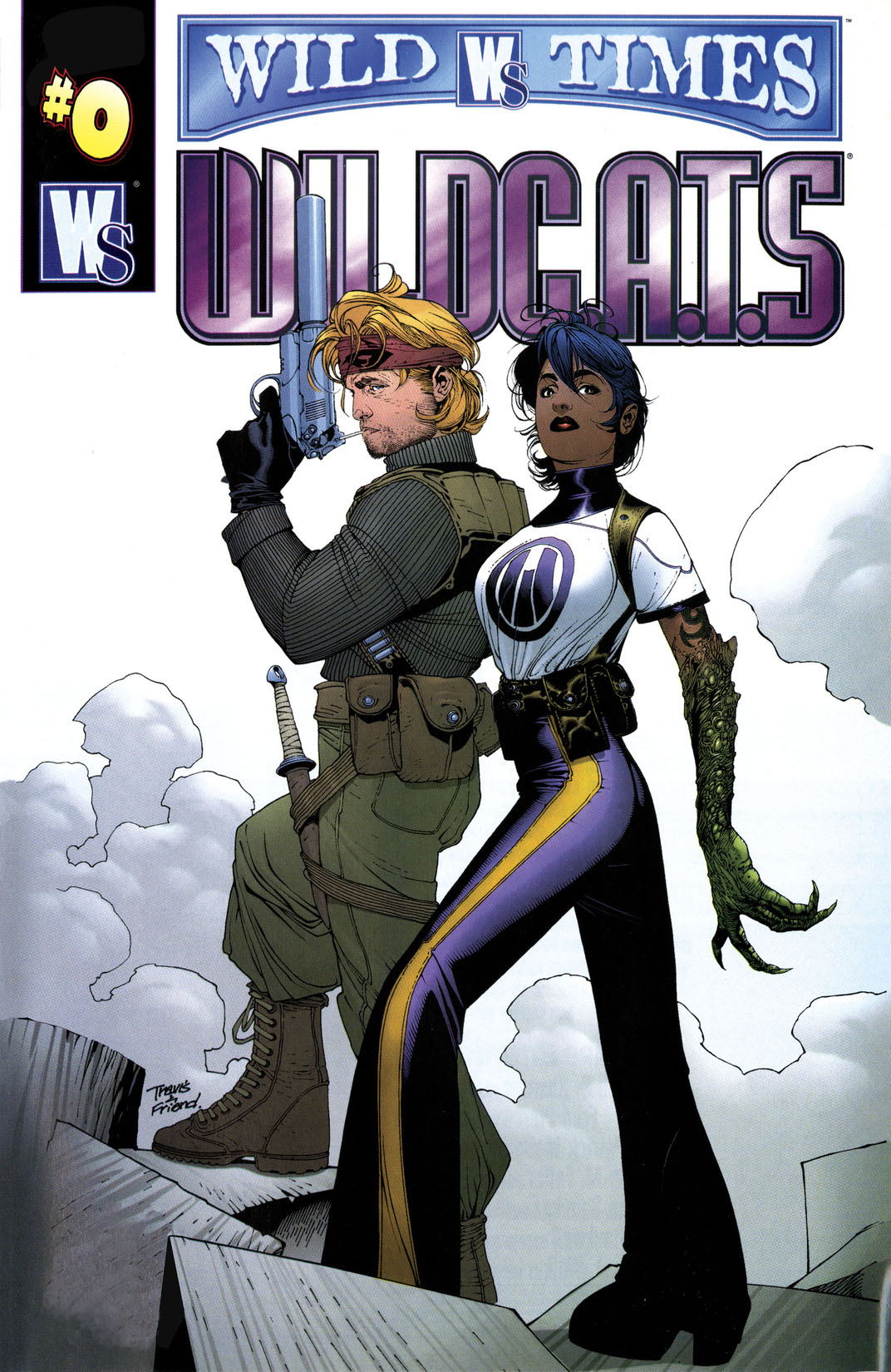 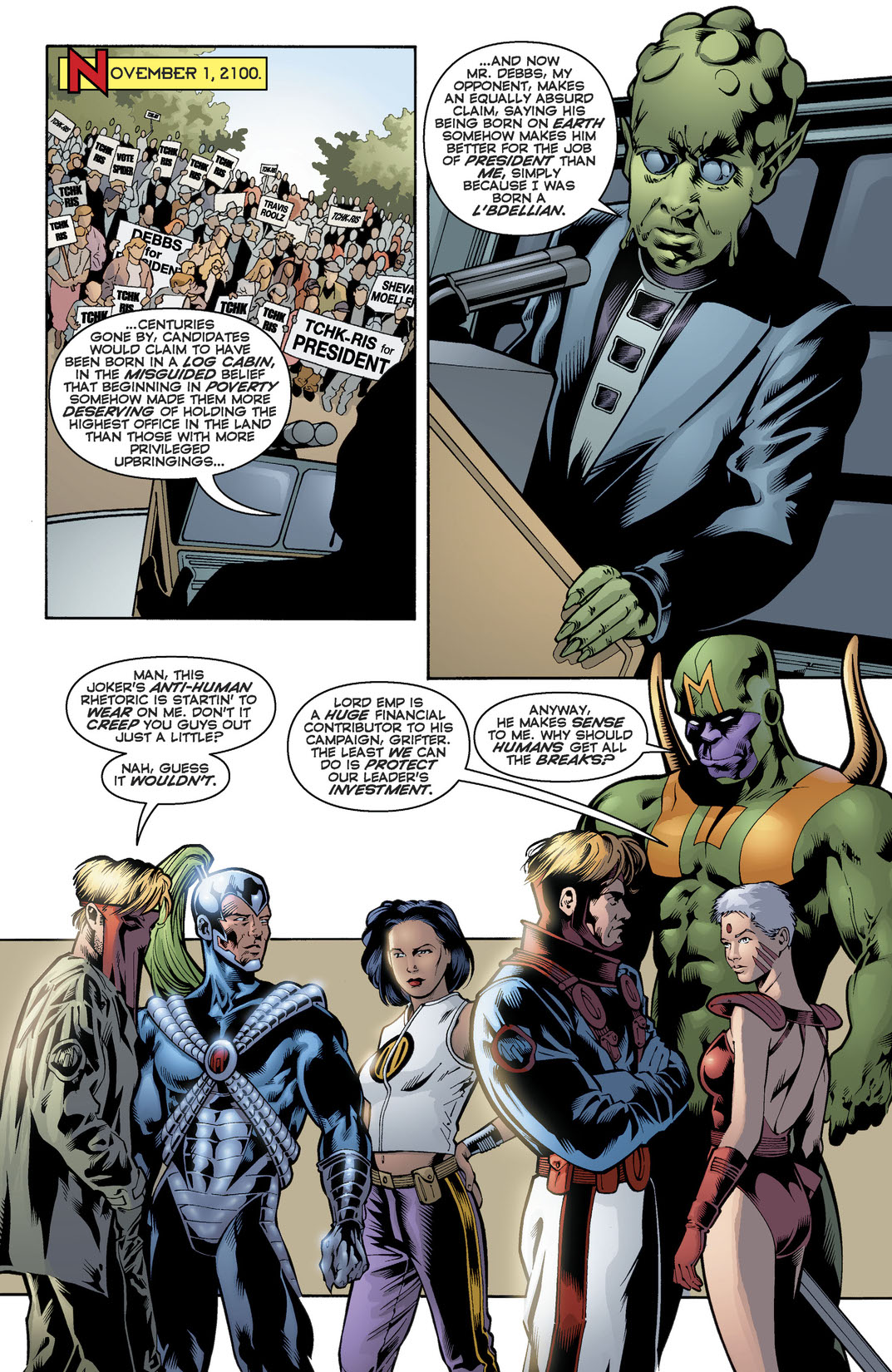 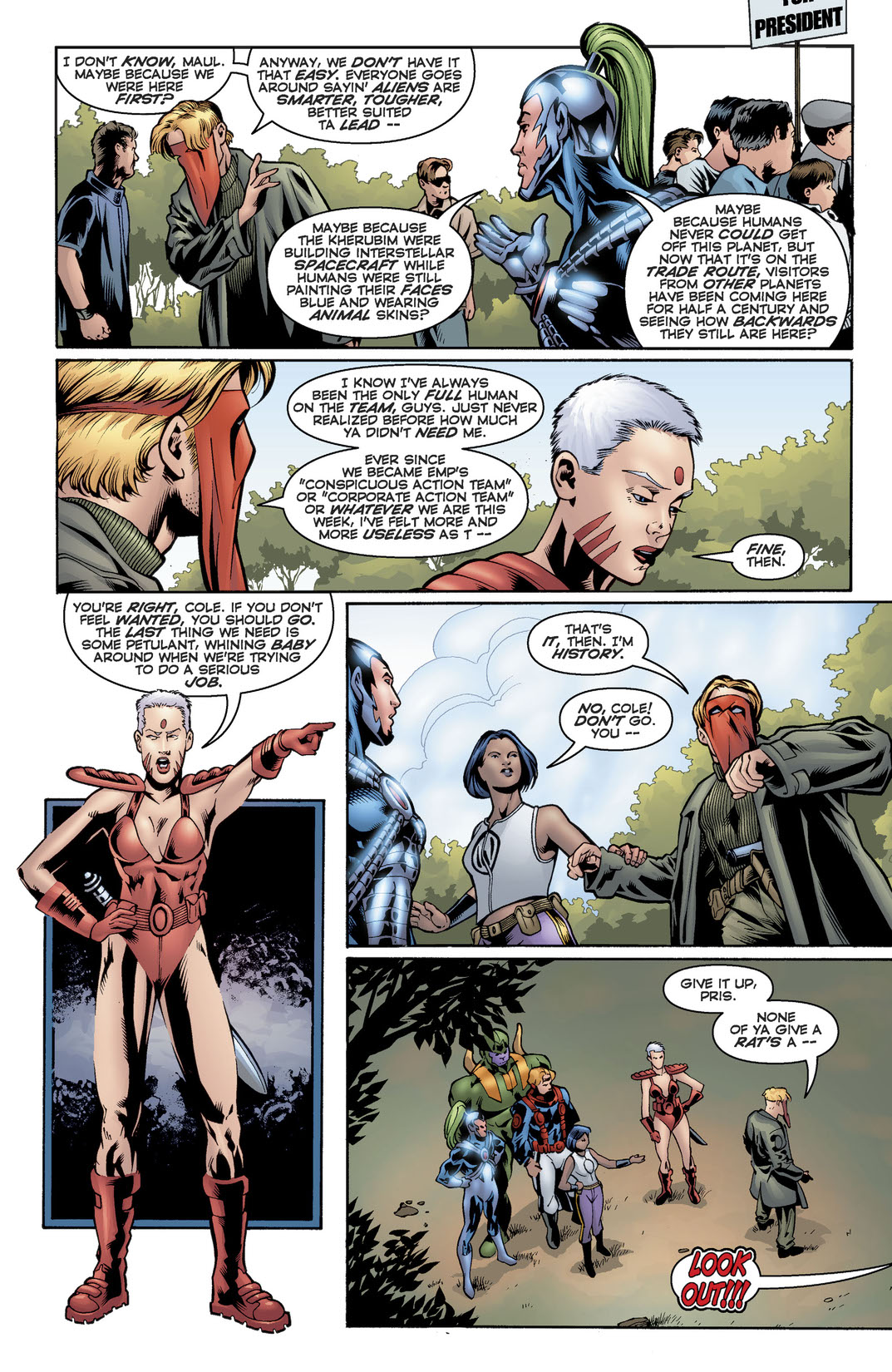 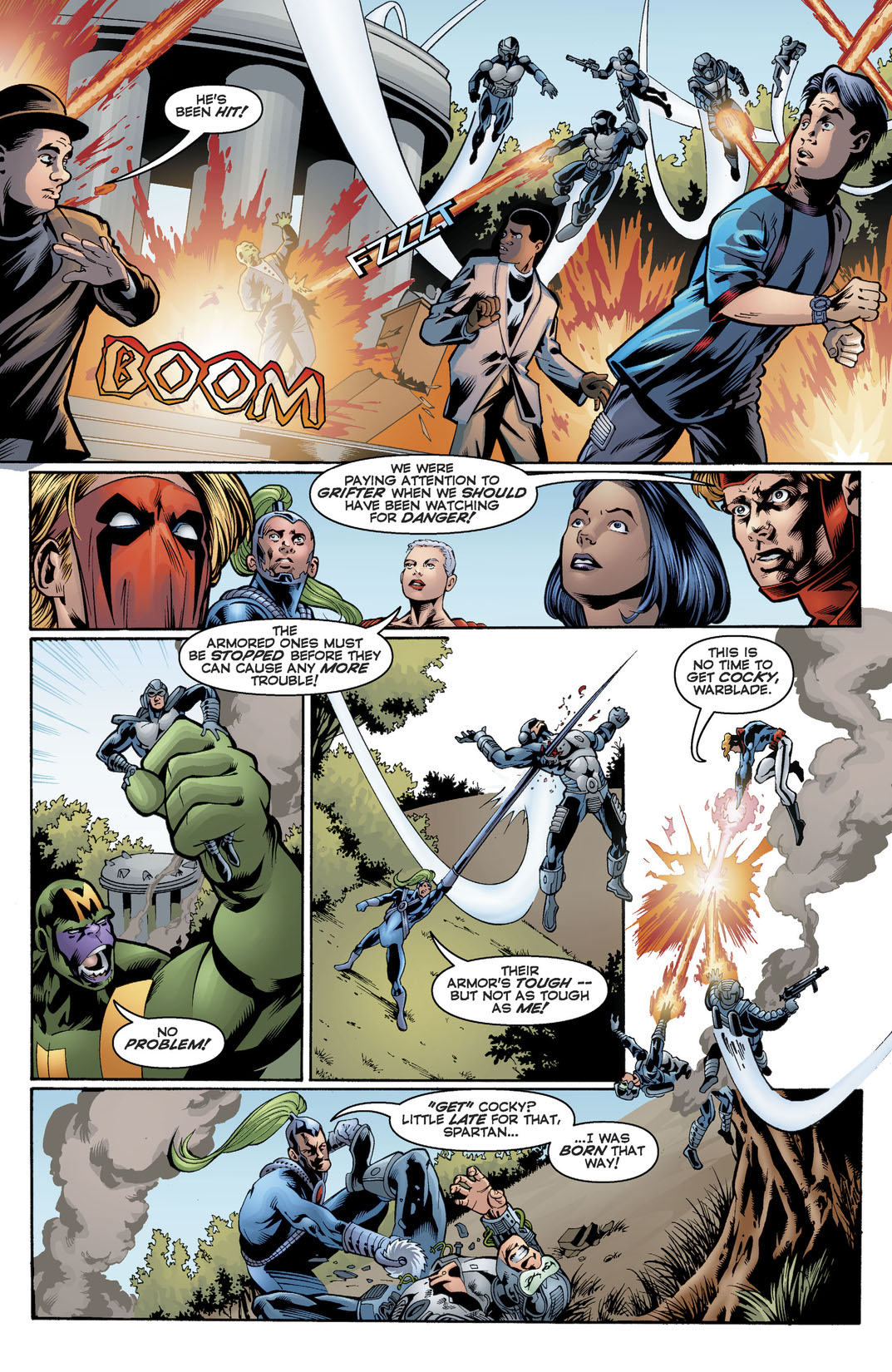 WildC.A.T.s are on bodyguard duty for a presidential hopeful from another planet. While having a conversation about Grifter's role as the only human on the team, they fail to stop an assassination attempt. However, a subsequent modification of the time line leaves them unsure of who they did or did not save and when.