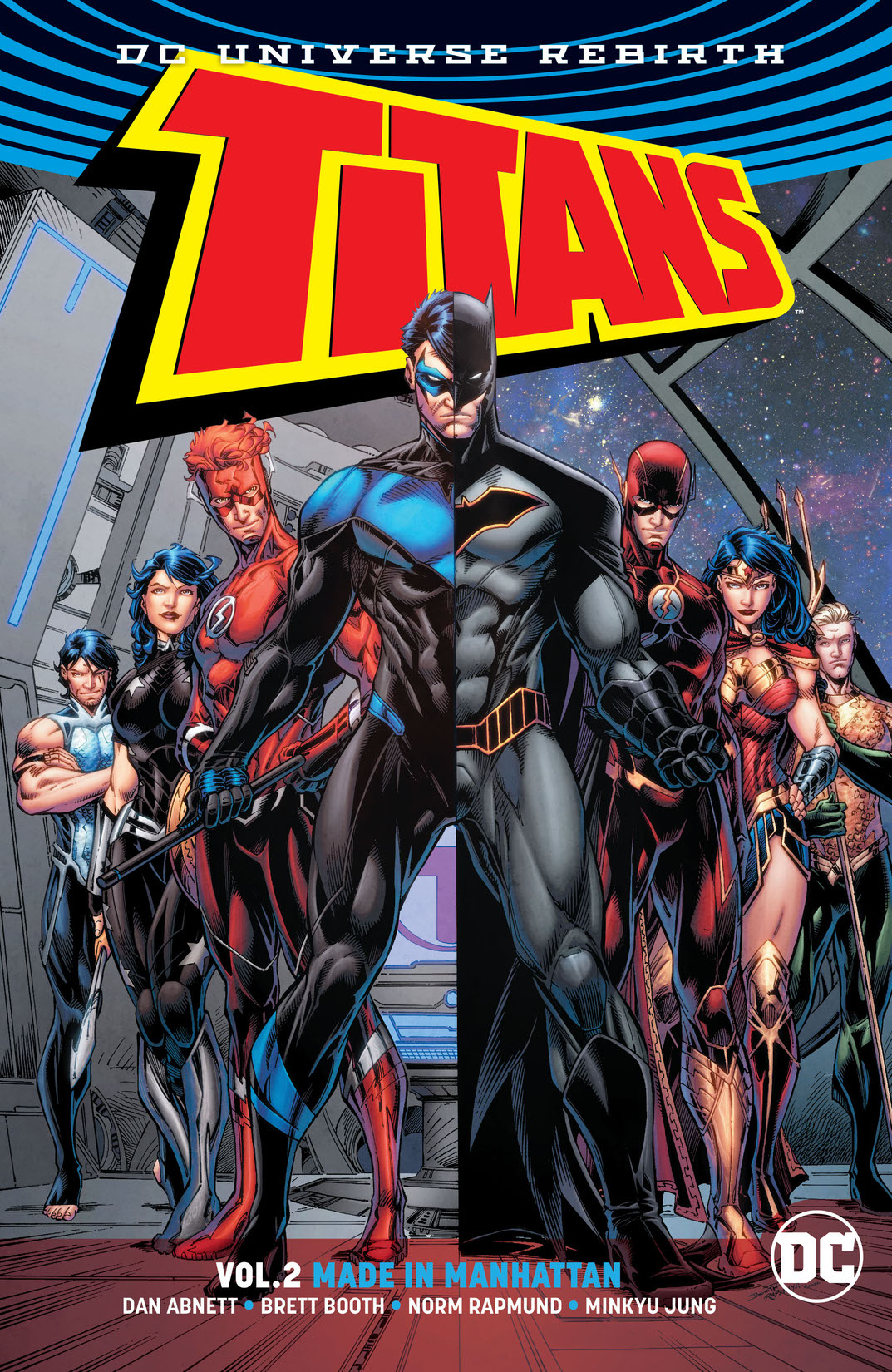 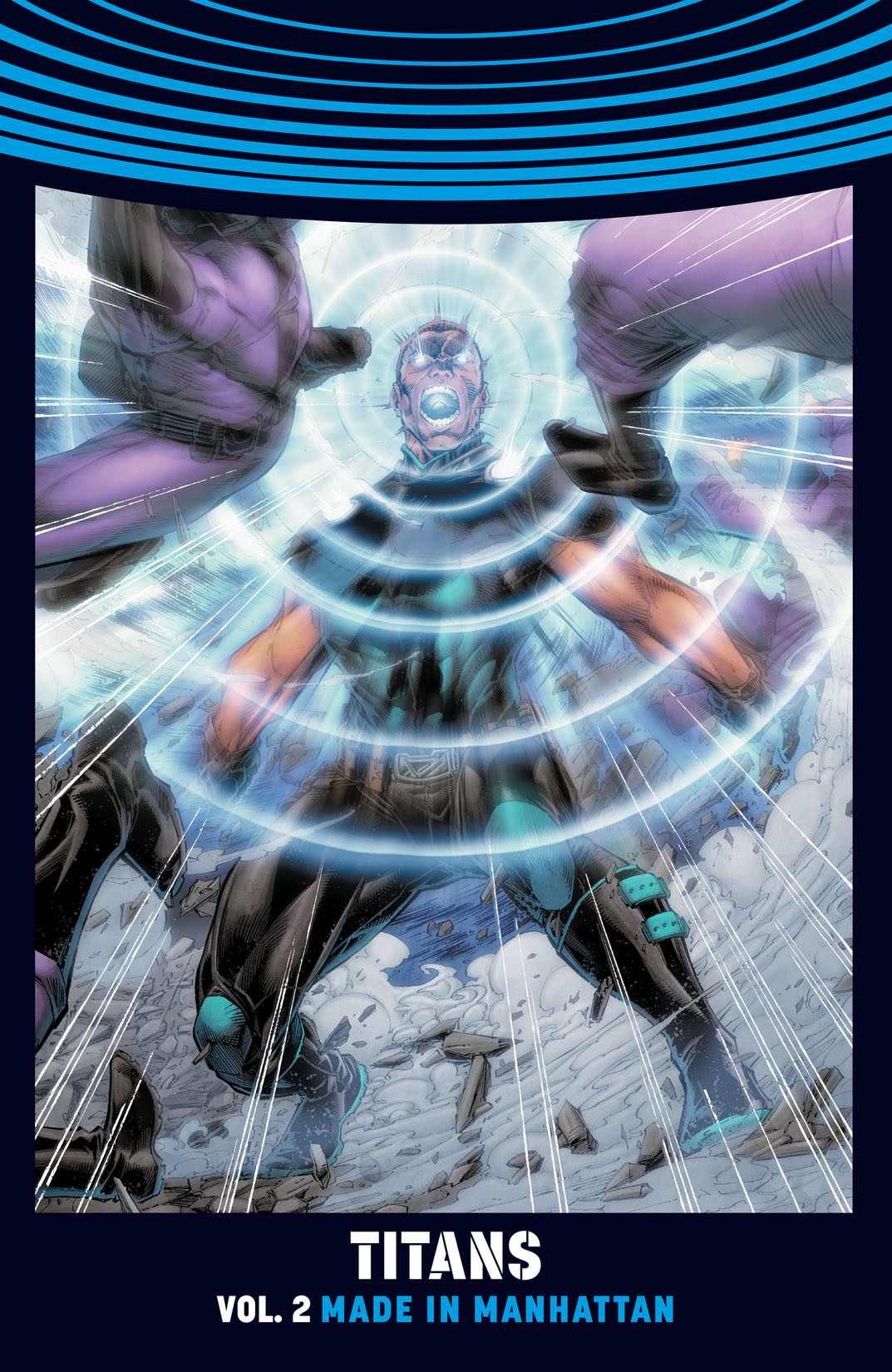 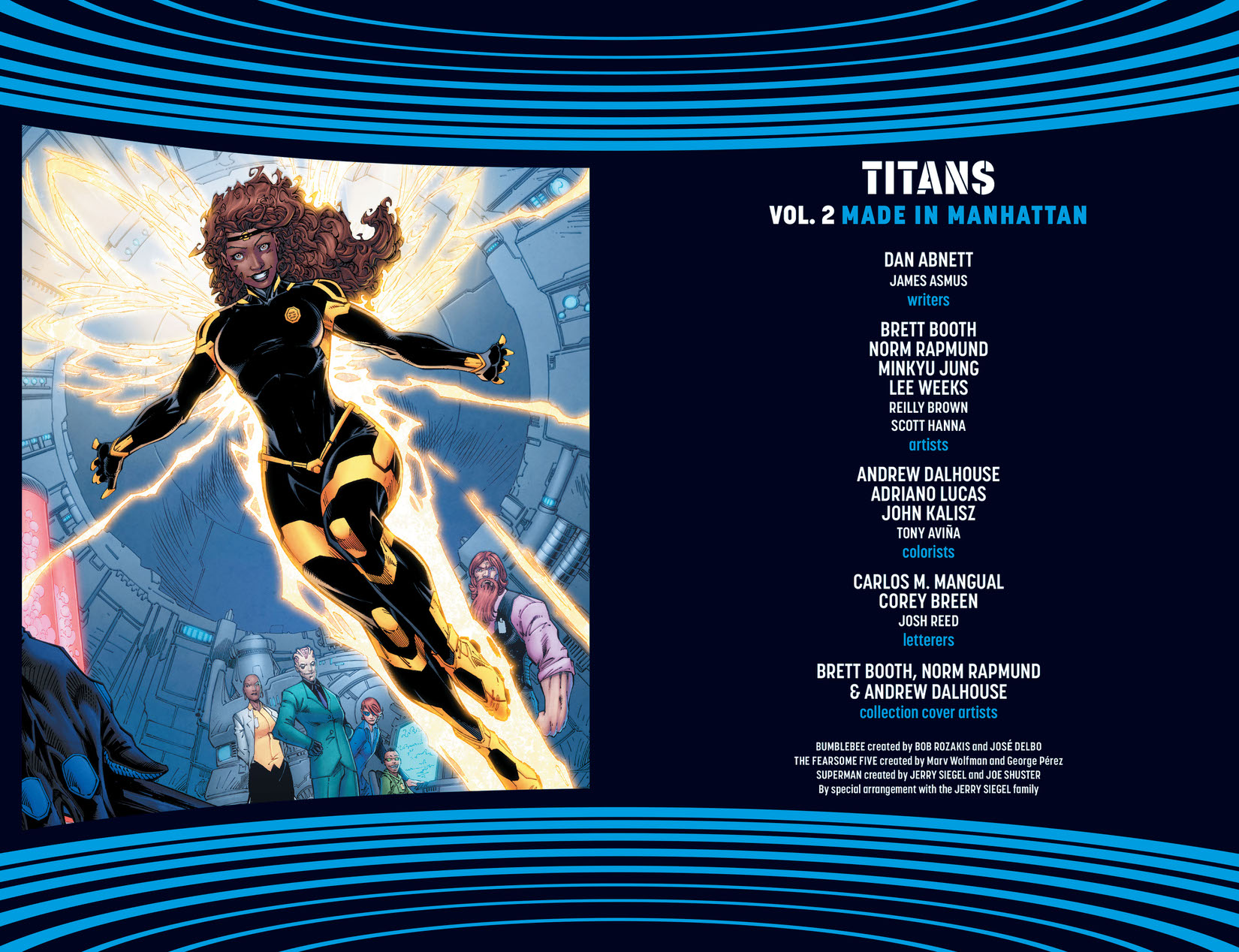 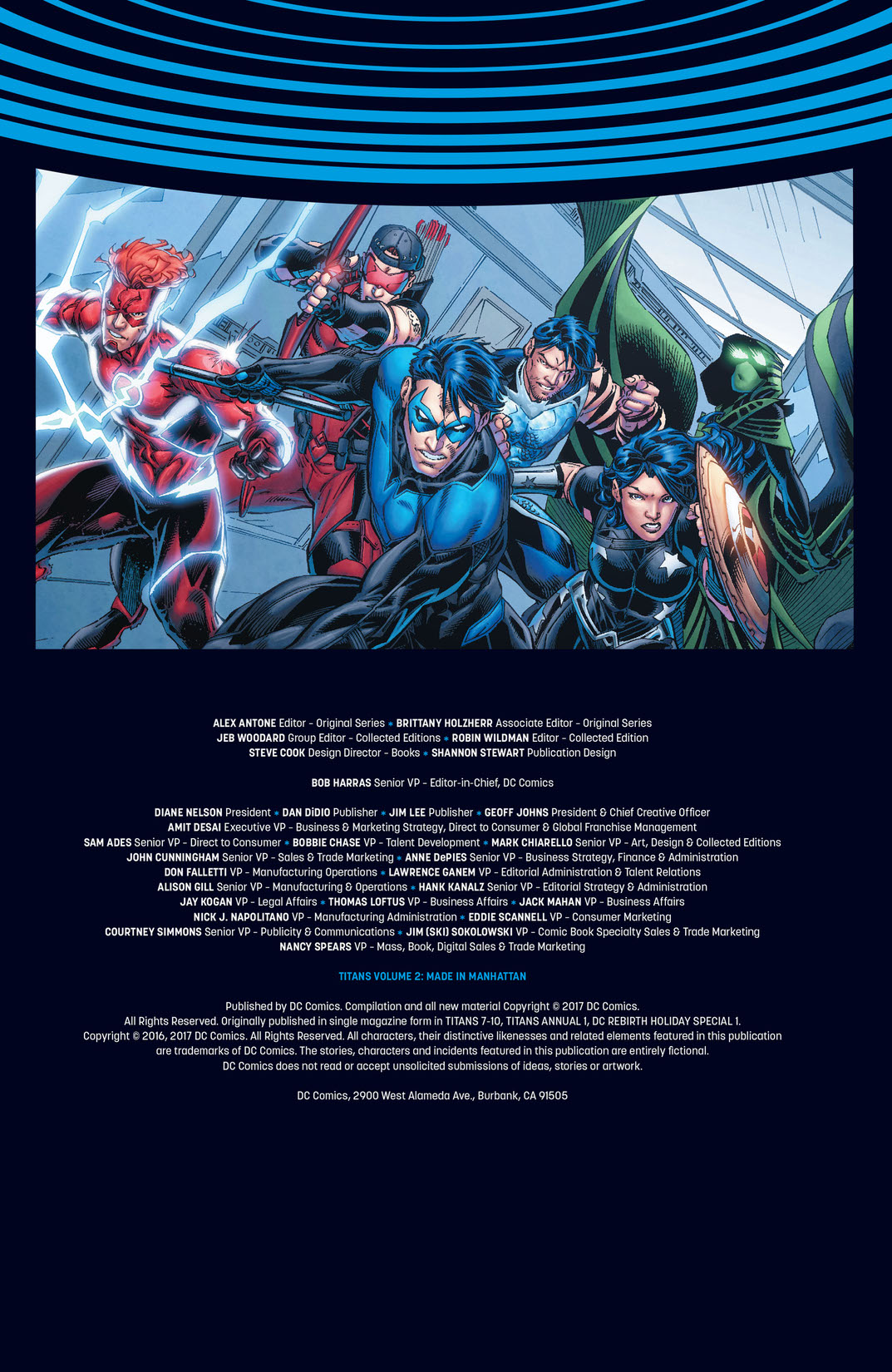 The acclaimed team of Dan Abnett (AQUAMAN) and Brett Booth (TEEN TITANS) bring the high-flying hero Bumblebee into the reborn DC Universe in TITANS VOL. 2: MADE IN MANHATTAN! The Titans are former teen heroes with a lot of history together...history they’re just now starting to remember. Nightwing, Donna Troy, Wally West, Arsenal, Tempest and Lilith have started a new life as a team in a new but familiar headquarters—Titans Tower in New York City. But not all of their former allies are along for the ride. Mal Duncan used to be the Titan known as Herald, but now he’s voluntarily given up his powers with the help of a mysterious company known as Meta Solutions. Meta claims they can help any metahuman control their powers, so Mal’s wife, Karen, seeks their help with her burgeoning abilities as well. But the Titans have every reason to suspect Meta Solutions is up to no good...especially when they find out the company is being run by their old foes, the Fearsome Five! Psimon and his team claim they’ve given up their evil ways...but will the Titans bet their friend’s life on it? Collects TITANS #7-10 and TITANS ANNUAL #1.