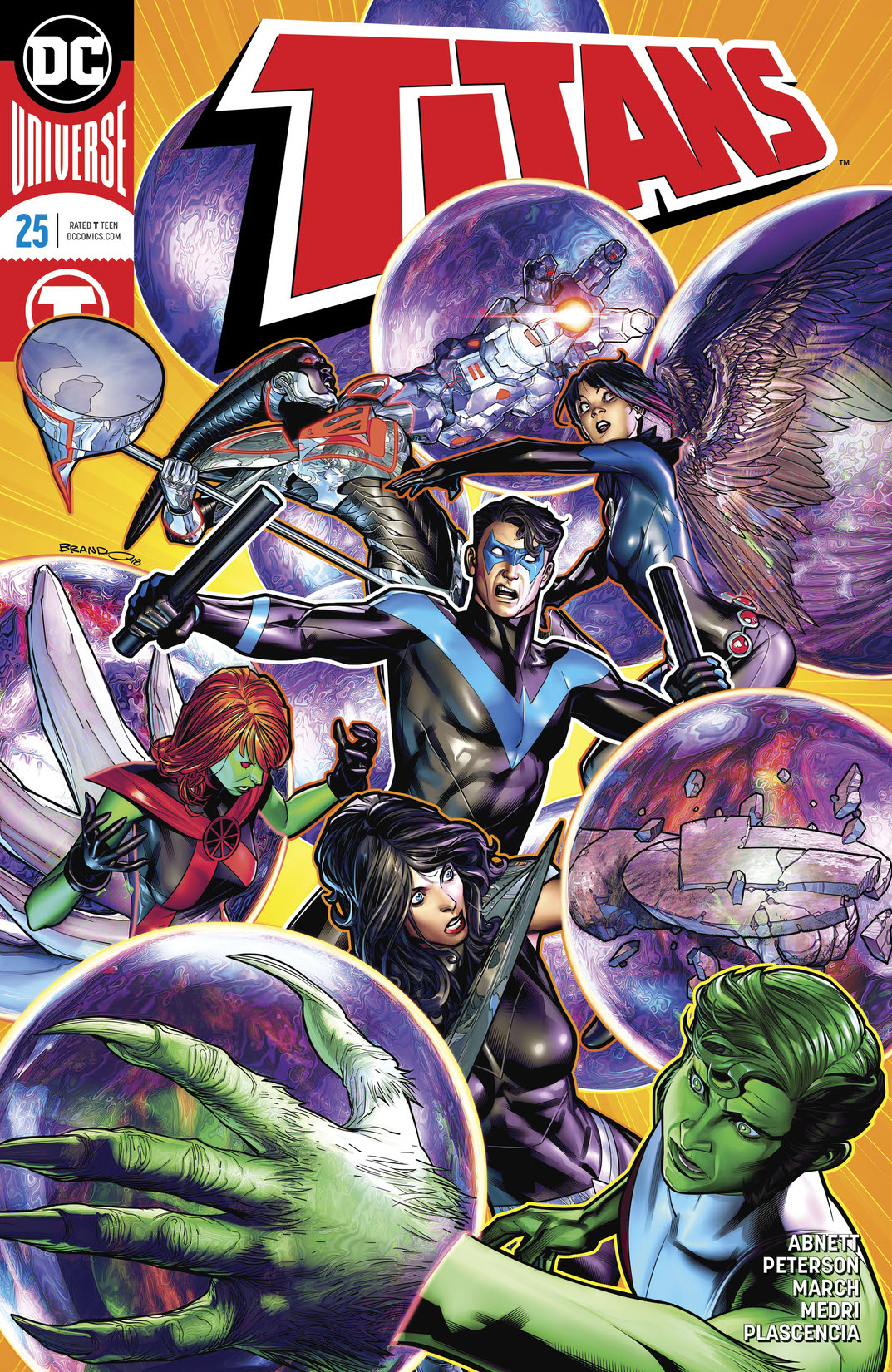 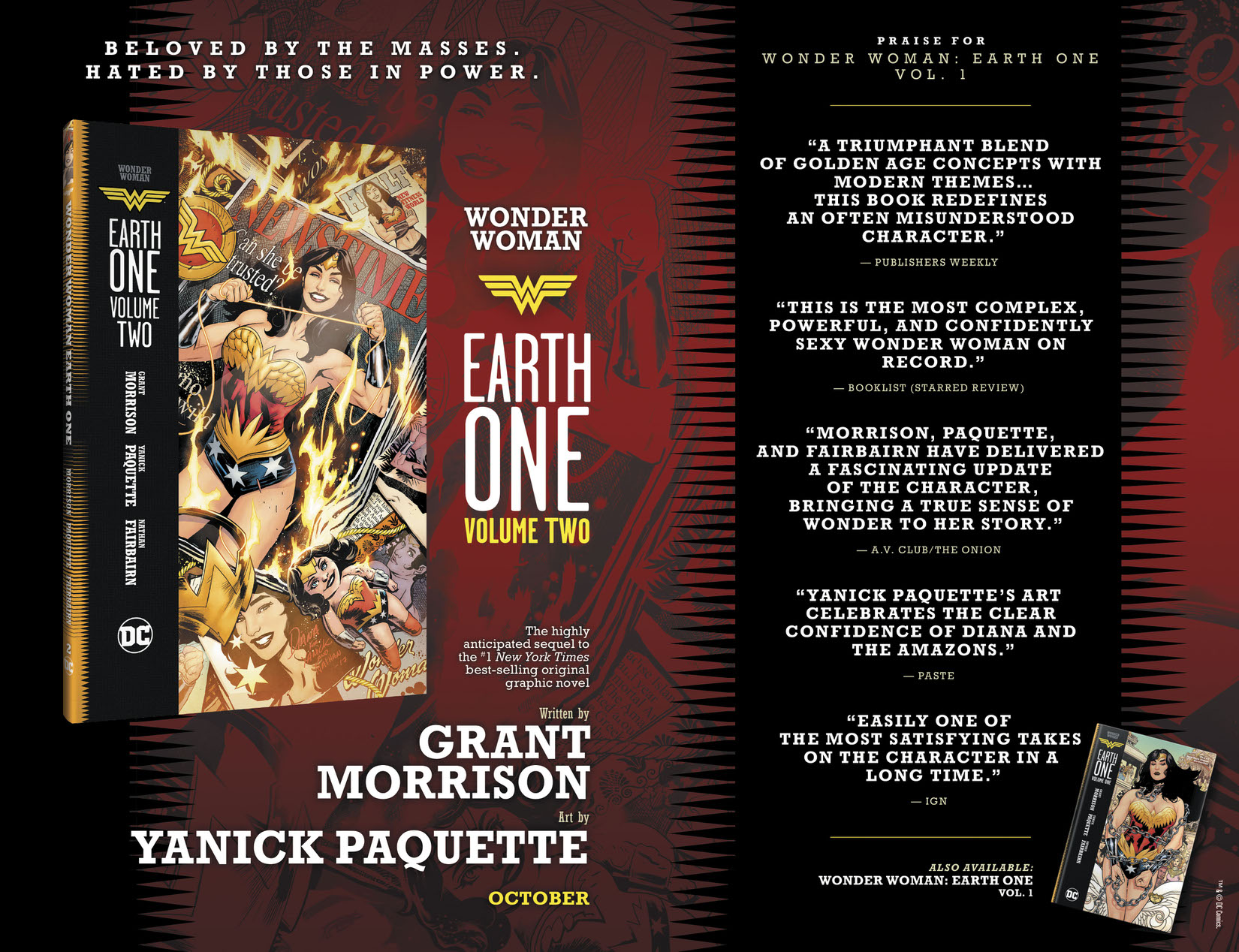 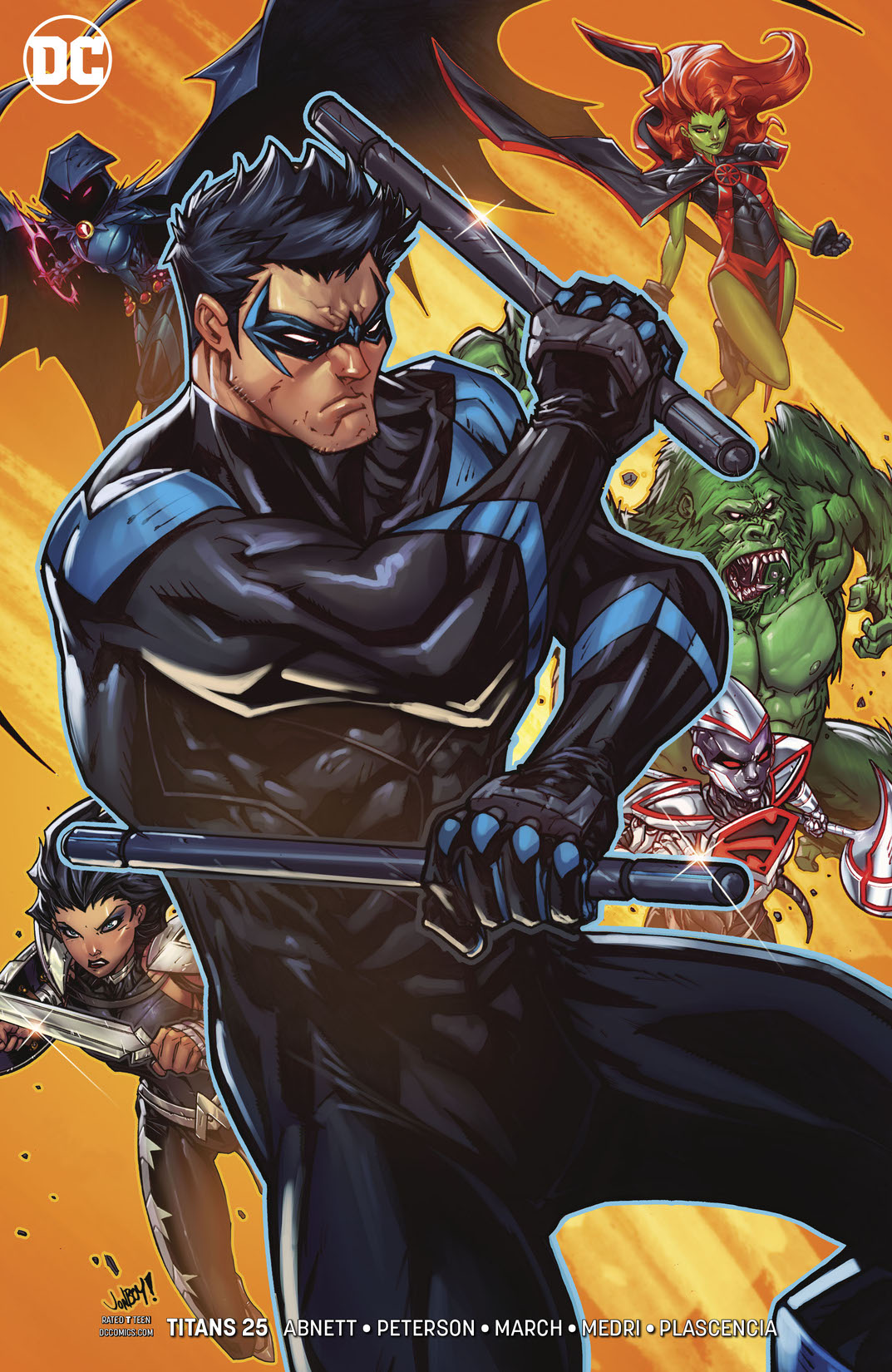 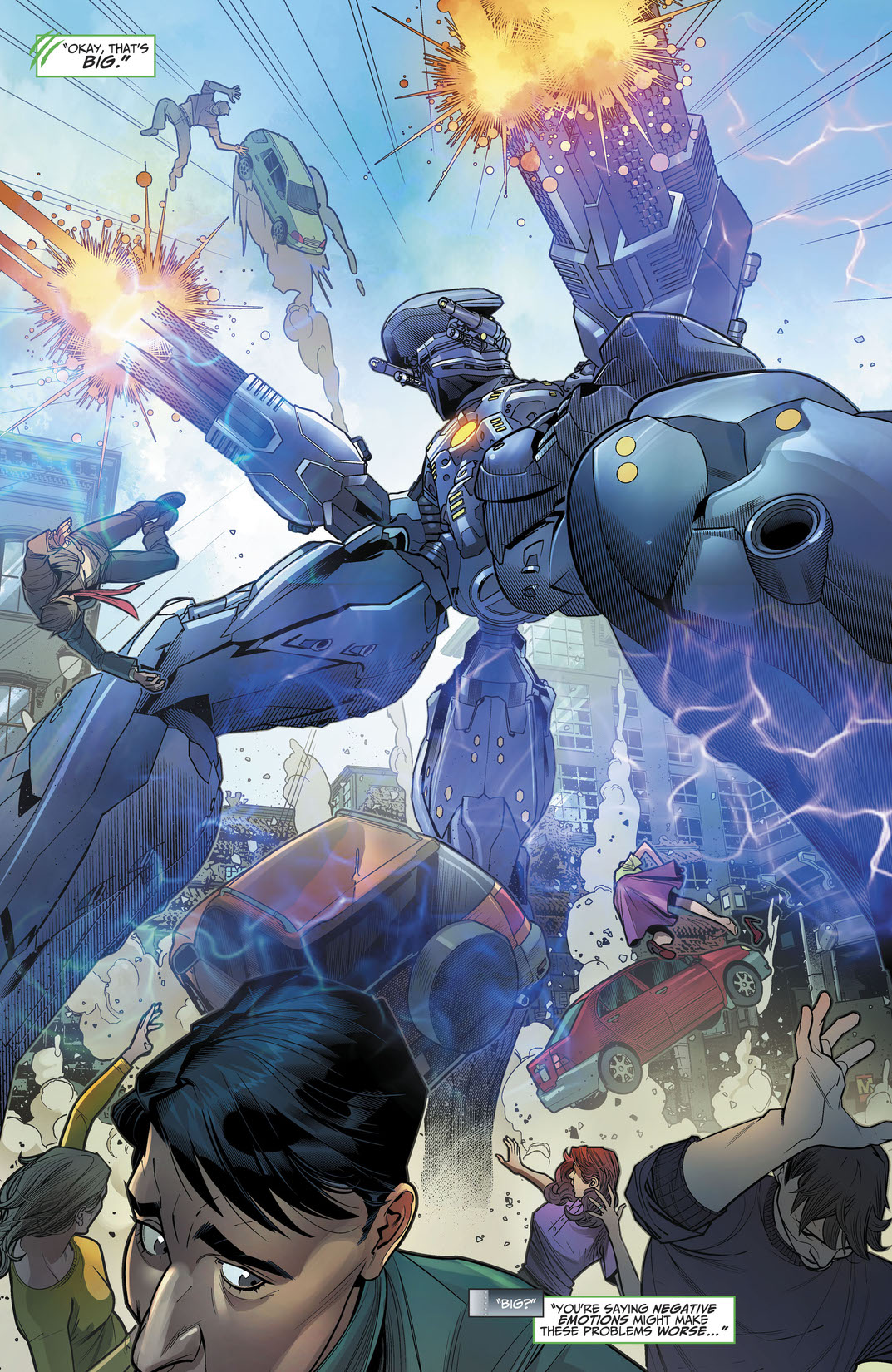 The Titans split into three separate squads to combat the growing Source Wall Event threat in this anniversary issue! As Raven, Steel and Beast Boy contain an alien-robot outbreak, and Donna Troy tracks down the Blood Cult, who claim to have knowledge of why the Source Wall cracked, Nightwing and Miss Martian are fighting each other while also fighting for survival against a new metahuman threat with a penchant for creating pocket dimensions. Can Dick and M’gann put aside their differences, or will her terrible secret derail the whole thing before they resolve anything?