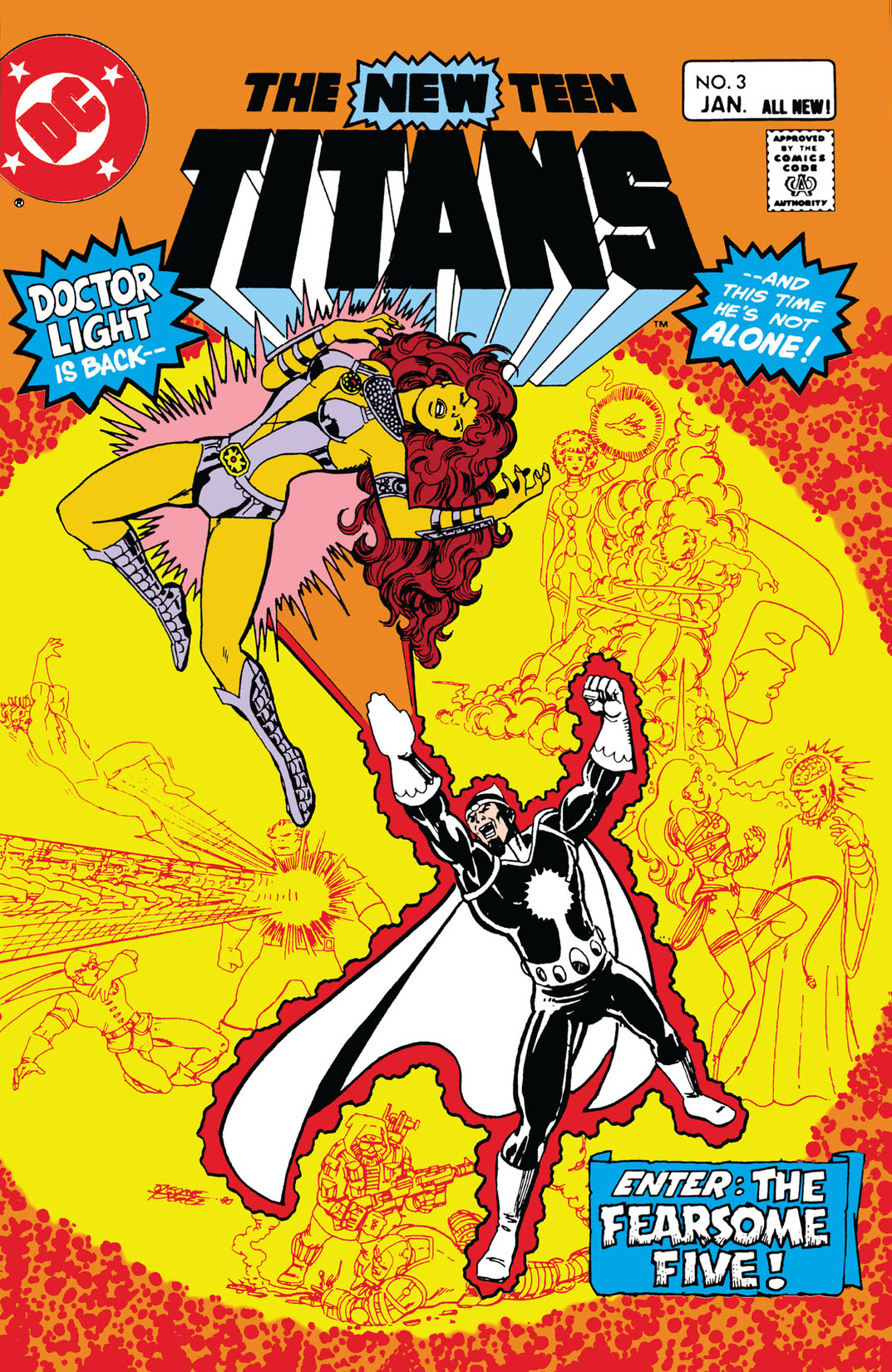 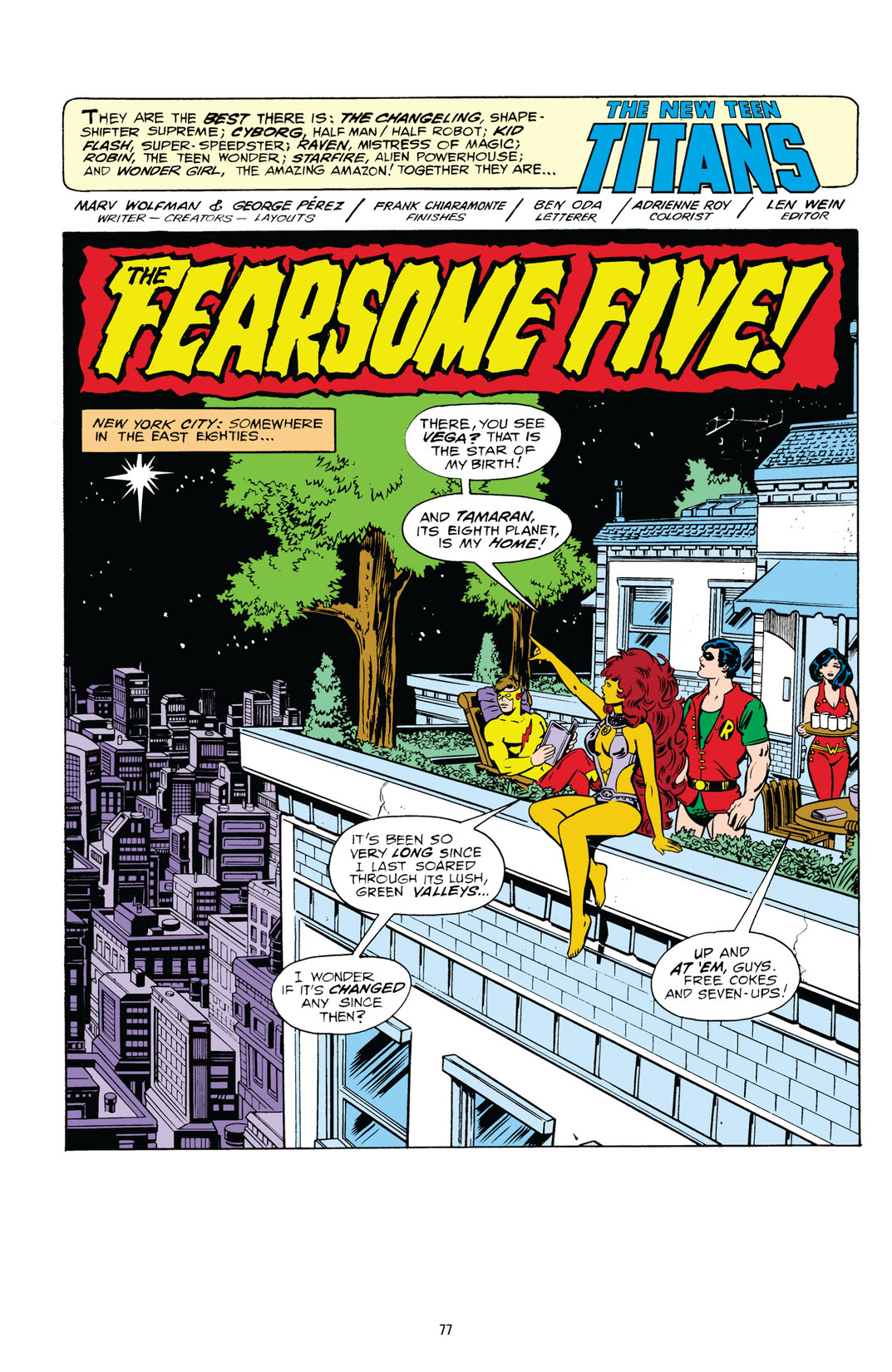 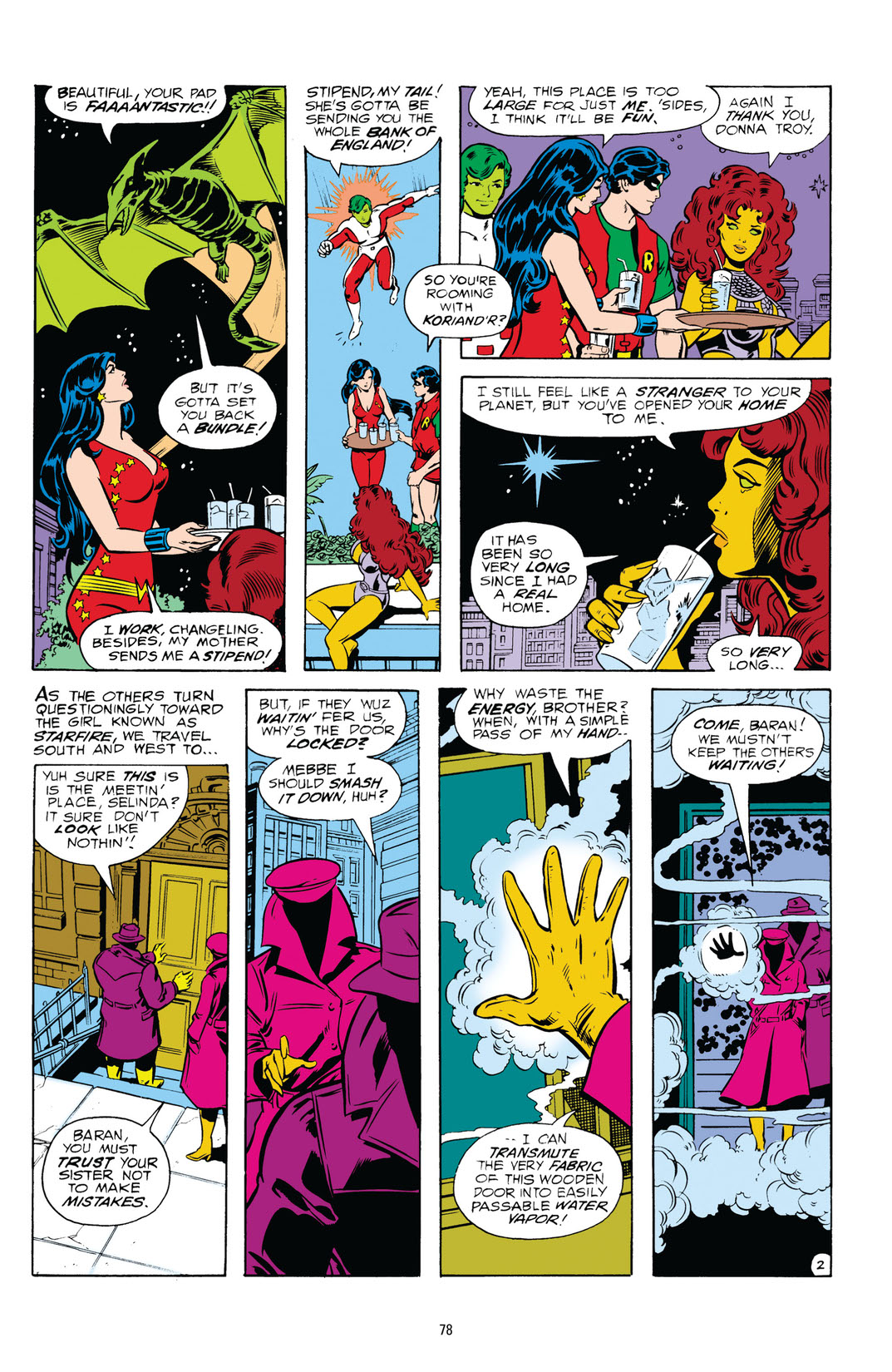 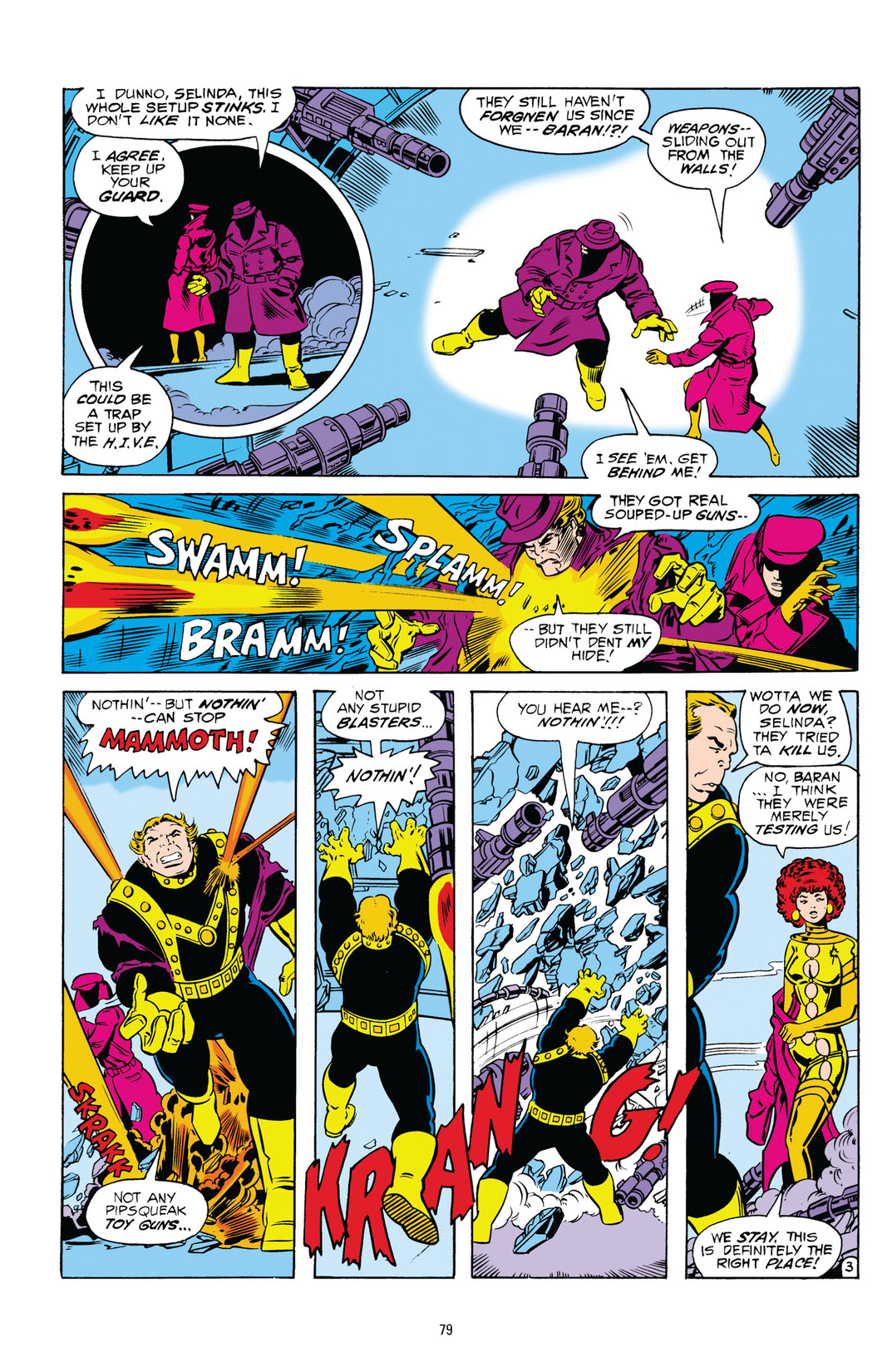 Learn the secret origin of the alien Starfire as the Titans move into their new headquarters on Titans Island! Meanwhile, the villainous Doctor Light calls together Psimon, Mammoth, Gizmo and Shimmer to form the super-villain team known as the Fearsome Five!