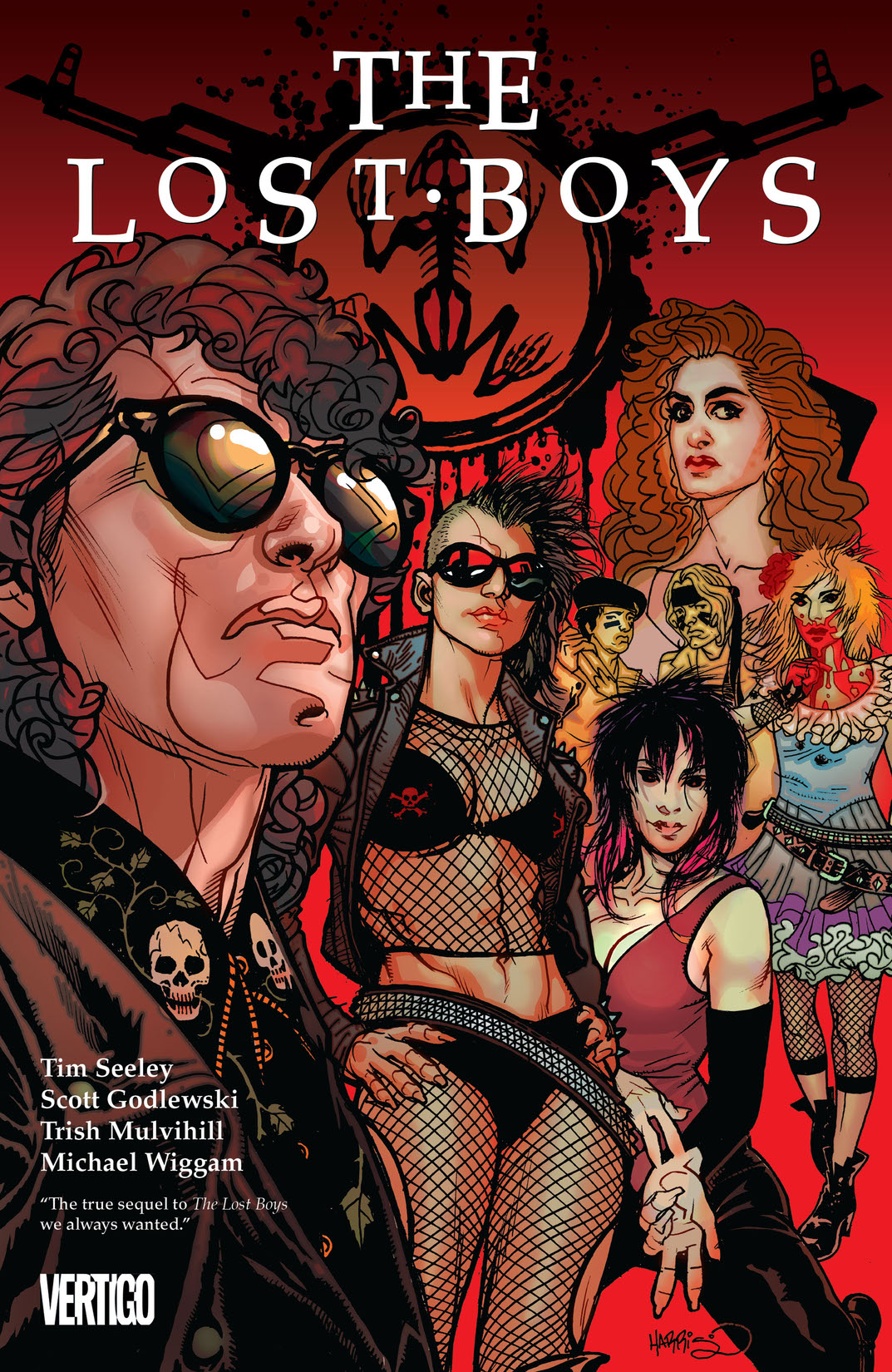 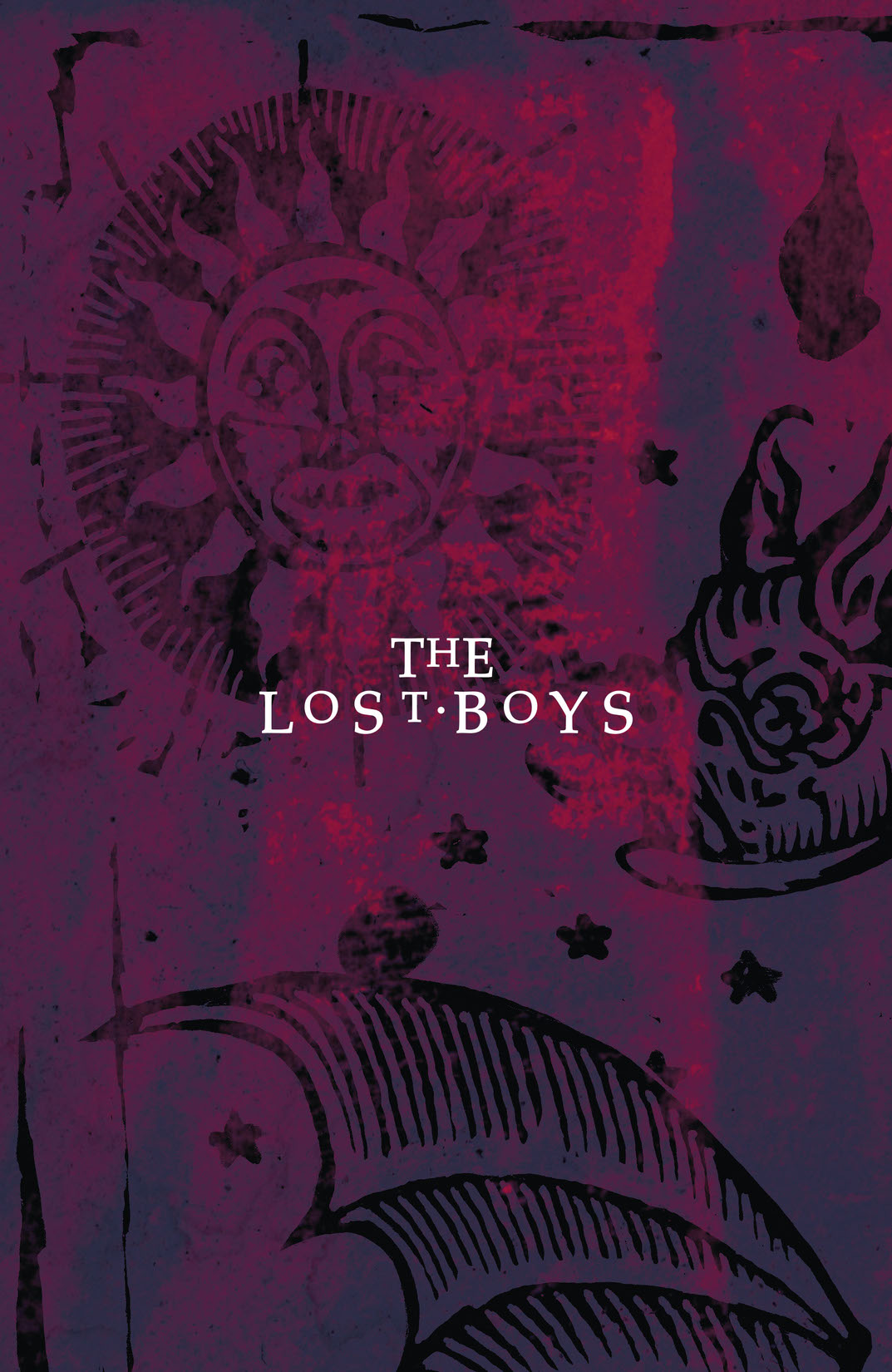 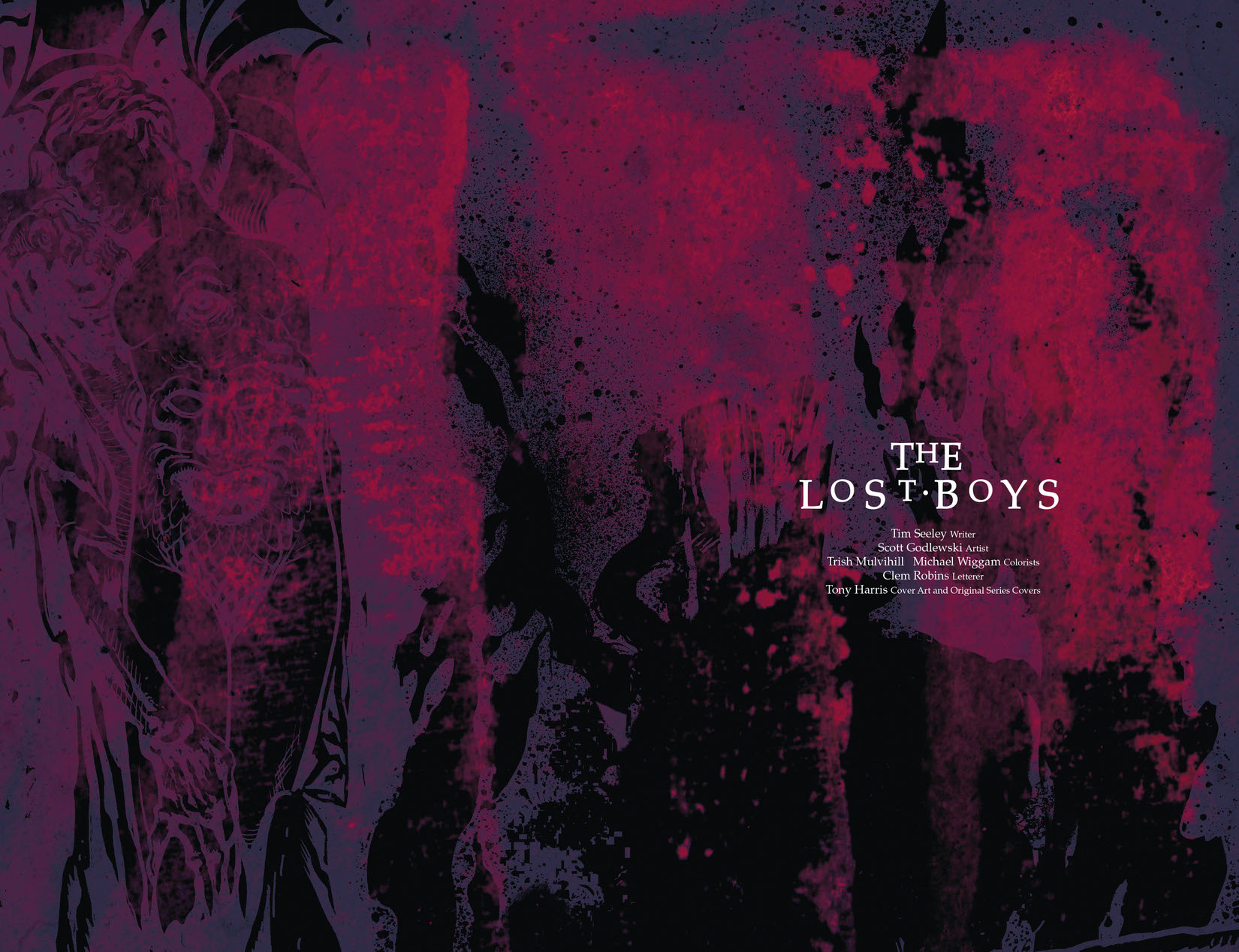 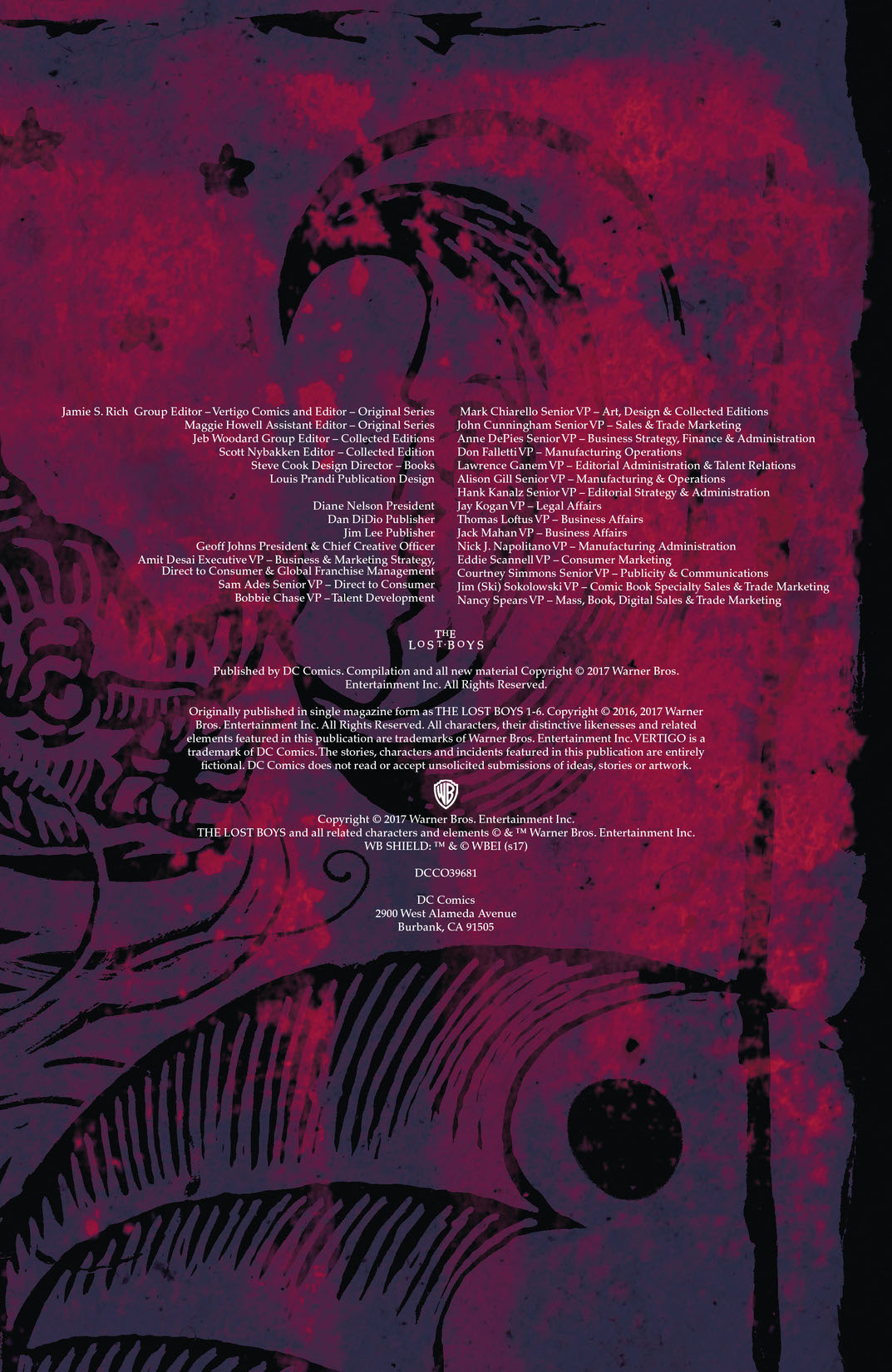 In this follow-up to the 1987 cult classic film, horror masters Tim Seeley and Scott Godlewski wade into the bloody, badass world of California vampires for an all-new tale of thrills, chills, and good old-fashioned heart-staking action in THE LOST BOYS VOL. 1! Welcome to scenic Santa Carla, California. Great beaches. Colorful characters. Killer nightlife. And, of course, all the damn vampires. The Emerson brothers (Sam and Michael) and the Frog brothers (Edgar and Alan) learned that last part the hard way—these underage slayers took on the vampire master Max and his pack of punked-out minions, and drove a stake right through their plans to suck Santa Carla dry. After scraping the undead goo off their shoes, they figured everything was back to normal. But now there are new vamps in town. A coven of female undead called the Blood Belles has moved in, and they’ve targeted Sam, Michael, the Frog Brothers, and every other vampire hunter in Santa Carla for bloody vengeance. It’ll take every trick in the brothers’ monster-killing book to stop these bloodsuckers from unleashing an entire army of the damned. And they’ll need help from an unexpected source—a certain shirtless sax-playing savior known only as the Believer! Do you still believe? Collects #1-6.