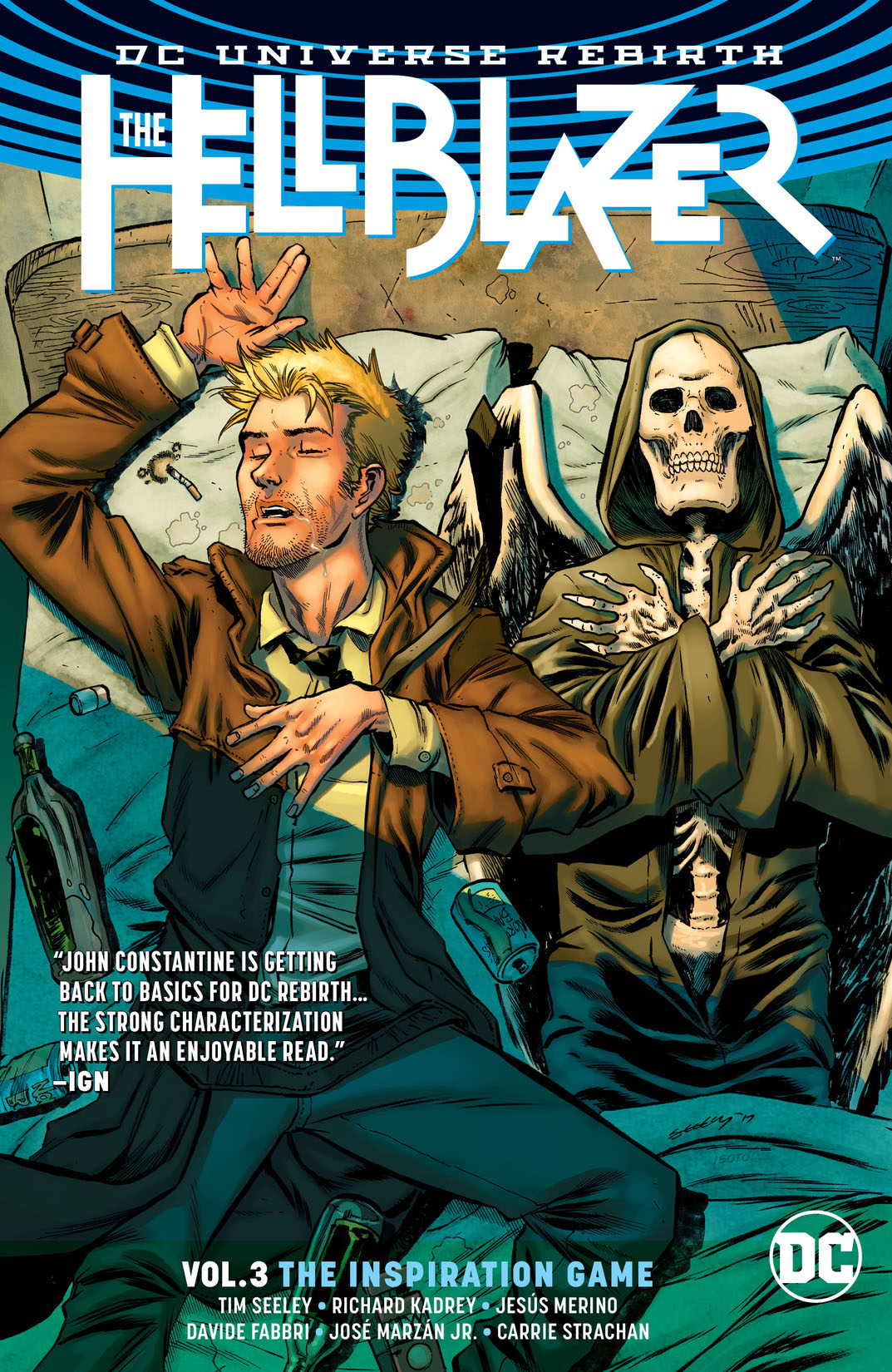 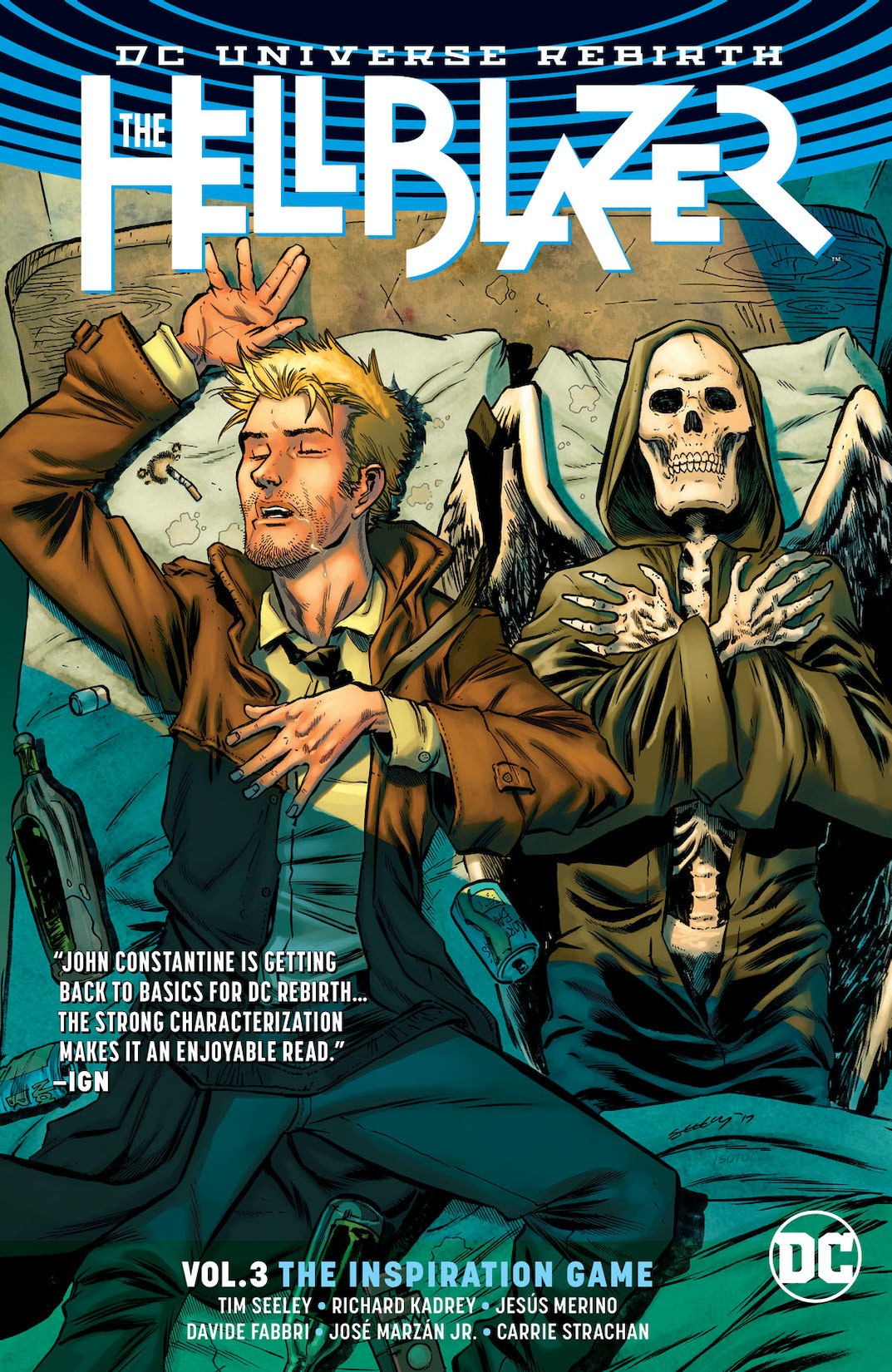 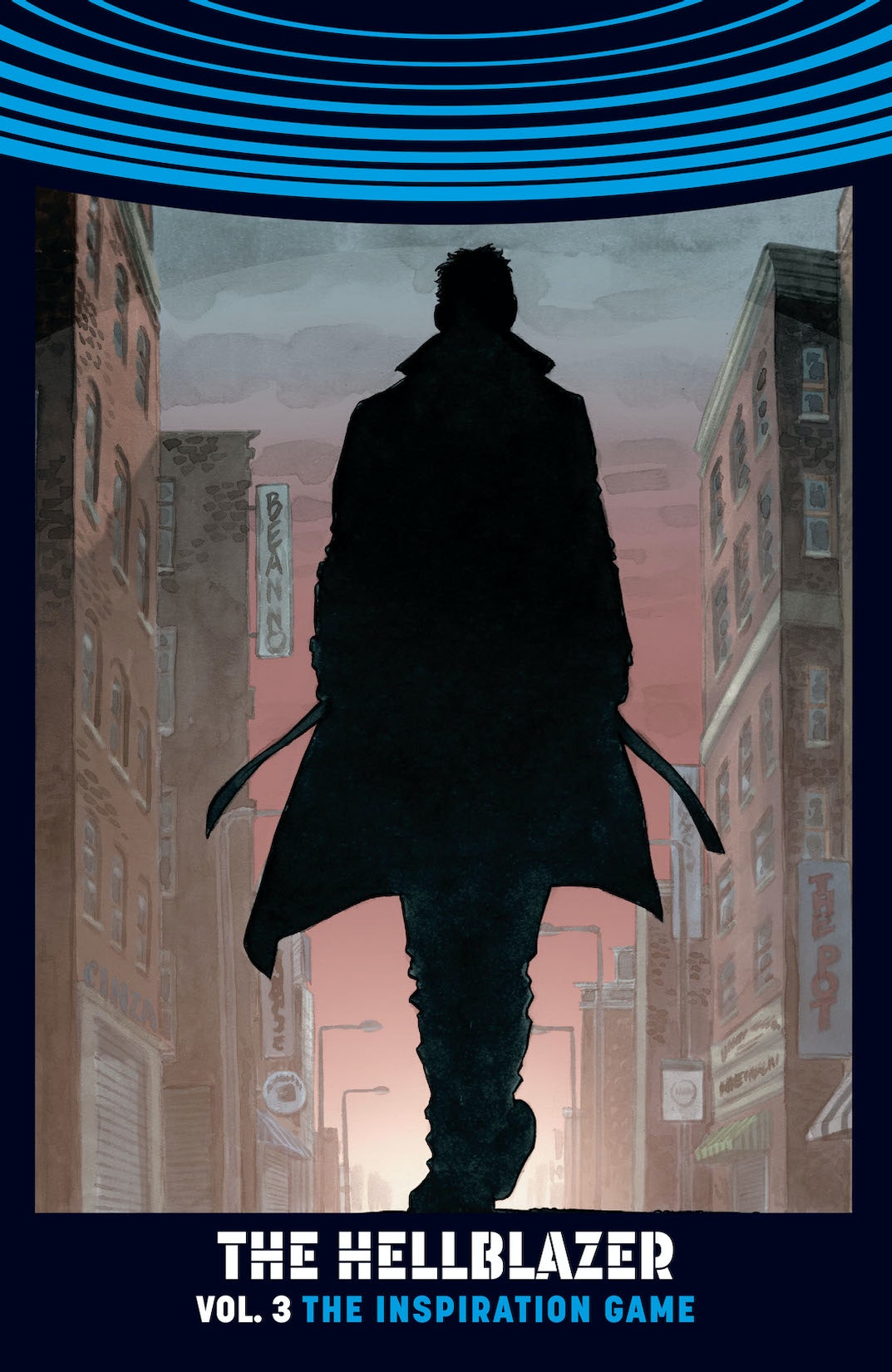 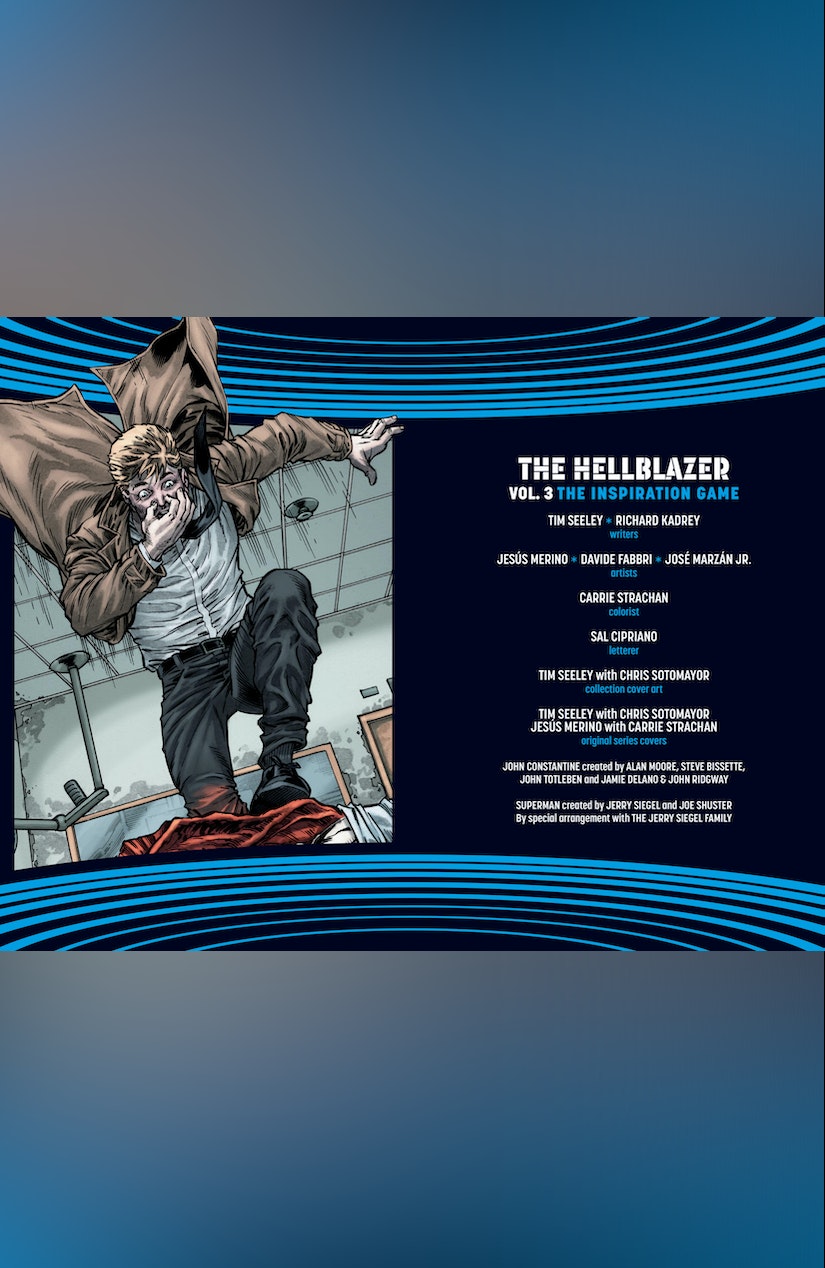 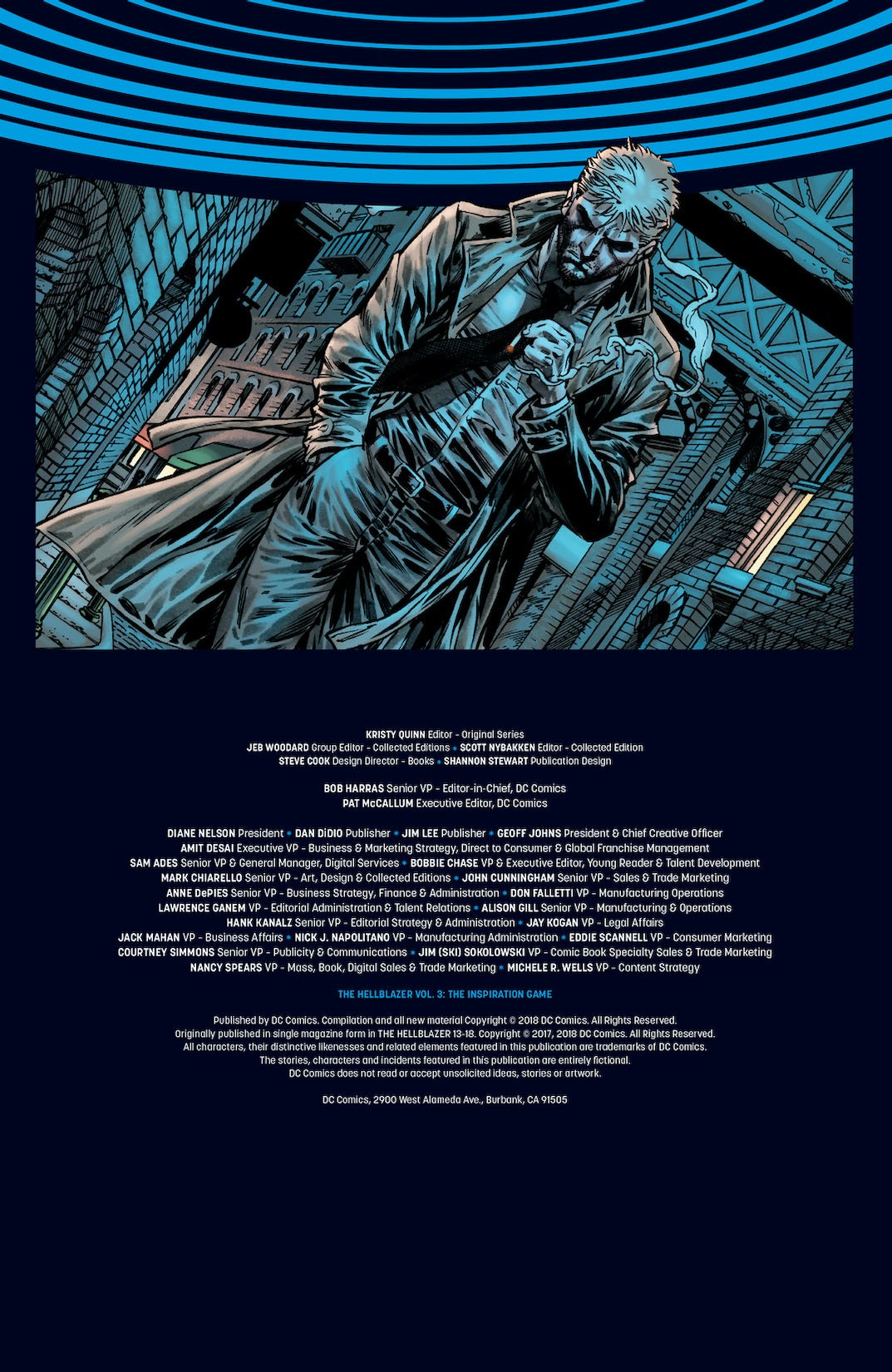 The Hellblazer Vol. 3: The Inspiration Game

The Hellblazer Vol. 3: The Inspiration Game

Death doesn’t just become John Constantine—it shadows the poor bastard’s every step, from his home turf of London to the streets of San Francisco. What’s more, it has a nasty habit of striking where the DC Universe’s street-level sorcerer least expects it—like his dreams. After waking from a vengeful drunken nightmare, Constantine finds that a real-life murder has been committed. Could he have done the deed himself in a blacked-out rage? Or is some sinister force turning his subconscious mind into the ultimate untraceable weapon? Until he discovers the truth, no one is safe. But the Hellblazer knows better than anyone how inconstant and malleable the truth can be—particularly when it’s in the hands of a magus with his talent and experience. Faced with the possibility of fulfilling his heart’s most secret desires, will he be able to resist their siren song? Or will he end up rewriting all of reality to suit his ego? Mystical mysteries flow thicker than the San Francisco fog in The Hellblazer Vol. 3: The Inspiration Game, straight from the collective unconscious of writers Tim Seeley and Richard Kadrey and artists Jesús Merino, Davide Fabbri and José Marzán Jr.! Collects issues #13-18 of the ongoing series.