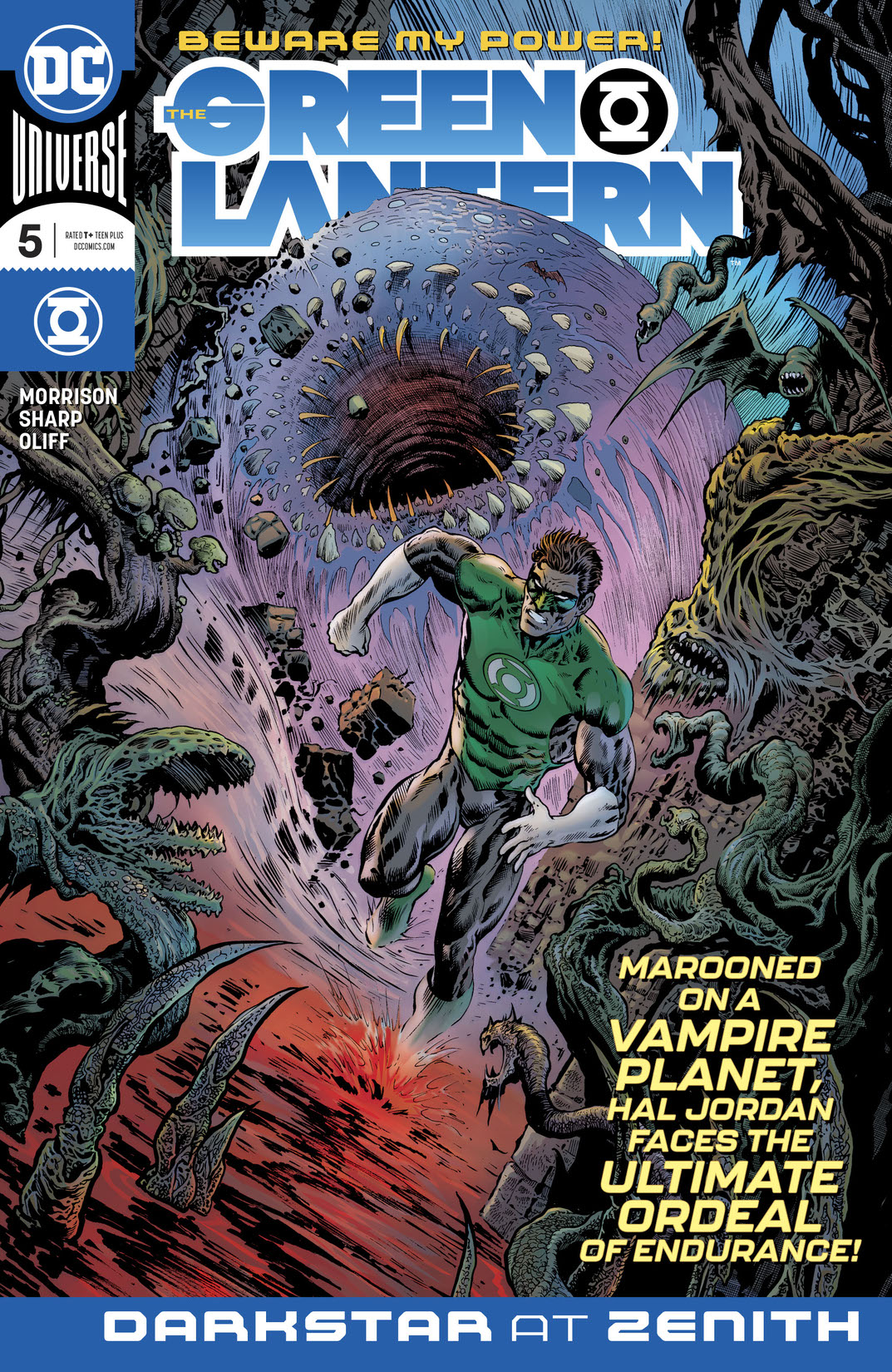 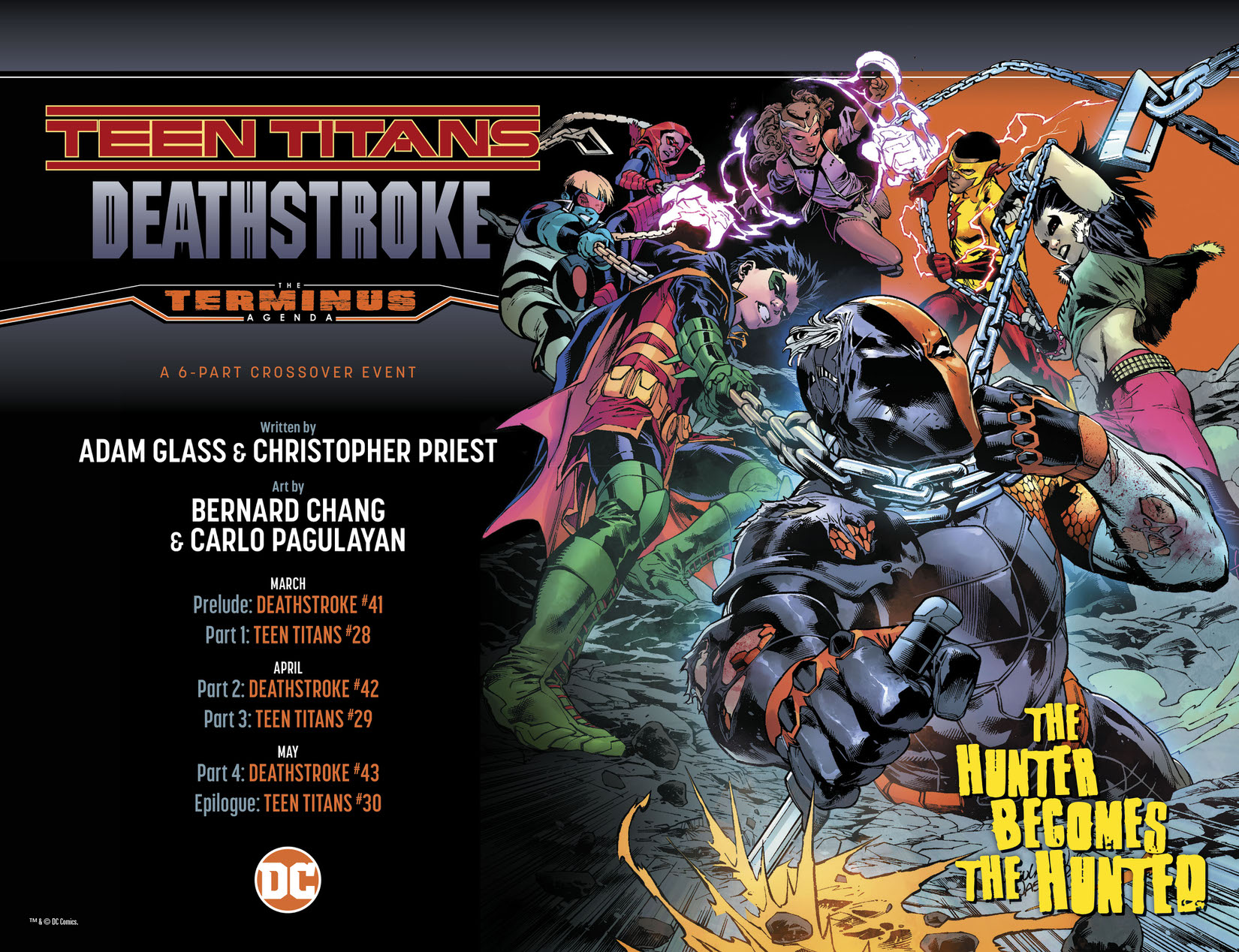 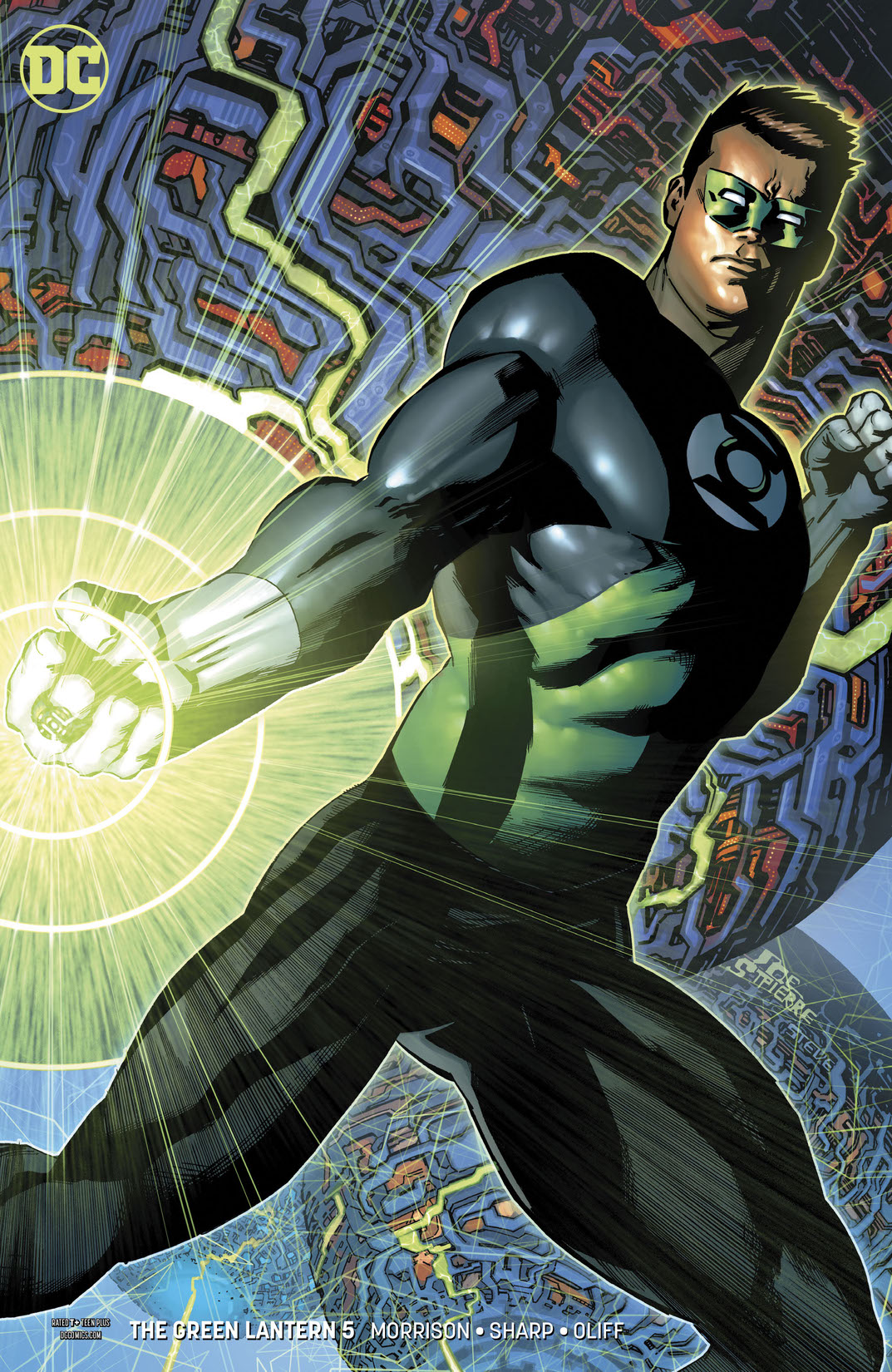 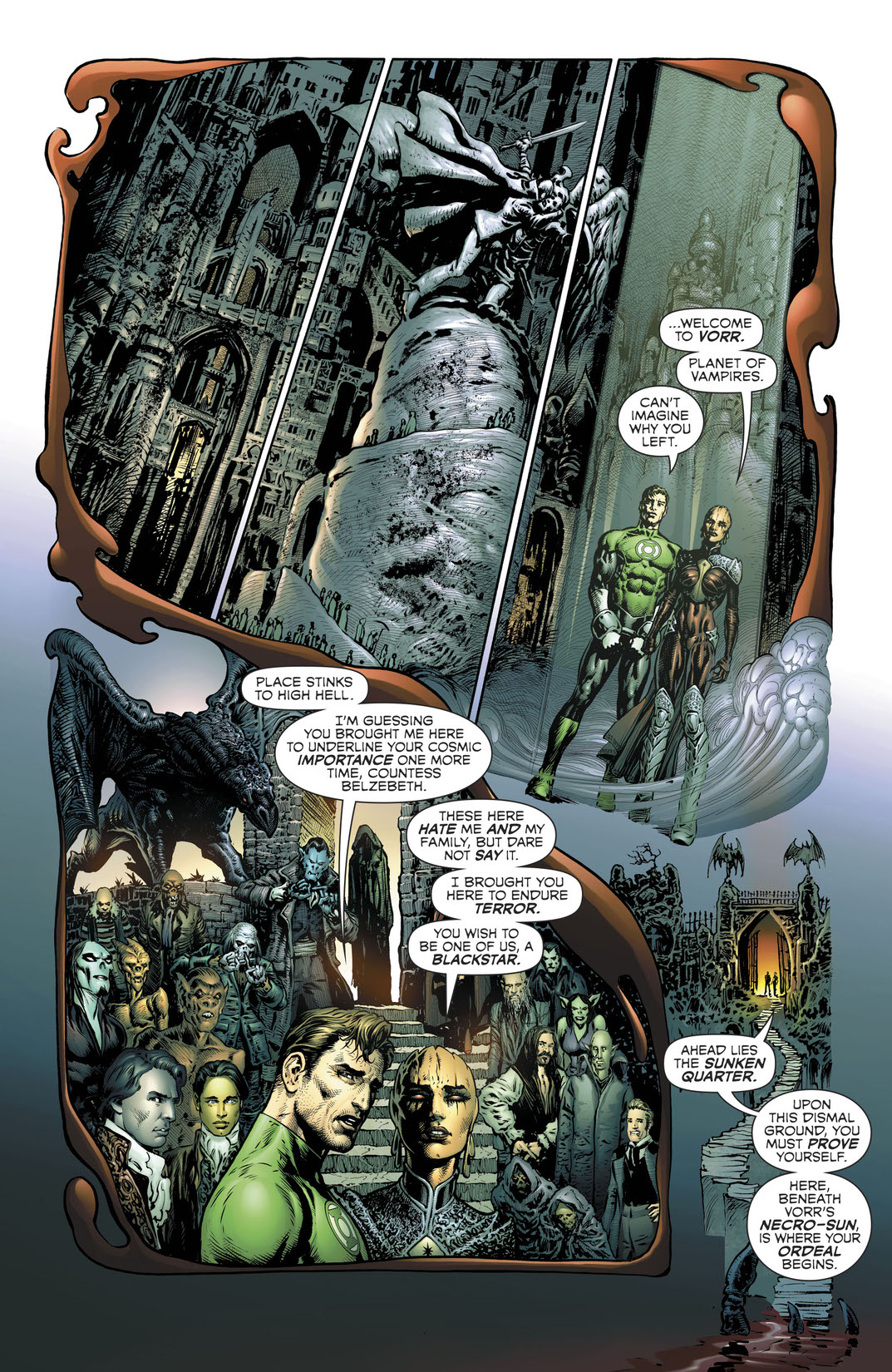 “Blackstar at Zenith!” Hal Jordan has abandoned the Green Lantern Corps to join the Blackstars! But to do so, he’ll need to convince their leader, Countess Belzebeth, and pass an initiation test. Which means he must survive a series of trials on the vampire planet Vorr, whose entire population wants to feast upon him! It’s cosmic goth at its bloodiest…with a cliffhanger that’s even bloodier!