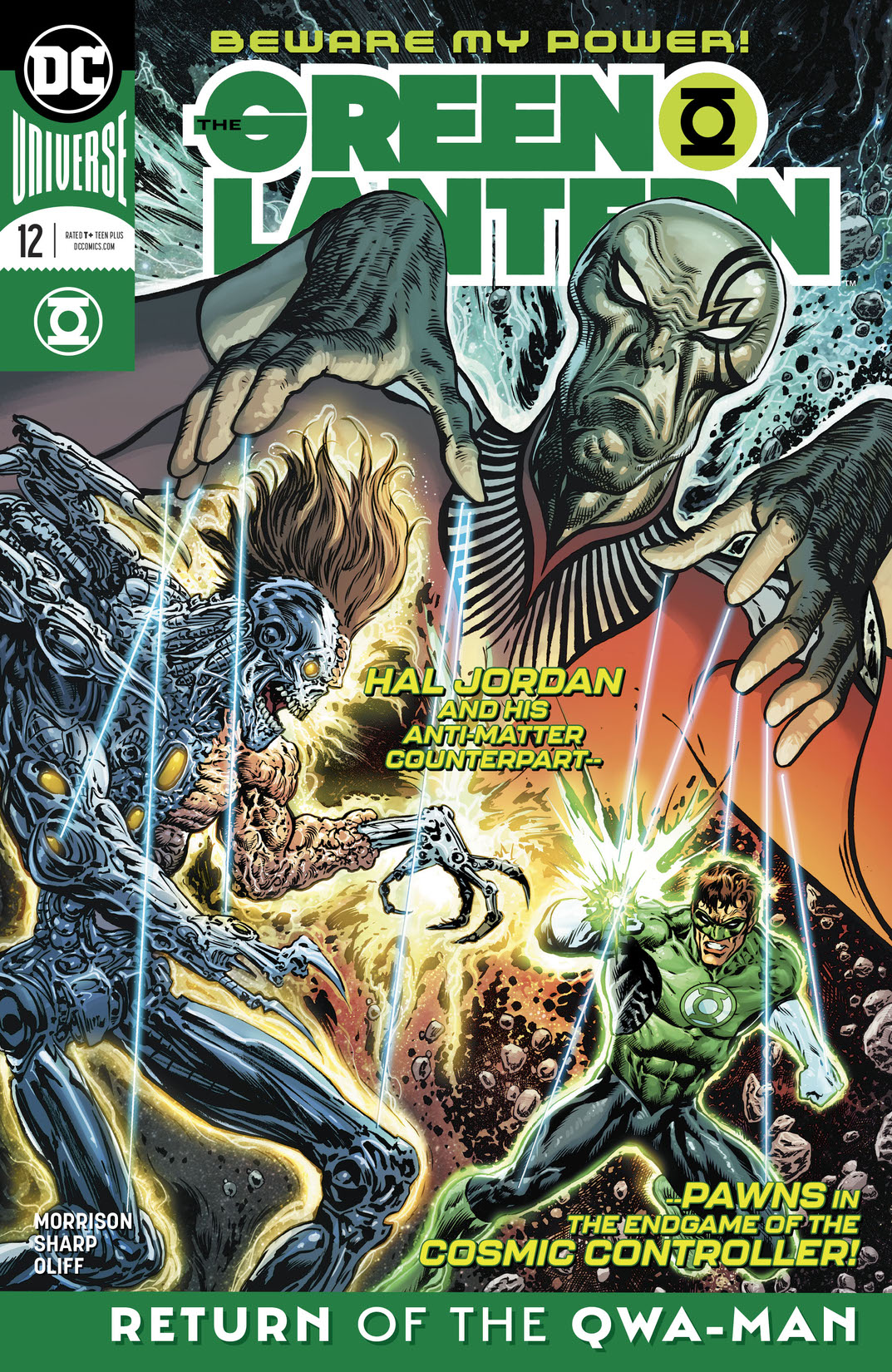 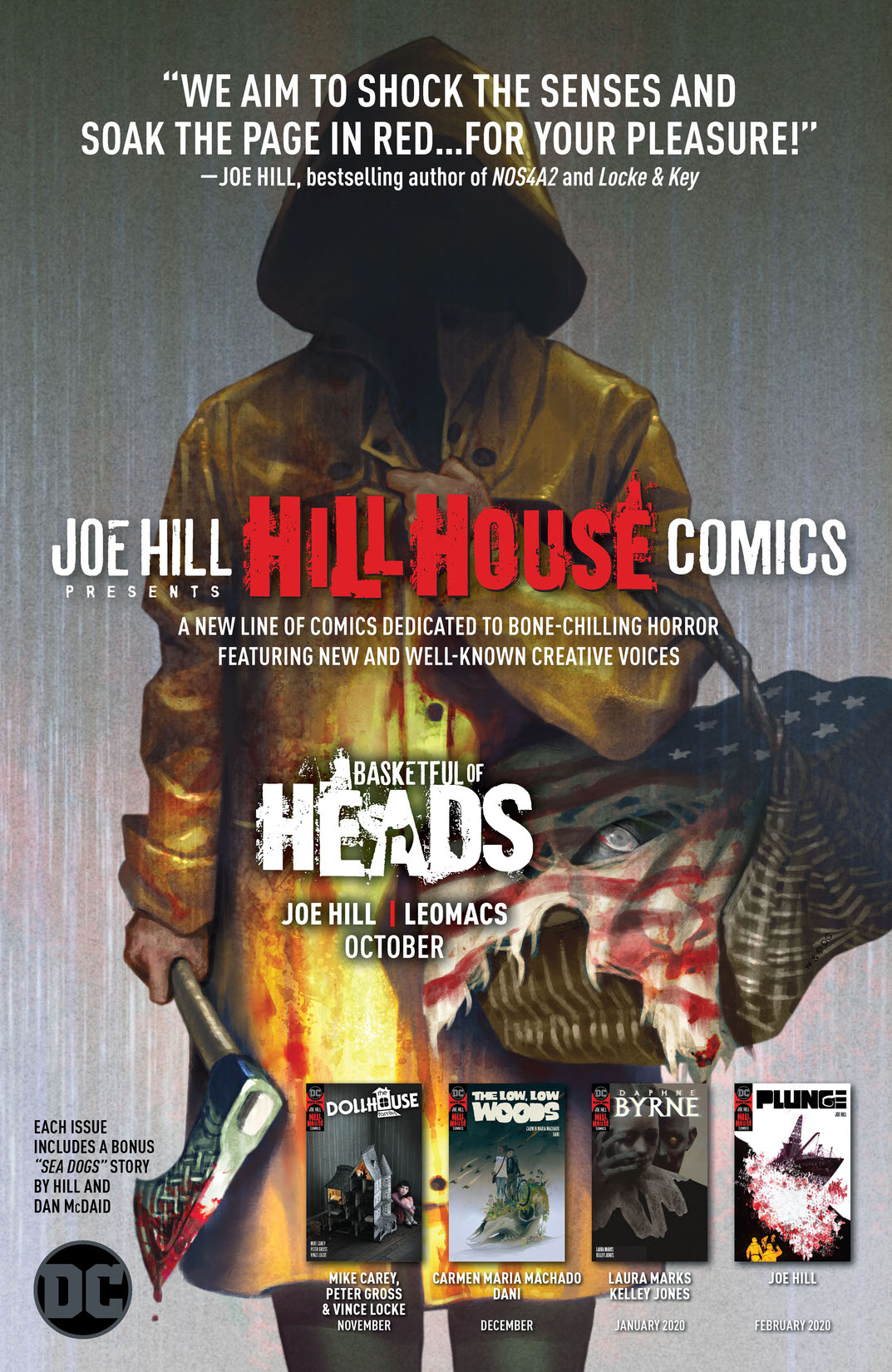 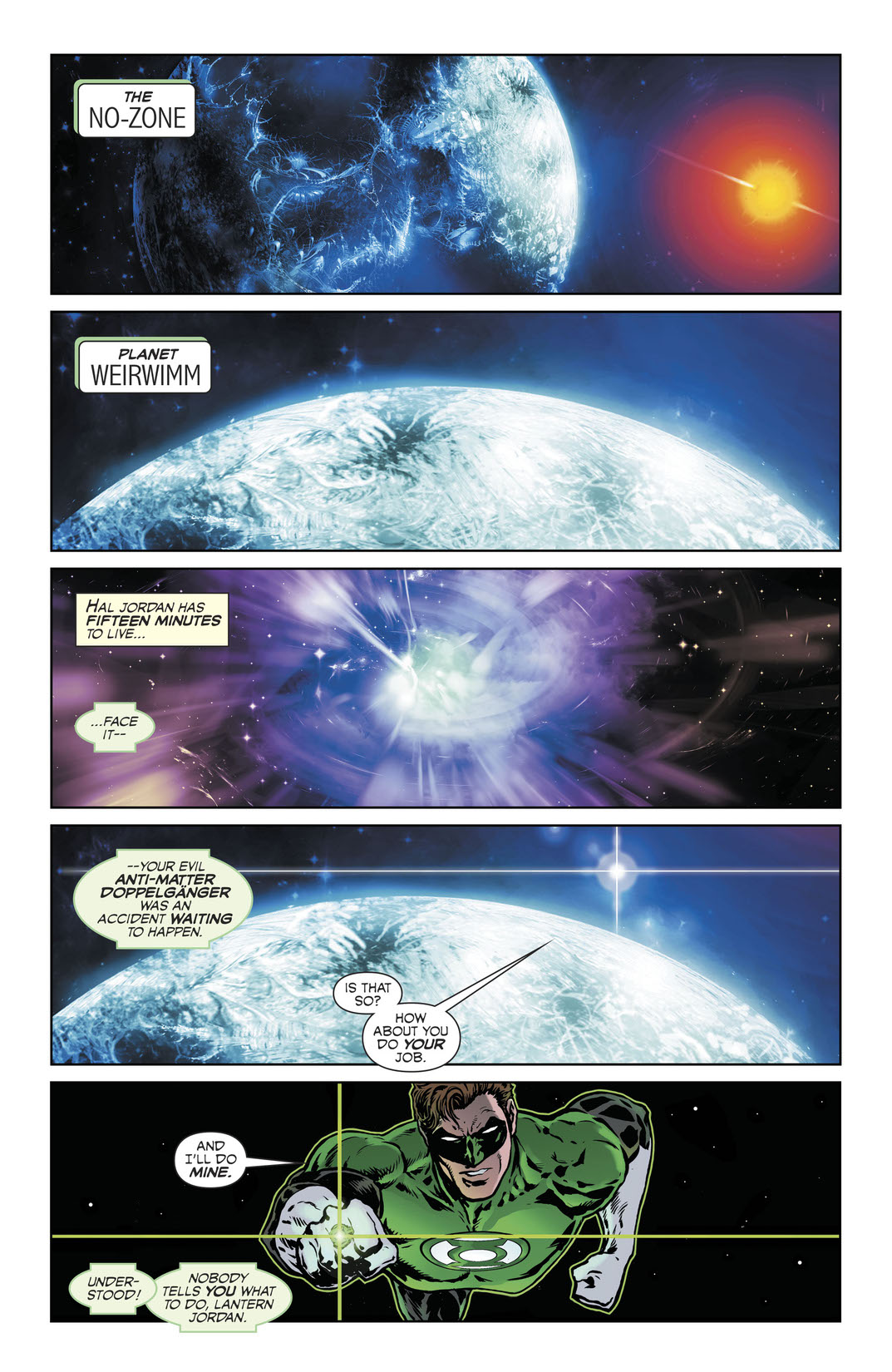 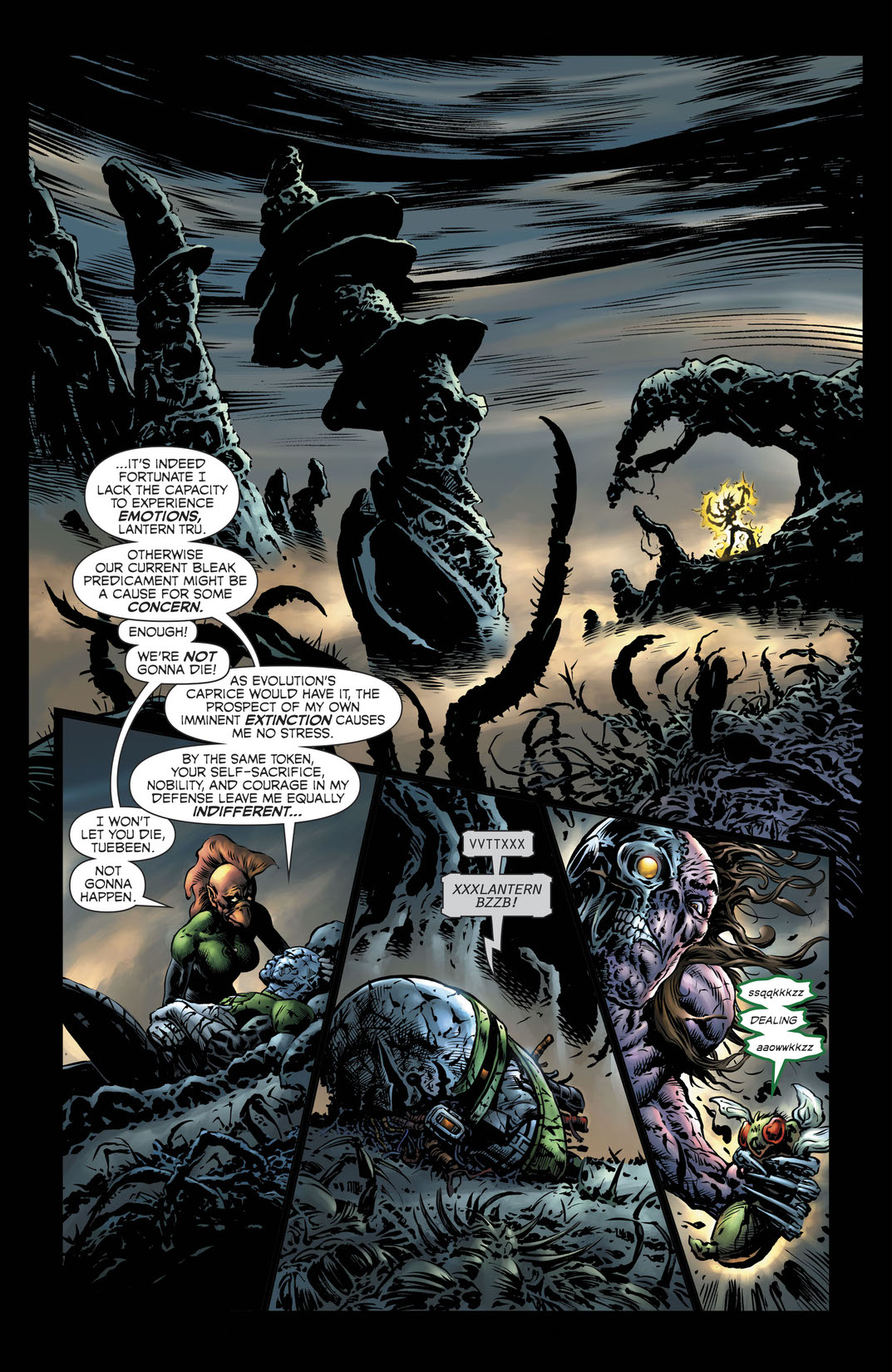 The Green Lanterns will fall! Insidious plans meticulously set in motion since issue #1 have reached their boiling point. As defeat looms for the Corps, Hal Jordan’s showdown with his monstrous antimatter counterpart sets the stage for the final pages of this issue-and the moment that will echo throughout the entire DC Universe! How bad is it for Hal and the Corps? There’s no GREEN LANTERN #13 next month…but writer Grant Morrison is crafting the next chapter of this story, and it’s coming soon! Only there’s no “Green Lantern” in the title. After the events of this issue, how could there be?