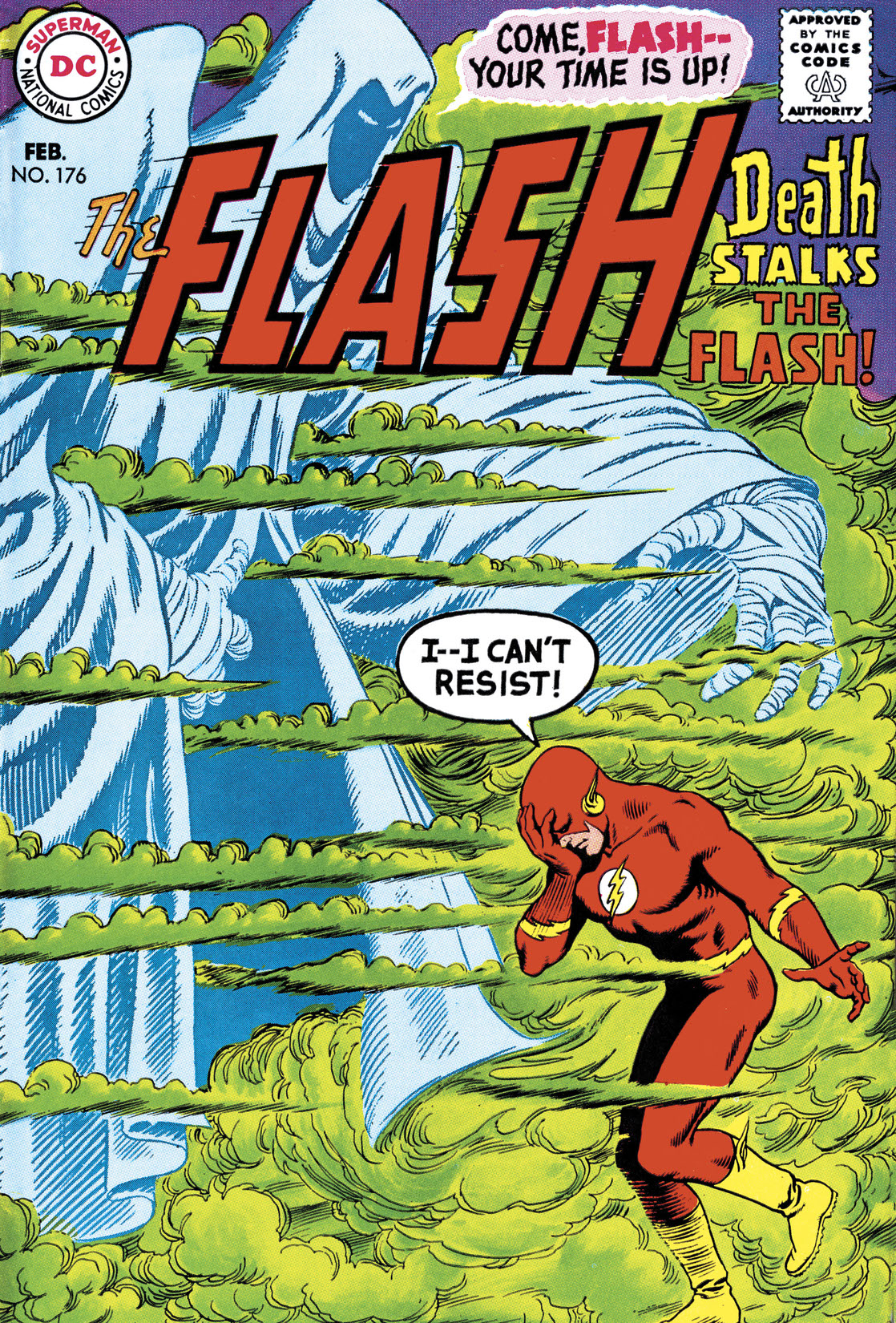 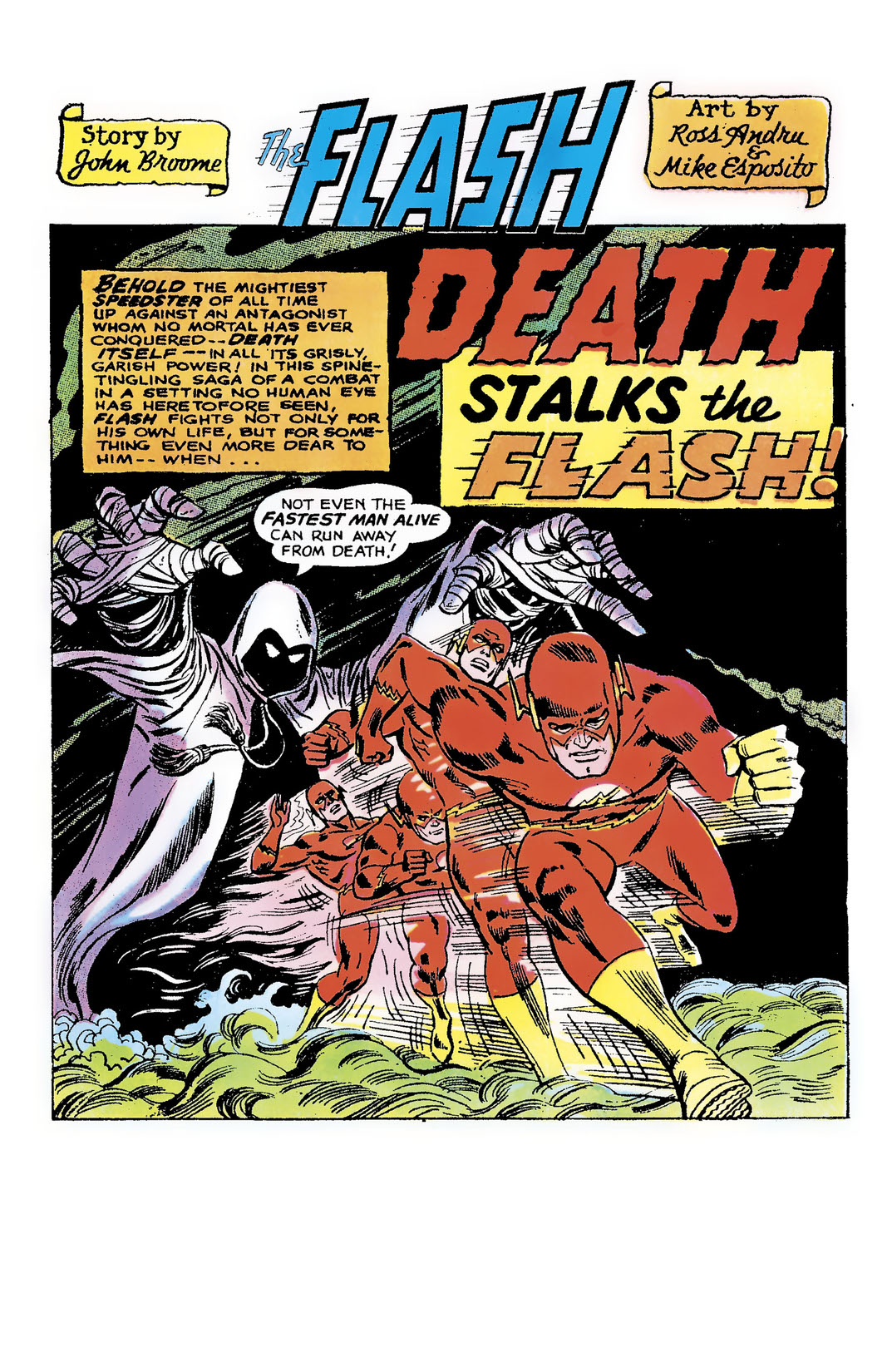 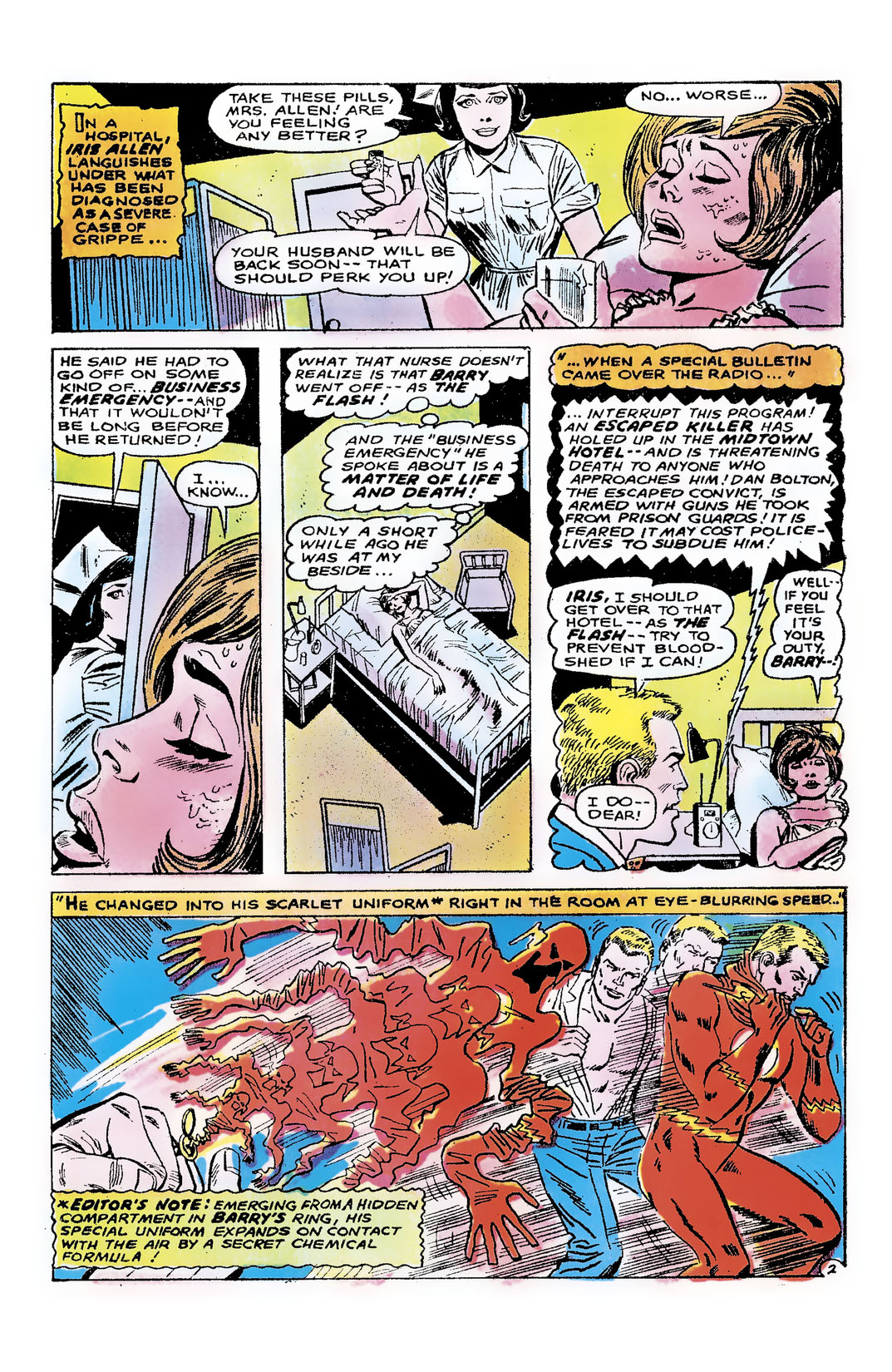 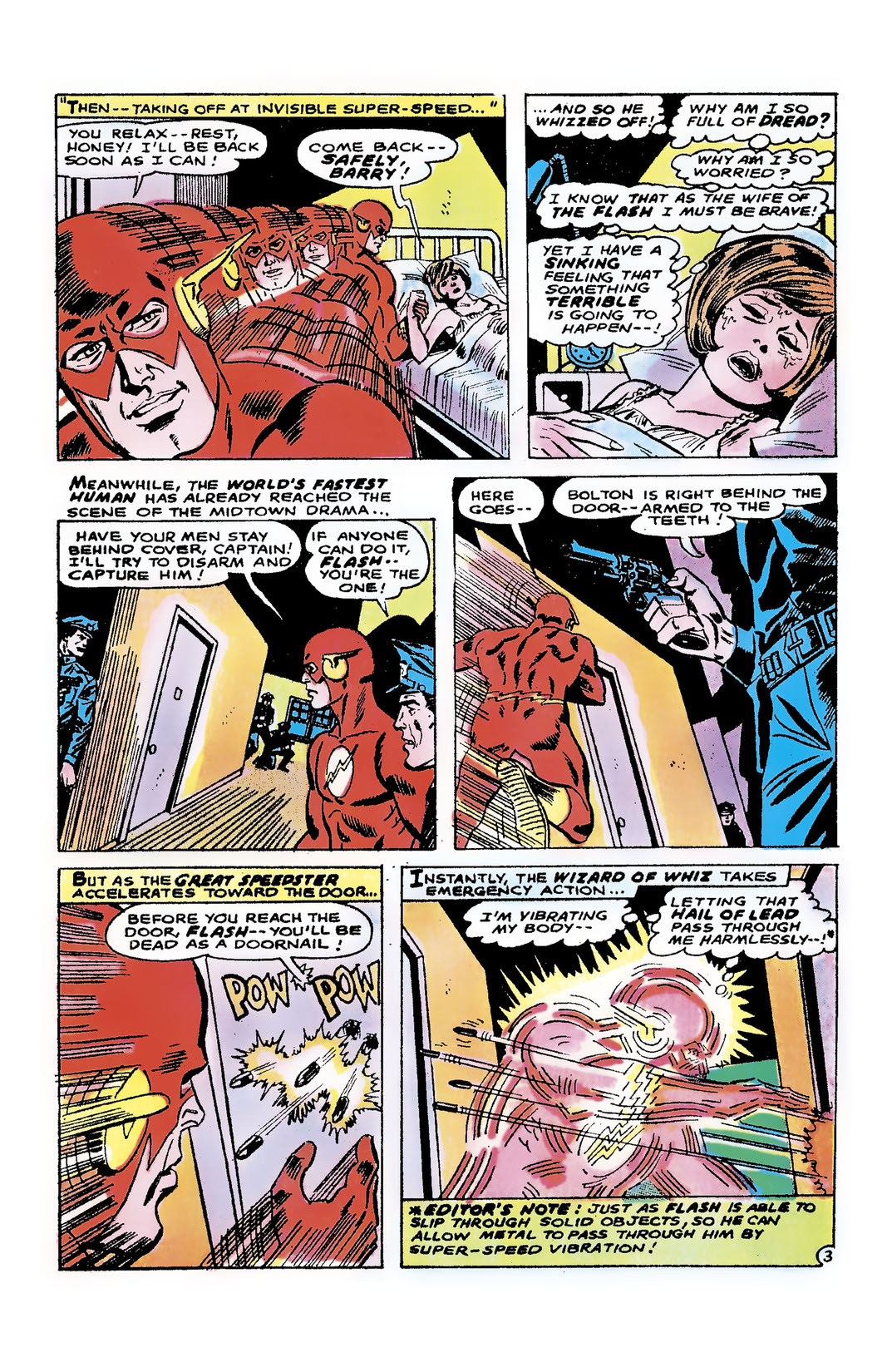 “DEATH STALKS THE FLASH!” Iris gets sick and becomes delirious, and she fears for the life of the Flash while he uses his powers to go to a dream dimension. Professor Ira West goes to a memory workshop and encounters a crook who wants to find some buried loot.