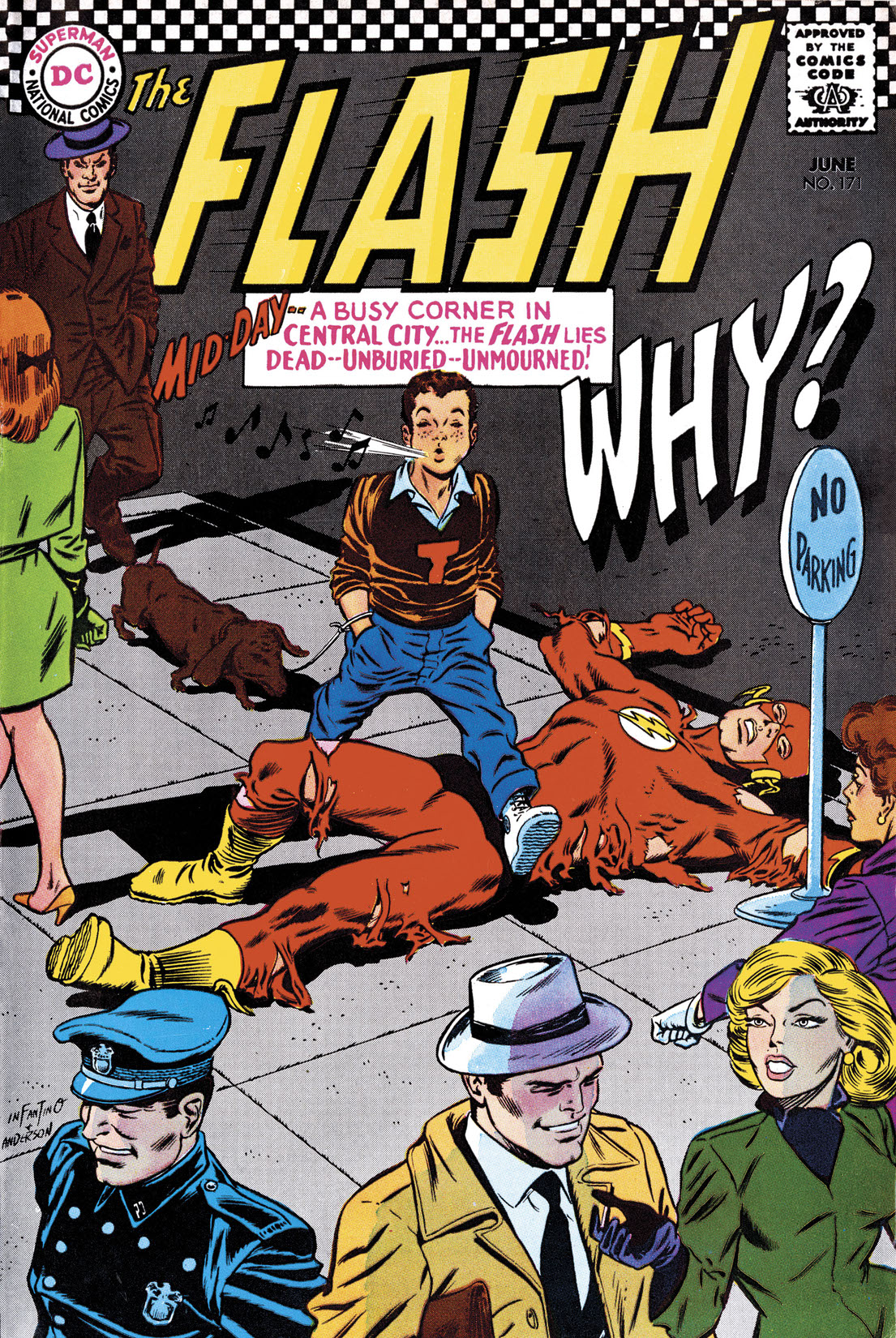 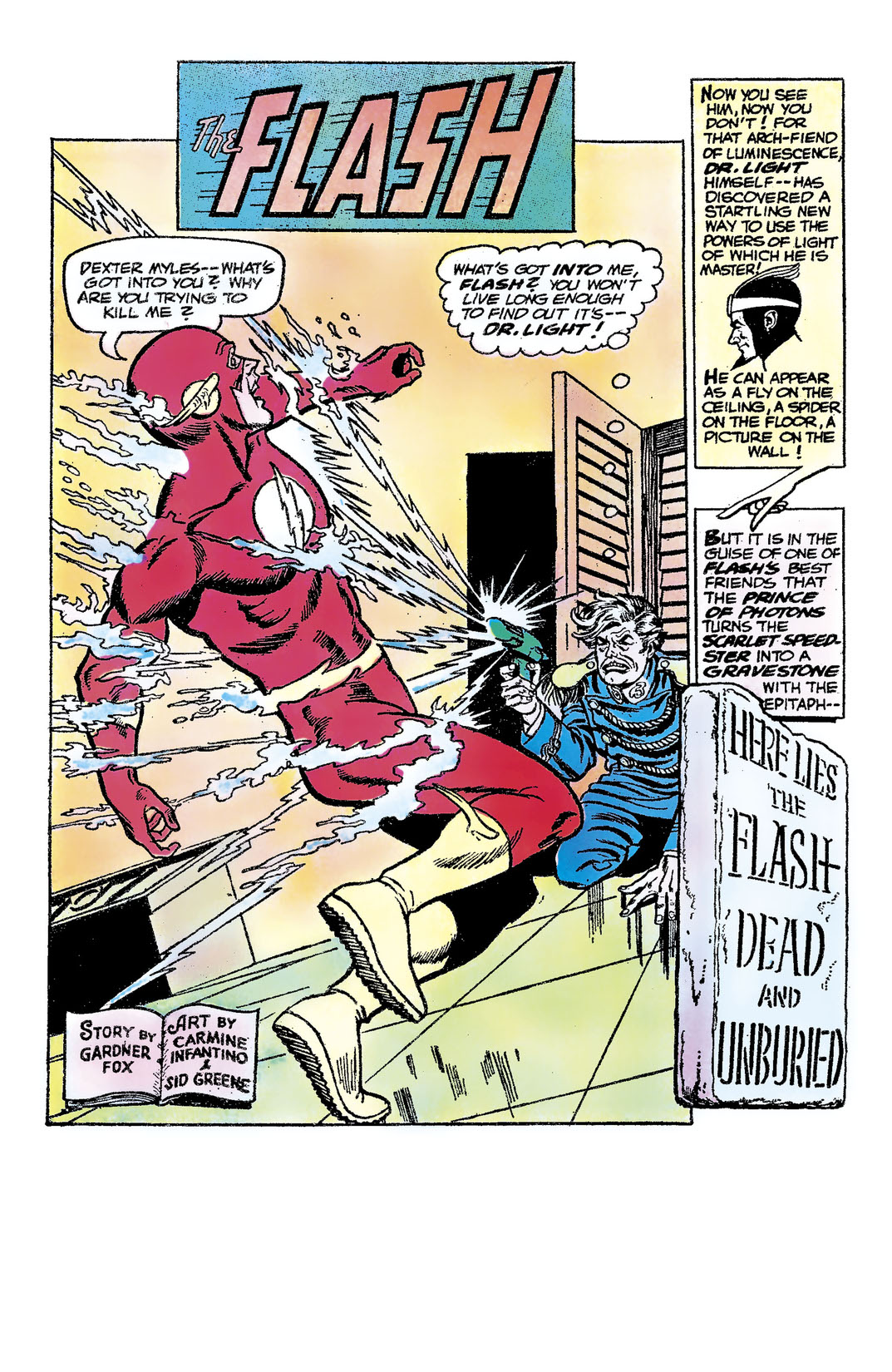 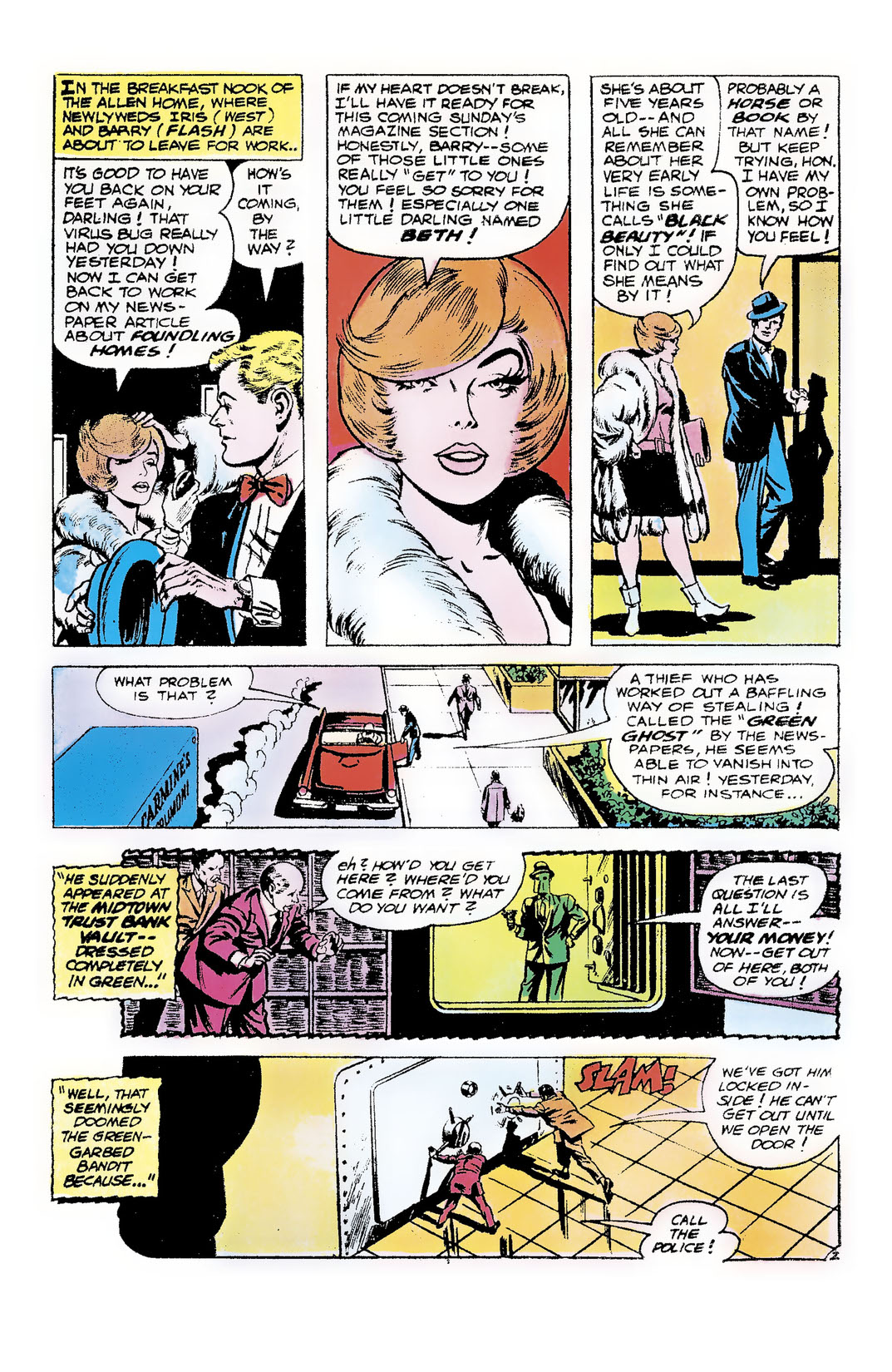 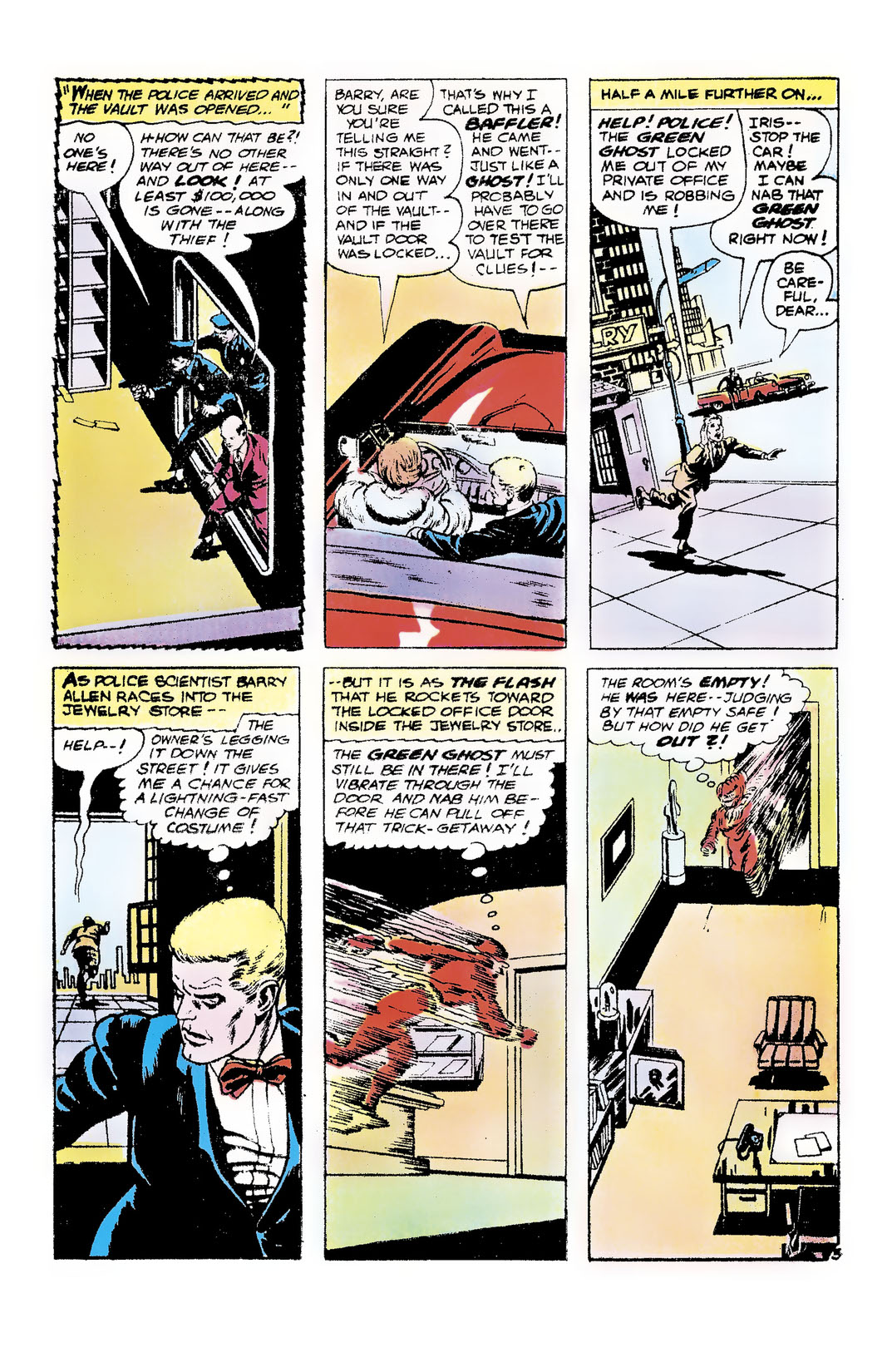 “HERE LIES THE FLASH – DEAD AND UNBURIED.” Dr. Light has mastered a method of using light as a disguise, which allows him to battle the Flash disguised as the Green Ghost, a spider, Dexter Miles and even a pile of jewels.