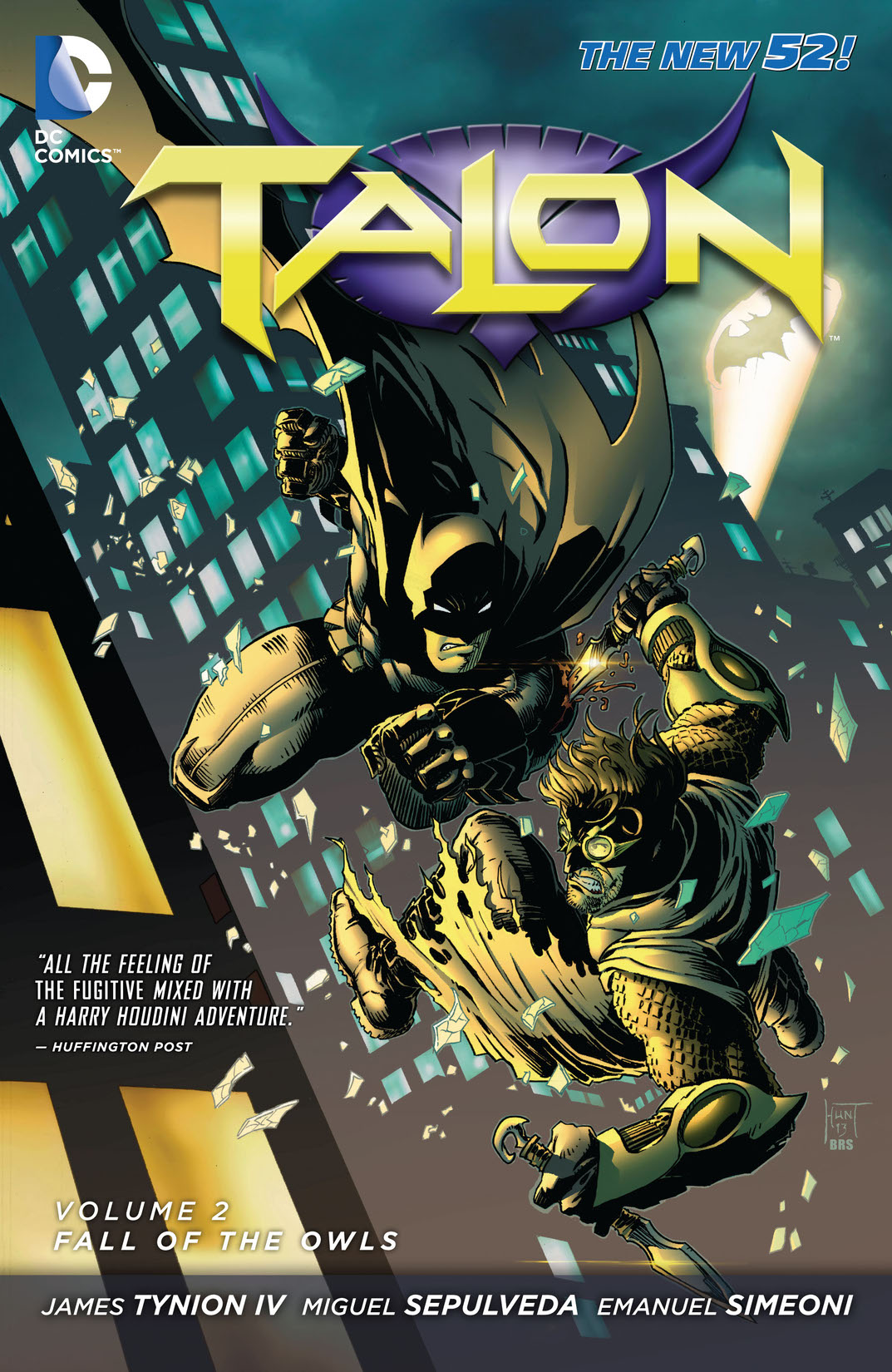 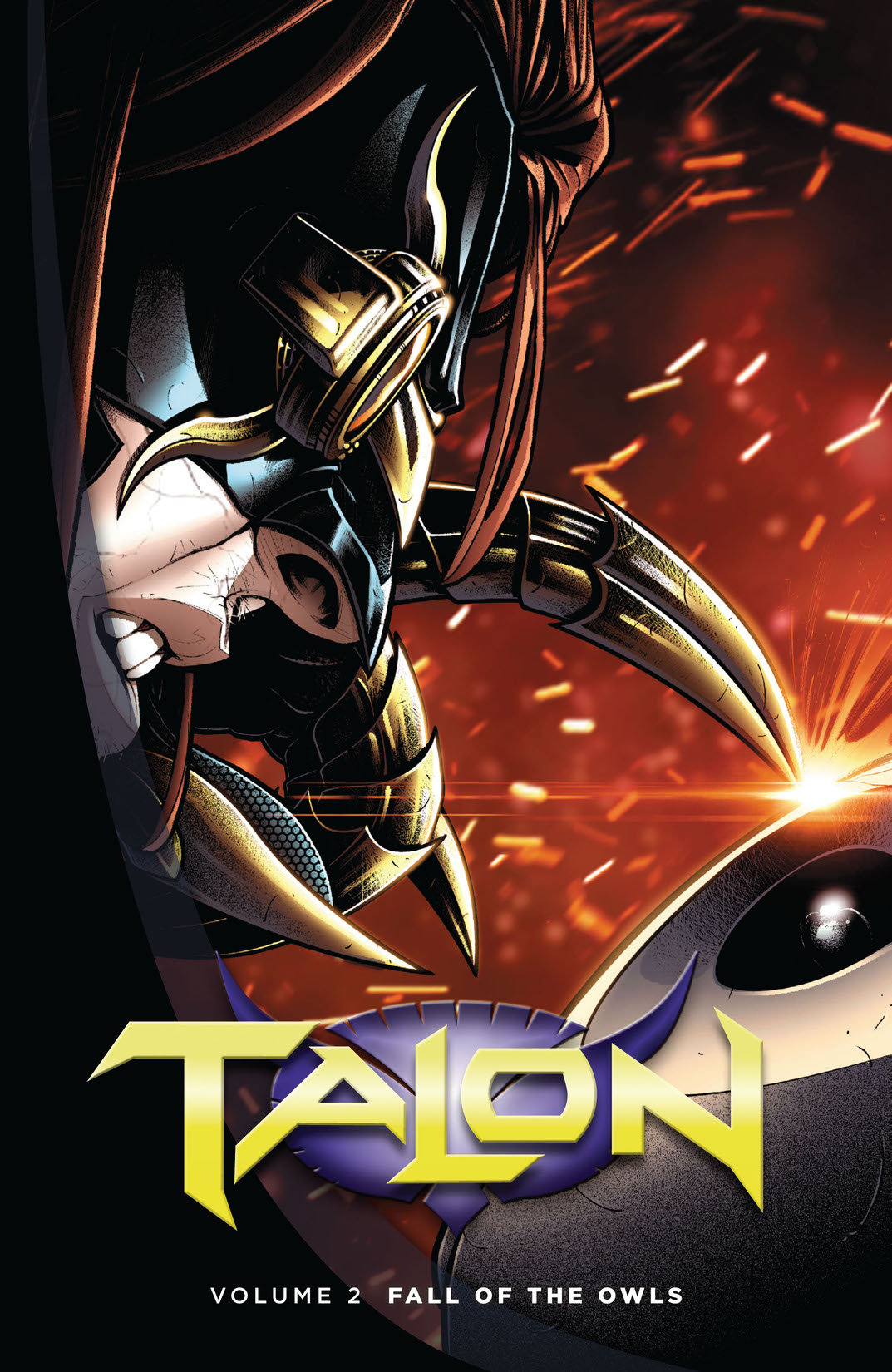 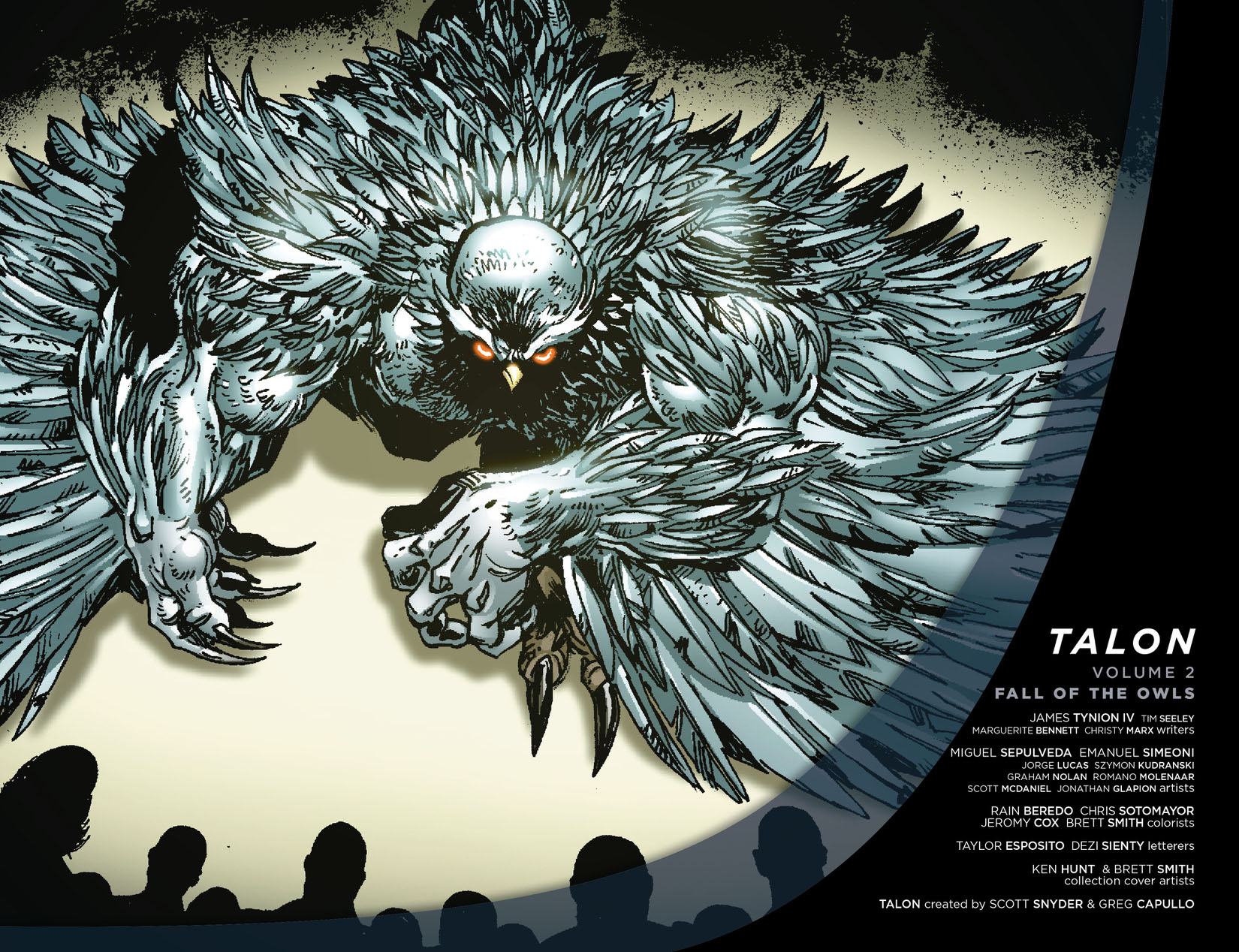 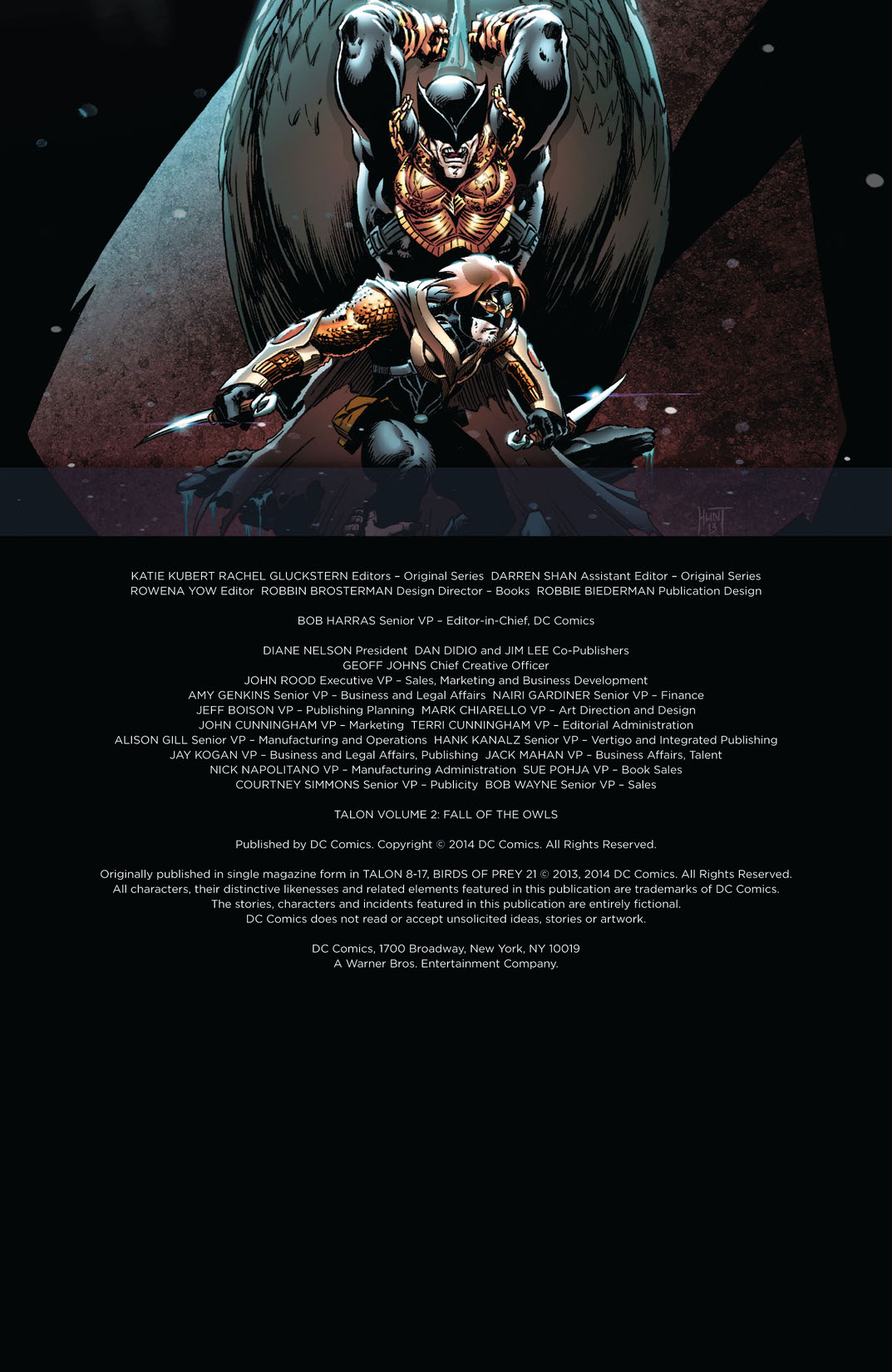 As a young performer with Haly's Circus, young Calvin Rose was secretly being raised to be a master assassin--a killing machine called a Talon. The Talons have always served the mysterious Court of Owls, a group of wealthy individuals who will stop at nothing to maintain their grip on power in Gotham City. When Rose defects from the Talon's ranks, he is marked for death and spends the next few years using all his training to hide from his former masters. In this volume, Calvin must slip unseen onto Bane's personal island fortress of Santa Prisca to capture scientist Sebastion Clark and uncover the truth about Bane's ongoing experiments on the island. What Calvin finds would make even Doctor Moreau tremble in fear. This volume collects Talon #8-17 and Birds of Prey #21.