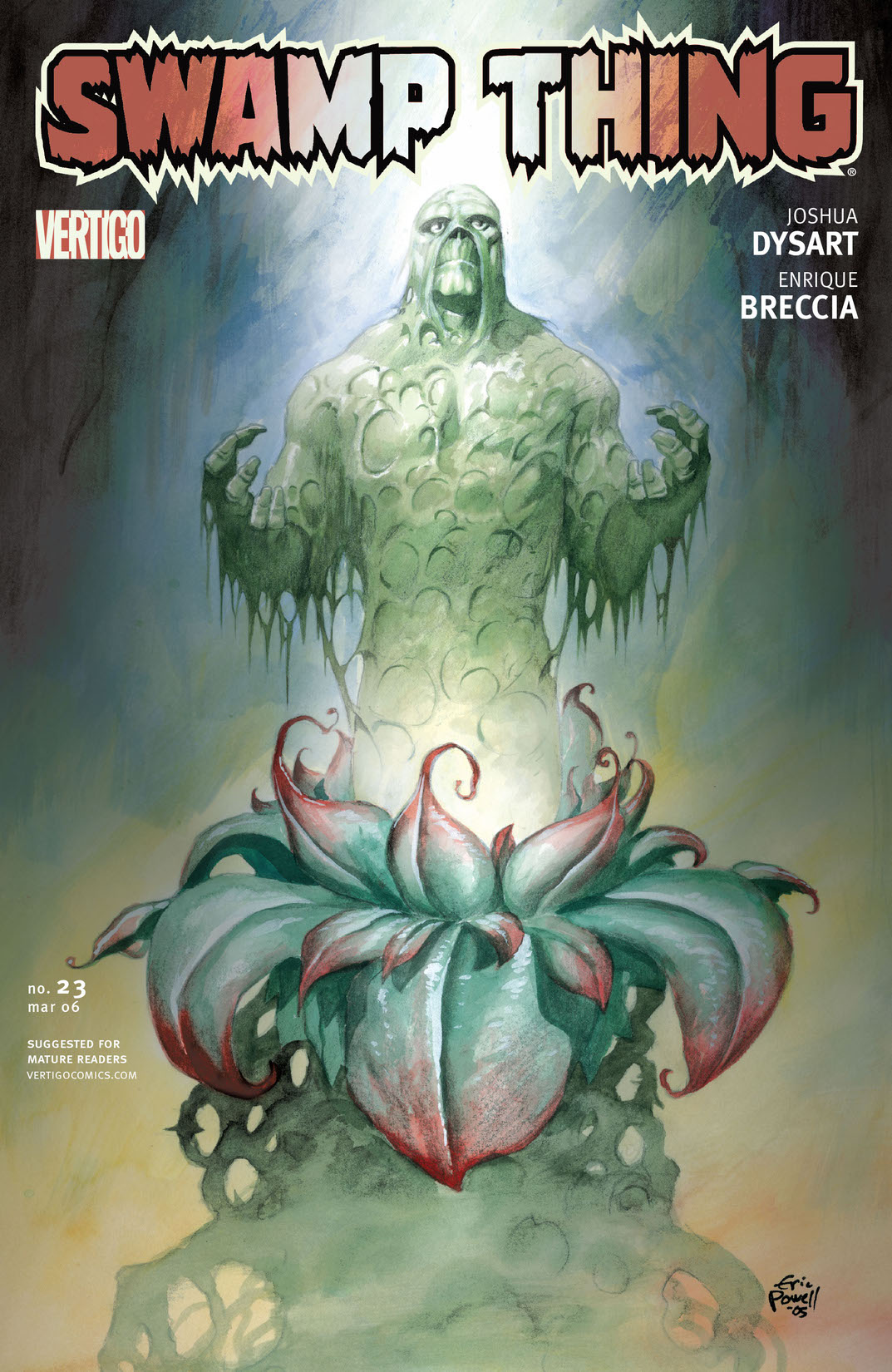 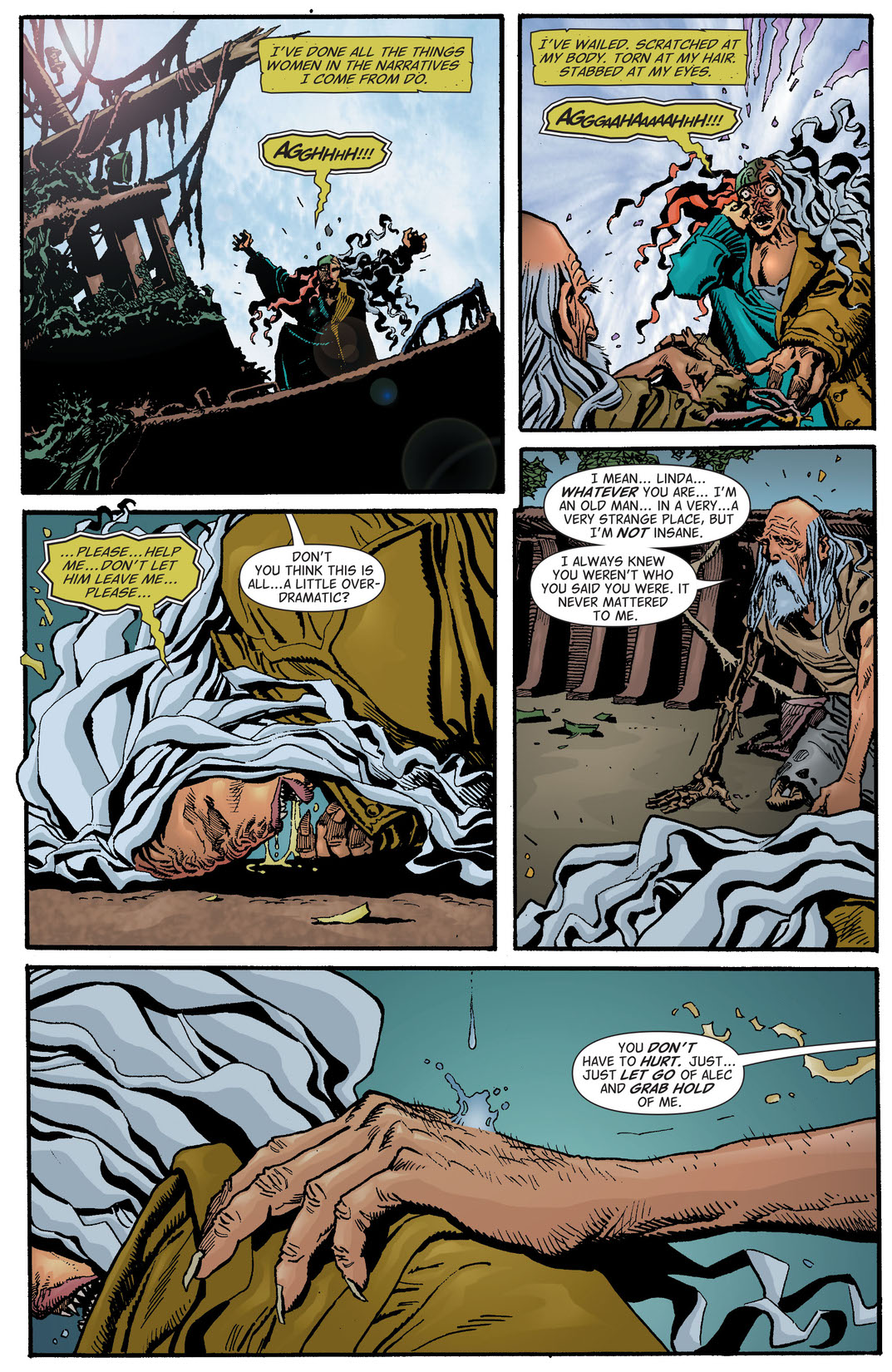 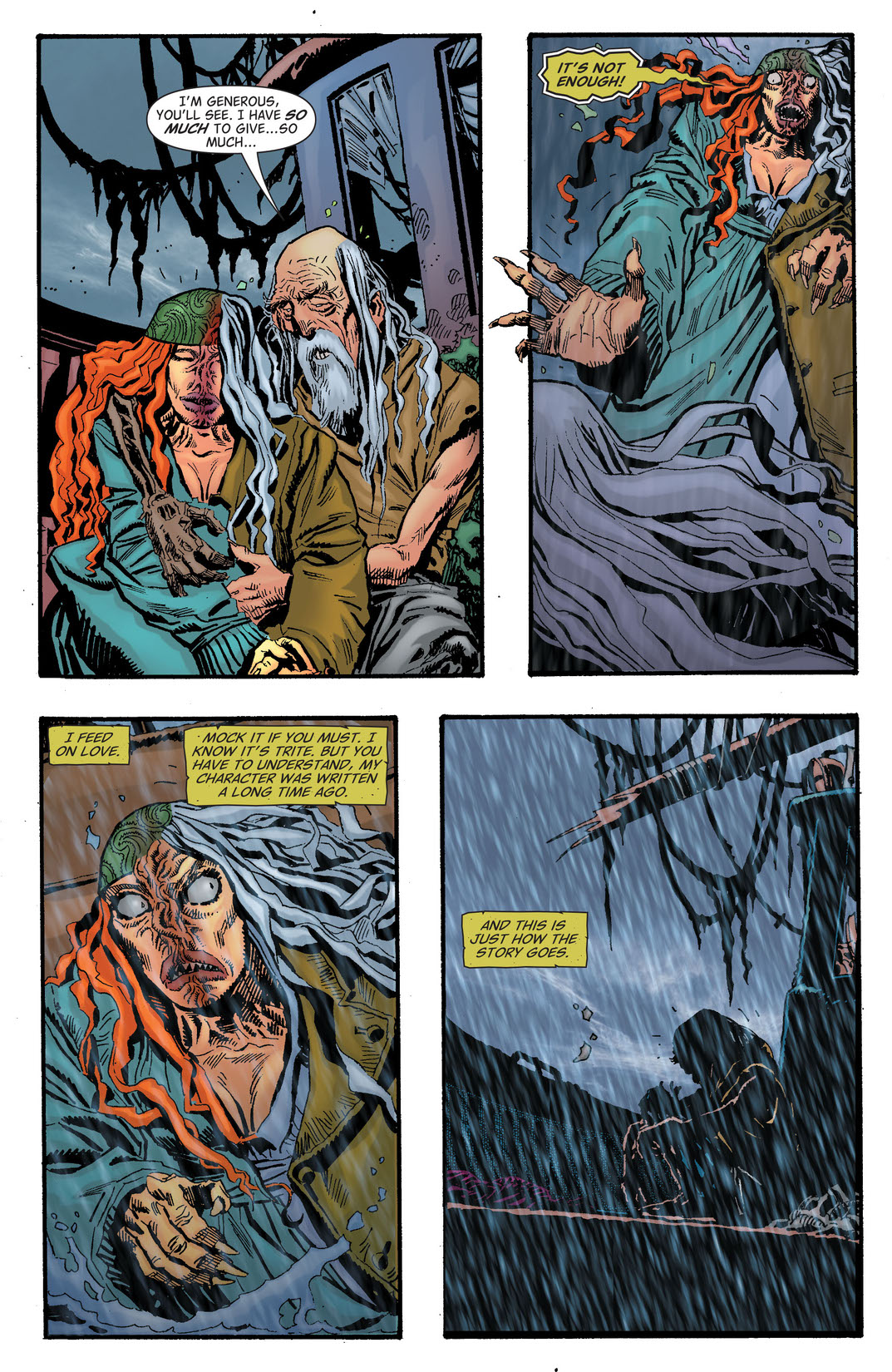 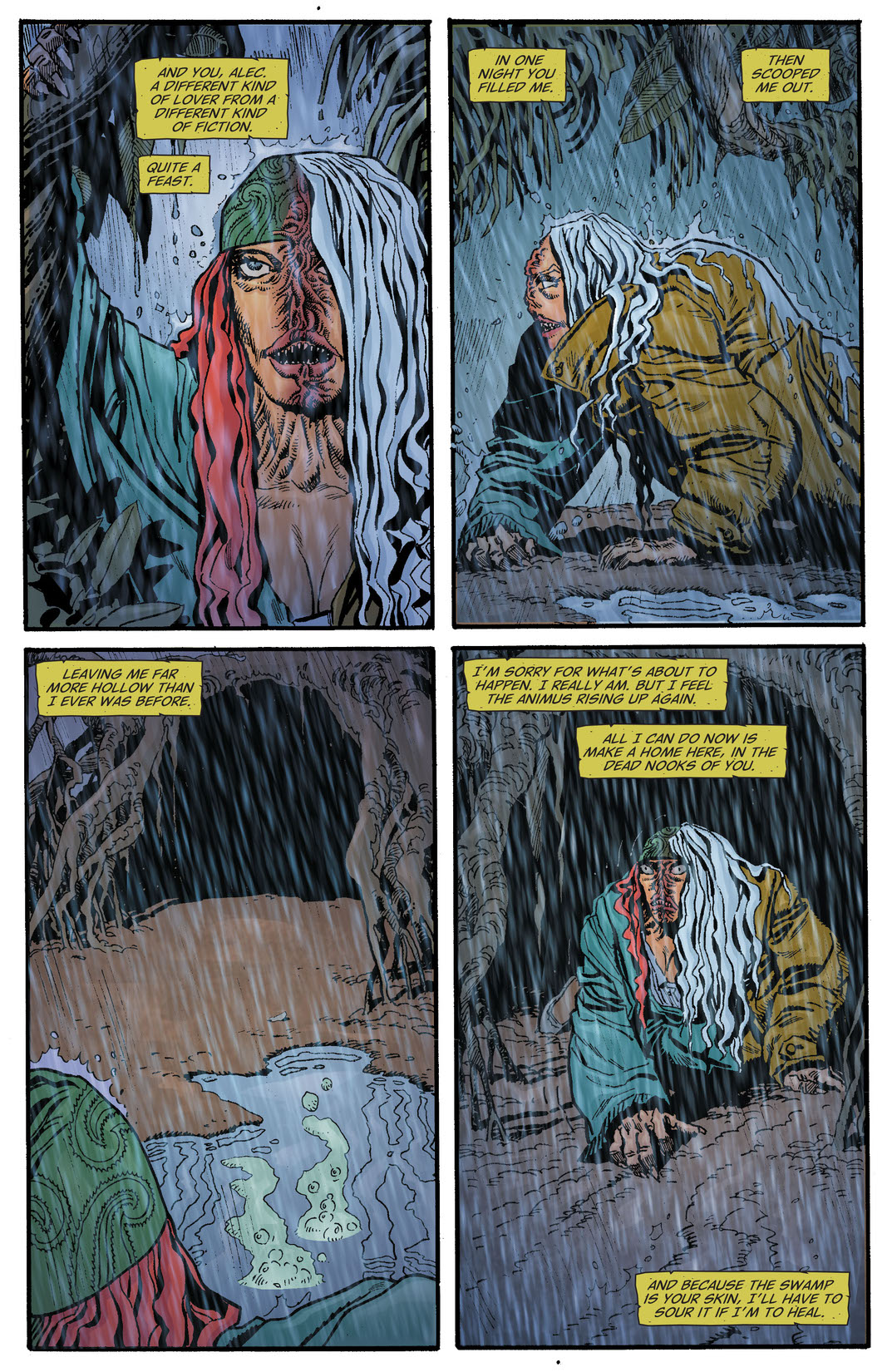 Part three of the four-part story "The Bleeding Raconteur," featuring a stunning cover by Eisner Award-winner Eric Powell (The Goon, ARKHAM ASYLUM: LIVING HELL). It's the most important turning point in Swamp Thing's recent life, as his godlike elemental powers come rushing back. But whether he uses them to heal the wounded swamp or destroy it remains to be seen…