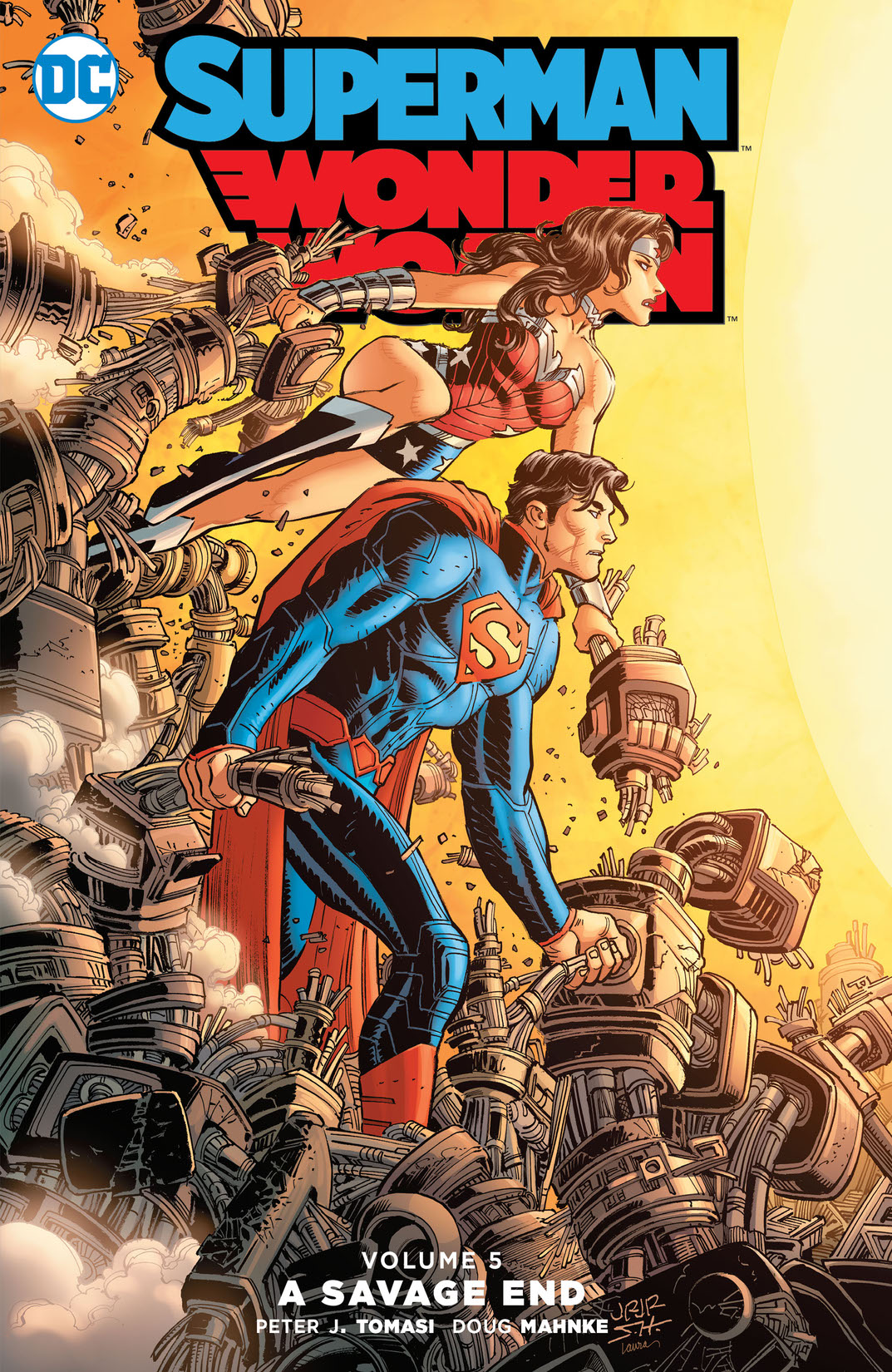 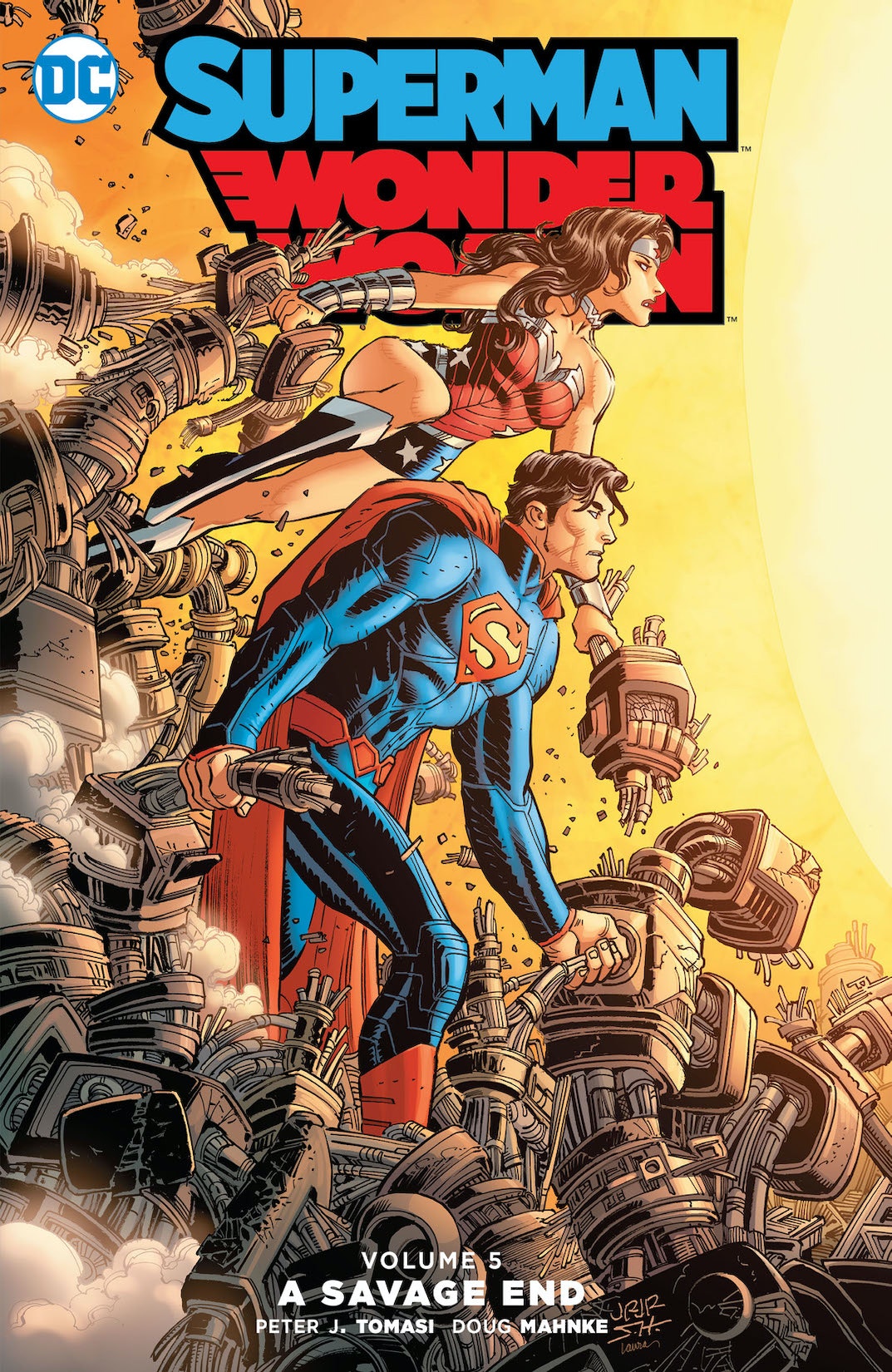 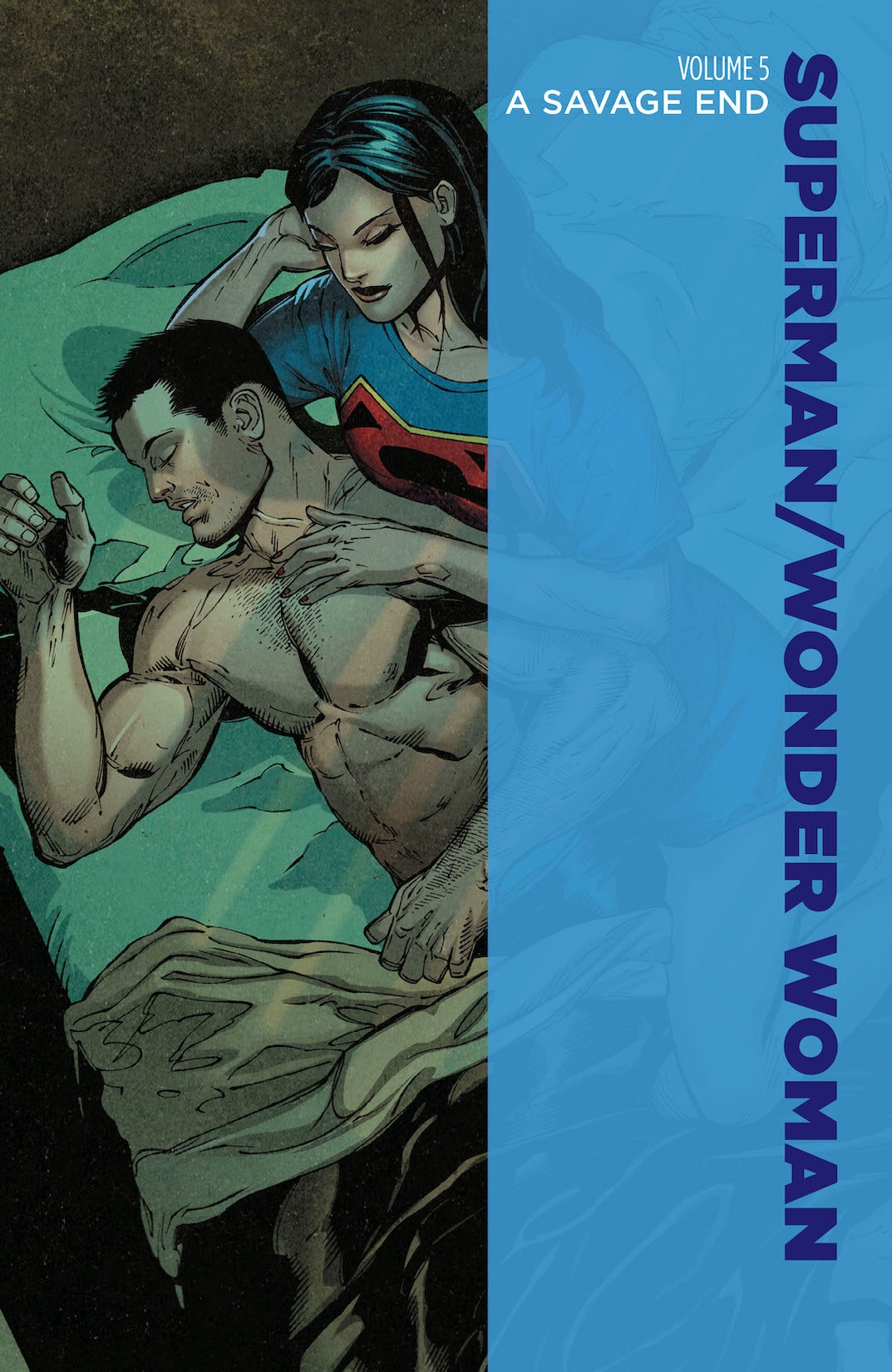 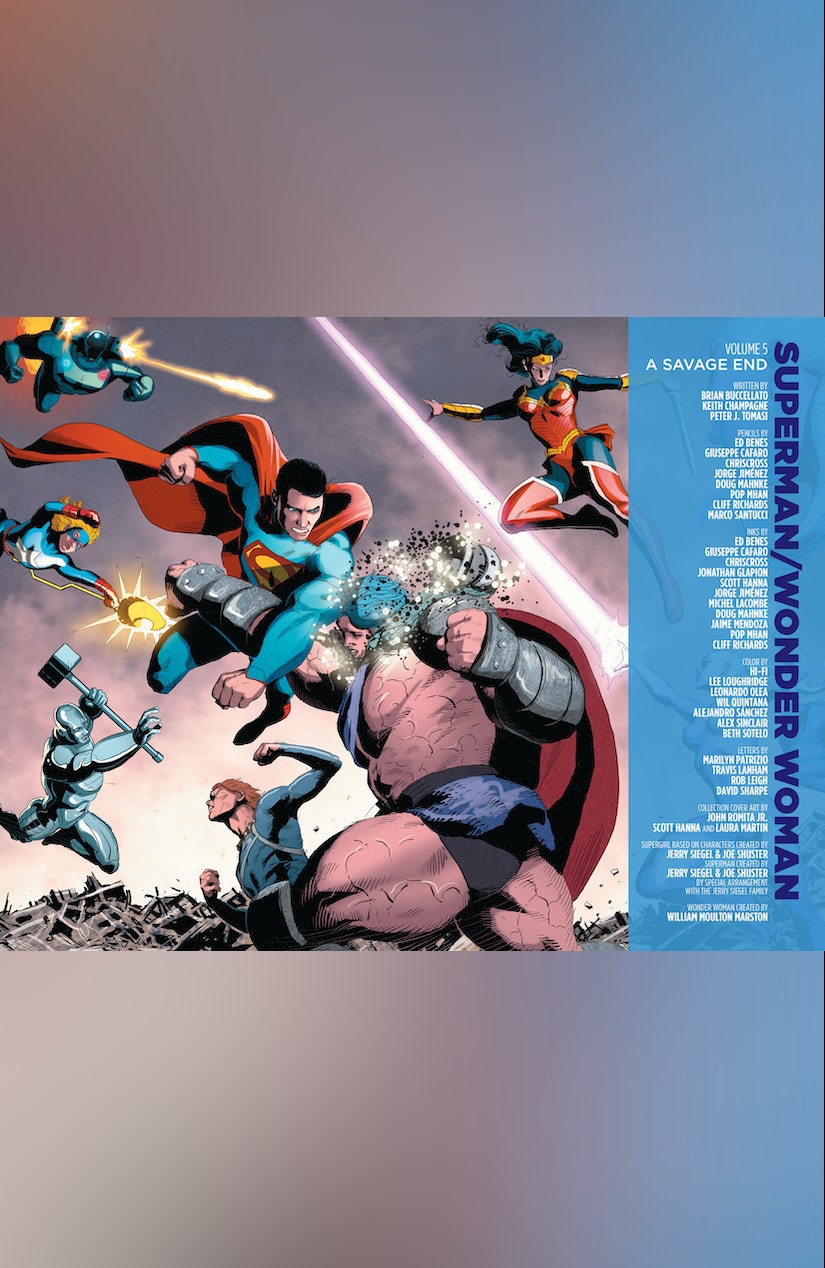 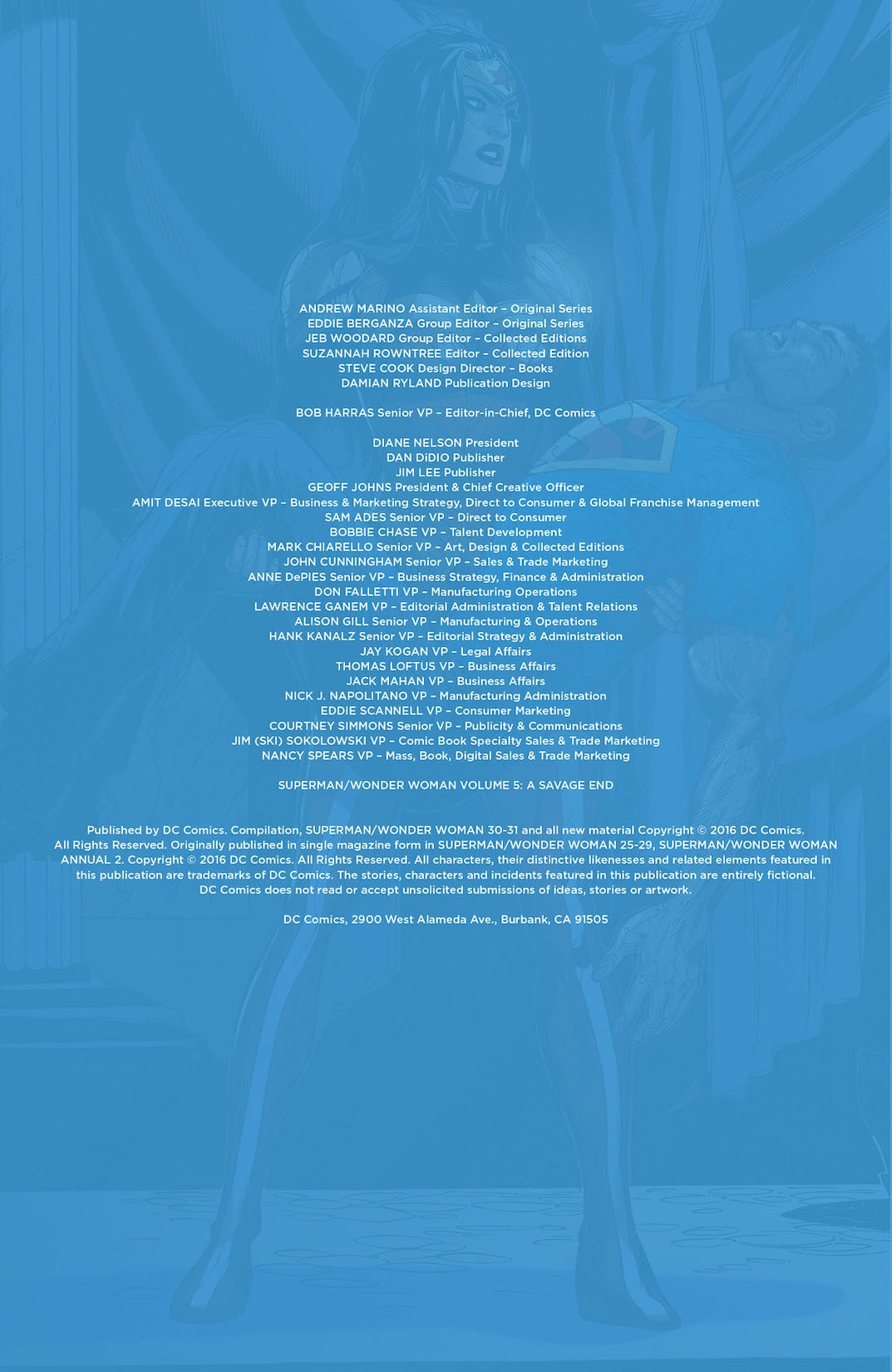 WHO LIVES, WHO DIES … A “power couple” no more, Superman and Wonder Woman need each other more than ever if they’re to defeat the immortal despot Vandal Savage. By stealing the Man of Steel’s powers, Savage has realized his master plan to draw back to Earth the comet that gave him his power eons ago. And this time, he’s confident it will grant him unspeakable might. In his weakened state, Superman is a near-certain casualty at the hands of Savage and the super-powered genetic offspring that kill in his name. Diana appeals to the Olympian gods to heal him, knowing that they will first put his spiritual form through an emotionally grueling test to determine his worthiness. Should the God of War’s desperate gamble pay off, she and Superman must still contend with the immortal madman and his progeny. Will that epic battle move the estranged lovers to reaffirm their feelings for one another…or must one final tragedy bring them back into each other’s arms? Critically acclaimed writer Peter J. Tomasi (SUPERMAN) and artists Doug Mahnke (JUSTICE LEAGUE), Cliff Richards (LOBO), Ed Benes (RED LANTERNS) and Jorge Jimenez (EARTH 2: SOCIETY) chronicle what appear to be the final days of the world’s most powerful couple in SUPERMAN/WONDER WOMAN VOL. 5, collecting issues #25-29 and collected edition exclusive SUPERMAN/WONDER WOMAN #30-31.