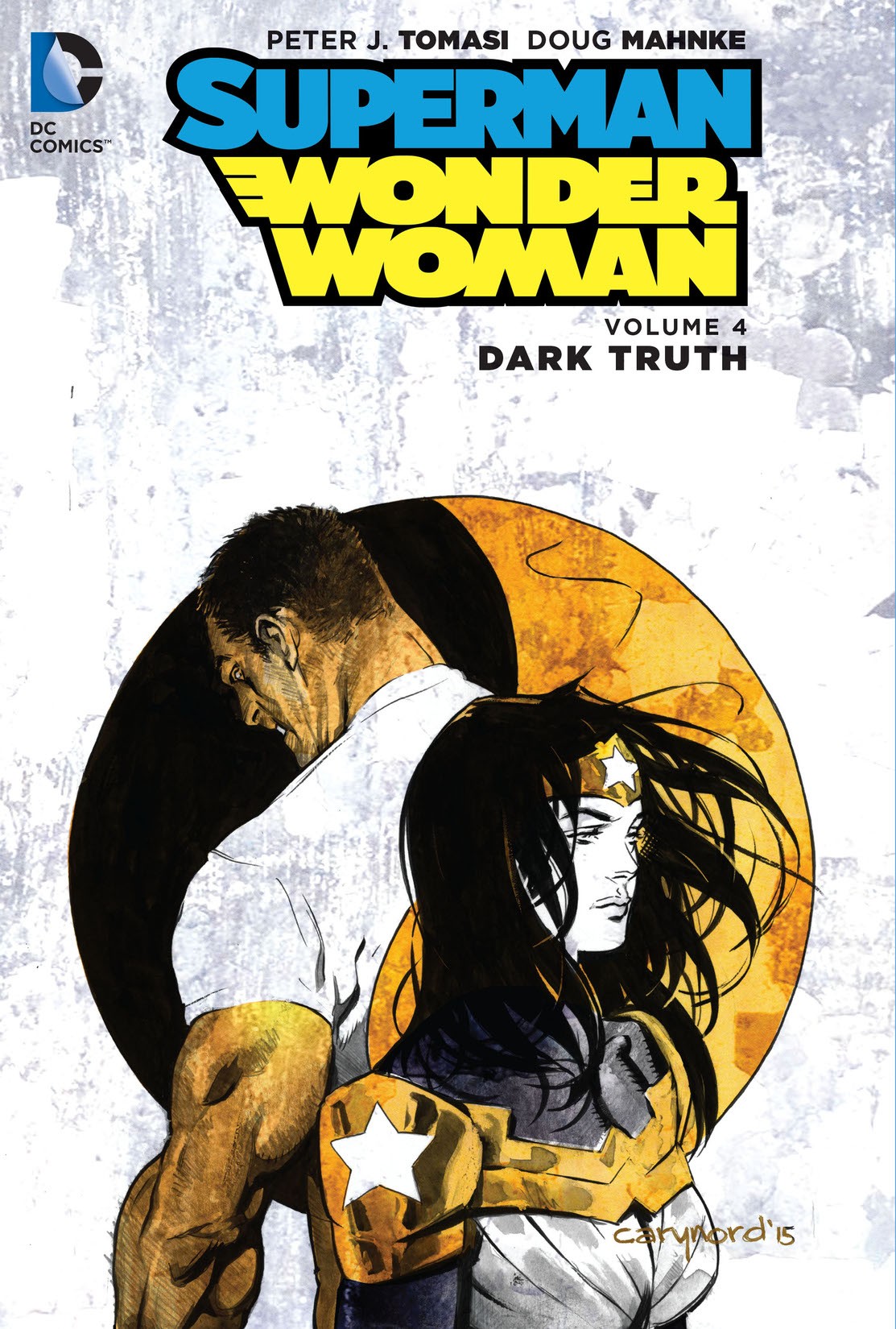 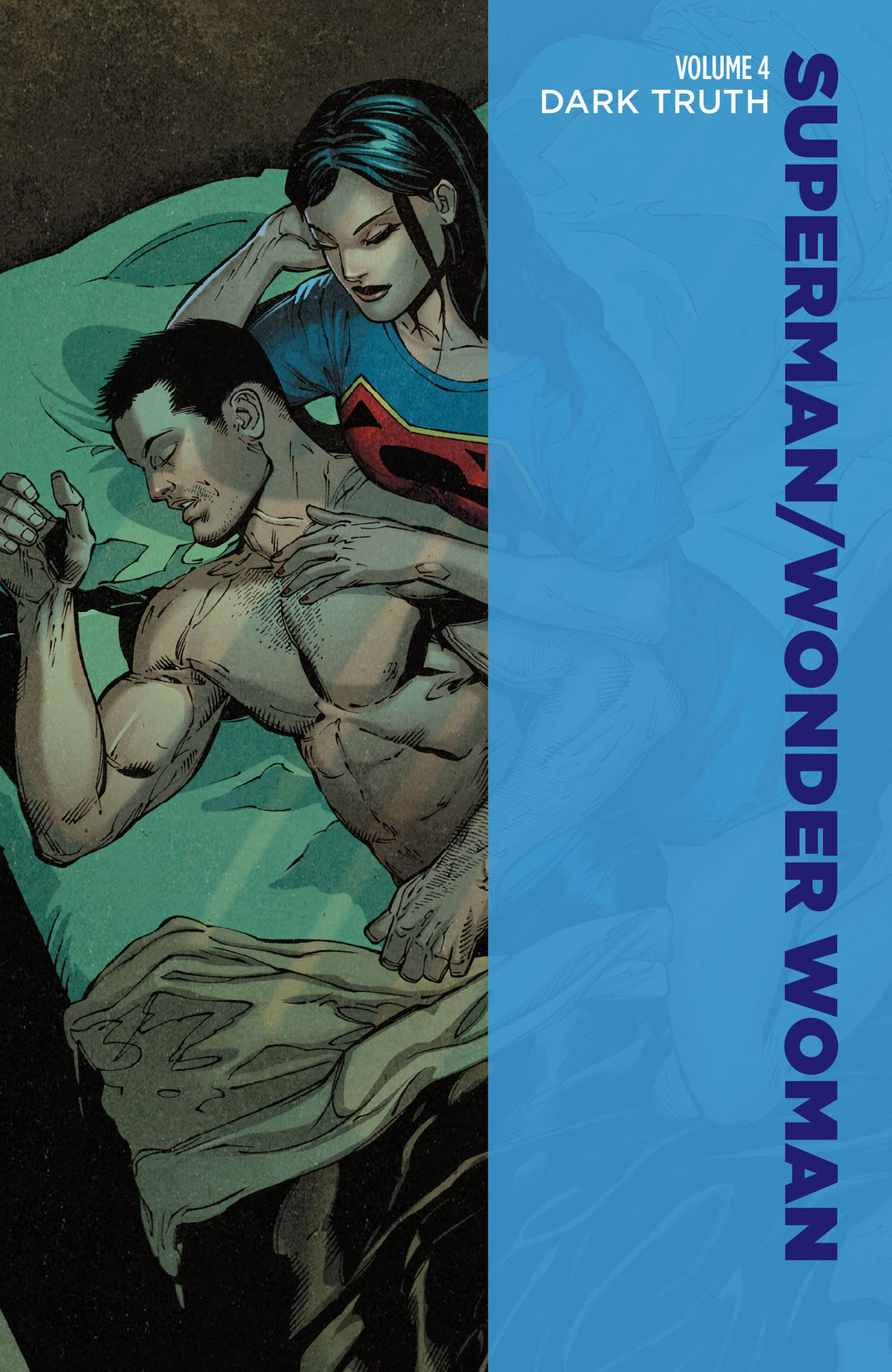 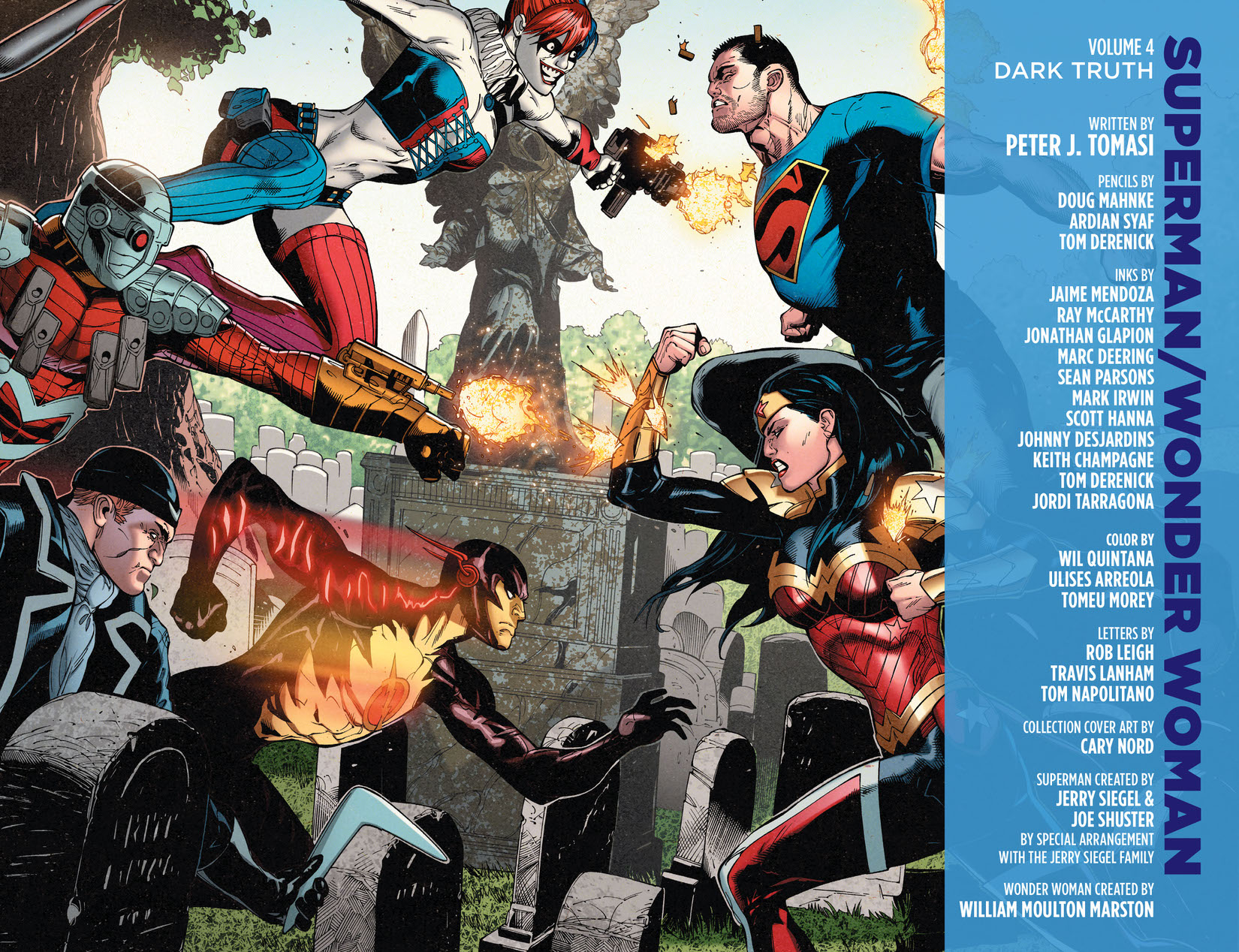 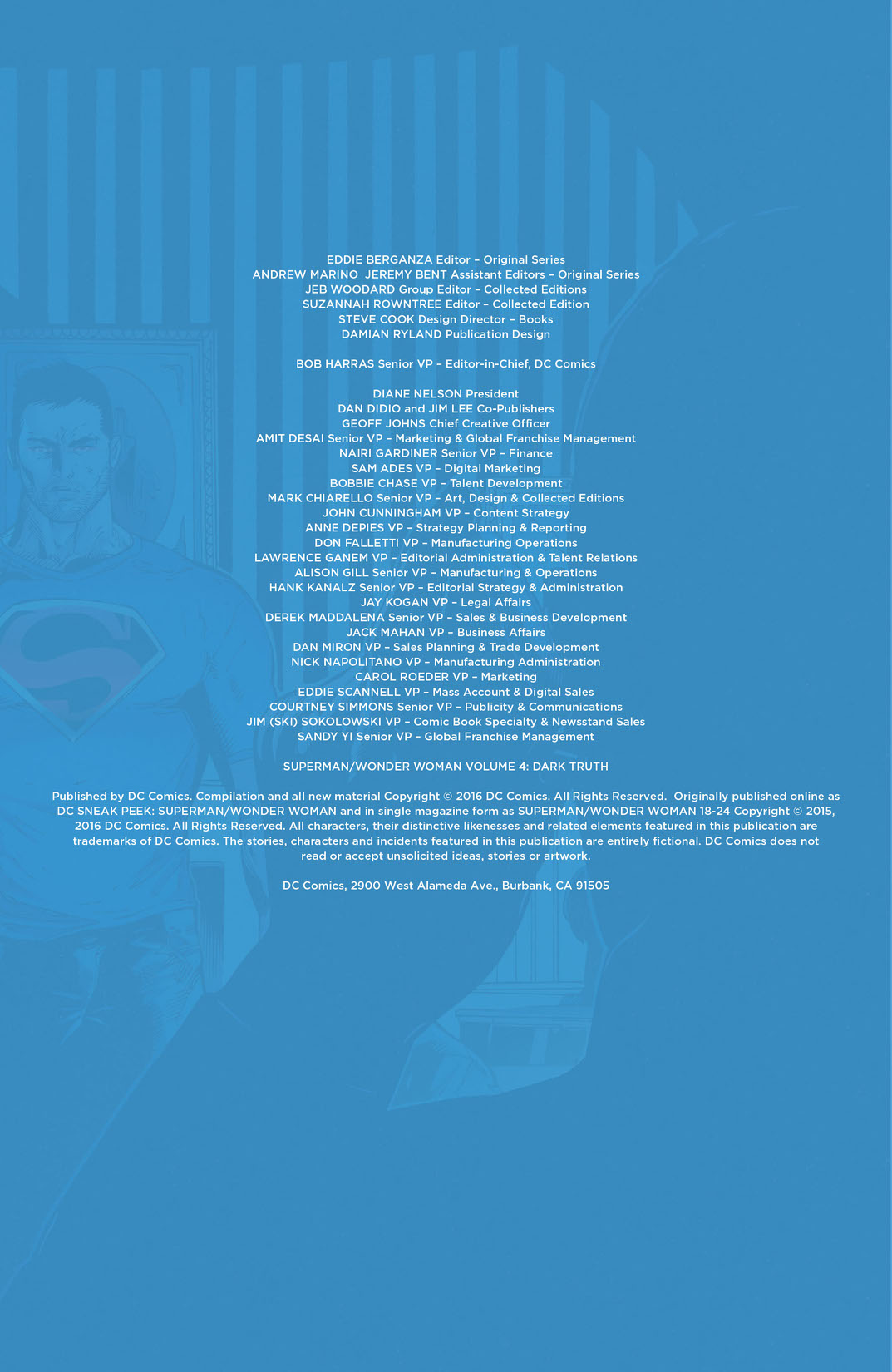 The all-star creative team of Peter J. Tomasi (BATMAN AND ROBIN) and Doug Mahnke (JUSTICE LEAGUE) continue the chronicles of the world’s most powerful couple. Superman, deprived of most of his power and outed to the world as mild-mannered reporter Clark Kent, is in trouble. Someone is targeting his human friends and hometown. Lana Lang has disappeared. The Kent family home has vanished. And graves have been desecrated within Smallville. With Wonder Woman at his side, Superman flies home to investigate. Frustrated with Wonder Woman’s growing vigilance over his weakened state, Superman leaves her behind in an effort to protect her when he realizes that whoever is targeting his friends and family might soon move on to her. But it is Wonder Woman who discovers the key to unlocking the mysteries plaguing Smallville: an imprisoned Lois Lane. Collects SUPERMAN/WONDERWOMAN #18-24.