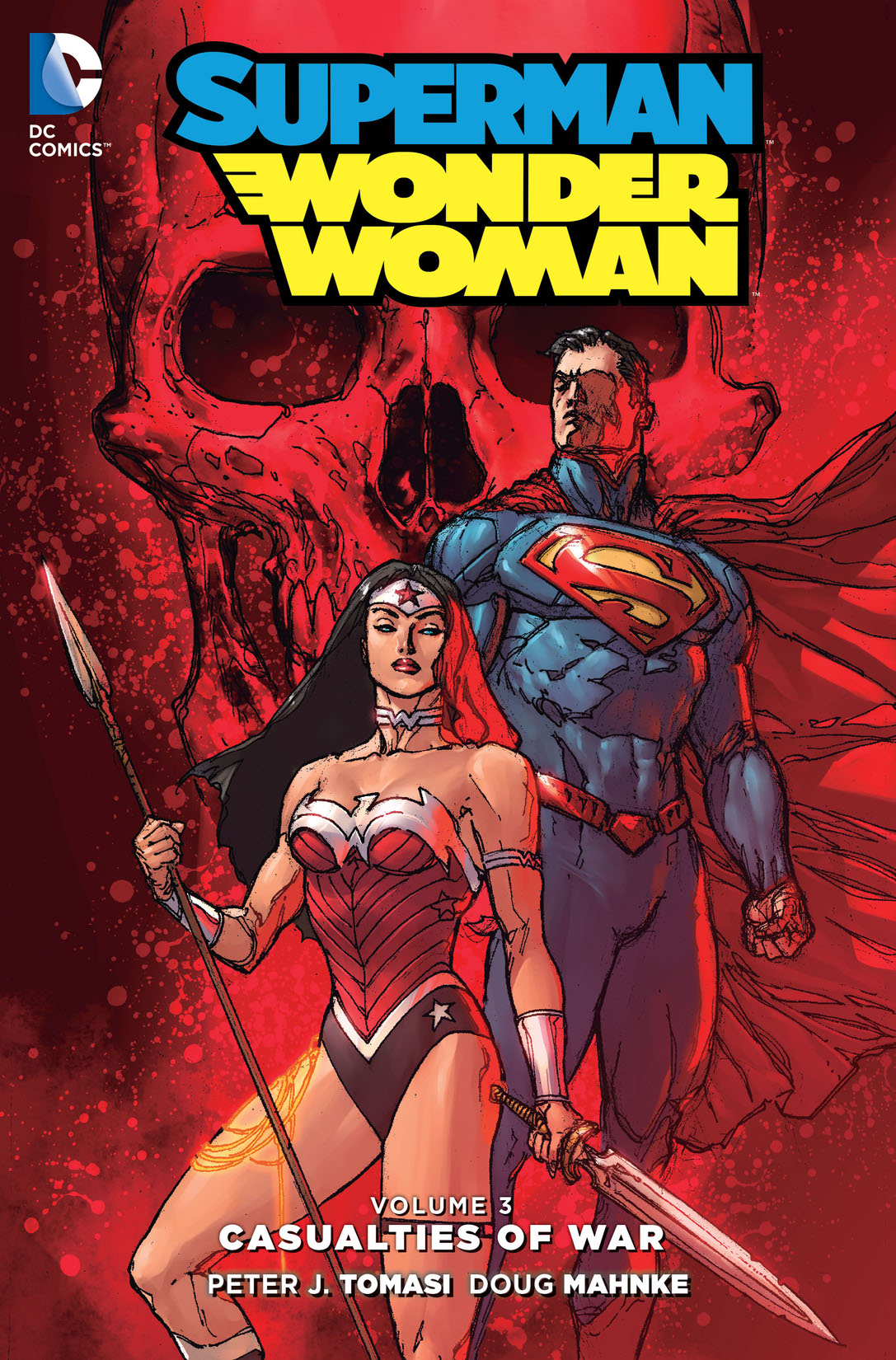 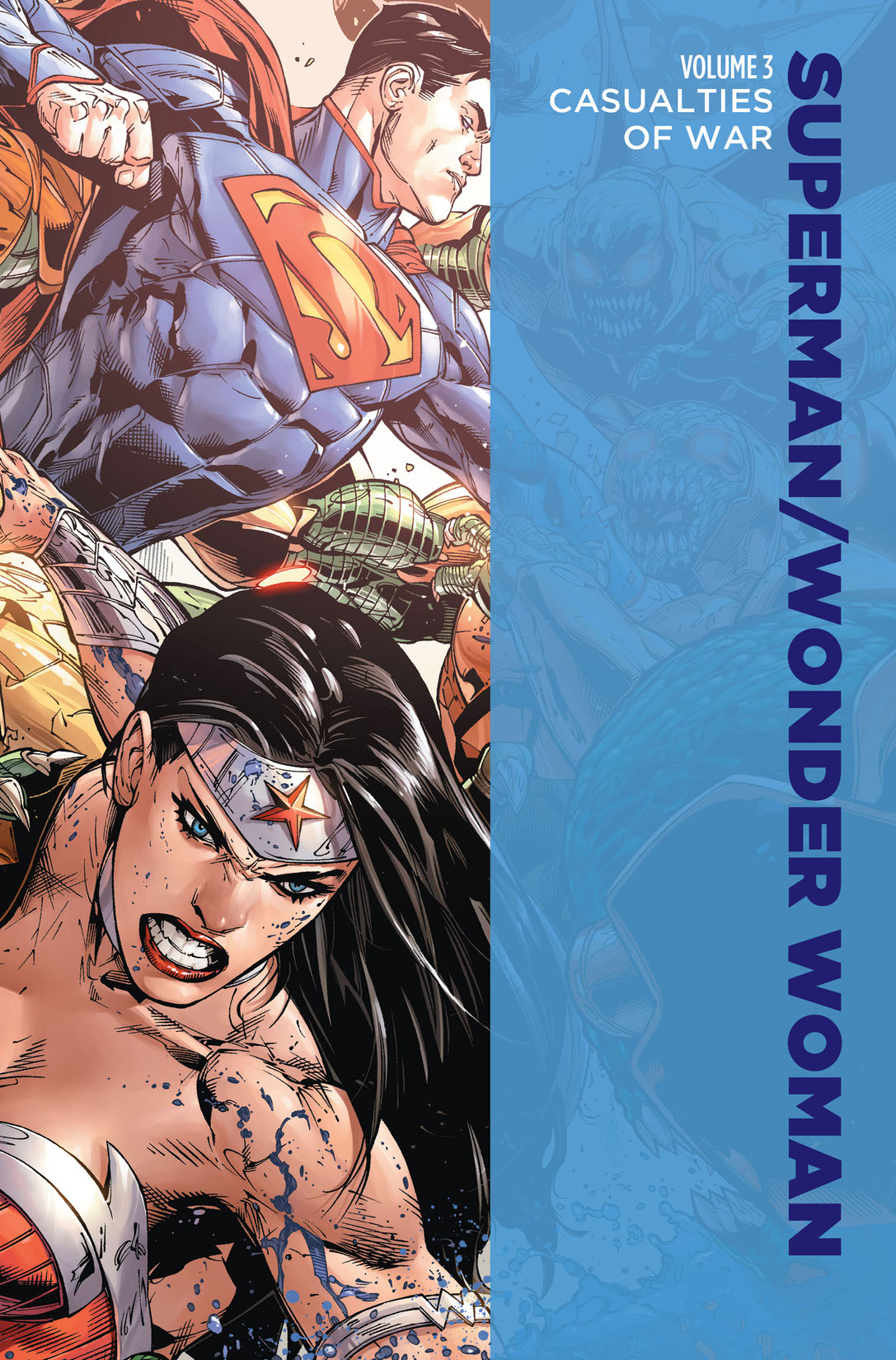 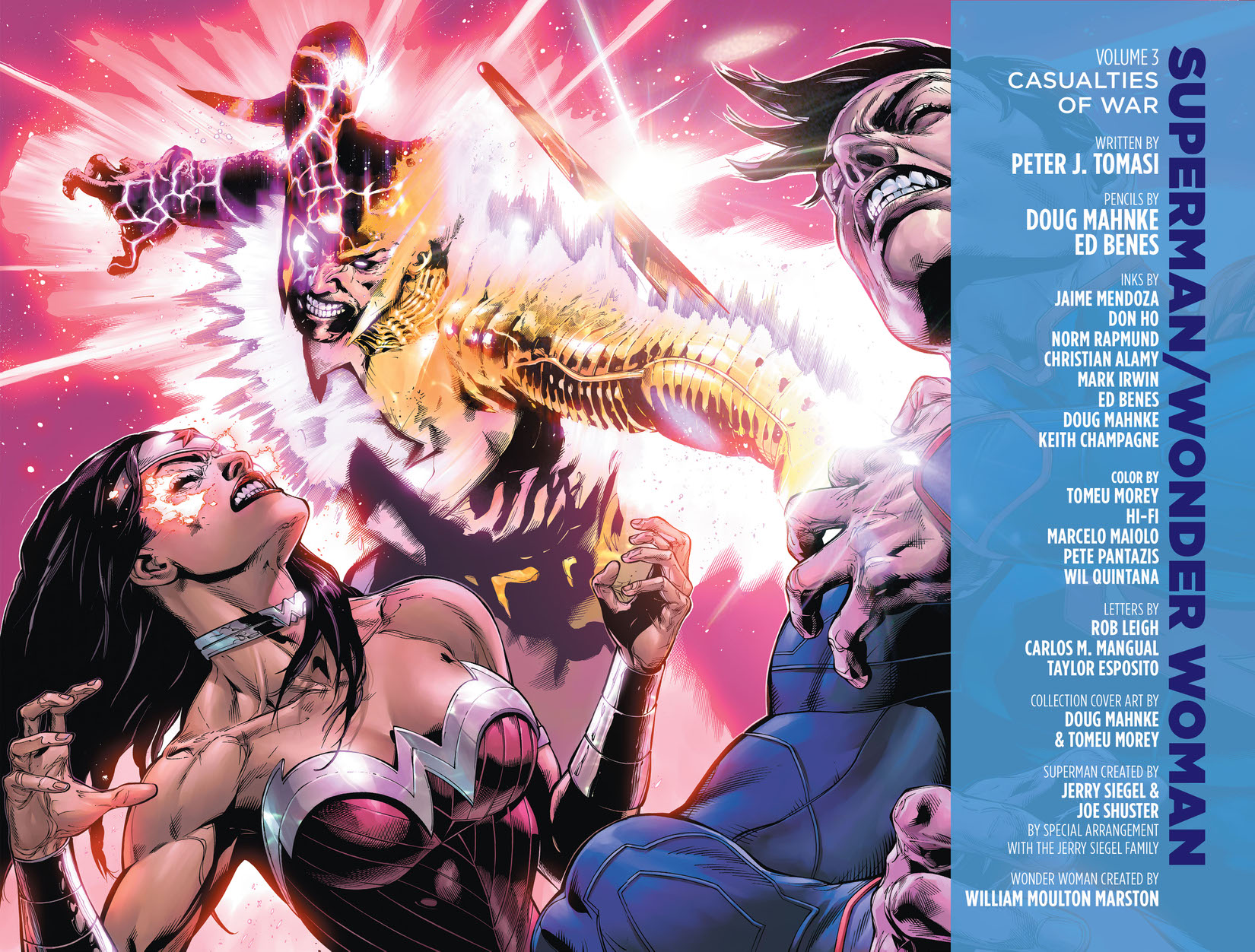 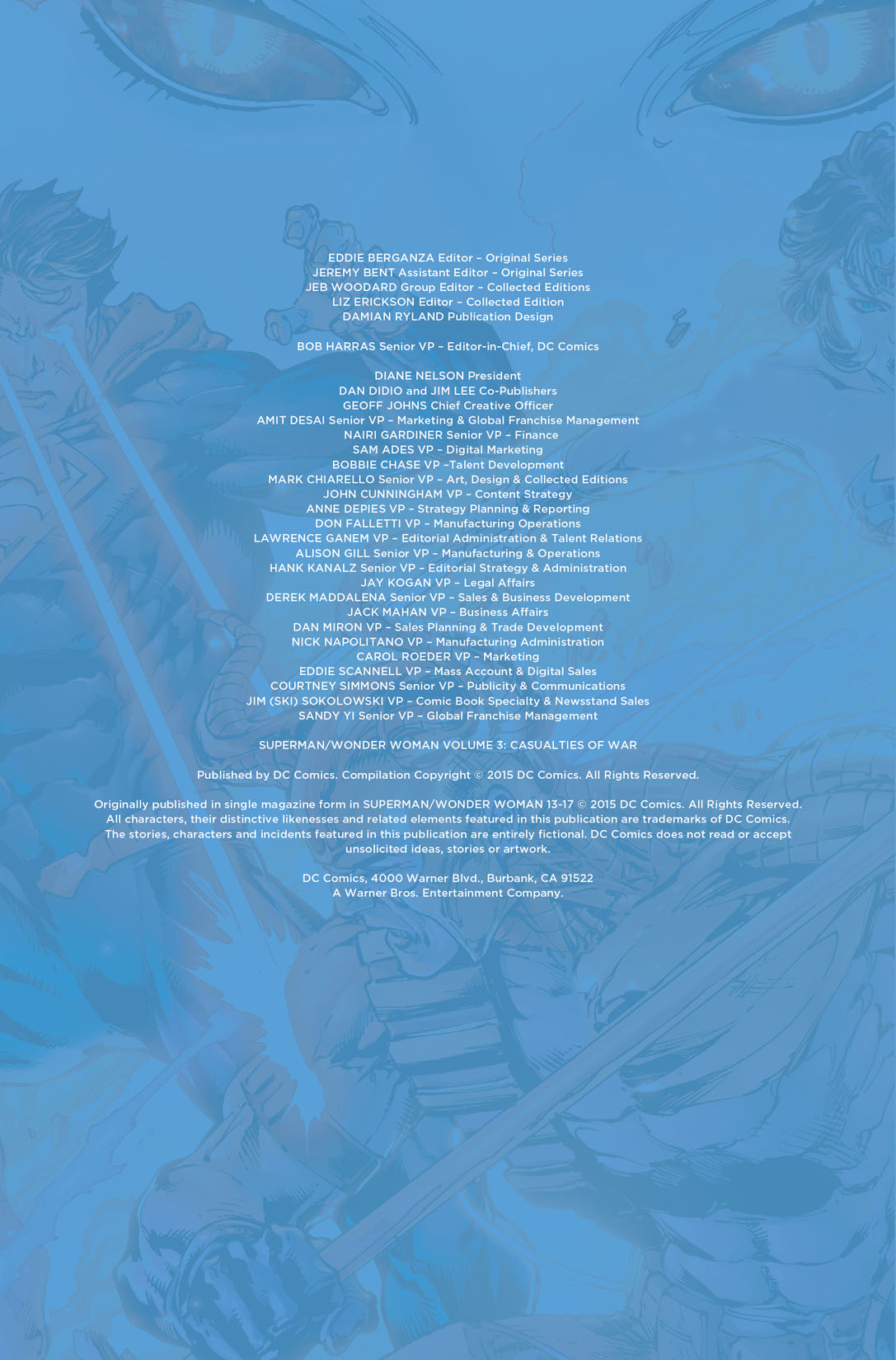 Featuring the new all-star creative team of writer Peter J. Tomasi (BATMAN AND ROBIN) and Doug Mahnke (JUSTICE LEAGUE)! Superman and Wonder Woman-two of the world’s mightiest heroes-are the ultimate power couple. And yet, when a new superhero arrives out of nowhere asking for their guidance, the two Justice Leaguers can’t help but suspect that something is very, very wrong. Wonderstar has no past, no memories and only a strange connection to Superman and Wonder Woman. He claims his intentions are good, but when his true identity is finally revealed, it will take the combined strength of the Man of Steel and the new God of War to take him on. Featuring the debut of the new all-star creative team, SUPERMAN/WONDER WOMAN VOL. 3: CASUALTIES OF WAR tests the bond between the super-couple like never before! Collects issues #13-17.