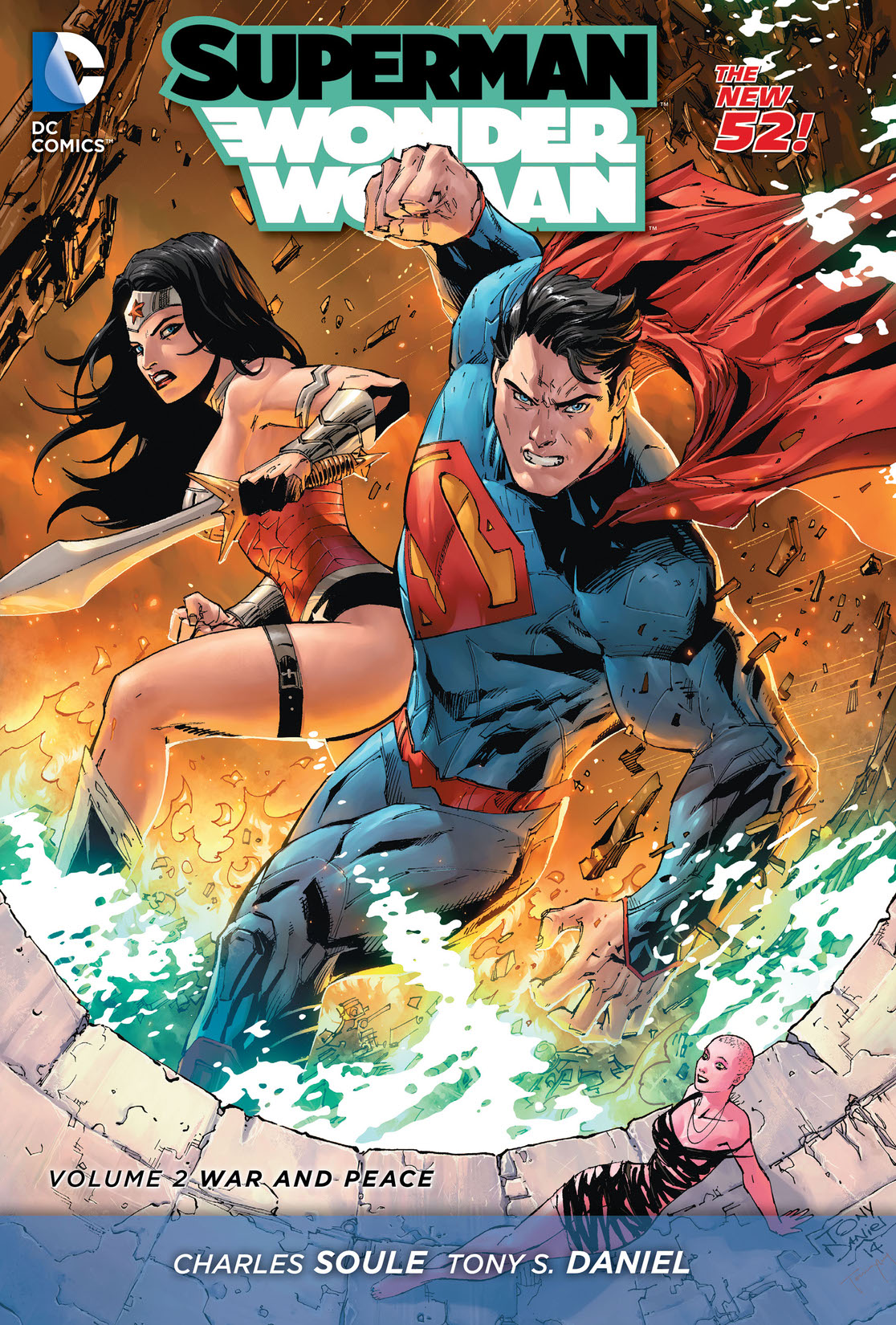 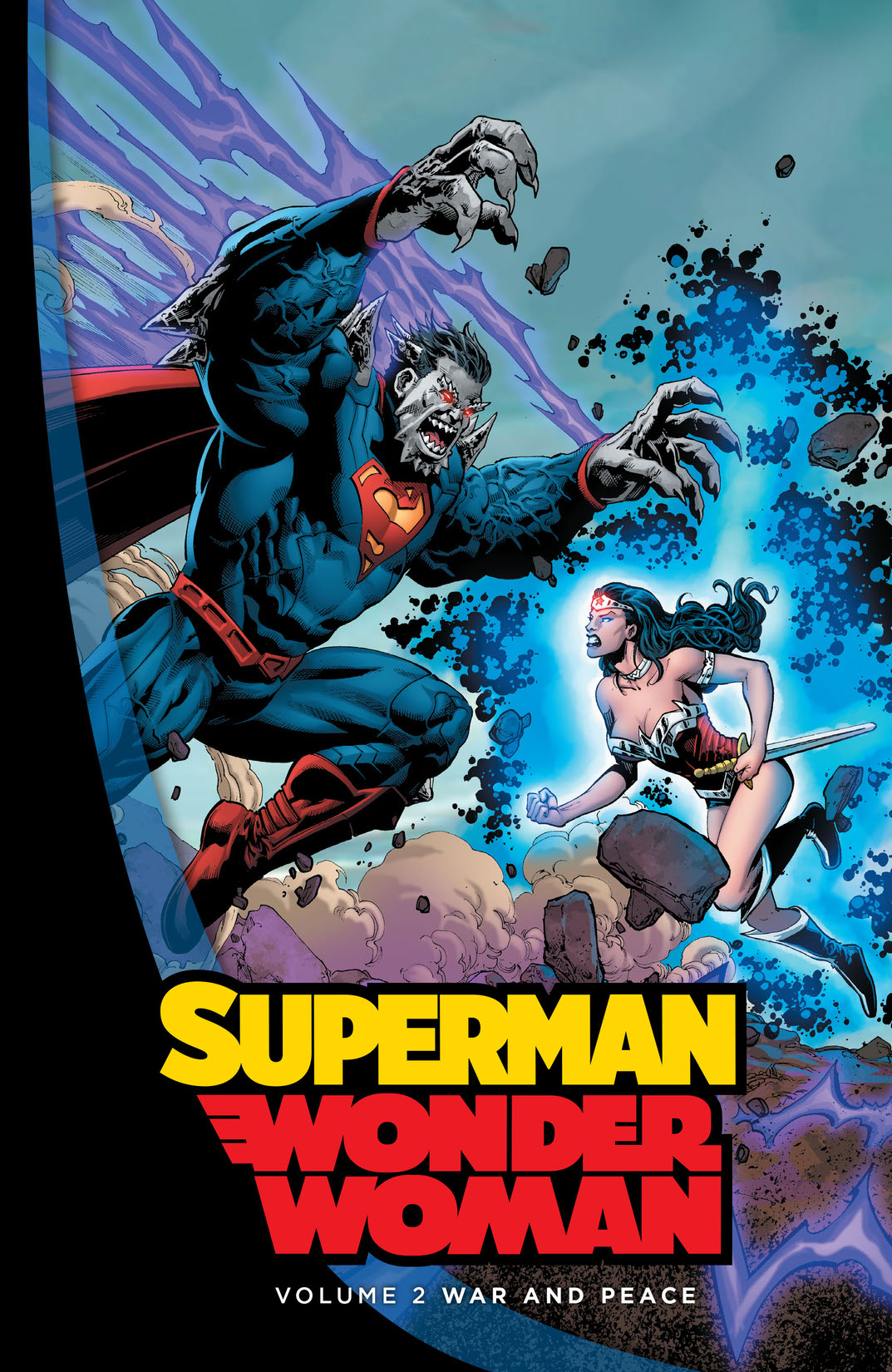 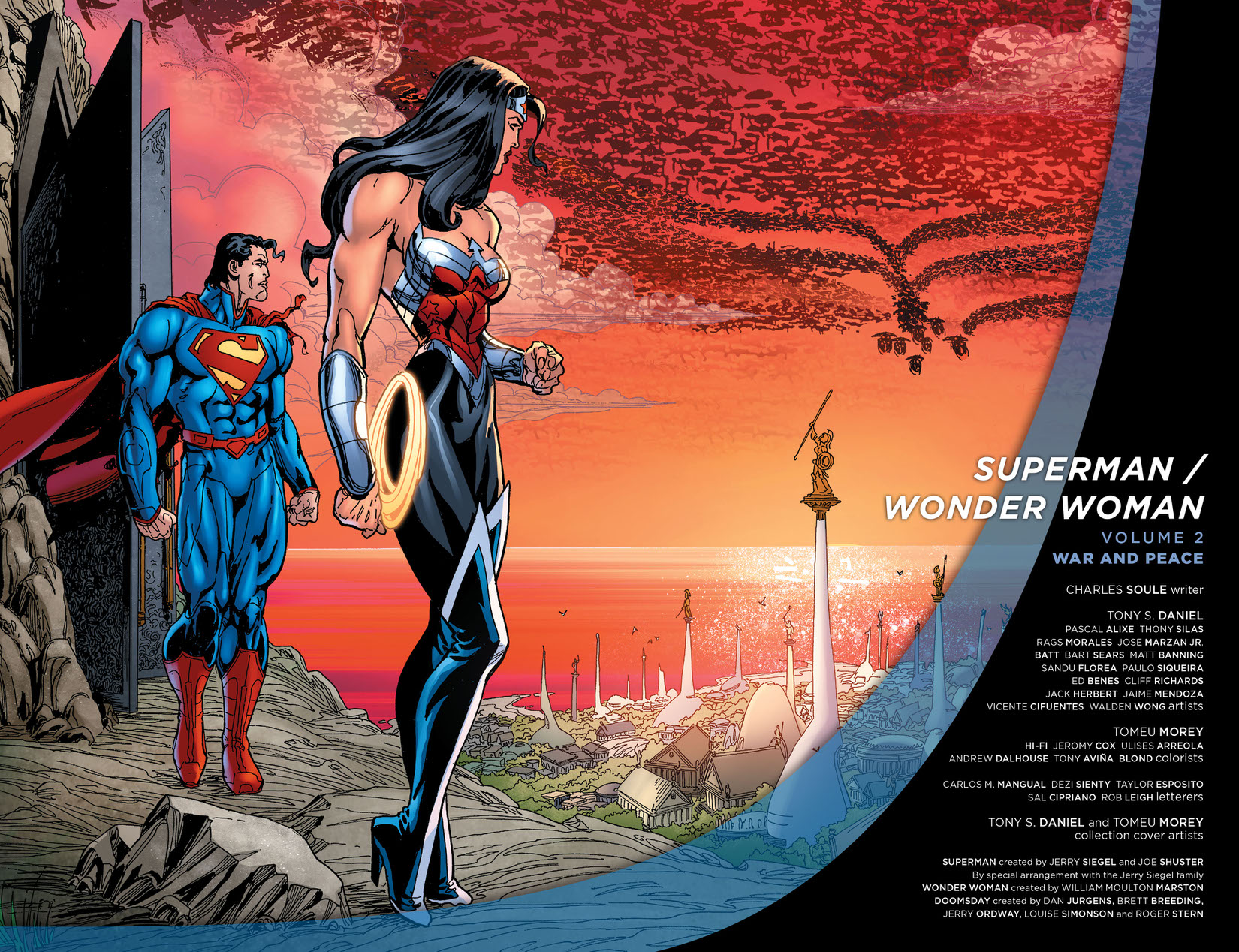 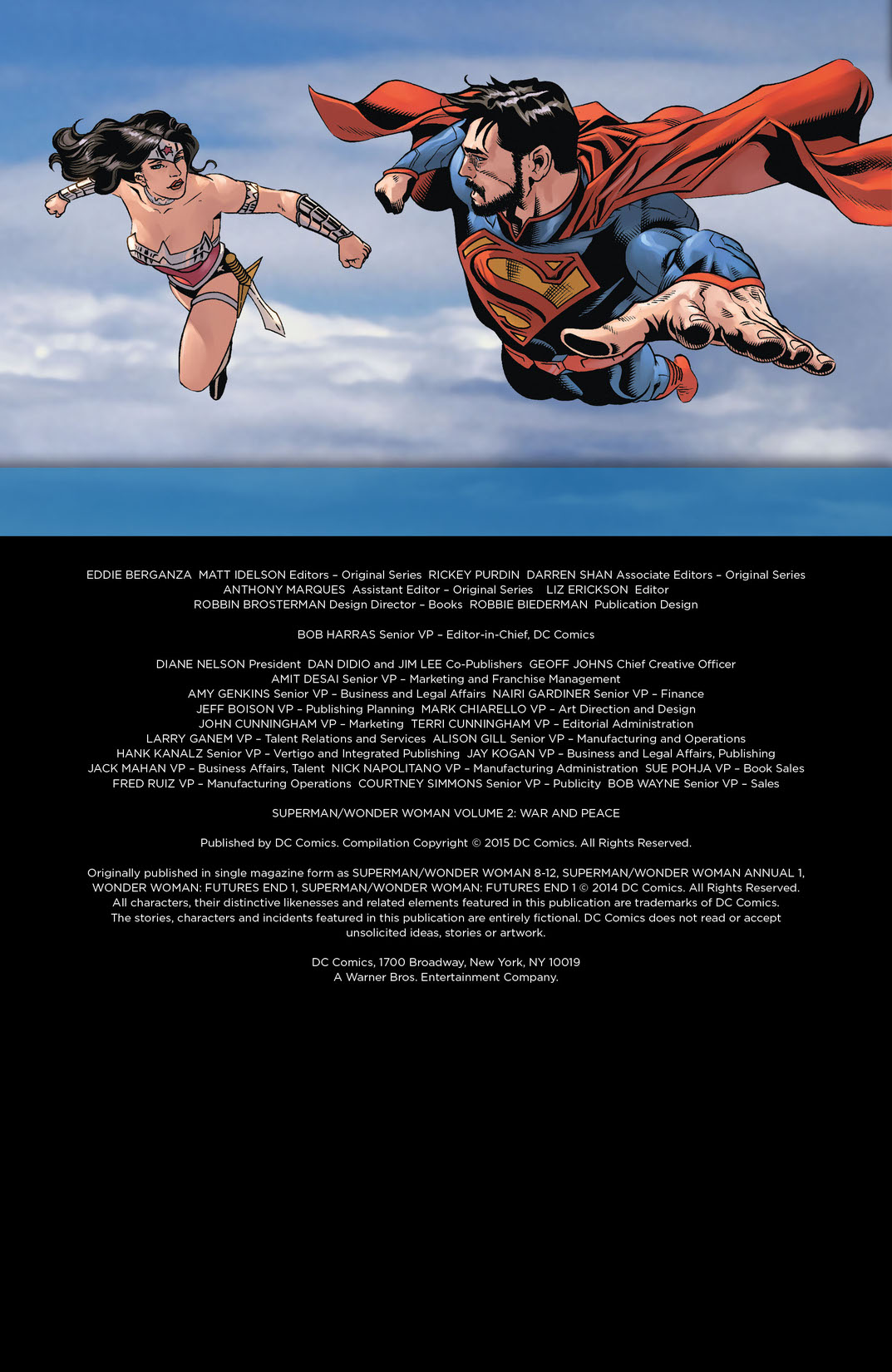 The dust may have settled in Smallville after Superman’s encounter with Doomsday, but the Man of Steel did not escape unscathed: infected by Doomsday’s toxic virus, Superman is slowly turning into a greater threat to Earth than the alien monster ever was. Soon the plague that affected Clark Kent’s hometown has spread to Metropolis, and the new “Super Doom” is leaving a path of destruction across the planet. Wonder Woman alone believes her partner can still be saved – will she be proven right, or will she be forced to do the unthinkable in order to save the world? Writer Charles Soule and artist Tony S. Daniel lead an all-star creative team in SUPERMAN/WONDER WOMAN: WAR AND PEACE, chronicling the world's most powerful couple as they face down Doomsday! Collects issues #8-12, SUPERMAN/WONDER WOMAN ANNUAL #1, WONDER WOMAN: FUTURES END #1 and SUPERMAN/WONDER WOMAN: FUTURES END #1.