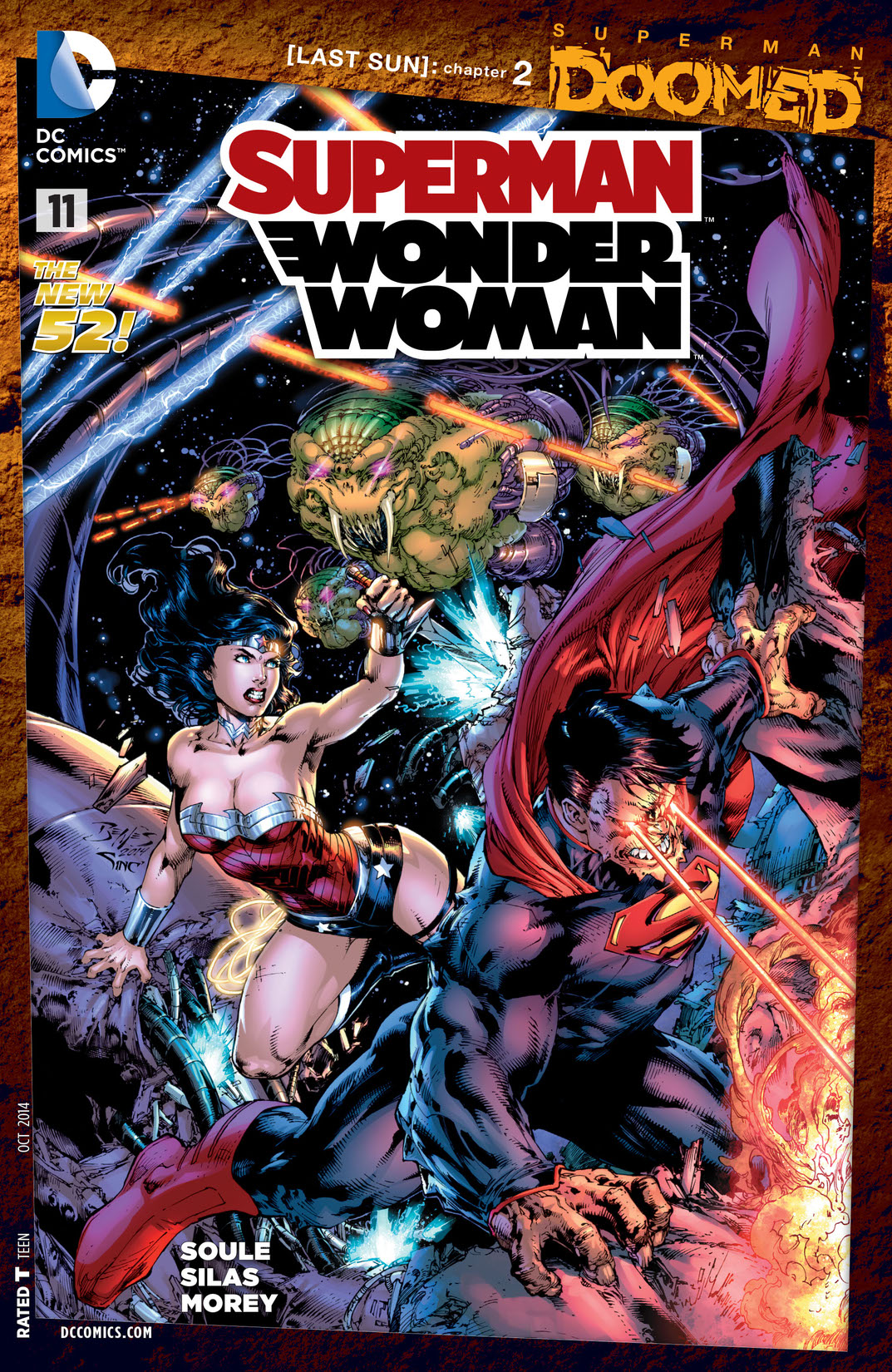 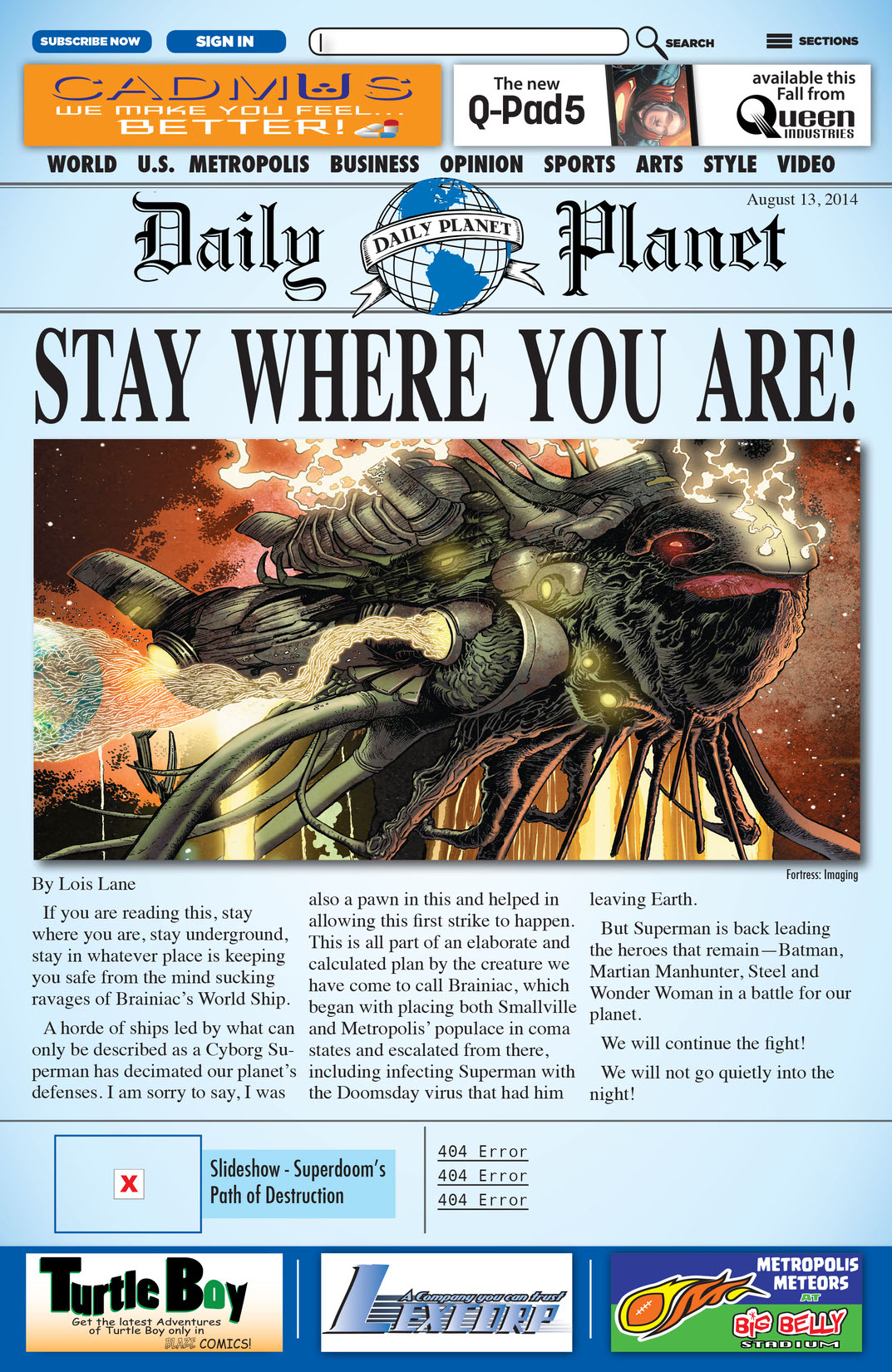 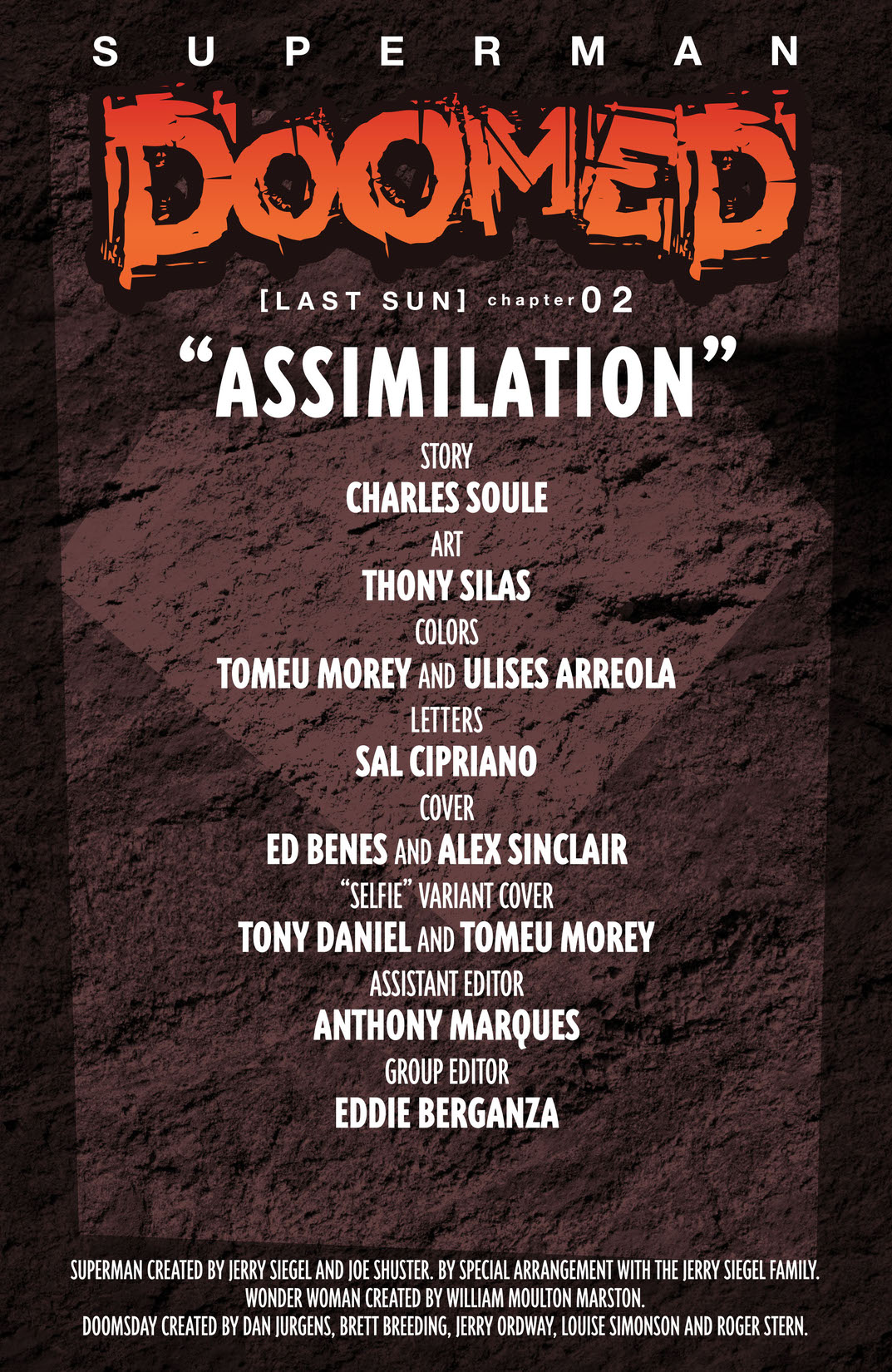 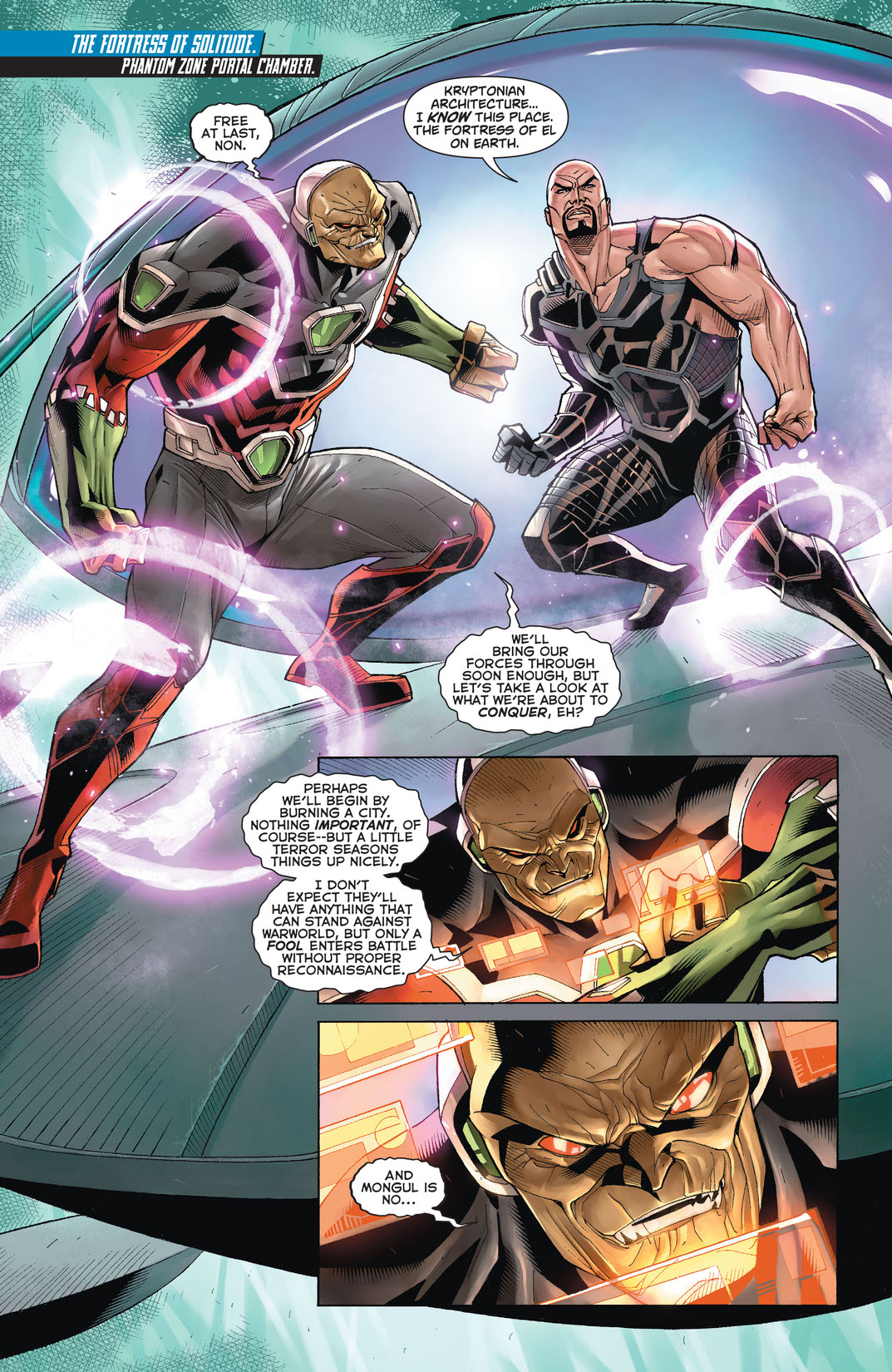 "Superman: Doomed" Part 13! Continued from ACTION COMICS (2011- ) #34! Diana must do the unspeakable as the Goddess of War in her effort to beat the forces of Brainiac! And now, there is no Kal-El—only Doom! Continued in SUPERMAN: DOOMED #2!