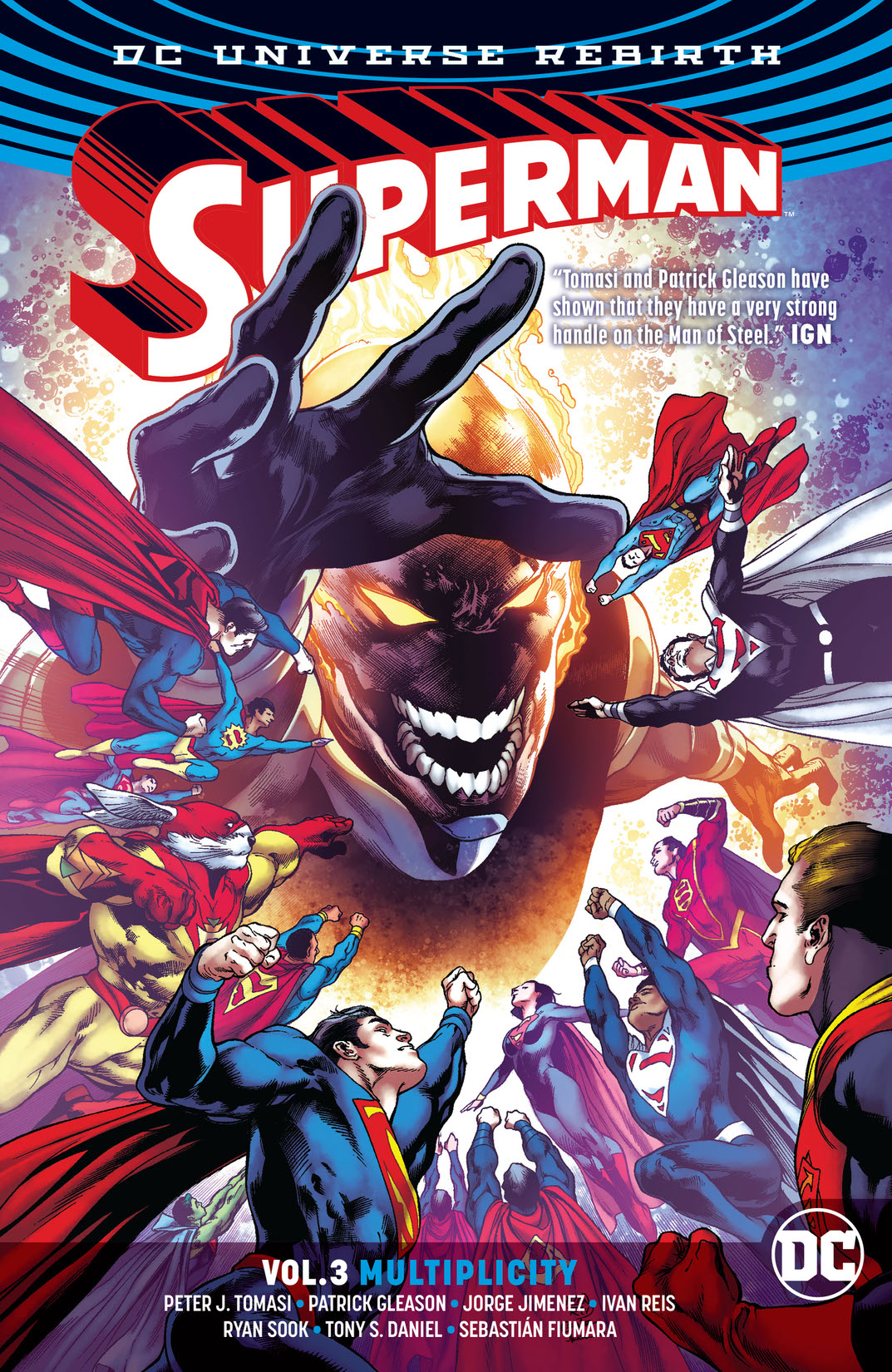 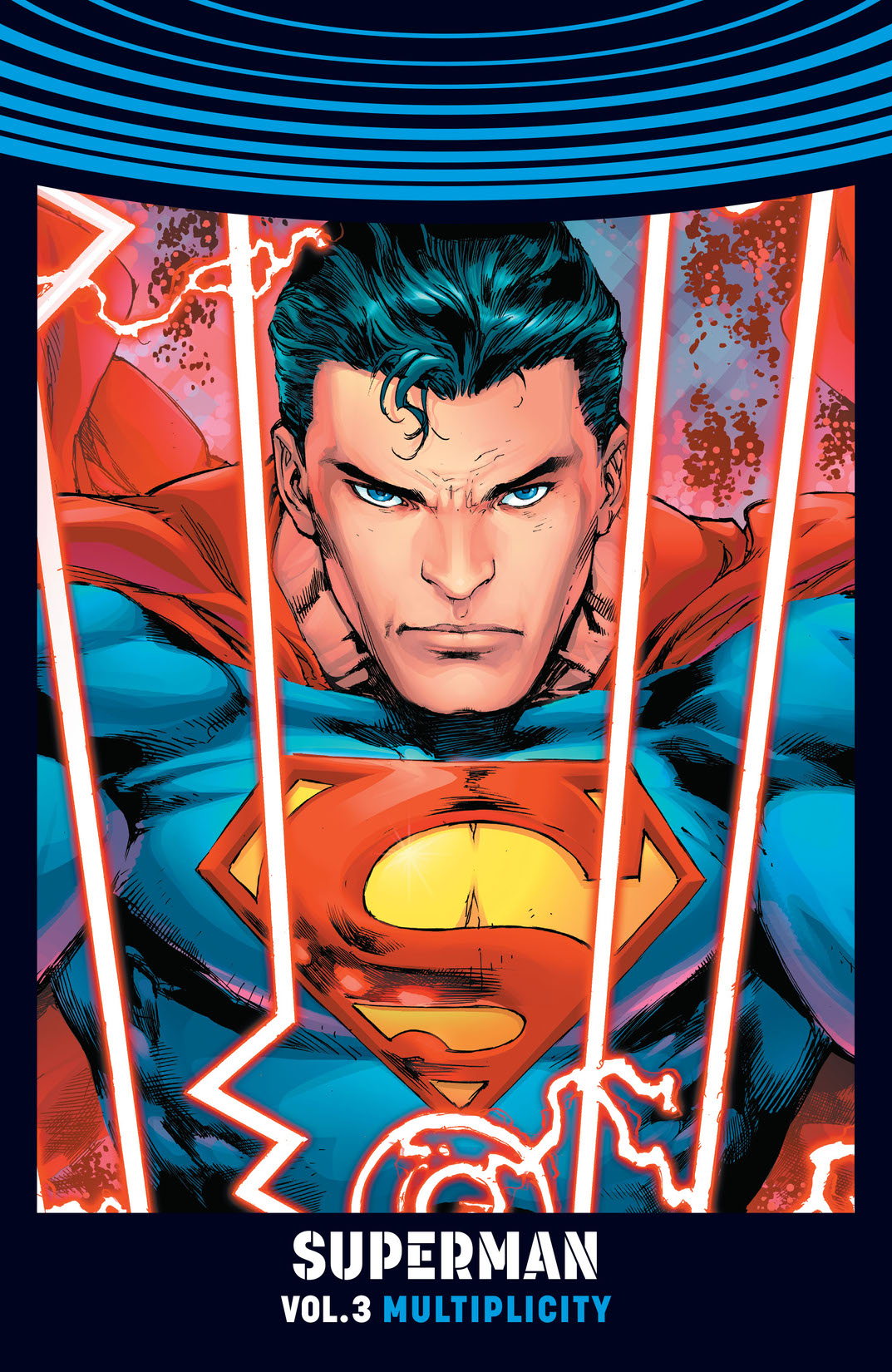 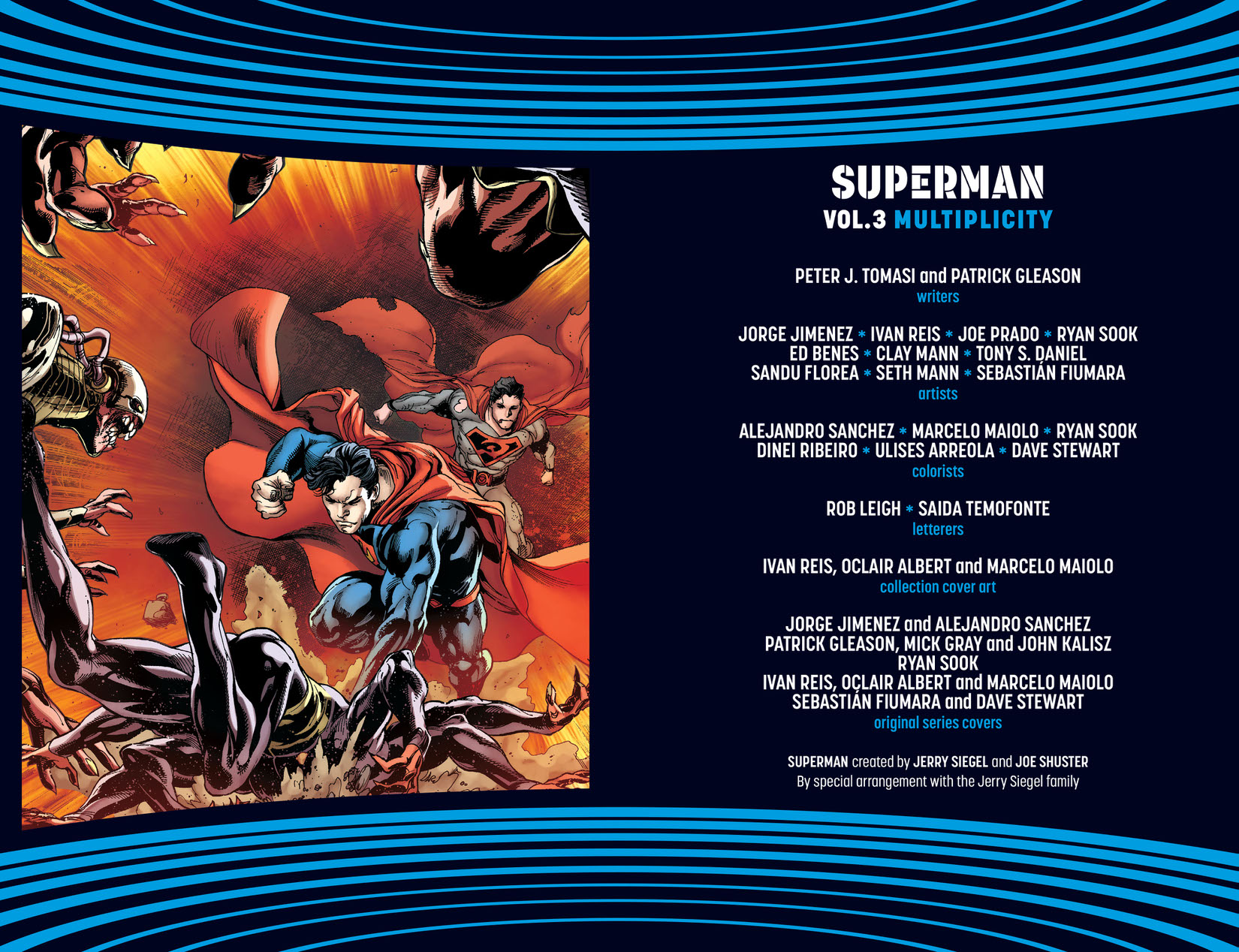 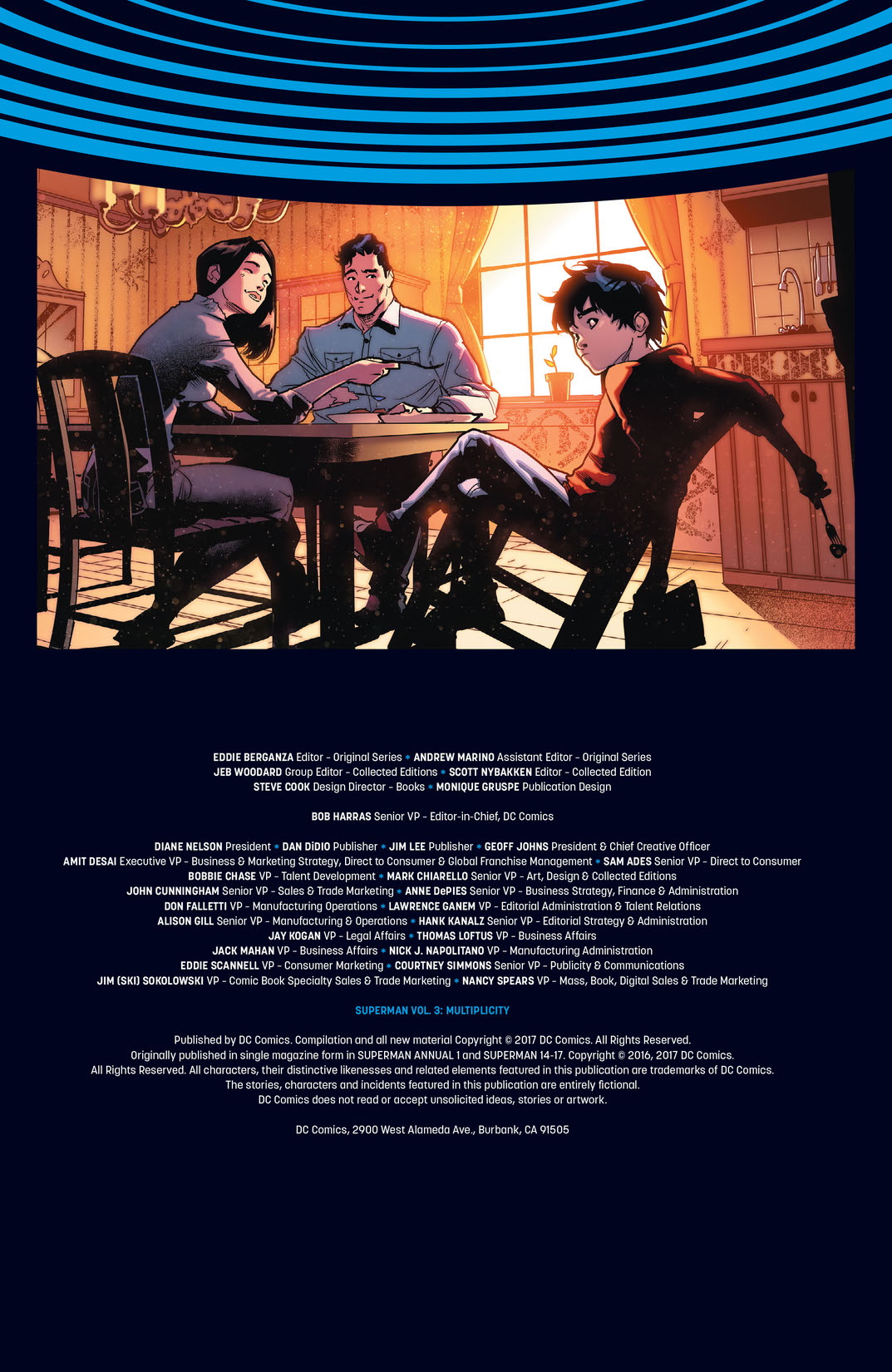 SUPERMAN VOL. 3: MULTIPLICITY unleashes adventure on an epic scale—brought to vivid life by the all-star creative team of Peter J. Tomasi, Patrick Gleason, Jorge Jimenez, Ivan Reis, Ryan Sook, Tony S. Daniel, Sebastián Fiumara and more and featuring a mind-blowing array of Supermen drawn from the DC Universe’s incredible history. Kenan Kong, the New Super-Man of China, has been taken. Kal-L, the Red Son Superman of Earth-30, is gone. Sunshine Superman, the mystical protector of the Dreamworld, has vanished without a trace. Someone—or something—is collecting Supermen from across the Multiverse. And Kal-El, the Man of Steel himself, is next on the list. To stop this transdimensional terror, our world’s greatest hero must join forces with the Justice League Incarnate—an impossible team of super-beings drawn from across the 52 Earths—to track down the kidnapper and free his Kryptonian counterparts. At the same time, trouble of a different sort is brewing right in the Kent family’s backyard—and both father and son must rise to meet the challenge! Collects issues #14-17 and ANNUAL #1.