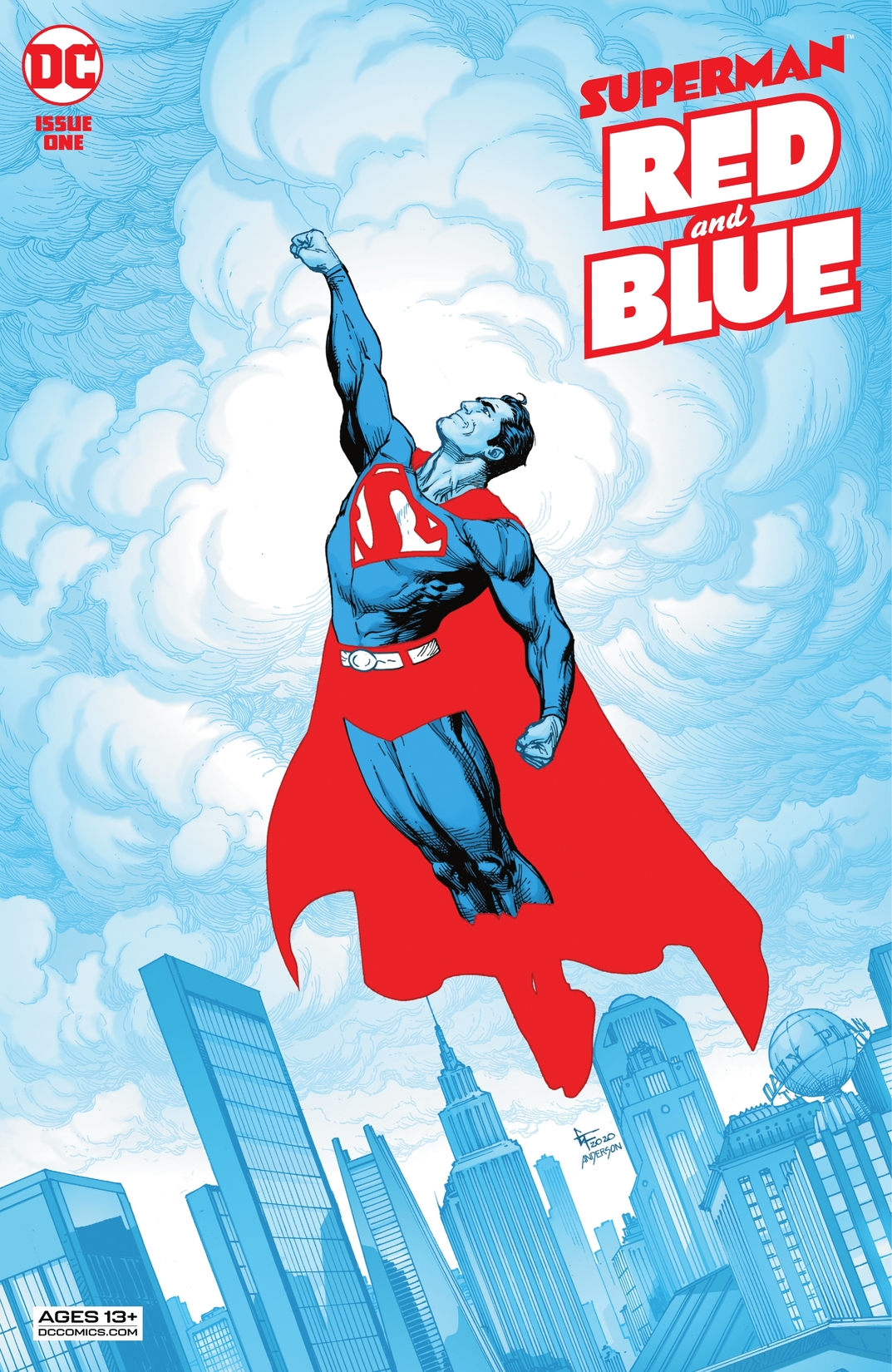 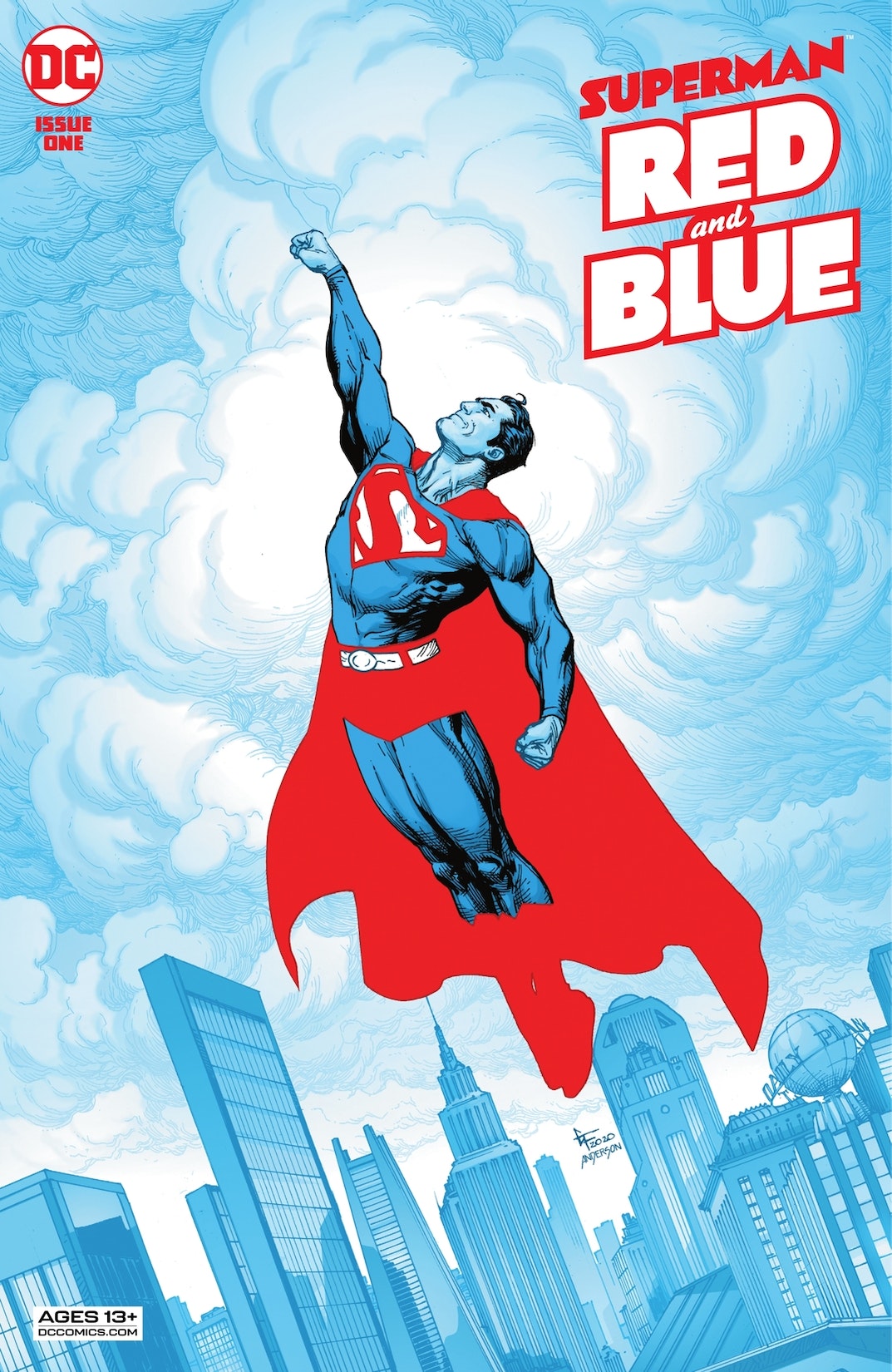 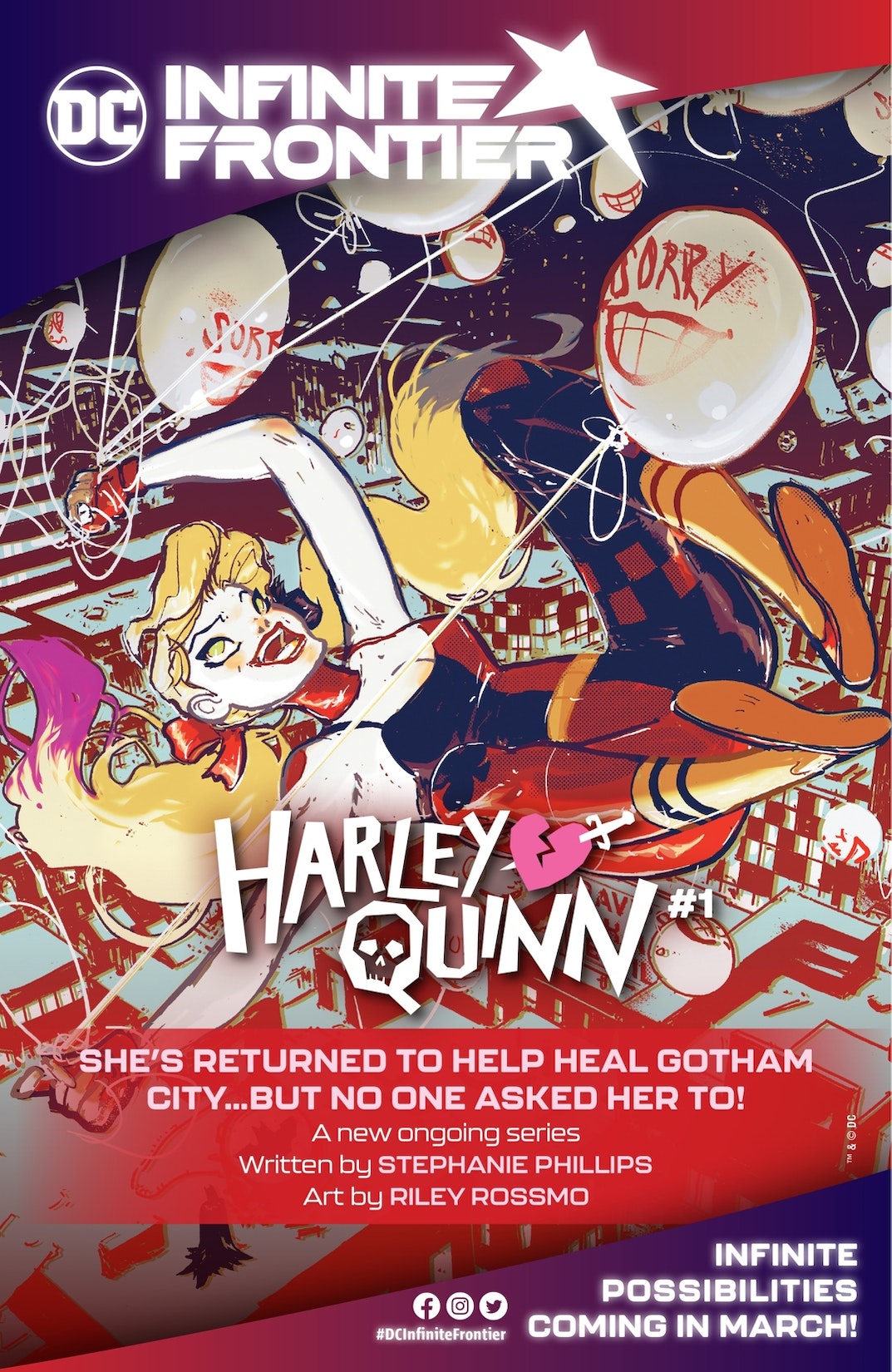 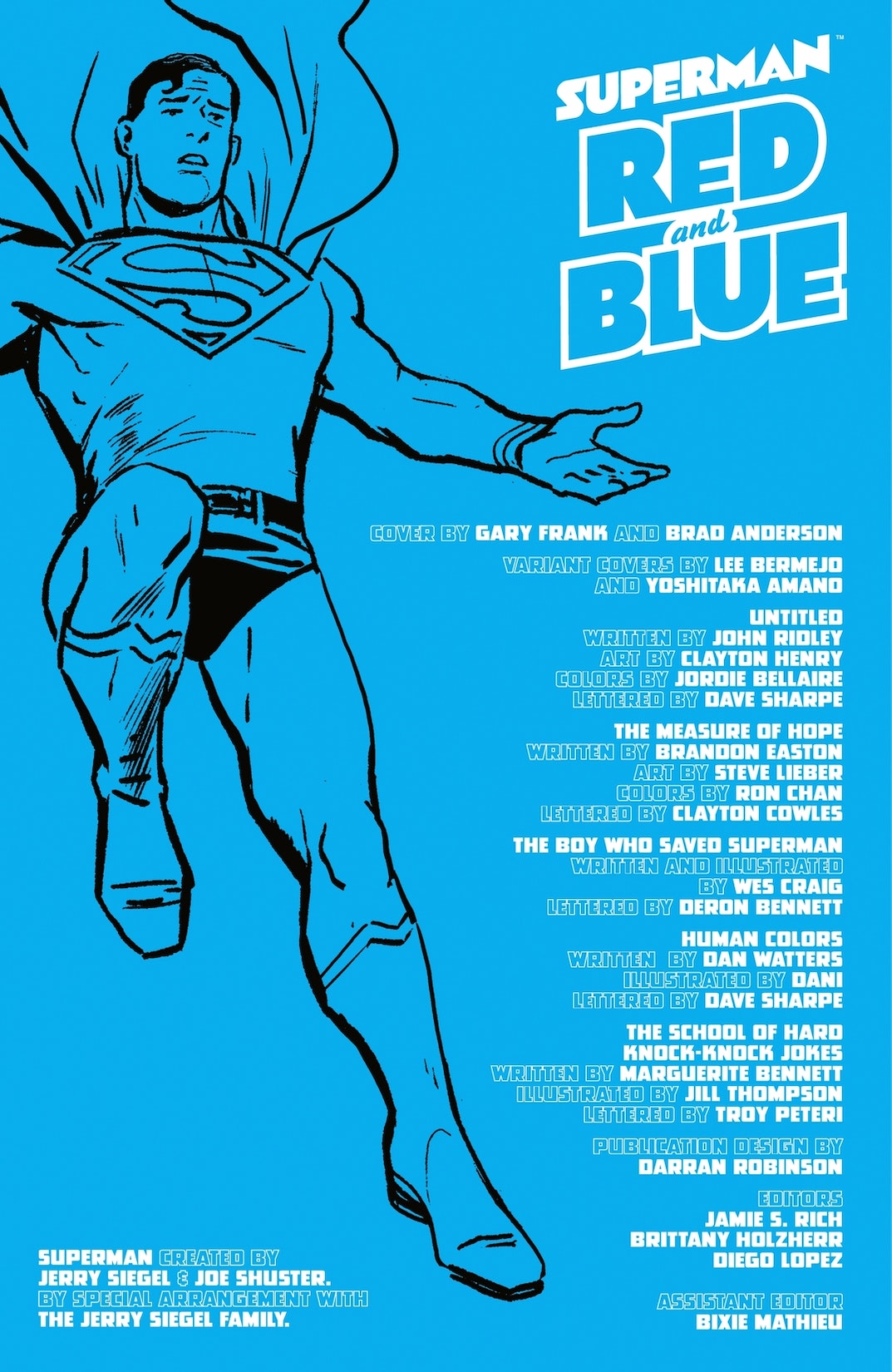 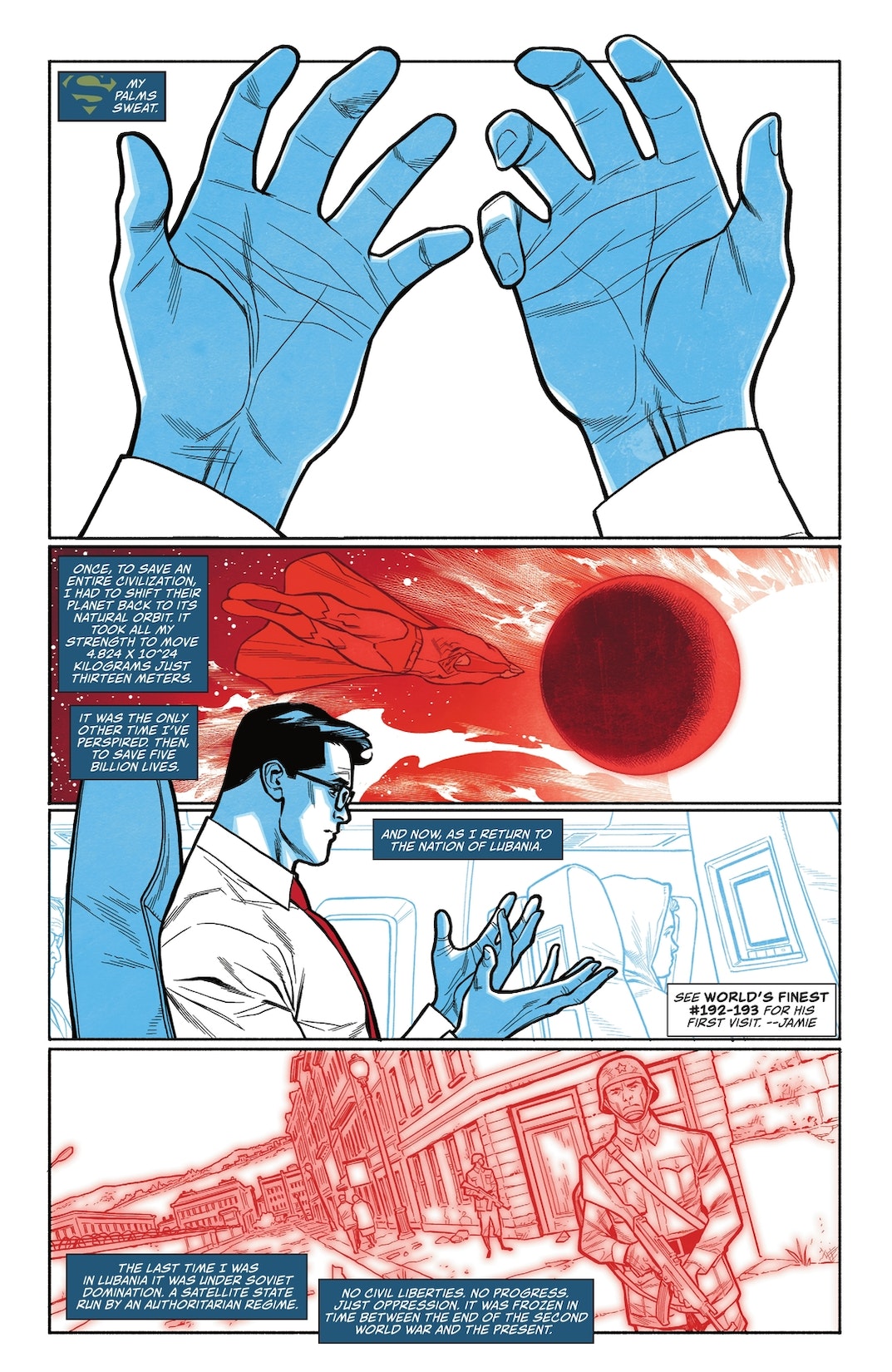 This new series presents fresh new visions of the Man of Steel in his two signature colors of red and blue! Around the world, everyone knows that when they see a red and blue streak in the sky, it’s not a bird...it’s not a plane...it’s Superman. To start things off, Academy Award-winning writer of DC Future State: The Next Batman John Ridley joins artist Clayton Henry (Batman/Superman) to tell a story of Clark Kent as he confronts a villain who still haunts him, in a story that shows what Superman can mean to a whole country. Then, Brandon Easton (DC Future State’s “Mister Miracle”) and Steve Lieber (Superman’s Pal Jimmy Olsen) take readers to the streets of Metropolis to show how one hero can mean so much to an individual in pain. Plus, writer/artist Wes Craig (Deadly Class) tells a tale of Superman’s early days and the man who inspired him to become the hero he is today! And Marguerite Bennett (DC Future State: Kara Zor-El, Superwoman) and artist Jill Thompson give us a tale of teenage Clark Kent, while Dan Watters and Dani, the team behind Coffin Bound, bring us an outlandish fable about what happens when all colors are stolen!