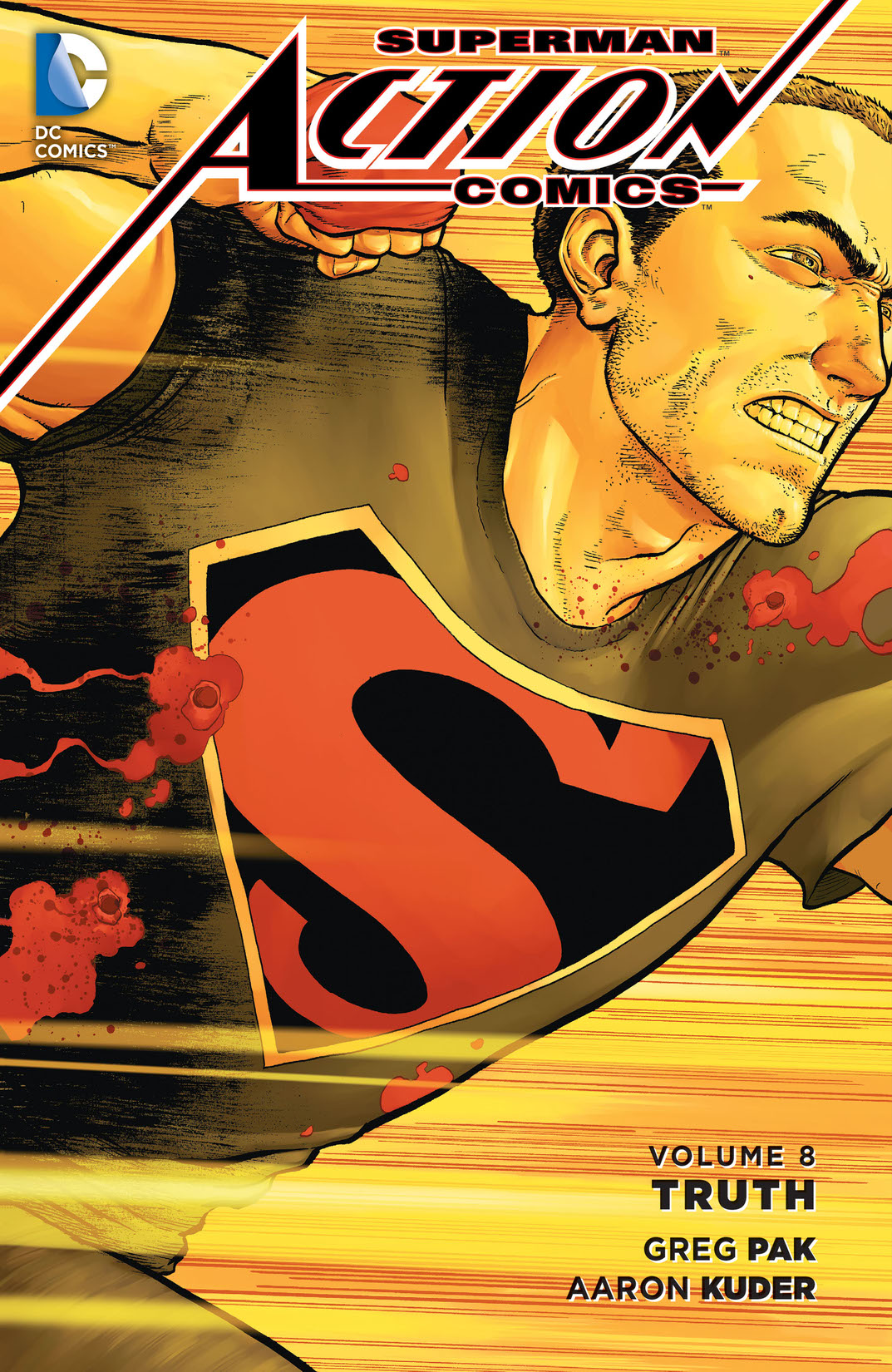 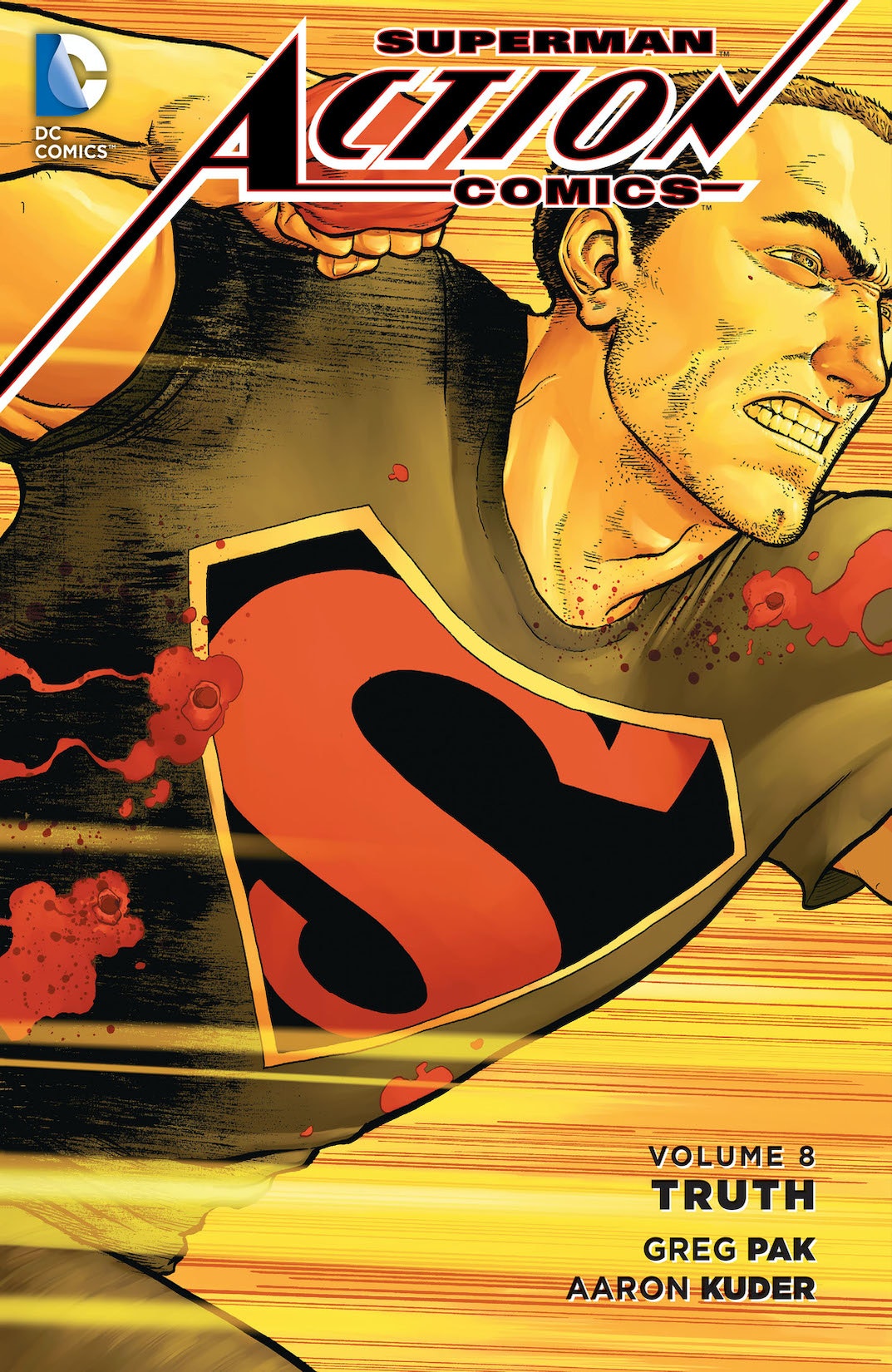 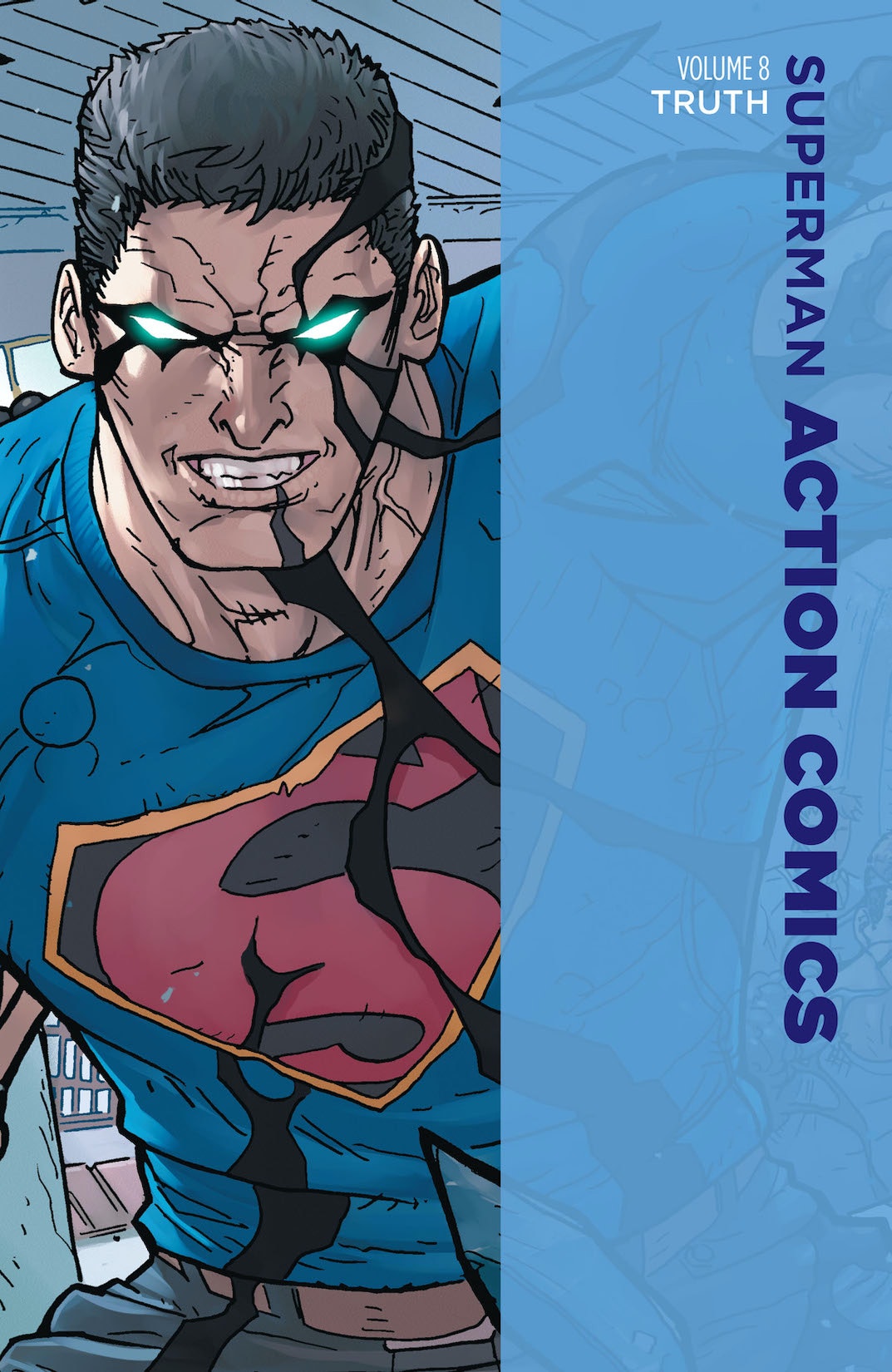 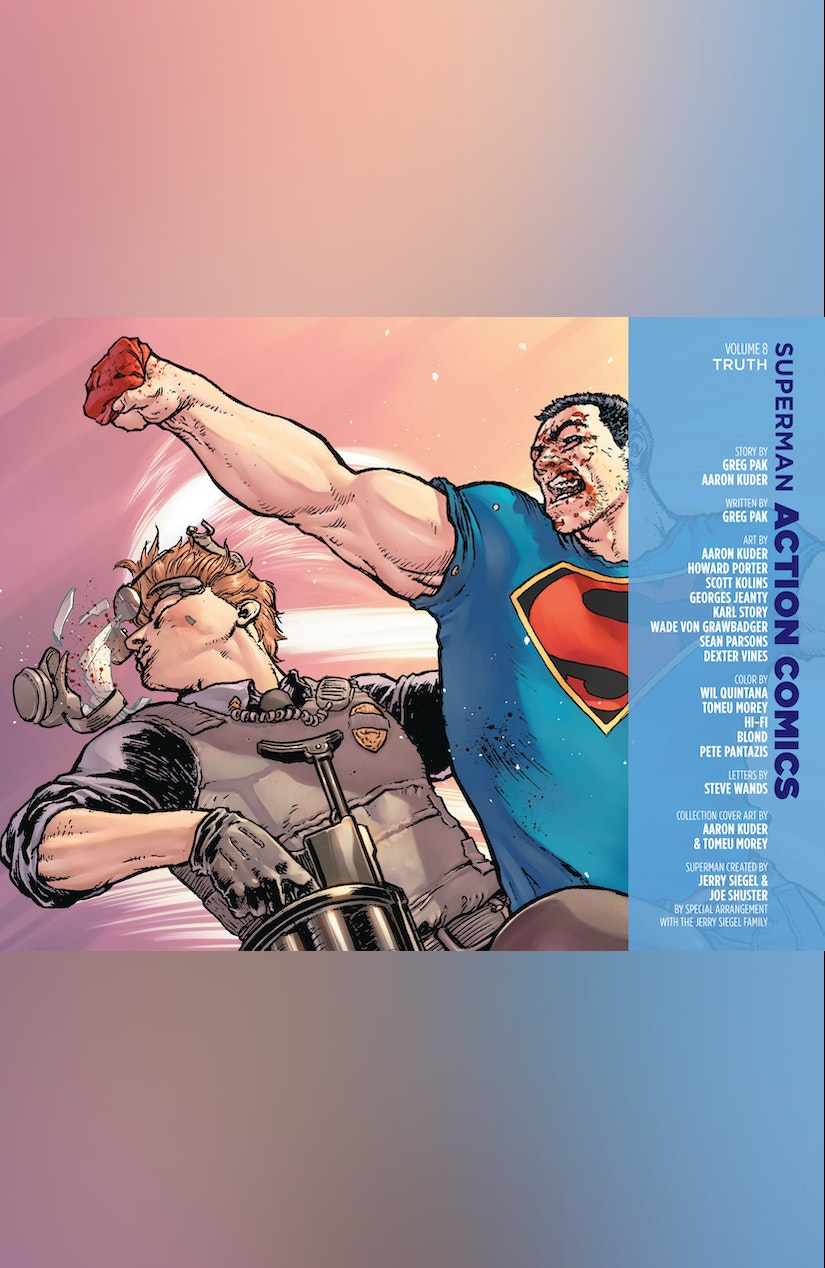 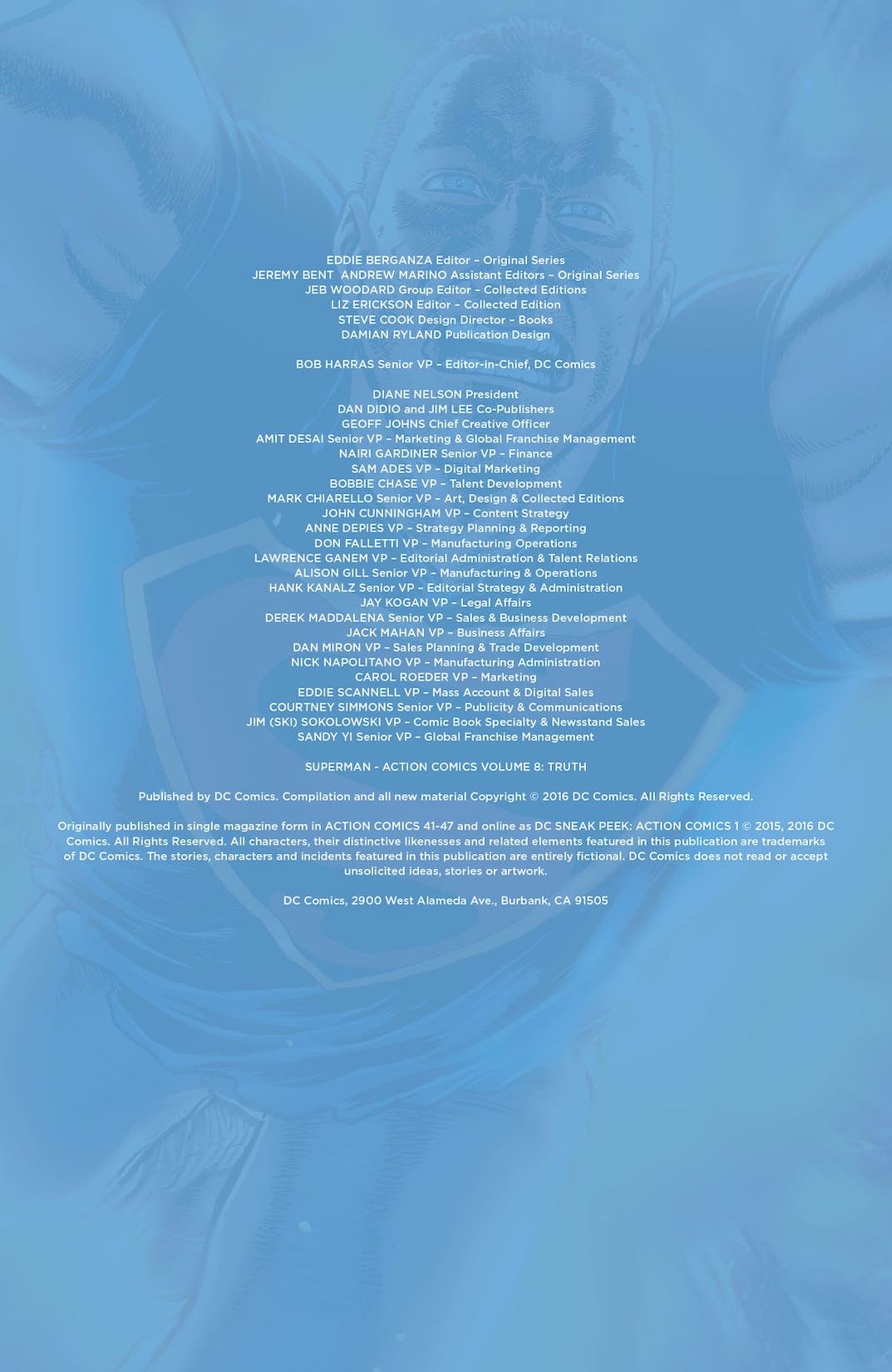 Superman’s secret identity has been revealed and his powers are failing him, but not even that can stop the Man of Steel from protecting the innocent when a mysterious shadow monster appears in Metropolis. But the biggest threat Clark Kent faces when he returns home comes from the people he once called his friends and neighbors. While some still stand by him, others-including the Metropolis police department-are fearful and angry…too angry. Is this just a reaction to Superman’s deception, or is there something more insidious infecting the people of Metropolis? Clark knows he needs to regain their trust, but in his weakened state, can he even survive long enough to try? Storytellers Greg Pak (BATMAN/SUPERMAN) and Aaron Kuder (GREEN LANTERN: NEW GUARDIANS) unleash an unstoppable force on an underpowered Superman, with help from artists Scott Kolins (JUSTICE LEAGUE 3001) and Georges Jeanty (BATMAN) and more! SUPERMAN-ACTION COMICS VOL. 8: TRUTH collects issues #41-47 and DC SNEAK PEEK: ACTION COMICS #1.