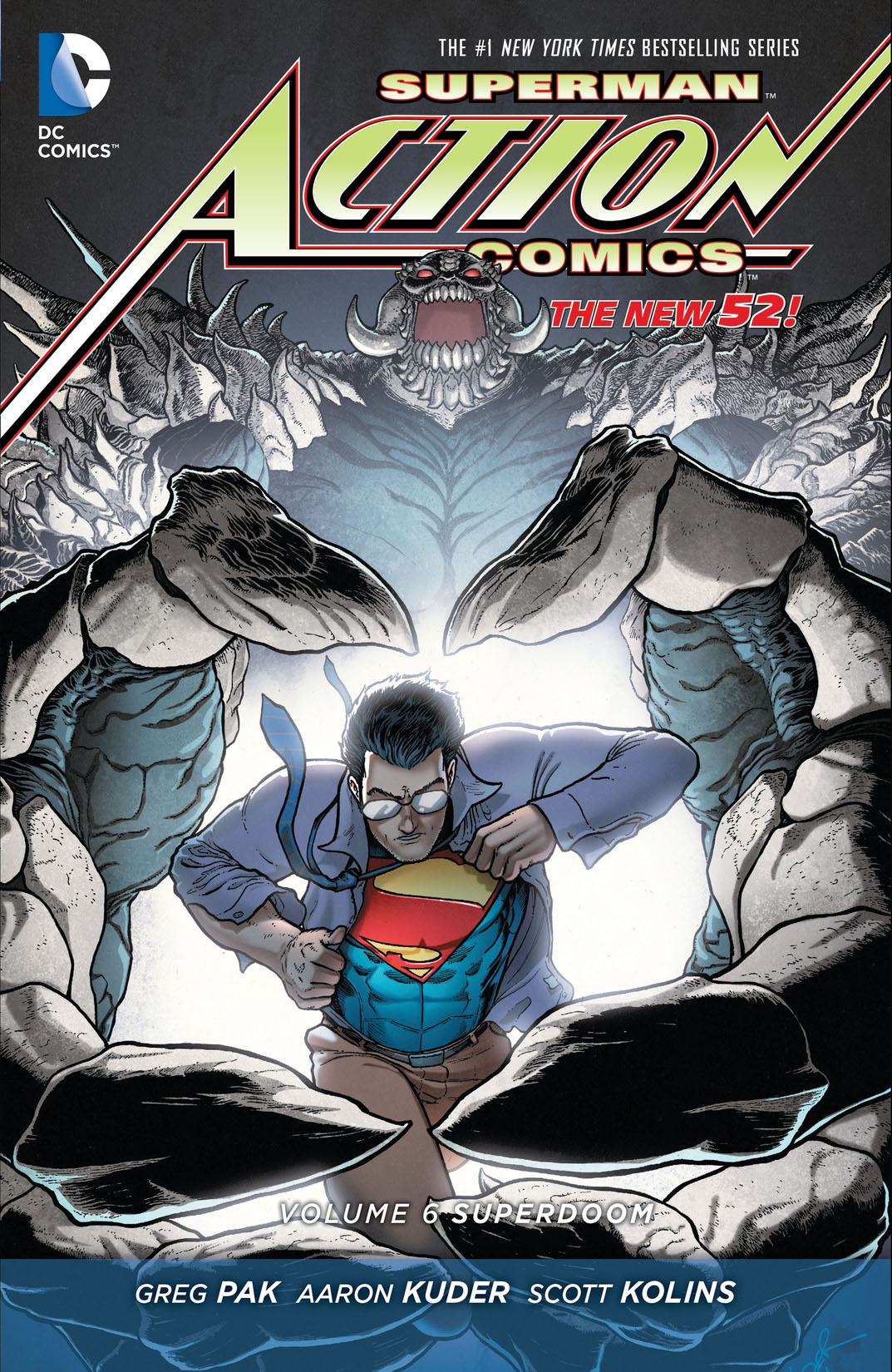 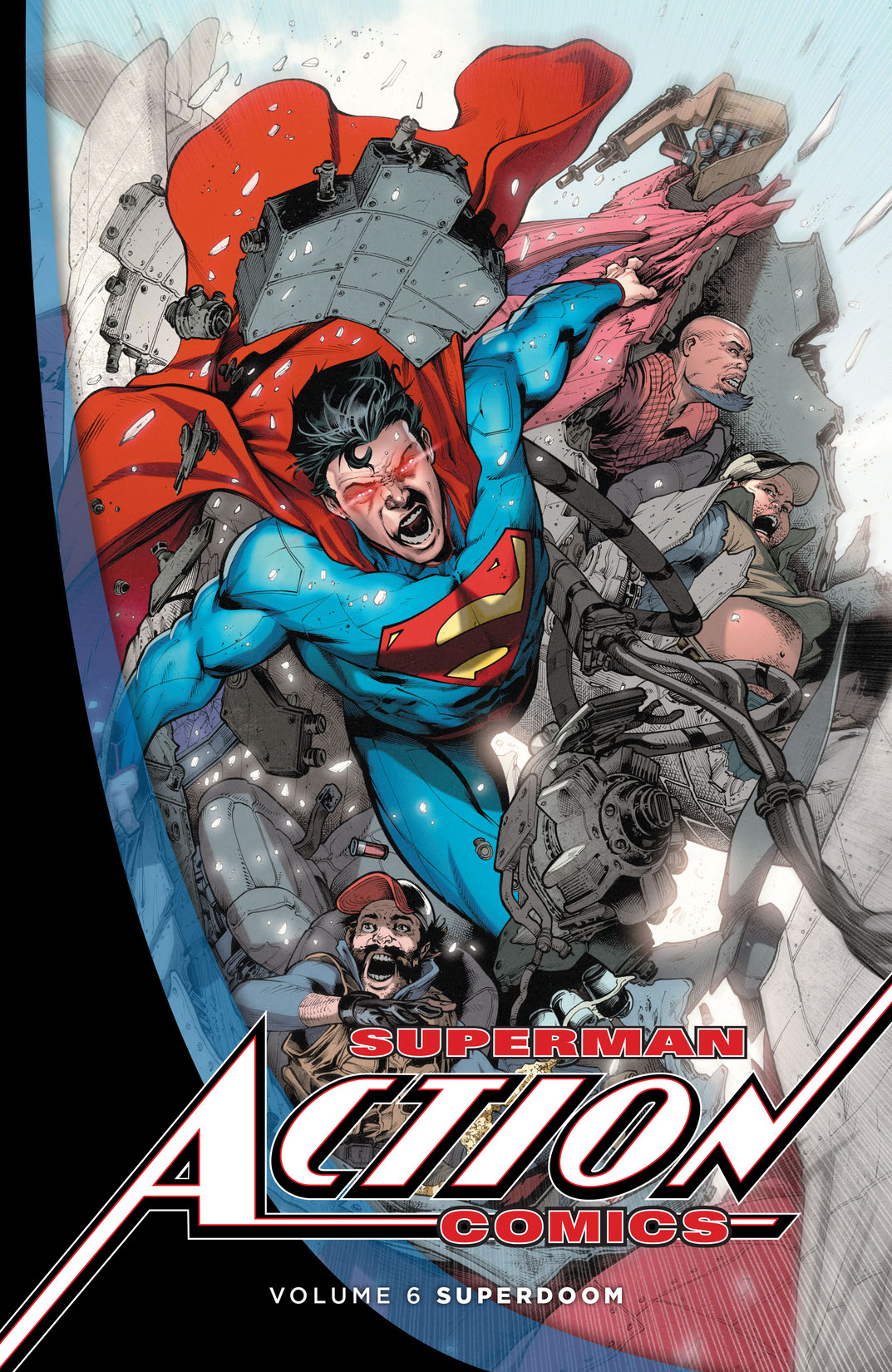 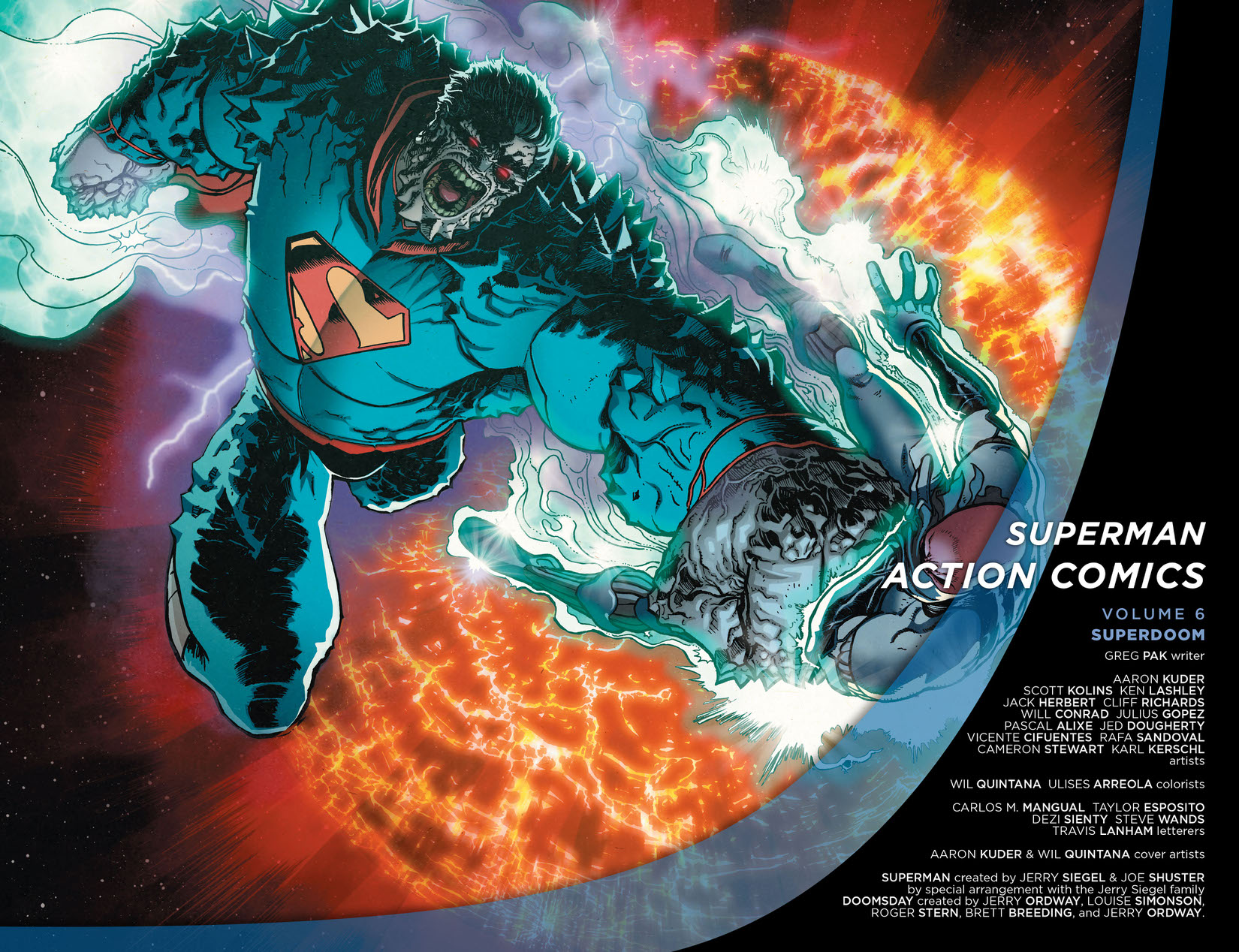 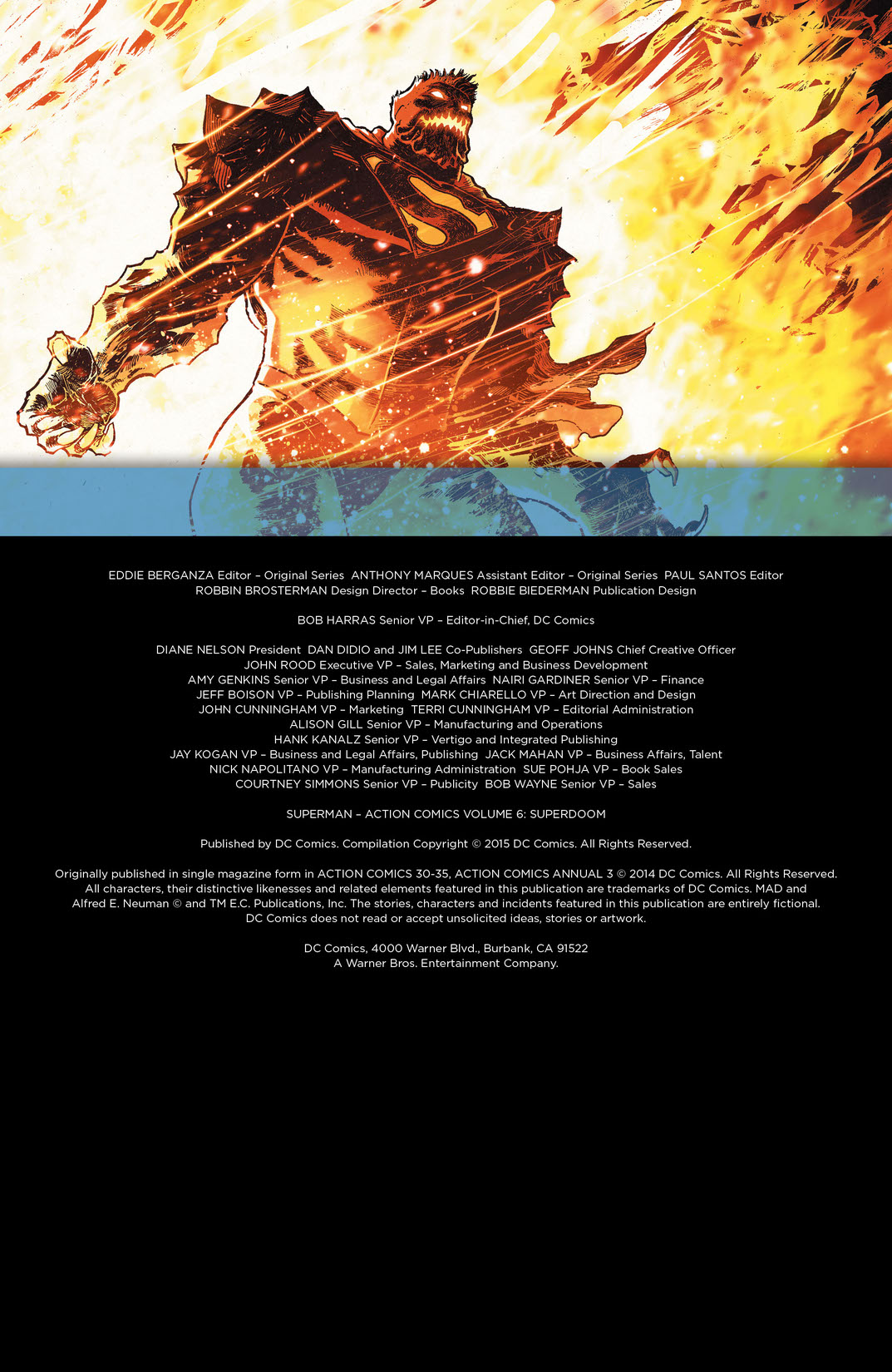 Doomsday is here. The most brutal force Superman has ever faced is back, killing all life everywhere he goes. But defeating the beast is just the beginning. The evil of Doomsday has taken root inside Superman himself, turning him into an even deadlier, more destructive monster…and leaving the Earth defenseless for an invasion from beyond. However, Superman does not fight his battle alone. Lois Lane. Lana Lang. Steel. Batman. Some are superheroes, others just everyday people of extraordinary bravery. It will take all they have to pull Superman back from the brink. It will take all Superman has to save the planet from its enemies-and himself… Writer Greg Pak (BATMAN/SUPERMAN) and artists Aaron Kuder (GREEN LANTERN: NEW GUARDIANS) and Scott Kolins (JUSTICE LEAGUE) lead the charge against Doomsday -the Last Son of Krypton's greatest challenge yet! Collects ACTION COMICS #30-35 and ACTION COMICS ANNUAL #3.