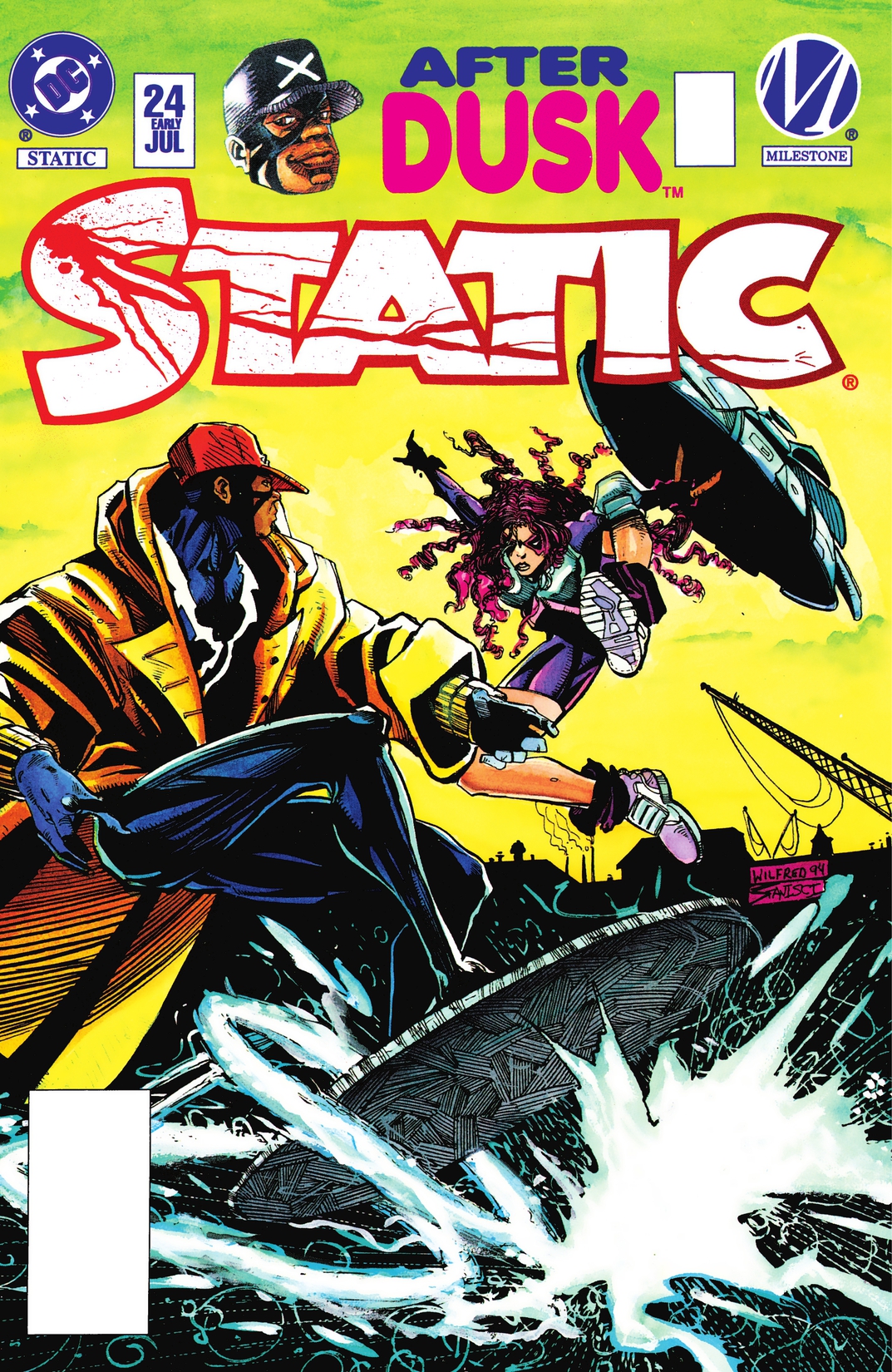 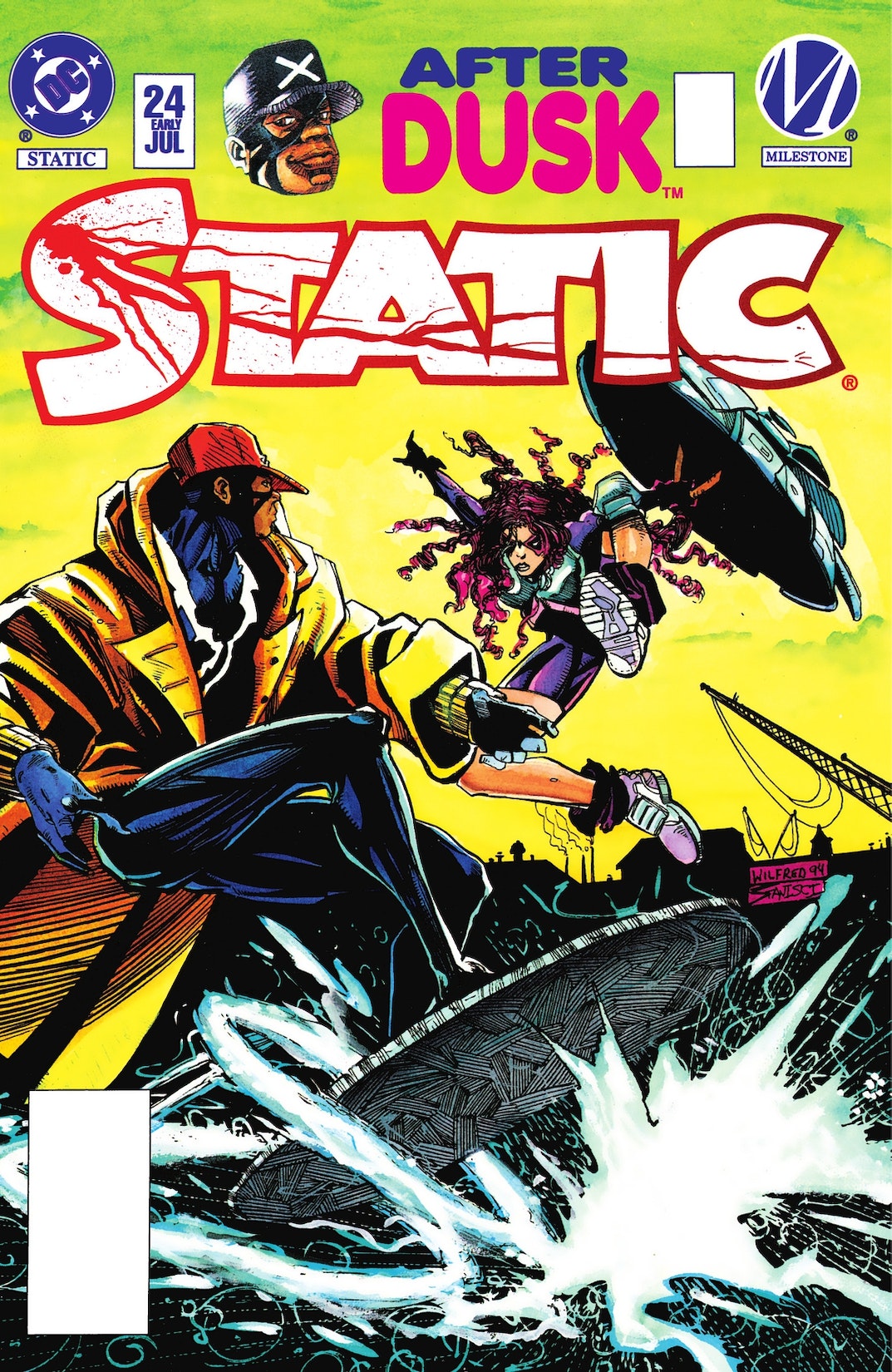 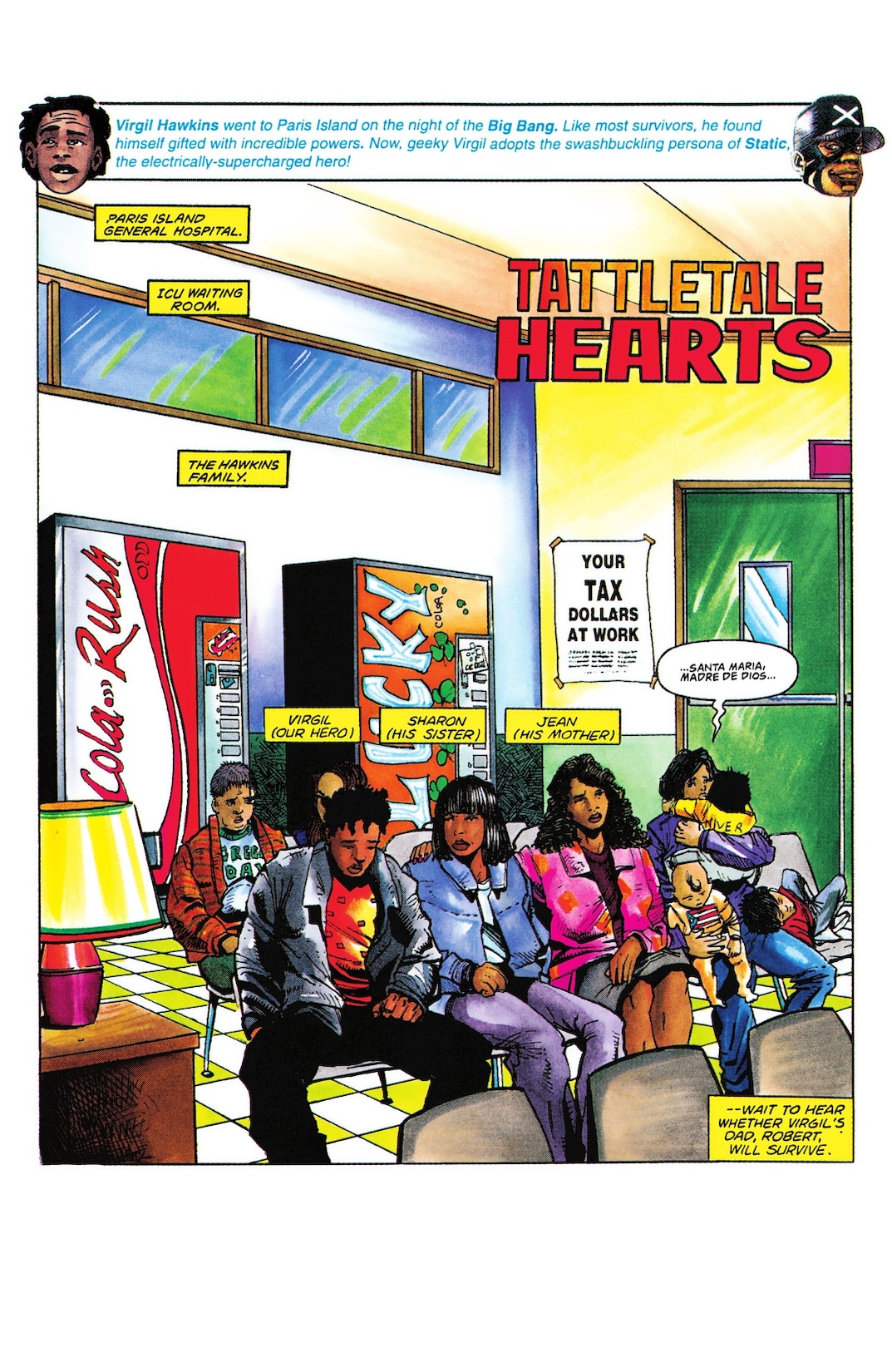 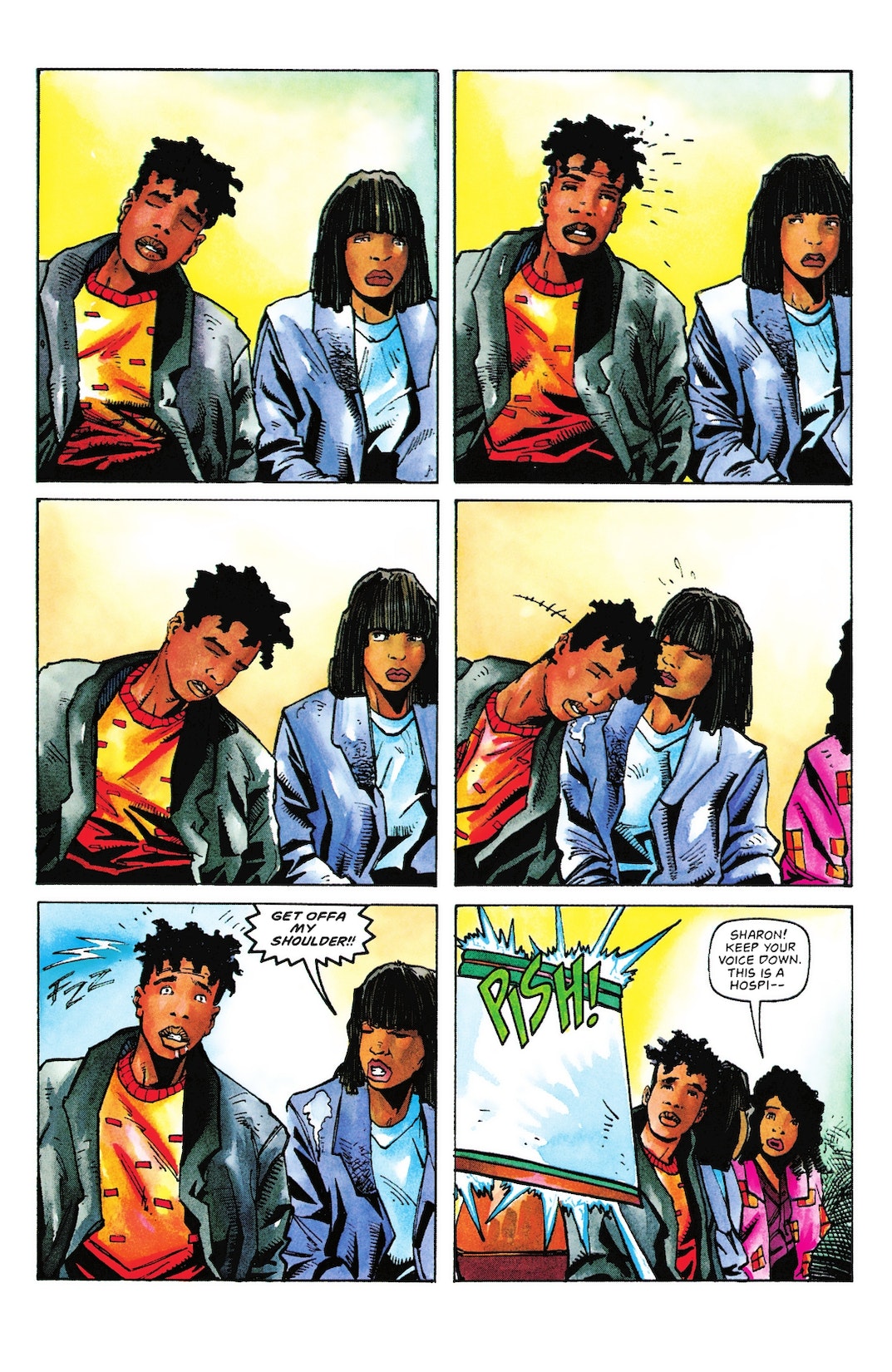 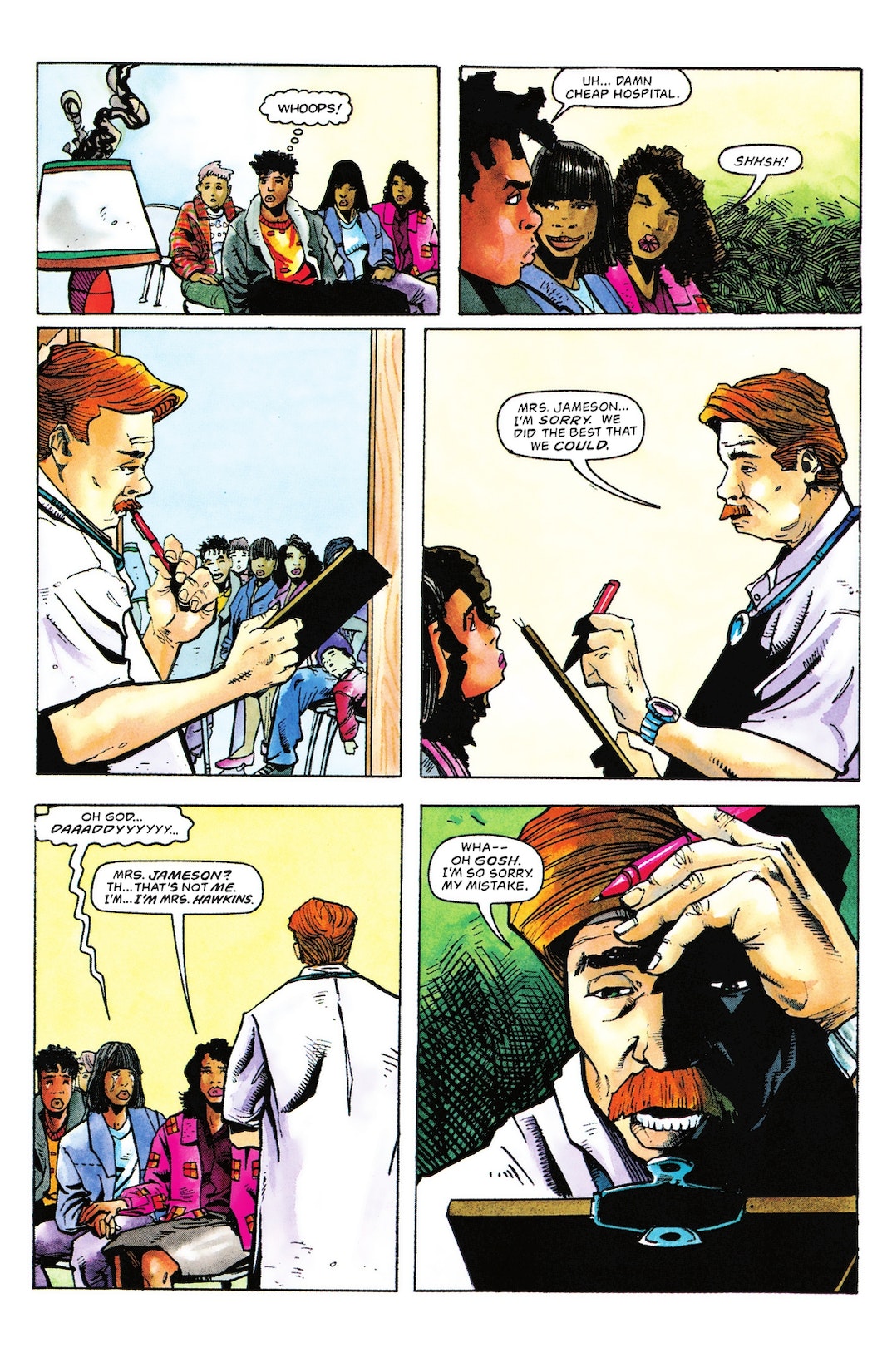 While Static’s father remains in critical condition at Paris Island General Hospital, Static blows off some steam when he runs into the beguiling super-teen Dusk, who has a unique concept of justice…and a major crush on Static.