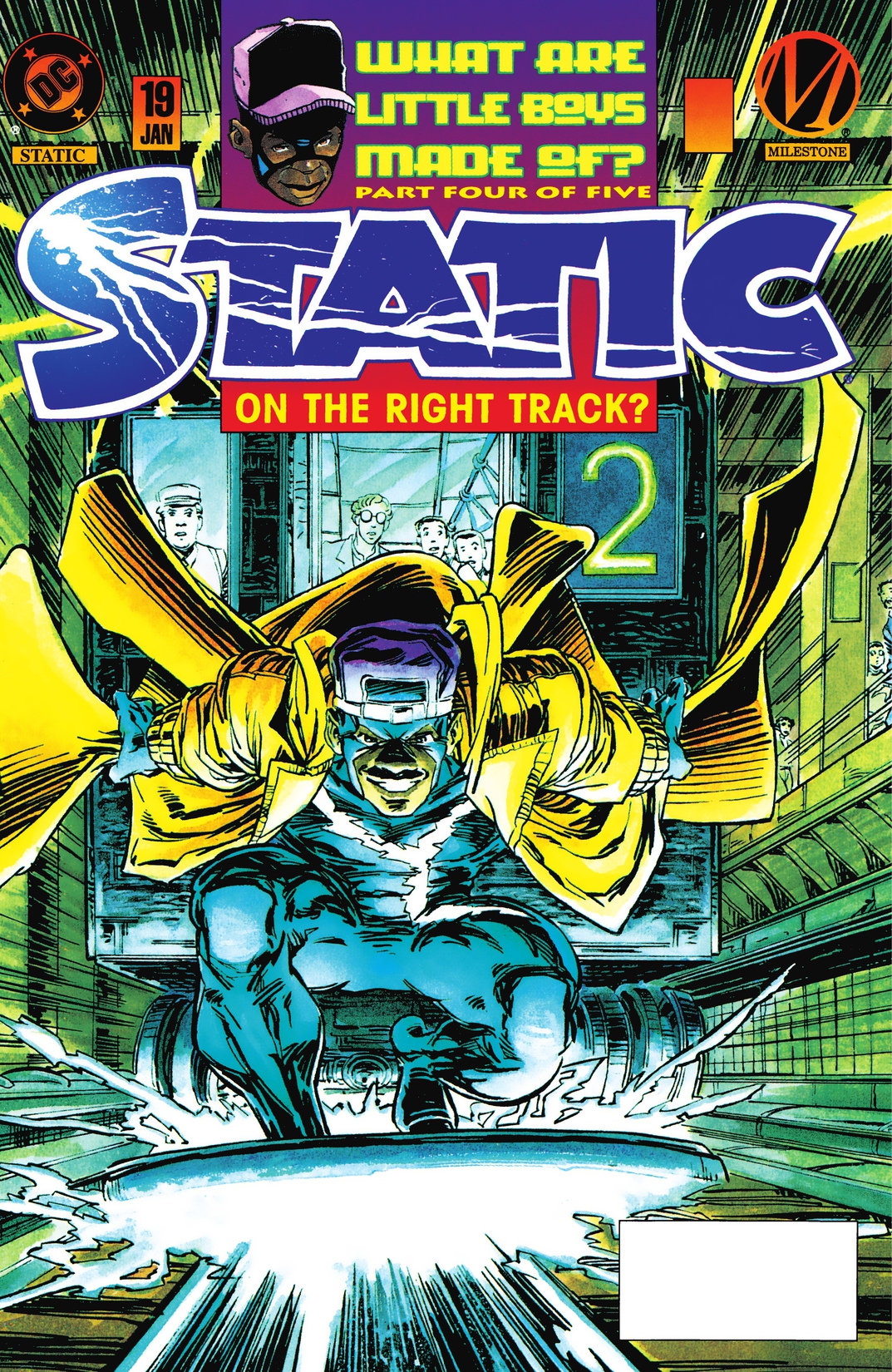 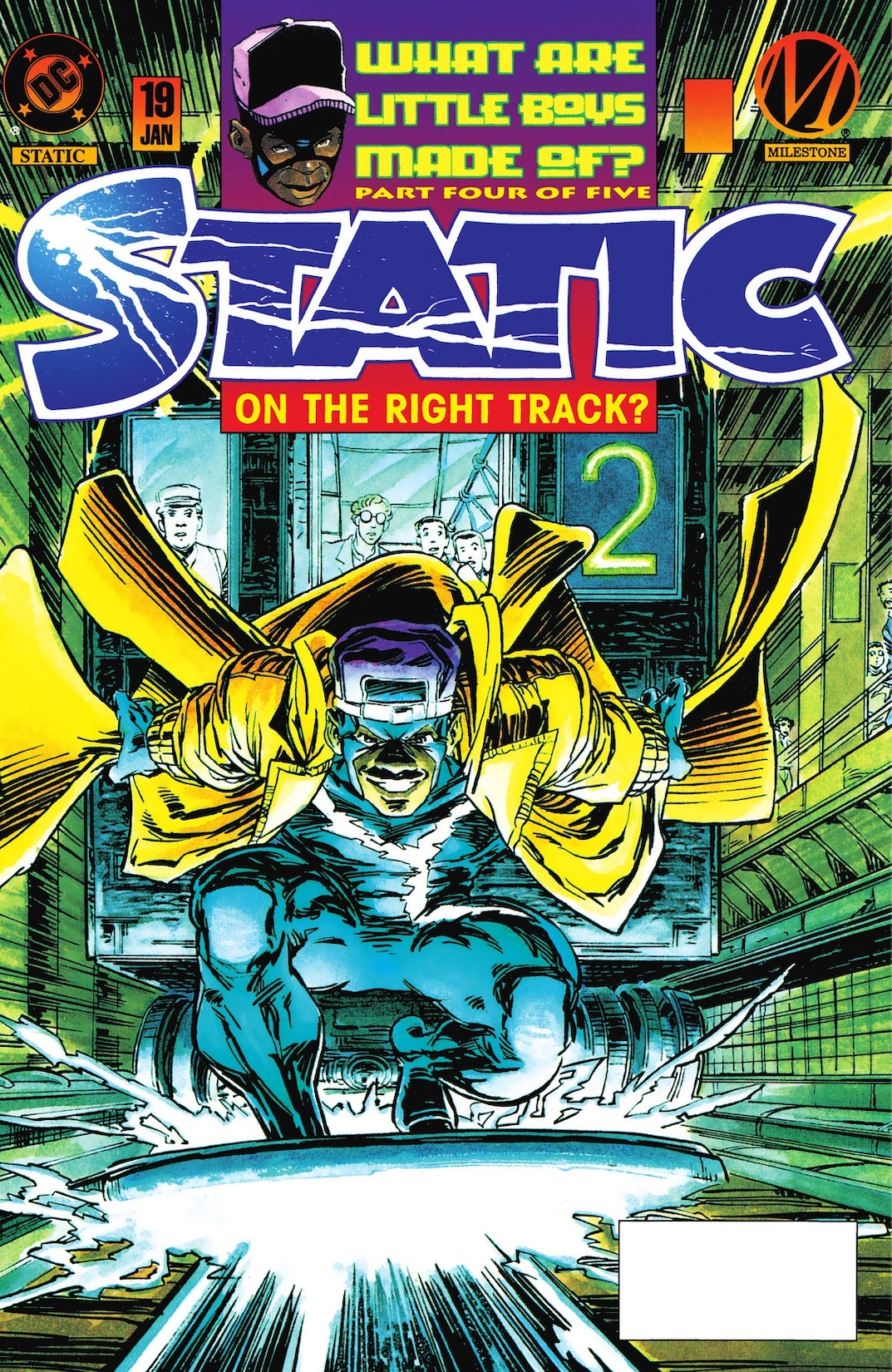 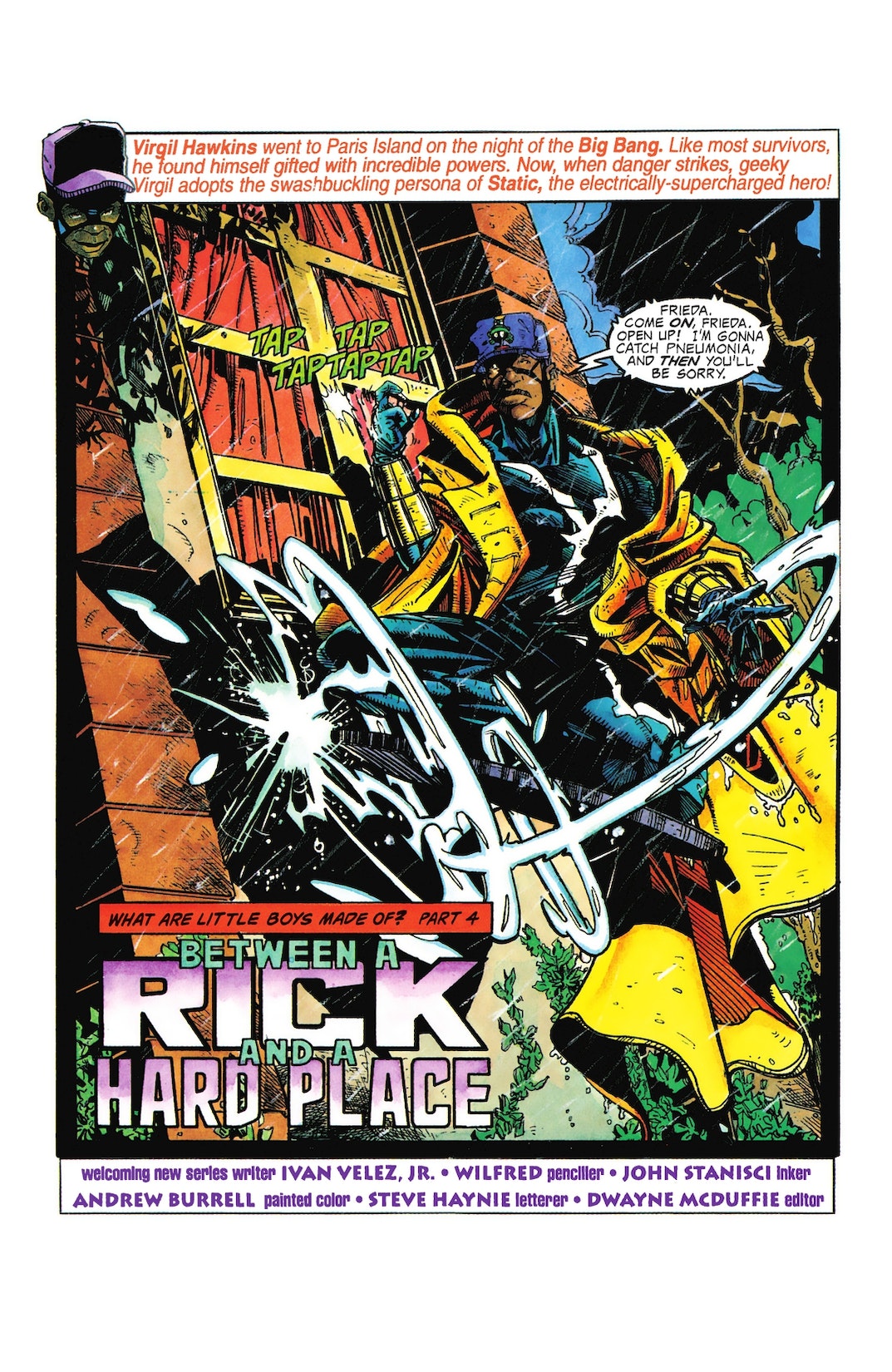 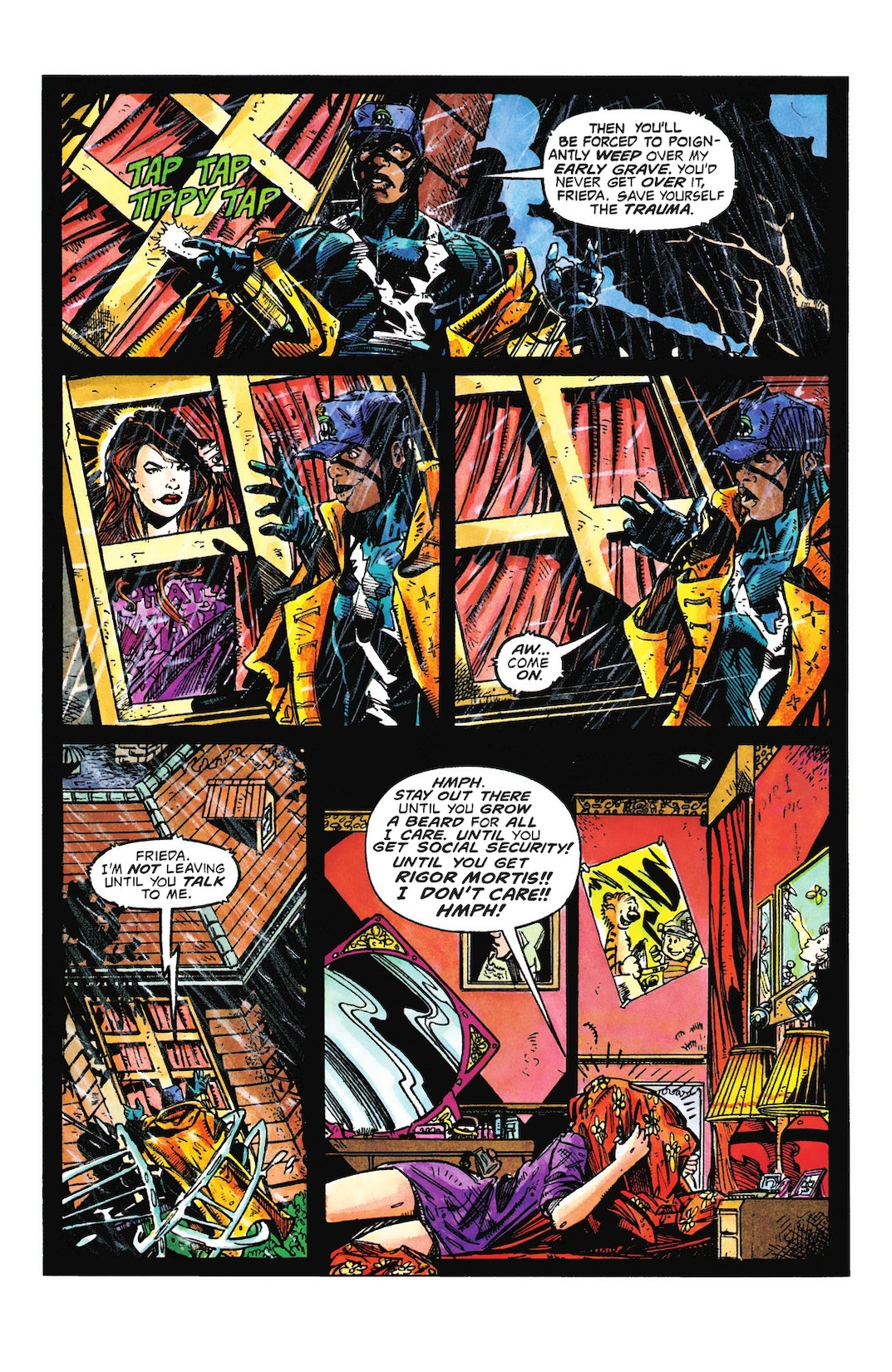 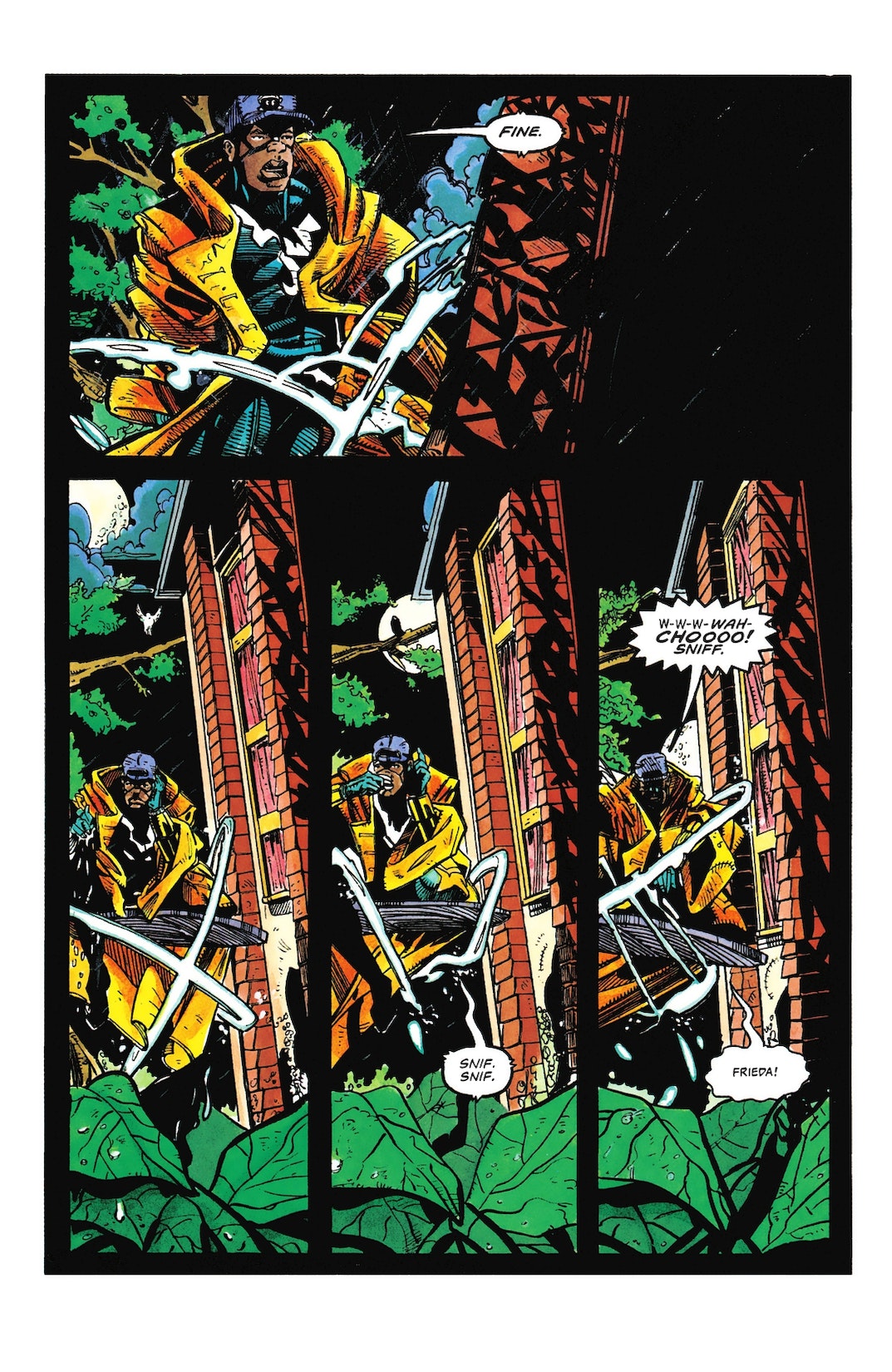 Part four of the five-part “What Are Little Boys Made of?”: Dakota becomes a war zone of anti-gay violence as the Sons of Odin make a ferocious reappearance, forcing Static to intervene and enter into a fiery confrontation with one of his oldest enemies. Written by Ivan Velez Jr., with art by Wilfred and John Stanisci. Cover by M.D. Bright.