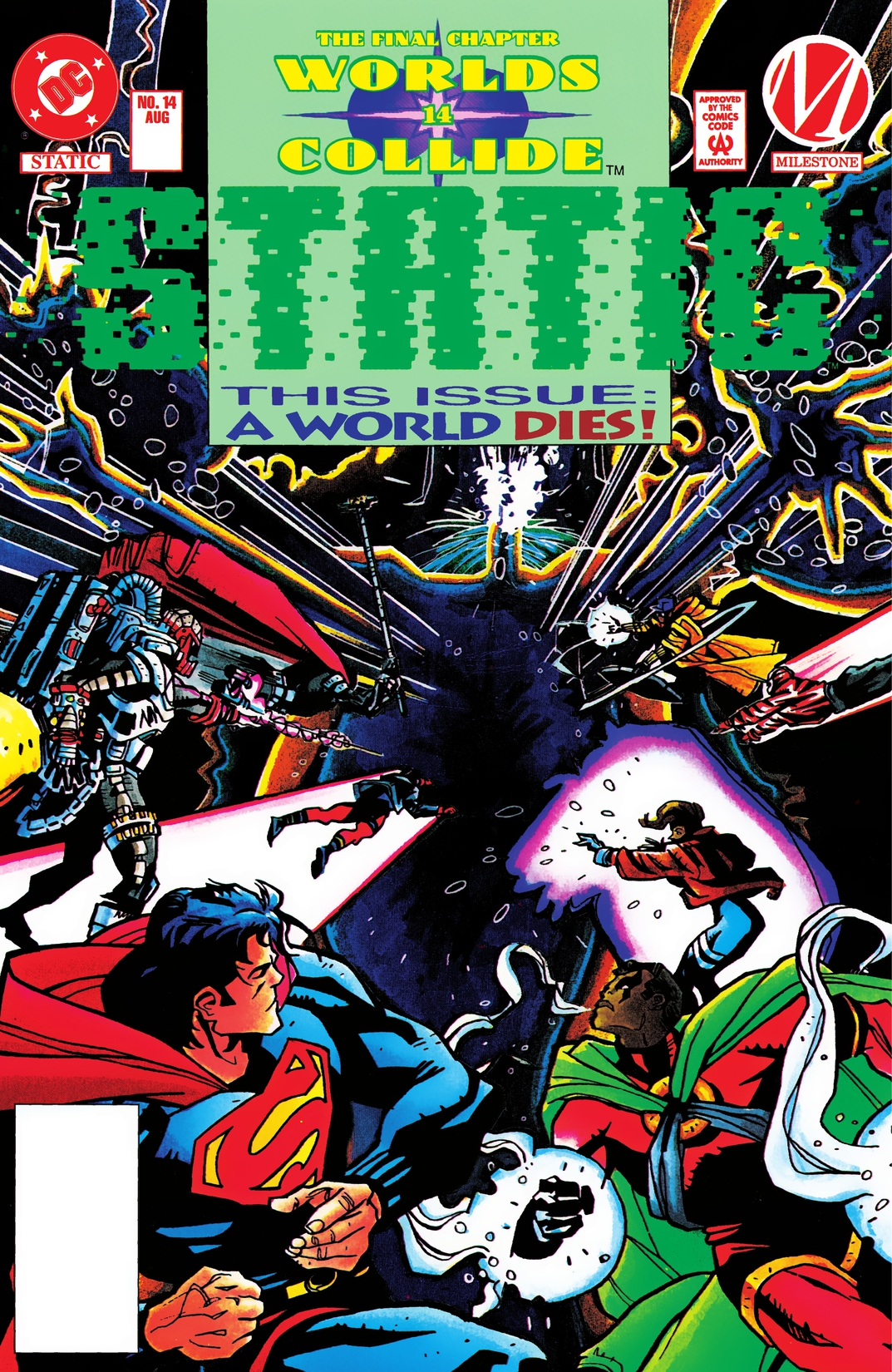 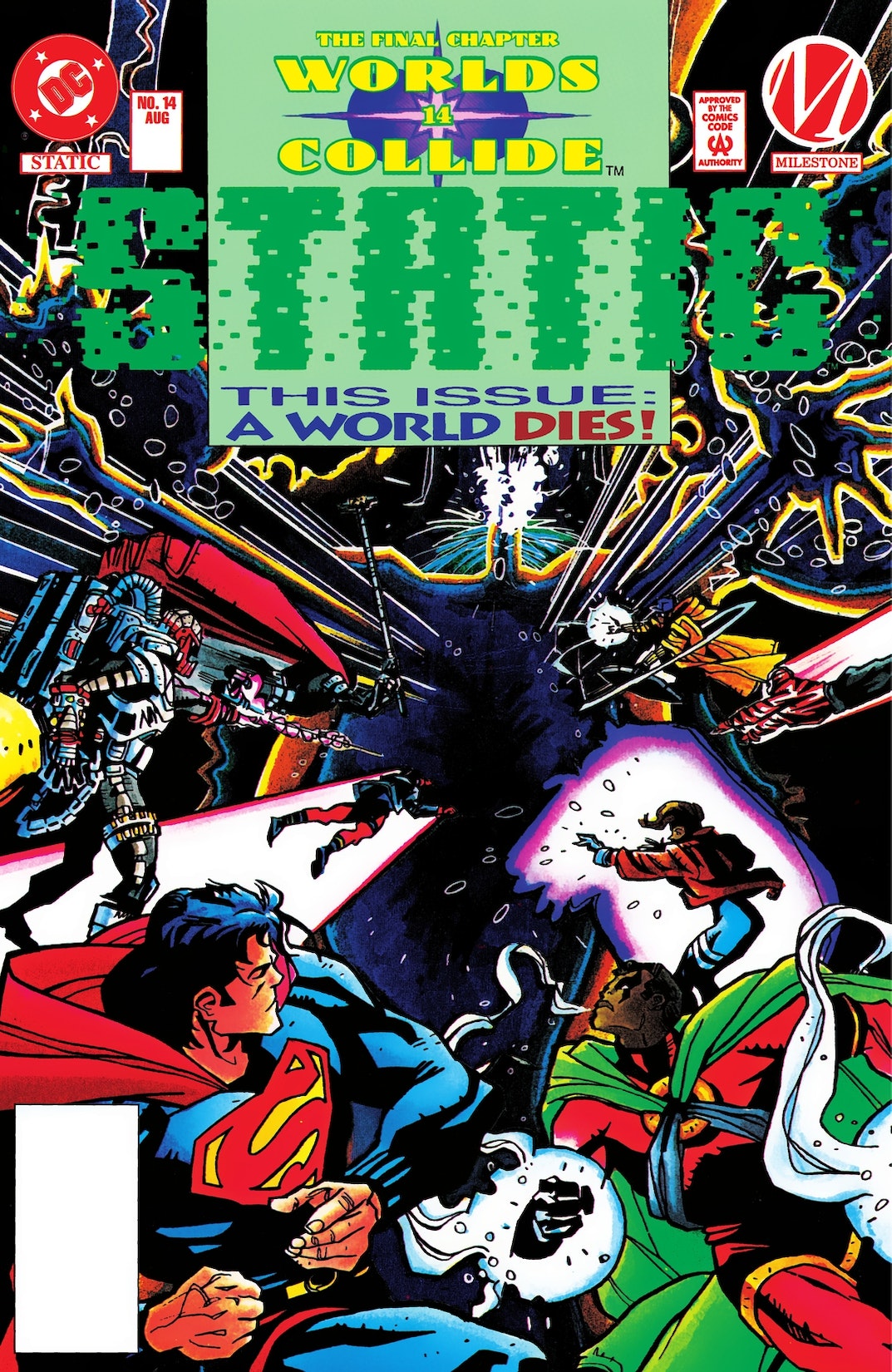 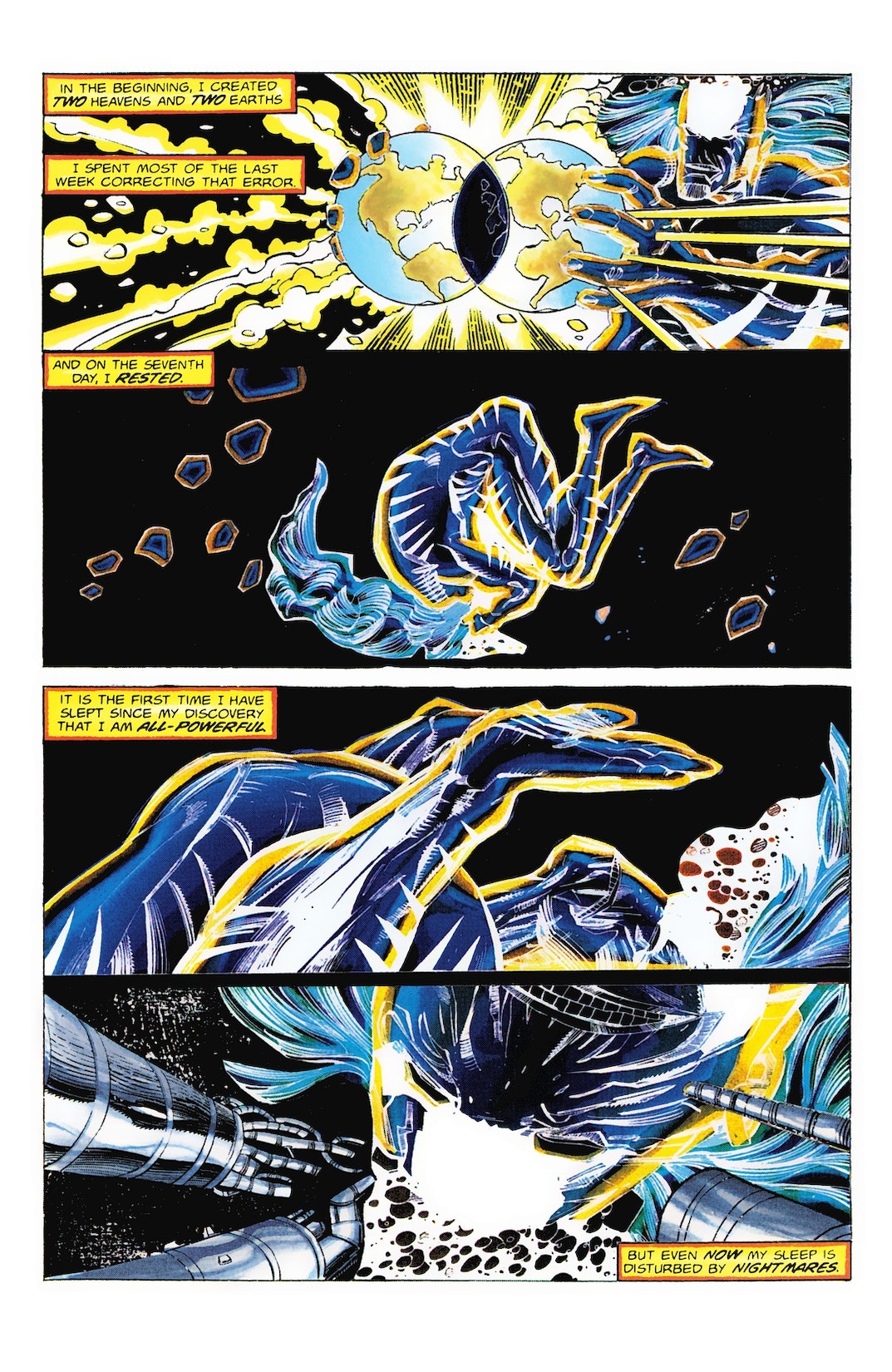 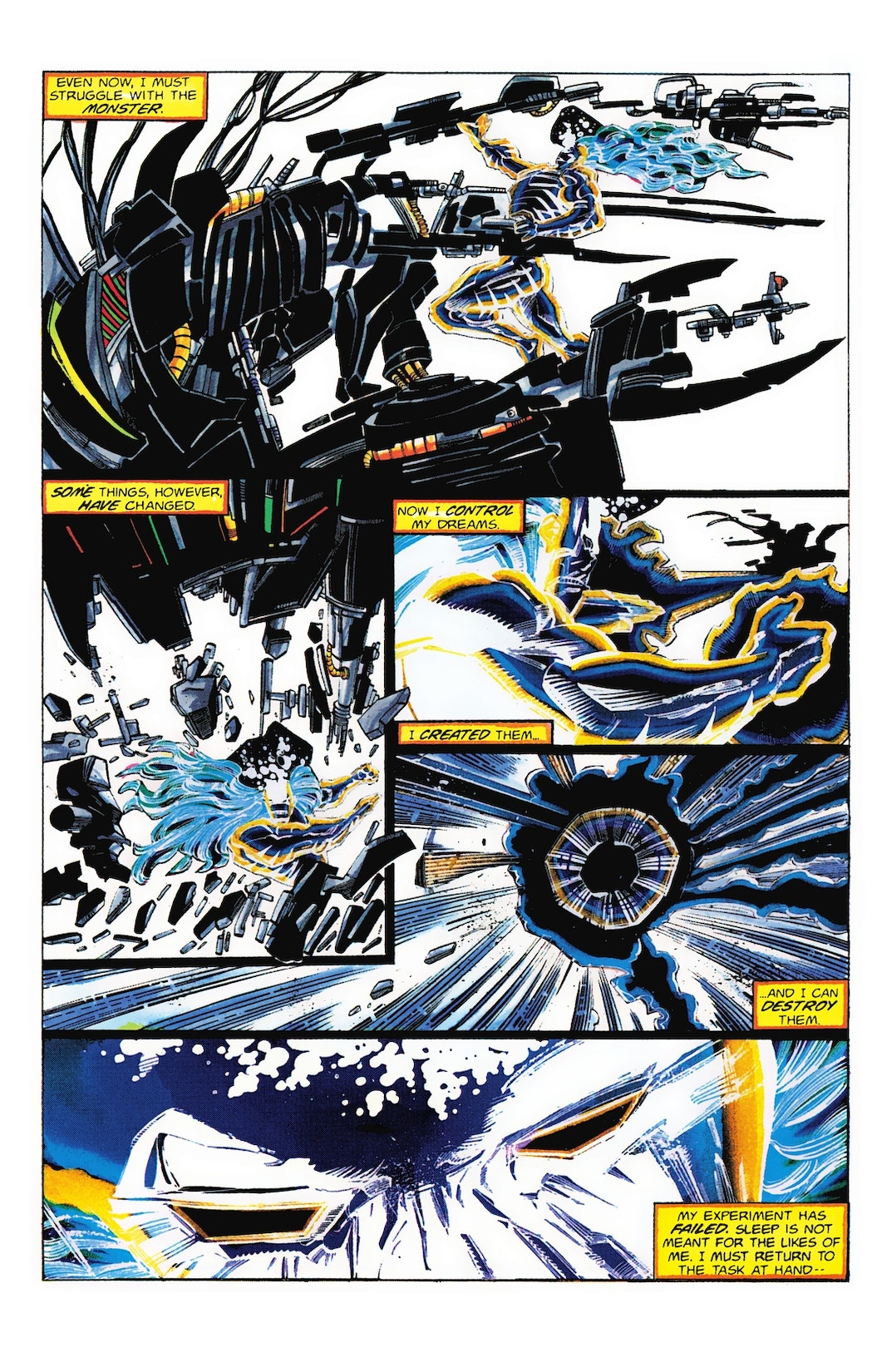 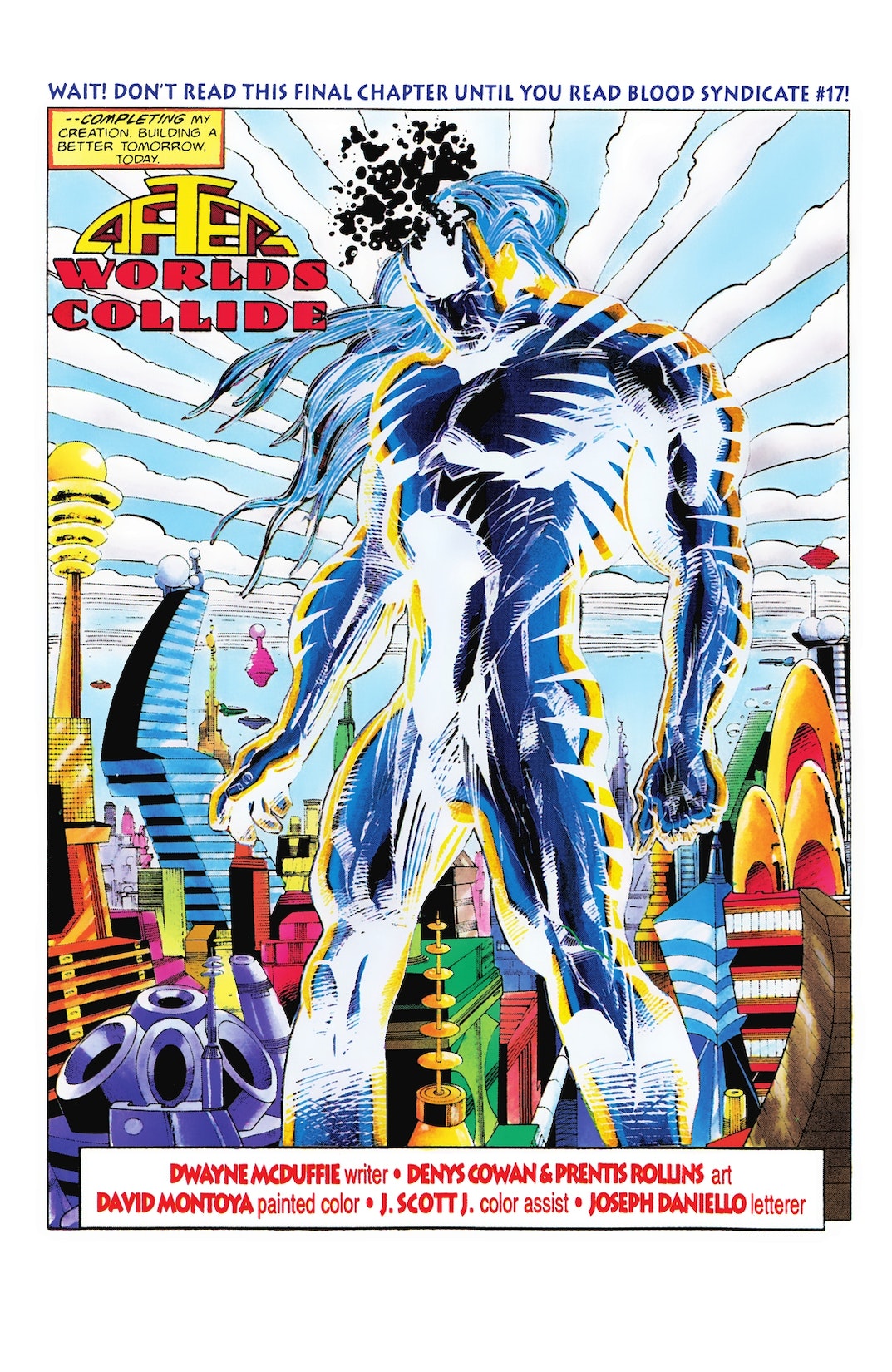 Part 14 of “Worlds Collide,” the 14-part DC/Milestone crossover event, concluded from Blood Syndicate #17 in this extra-size finale as the cosmic entity Rift may destroy two worlds if the heroes of Dakota and Metropolis fall. But even if the heroes prevail, one world seems certain to be destroyed! Written by Robert L. Washington III, Dwayne McDuffie, and others, and inks by Shawn Martinbrough and others. Cover by John Paul Leon and Martinbrough.