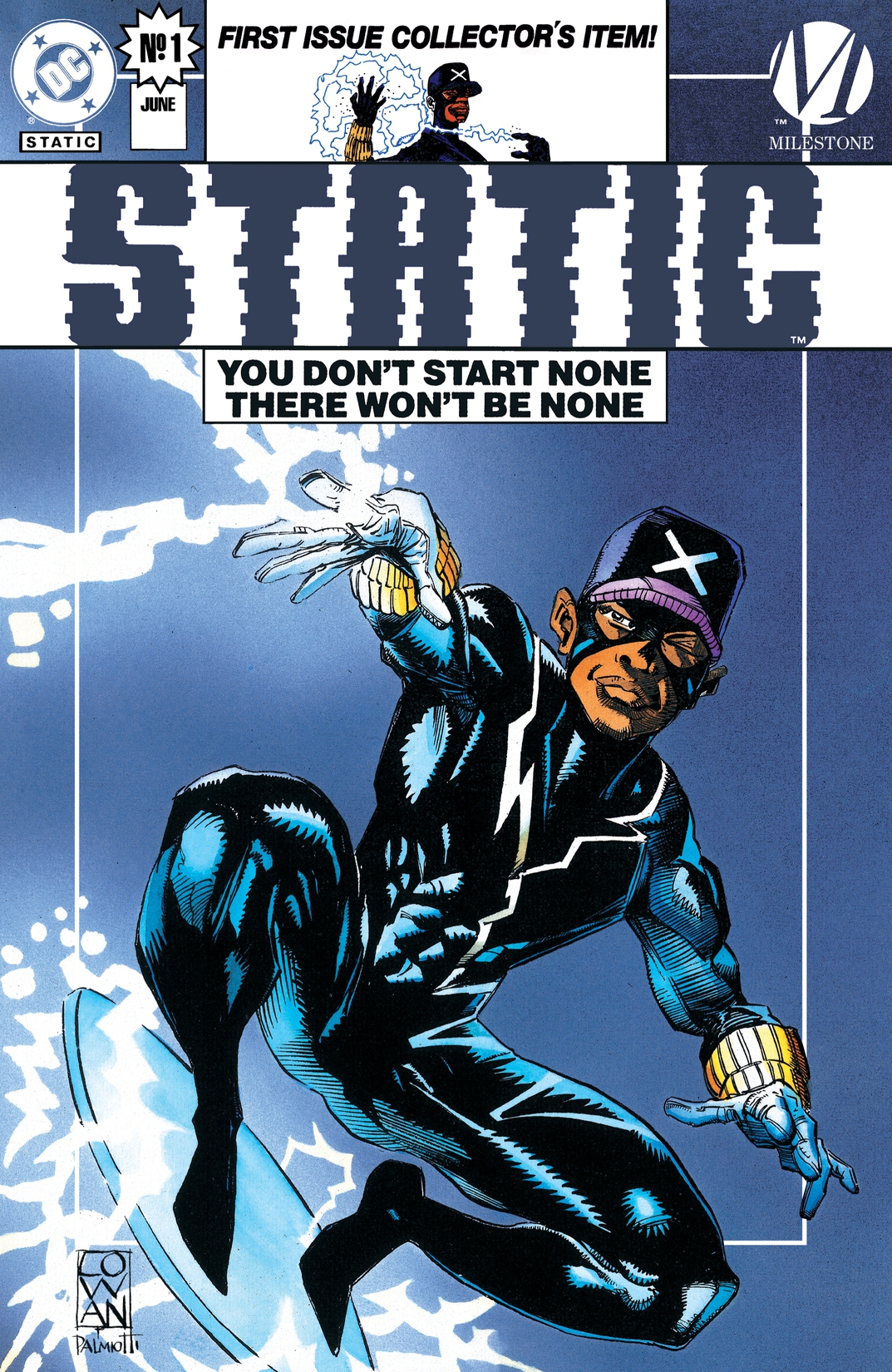 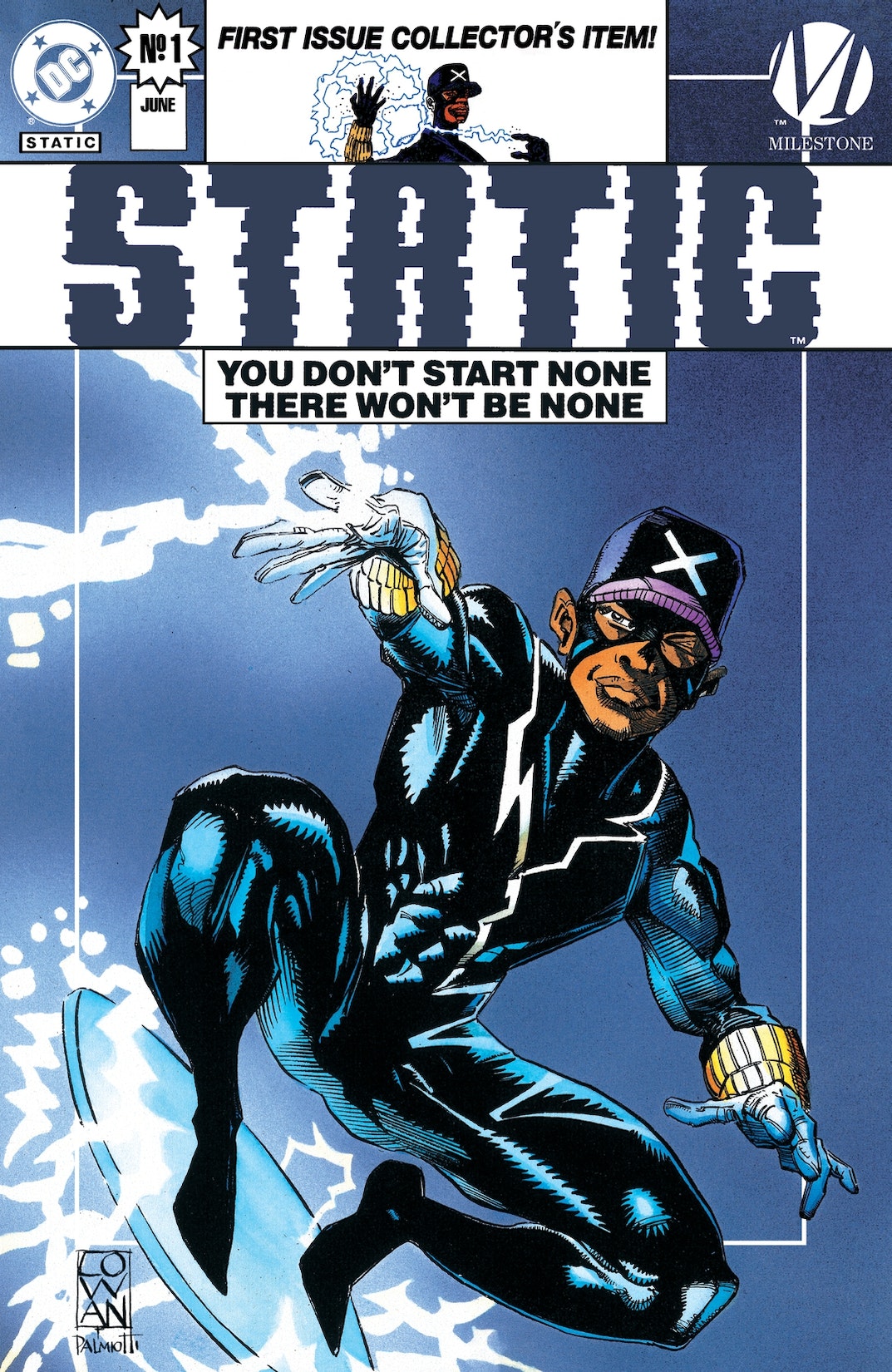 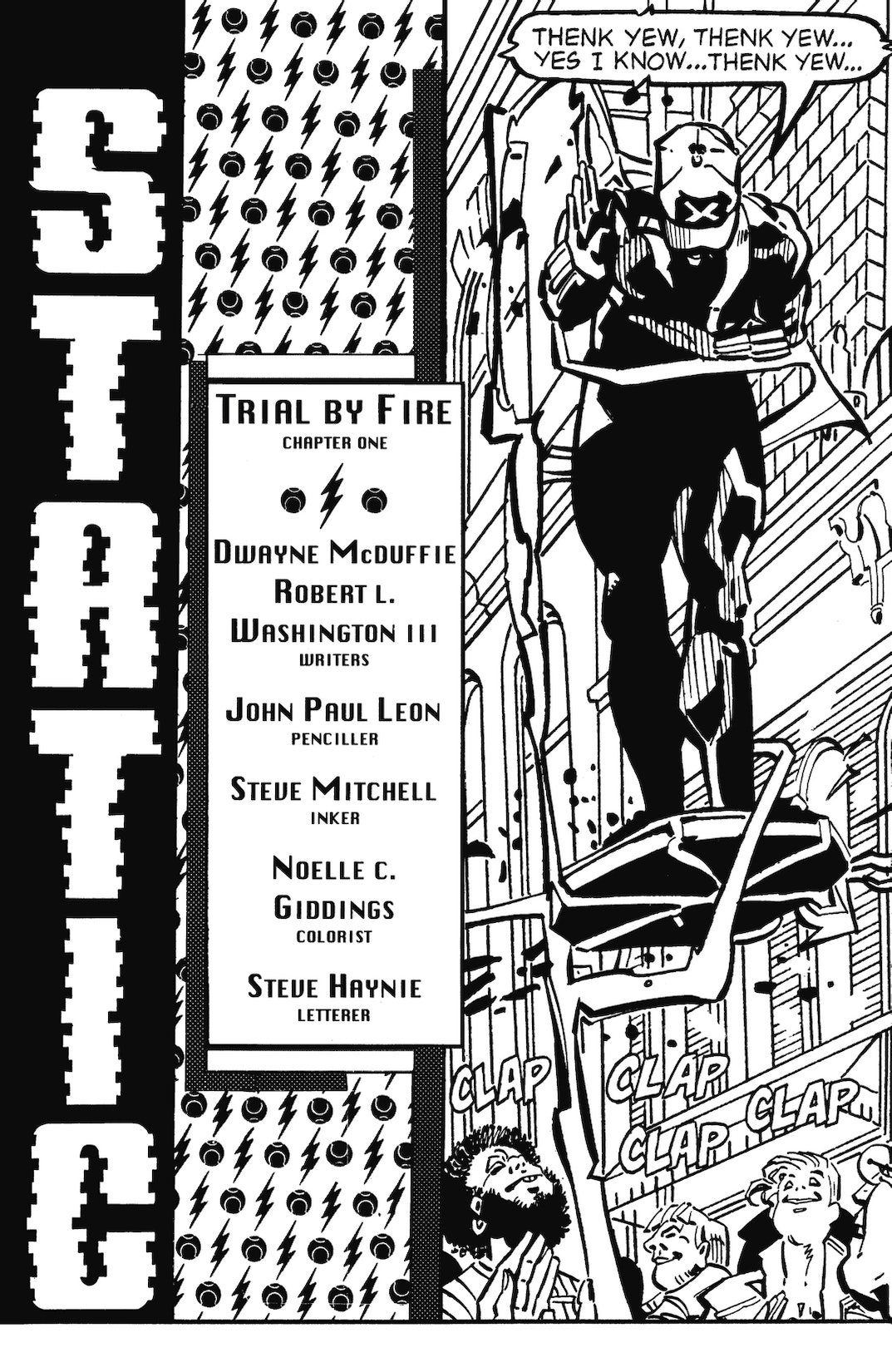 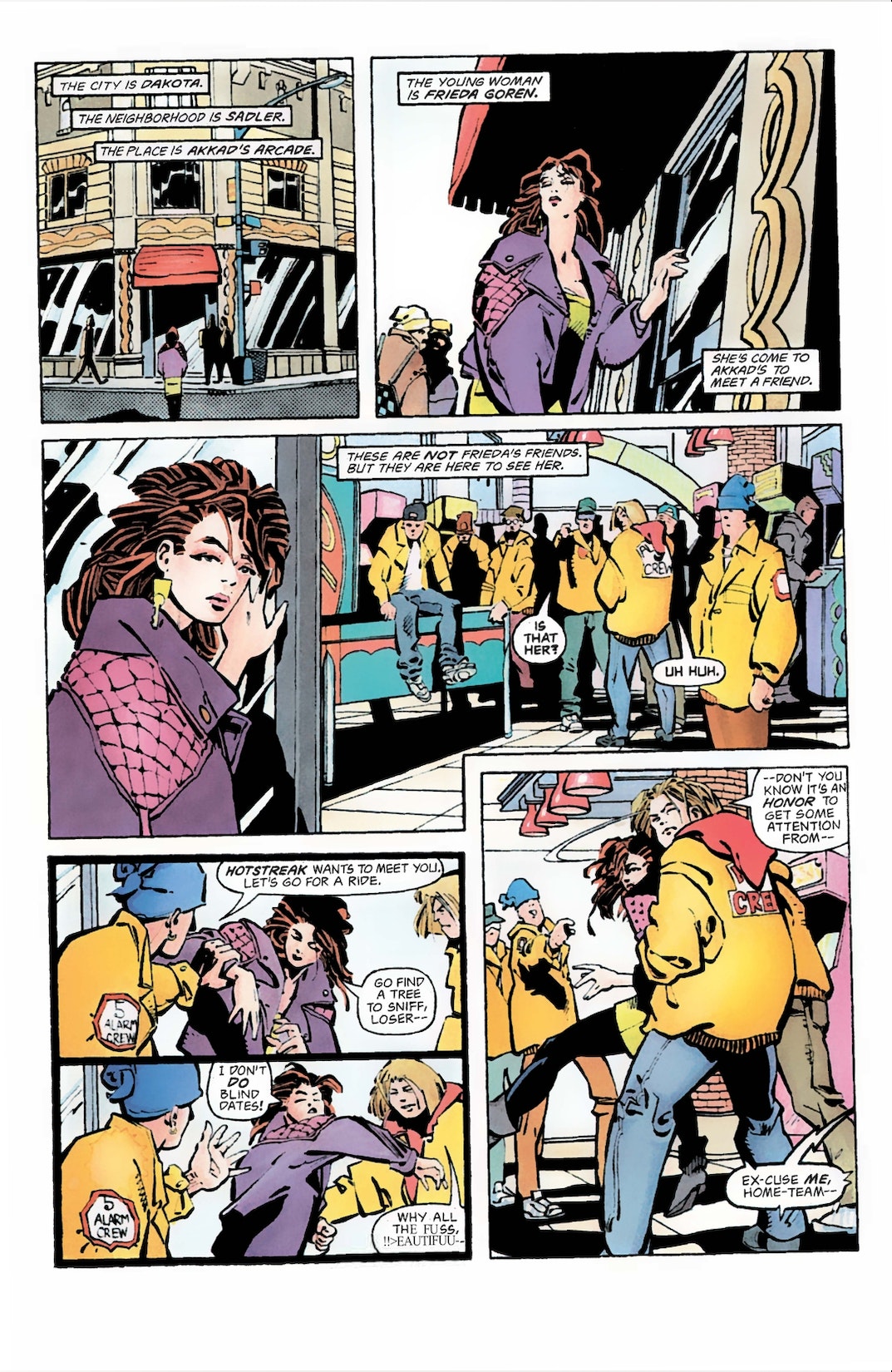 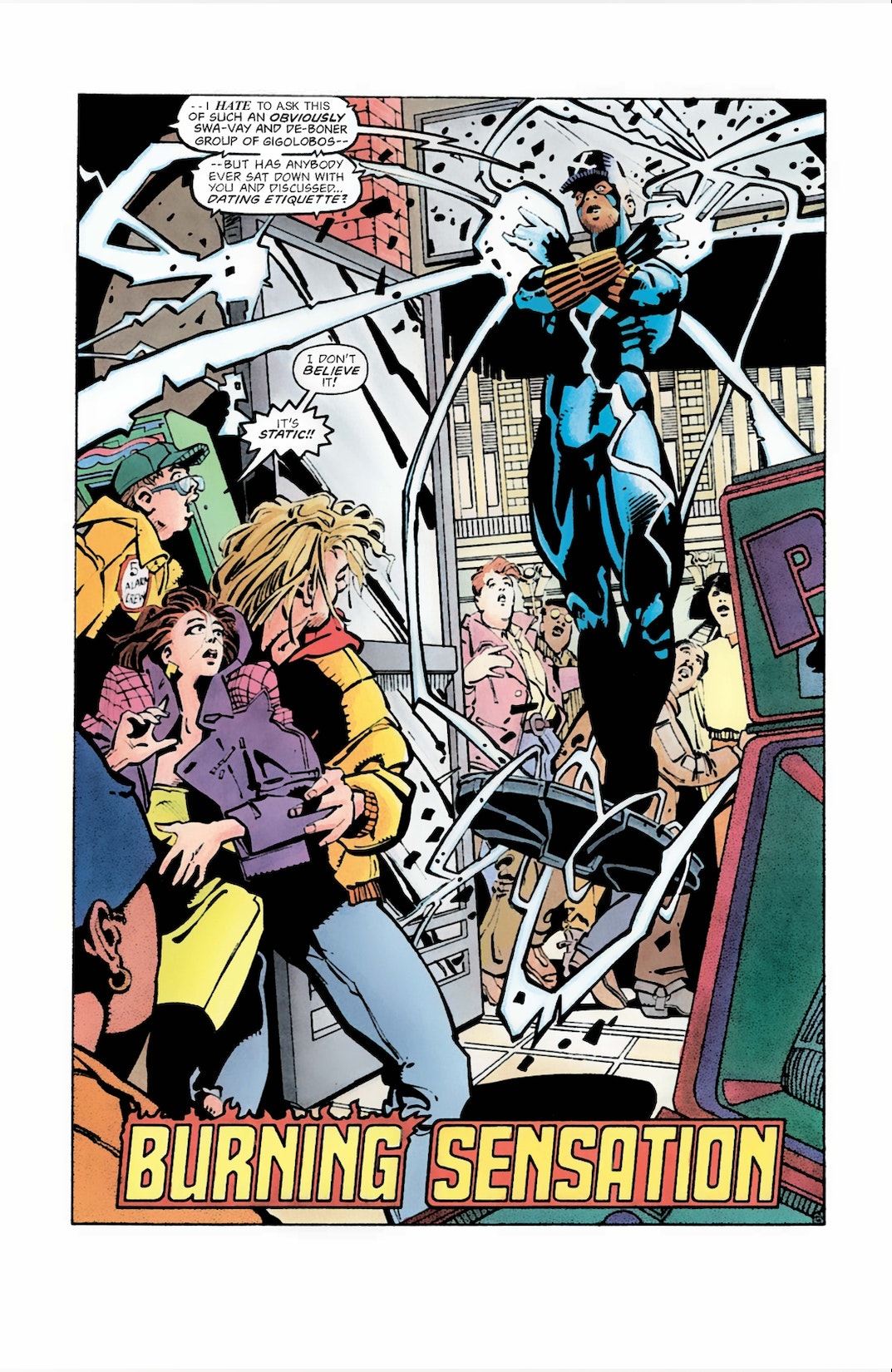 DC Comics continues its launch of the Milestone comics line, presenting adventures of a culturally diverse mix of superheroes, set in the fictional city of Dakota. In the debut of STATIC, Virgil Hawkins, a typical 15-year old, has undergone a bizarre biochemical change. This change involves a secret identity, powerful manipulation of electrostatic forces... and the threat of a superpowered punk, Hotstreak!