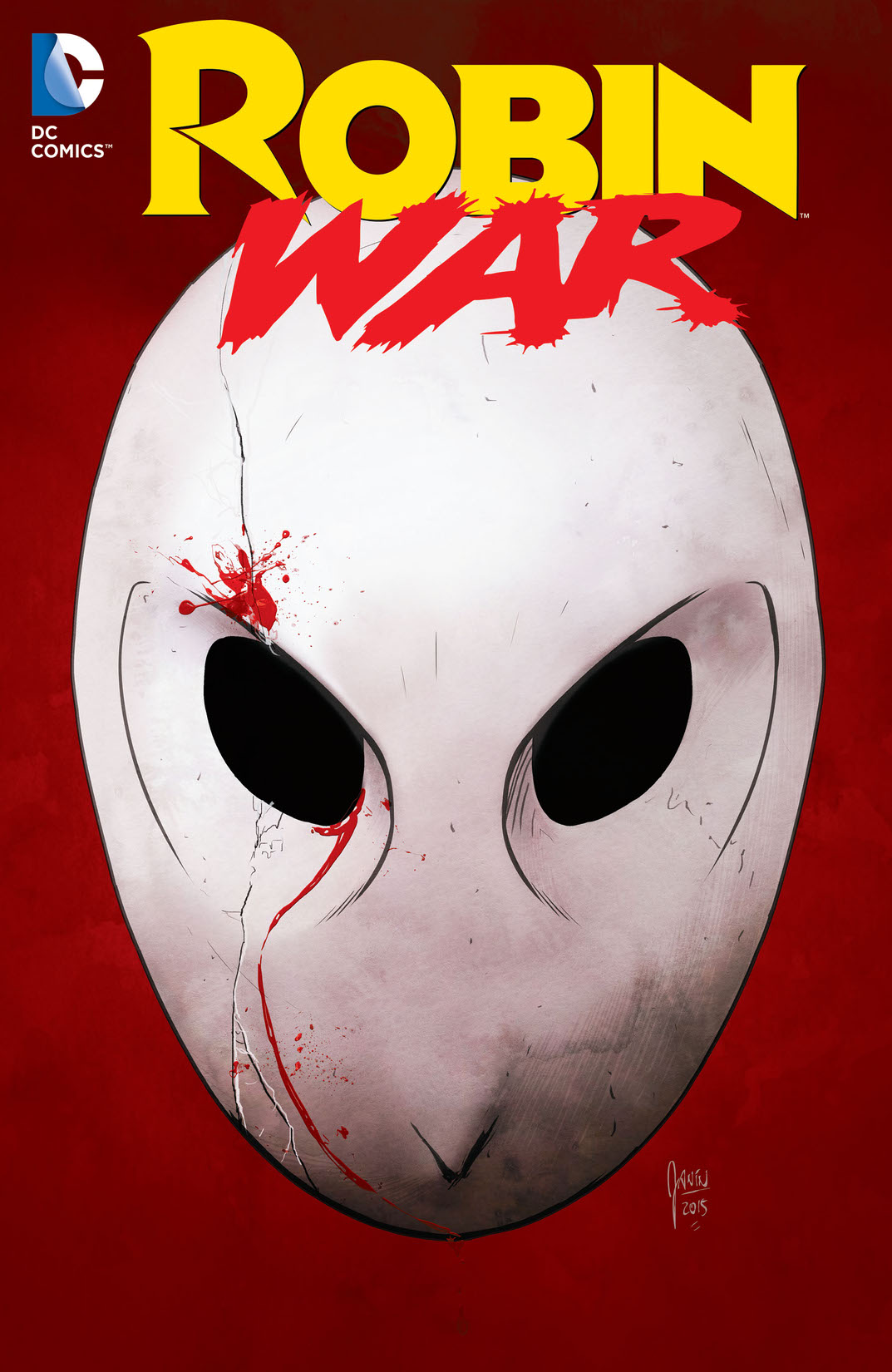 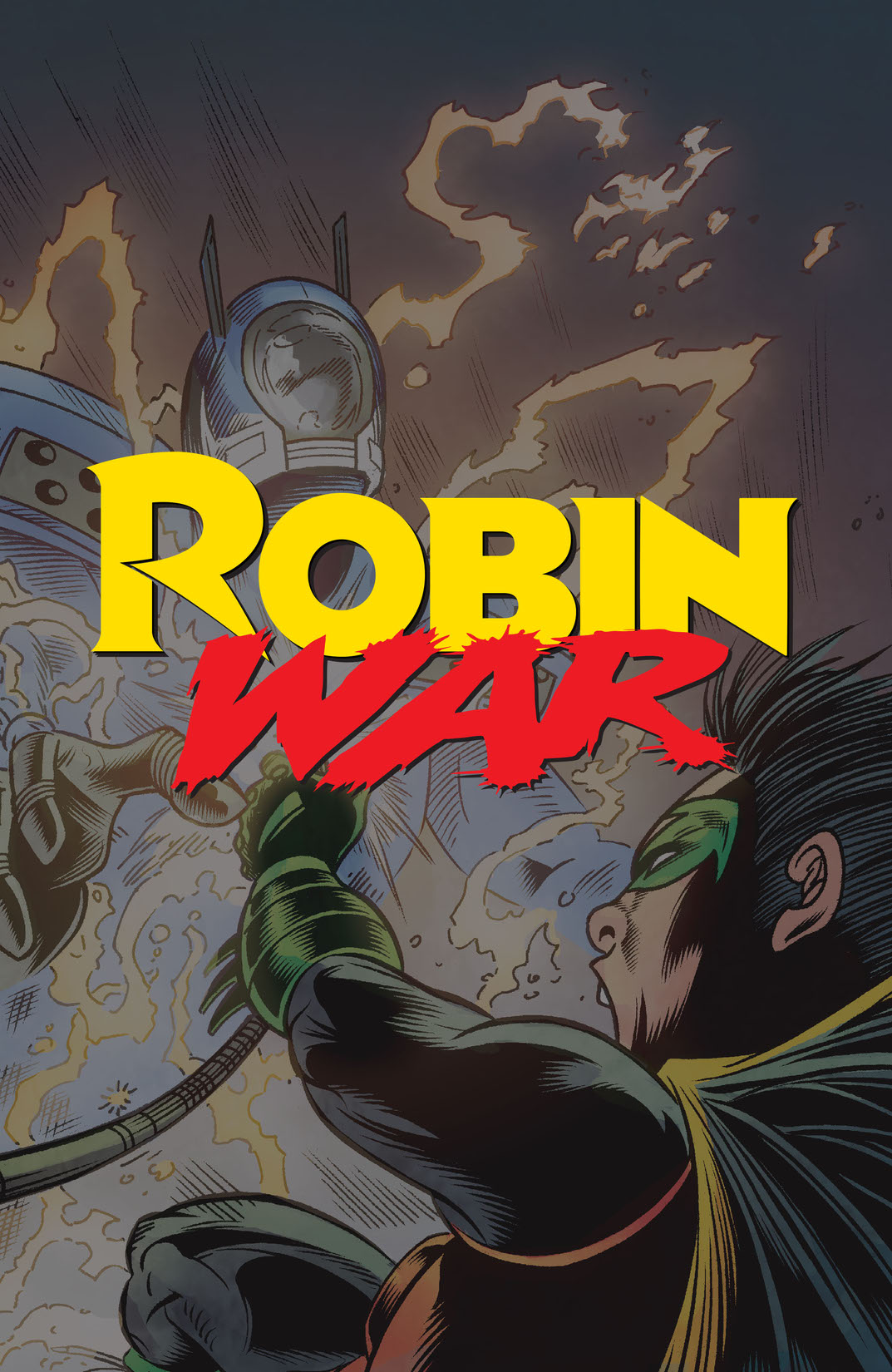 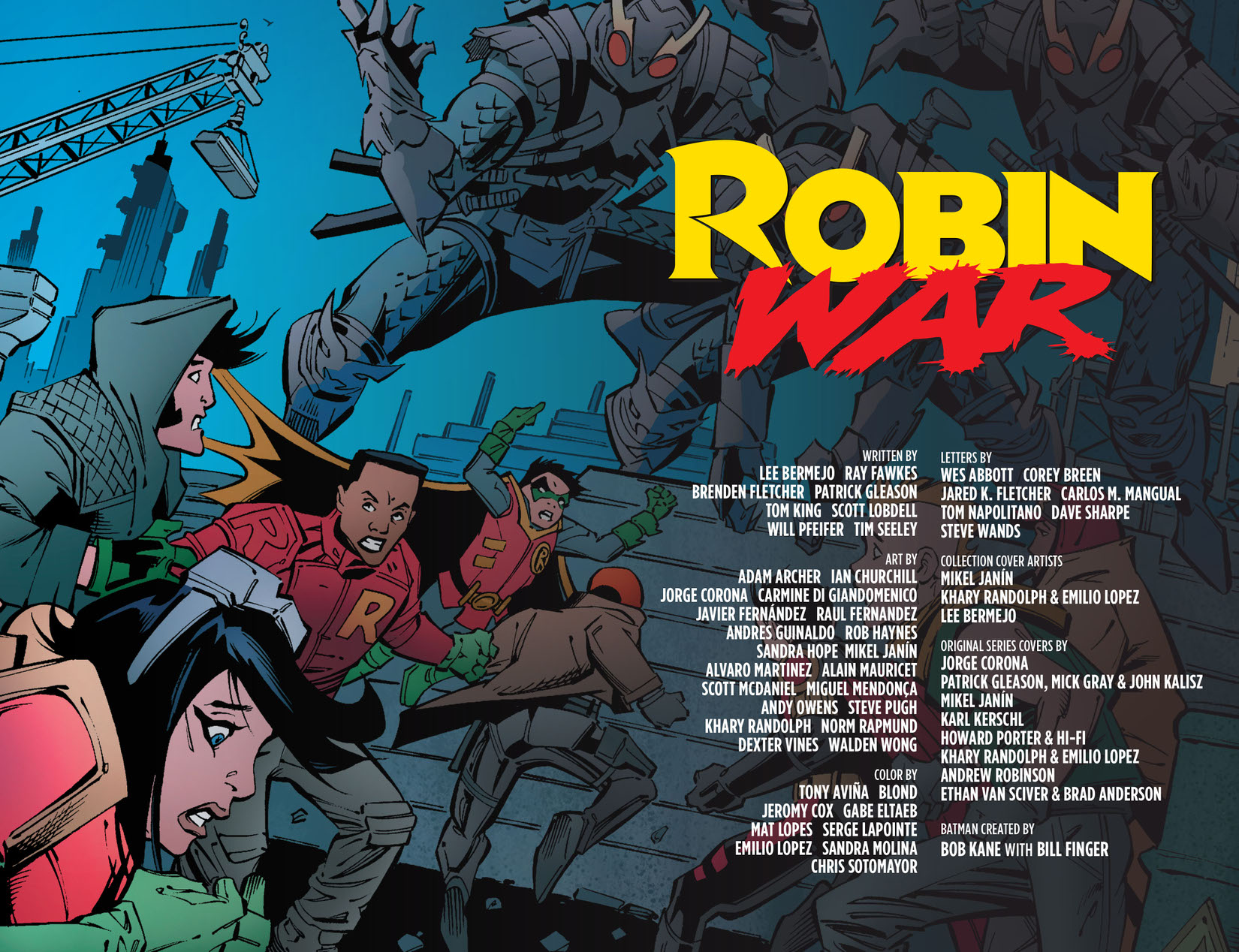 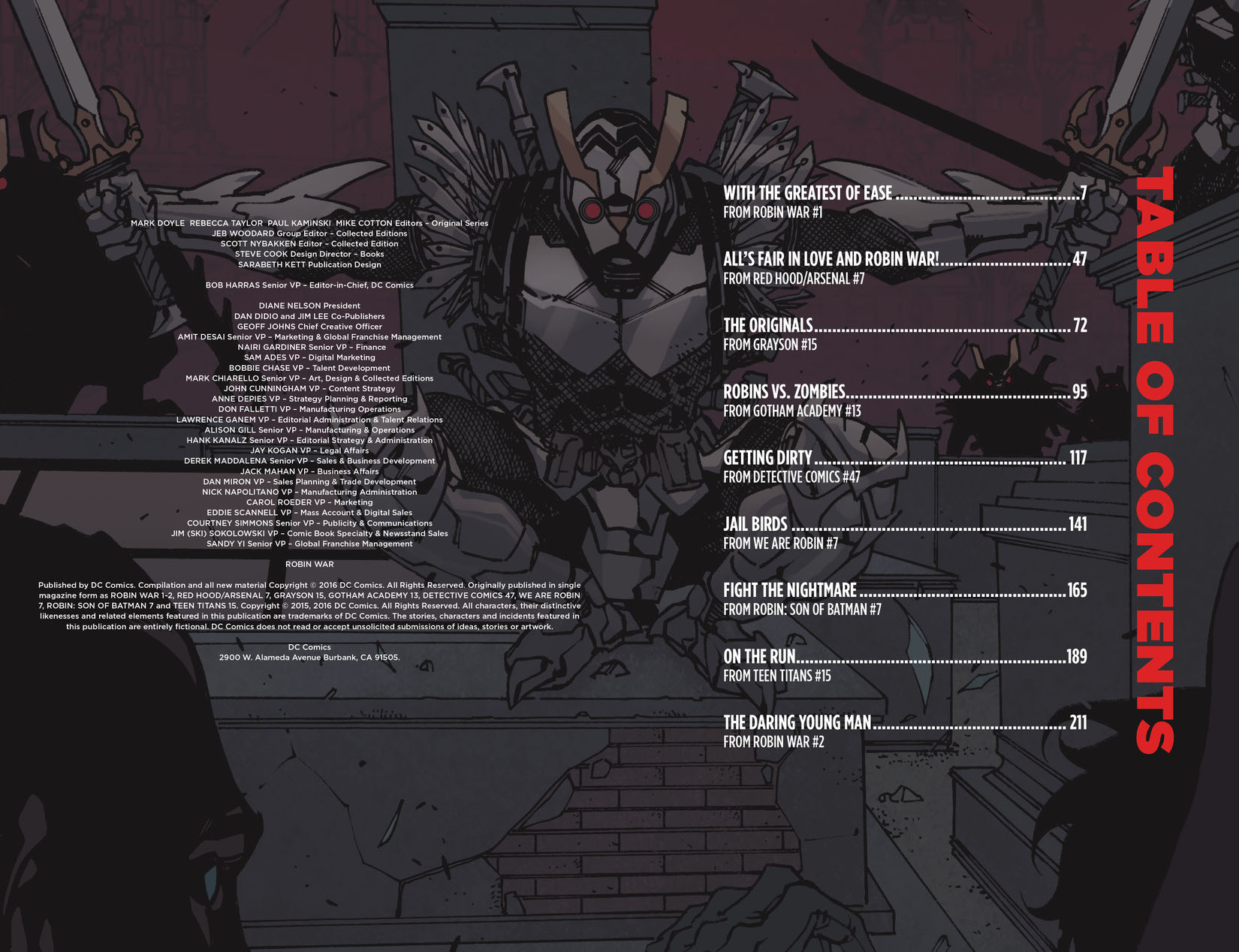 From some of the most popular talents at DC Comics, including Peter J. Tomasi, Tom King, Lee Bermejo, Tim Seeley, Patrick Gleason and Brenden Fletcher, ROBIN WAR brings together the Dark Knight's sidekicks-past and present-in an all-out war as the Court of Owls makes their move on Gotham! It's Robins vs. cops! Robins vs. Robins! Robins vs. Batman! And Robins vs. the Court of Owls?! Damian Wayne returns to Gotham City, and he is not happy. There are kids all over the city calling themselves “Robin,” Bruce Wayne is no longer Batman and the GCPD, led by the new, armored-up Batman, is cracking down on anybody wearing the “R.” And things only get worse when Red Hood, Red Robin and Grayson all come back to Gotham City. Will the Robins destroy each other before they can save their hometown? Collects ROBIN WAR #1-2, ROBIN: SON OF BATMAN #7, GRAYSON #15, DETECTIVE COMICS #47, WE ARE ROBIN #7, GOTHAM ACADEMY #13, RED HOOD/ARSENAL #7 and TEEN TITANS #15.