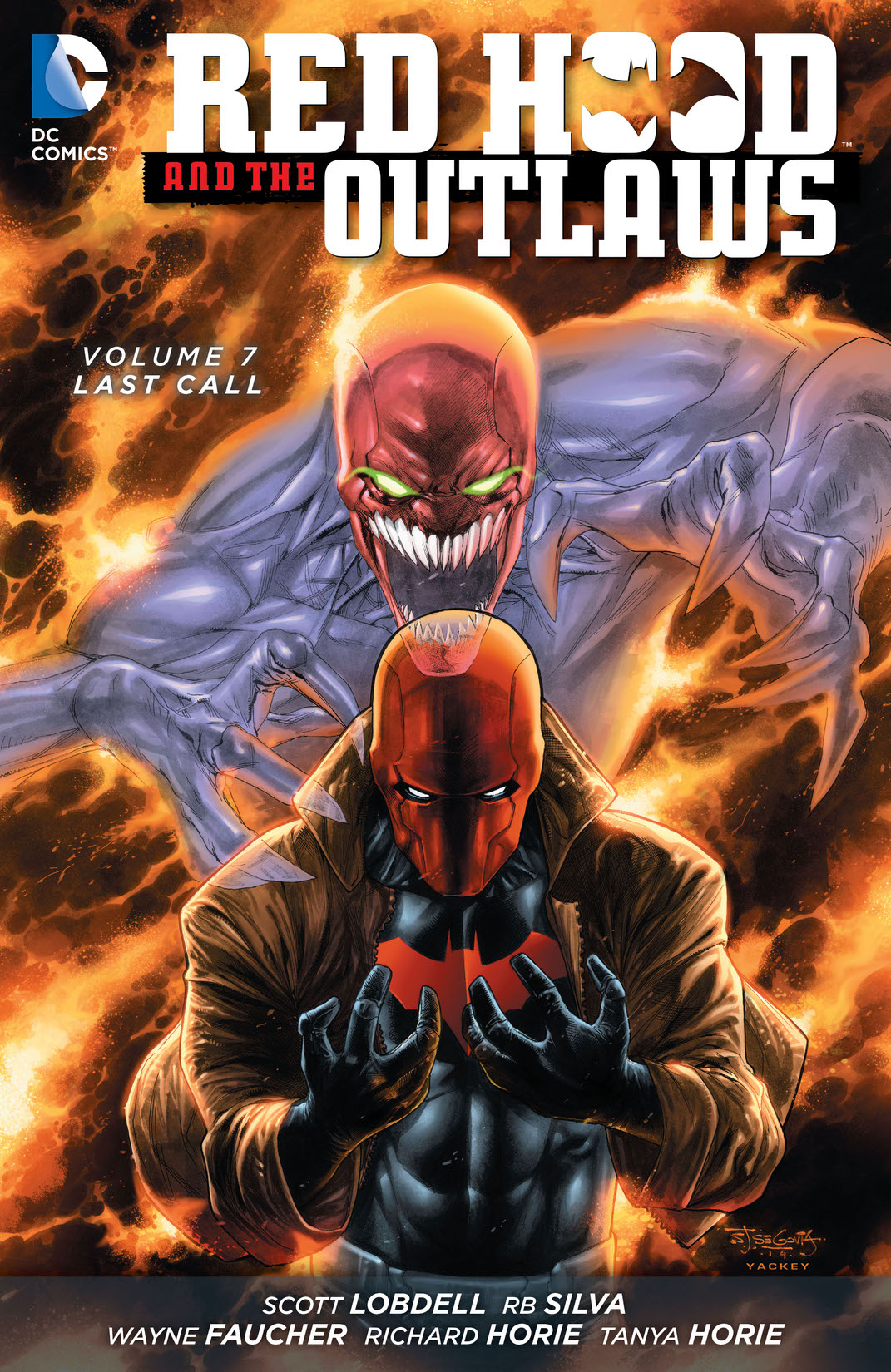 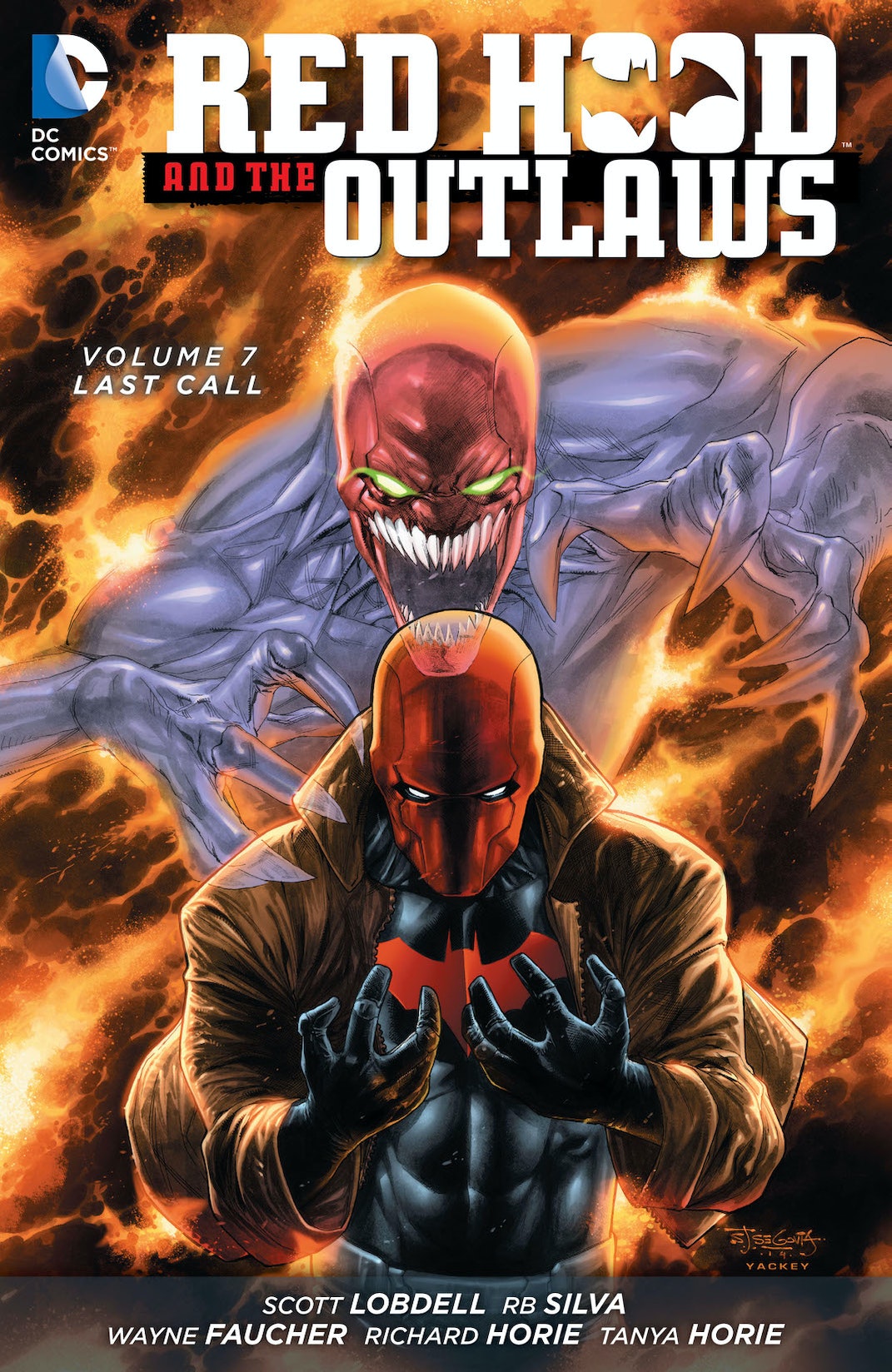 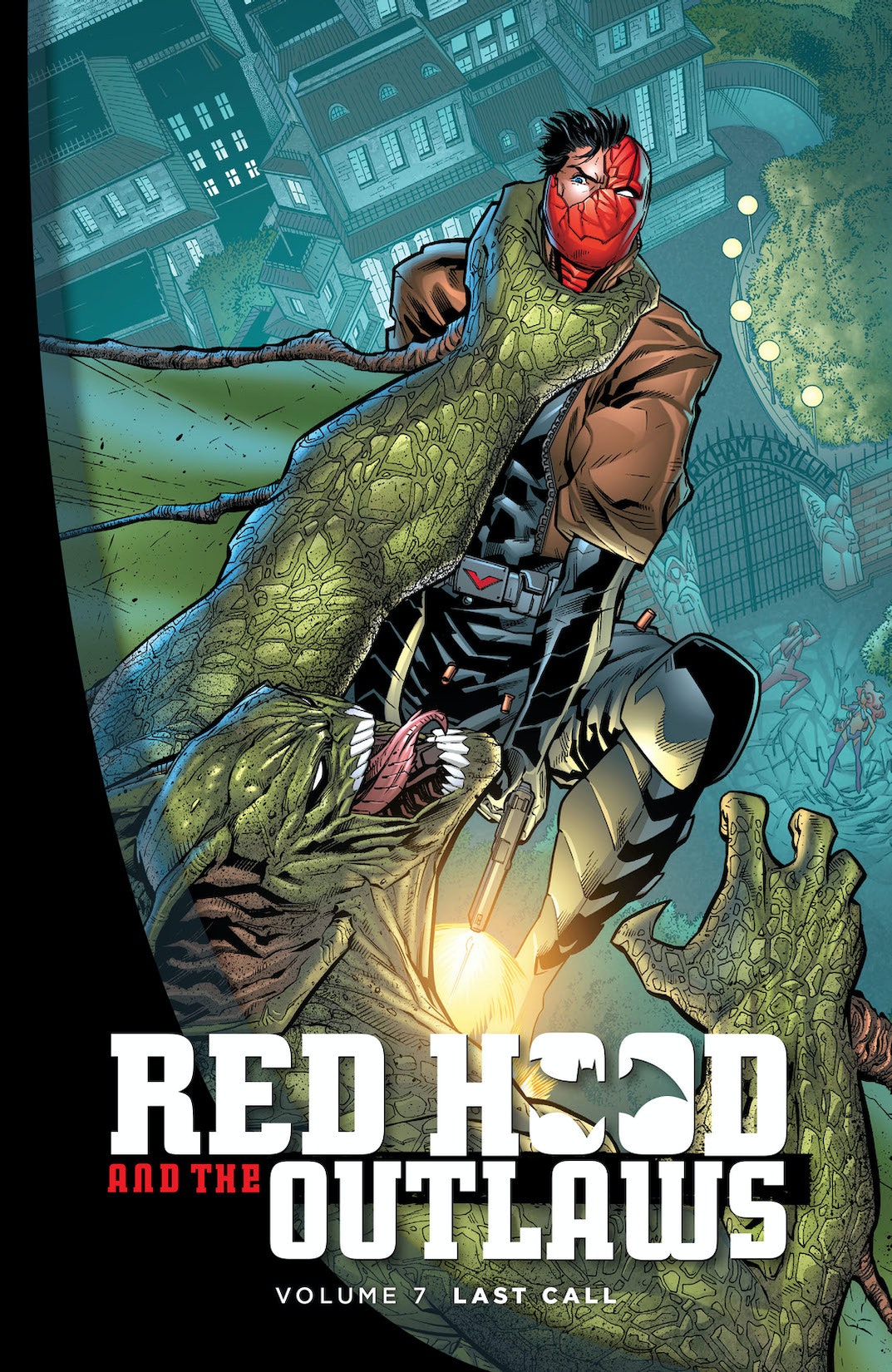 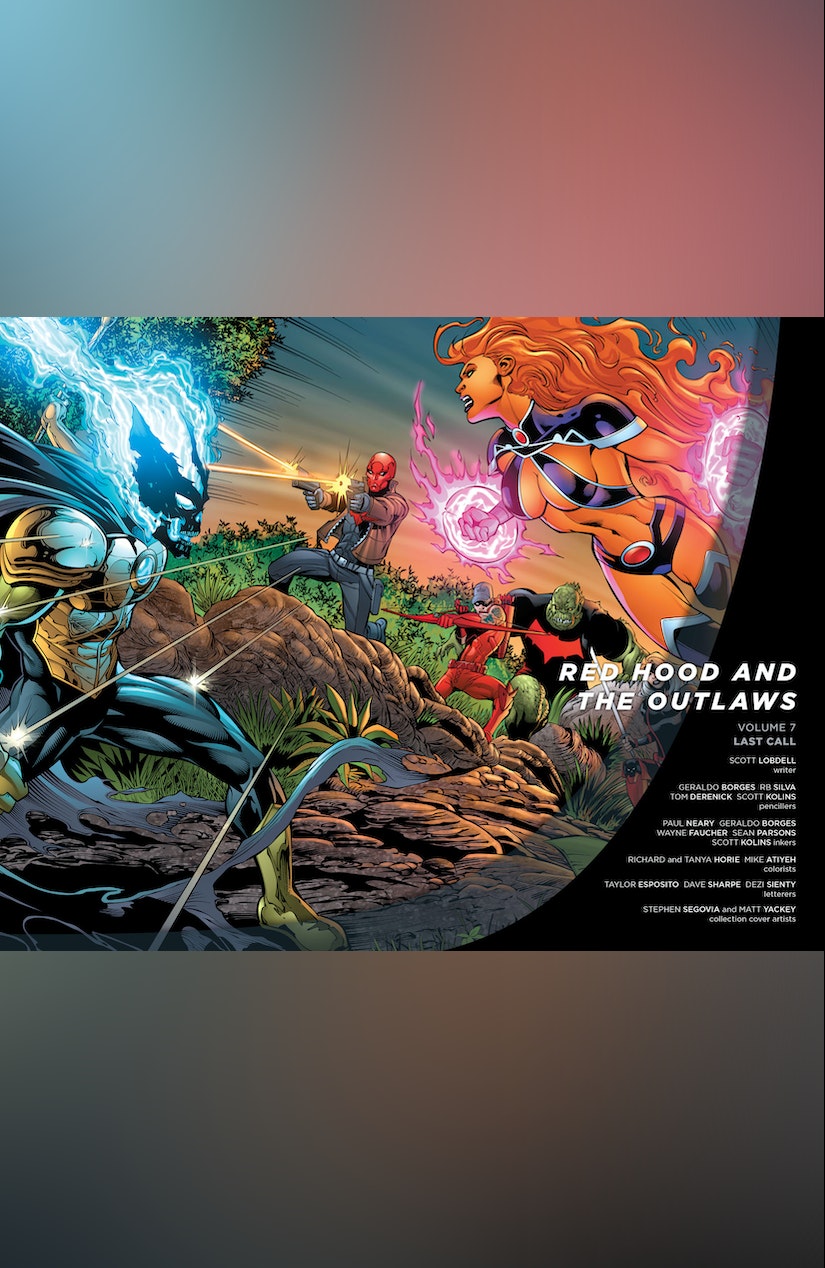 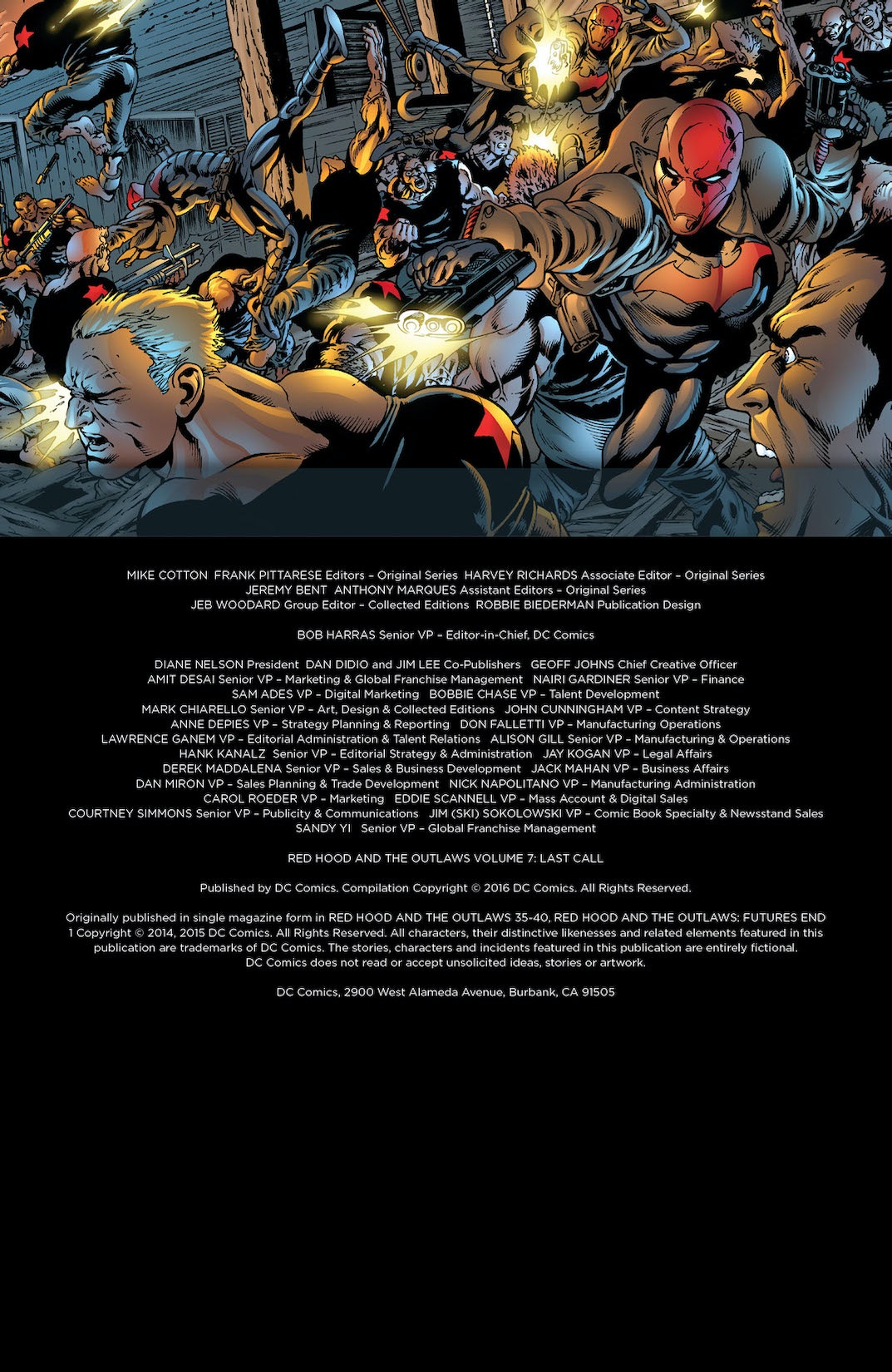 The Outlaws get ready for their final battle! Something is terribly wrong with Princess Koriand'r. A secret from her past, from before she was Starfire, recently came to light on Earth. Strung out on alien drugs, she loses control of her temper and her powers-and Arsenal is the one who gets burned! The whole planet is at risk, as the intergalactic empire called the Citadel has arrived on Earth; and their leader has an intimate connection to Starfire herself-a blood connection! With one teammate missing and the other in the hospital, Red Hood must make a desperate move to bring the Outlaws back together. Writer SCOTT LOBDELL (TEEN TITANS) and artists RB SILVA (SUPERBOY), WAYNE FAUCHER (STORMWATCH) and others take the Outlaws on their ultimate adventure in RED HOOD AND THE OUTLAWS Vol. 7: LAST CALL, collecting RED HOOD AND THE OUTLAWS #35-40 and RED HOOD AND THE OUTLAWS: FUTURES END #1!