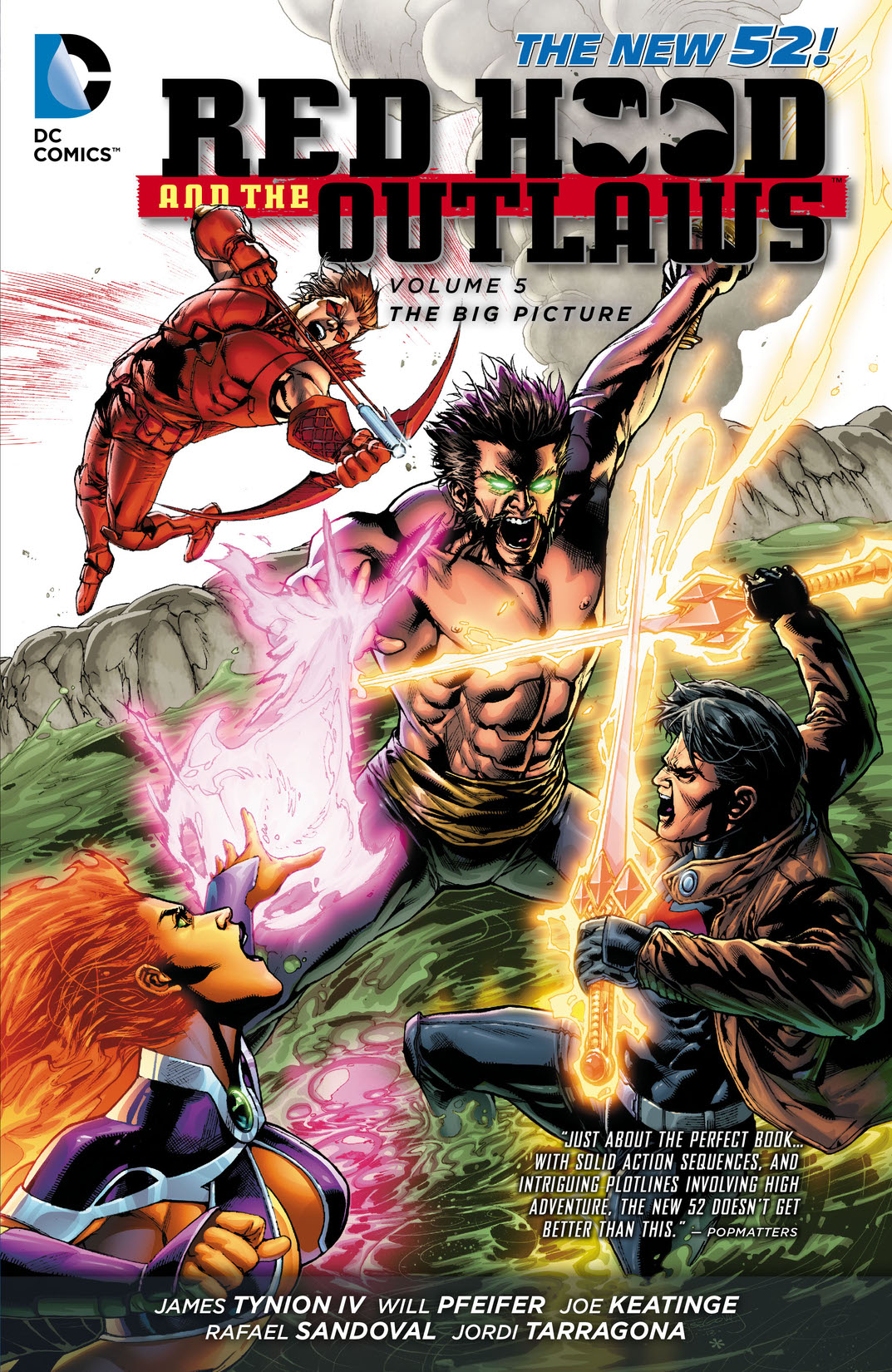 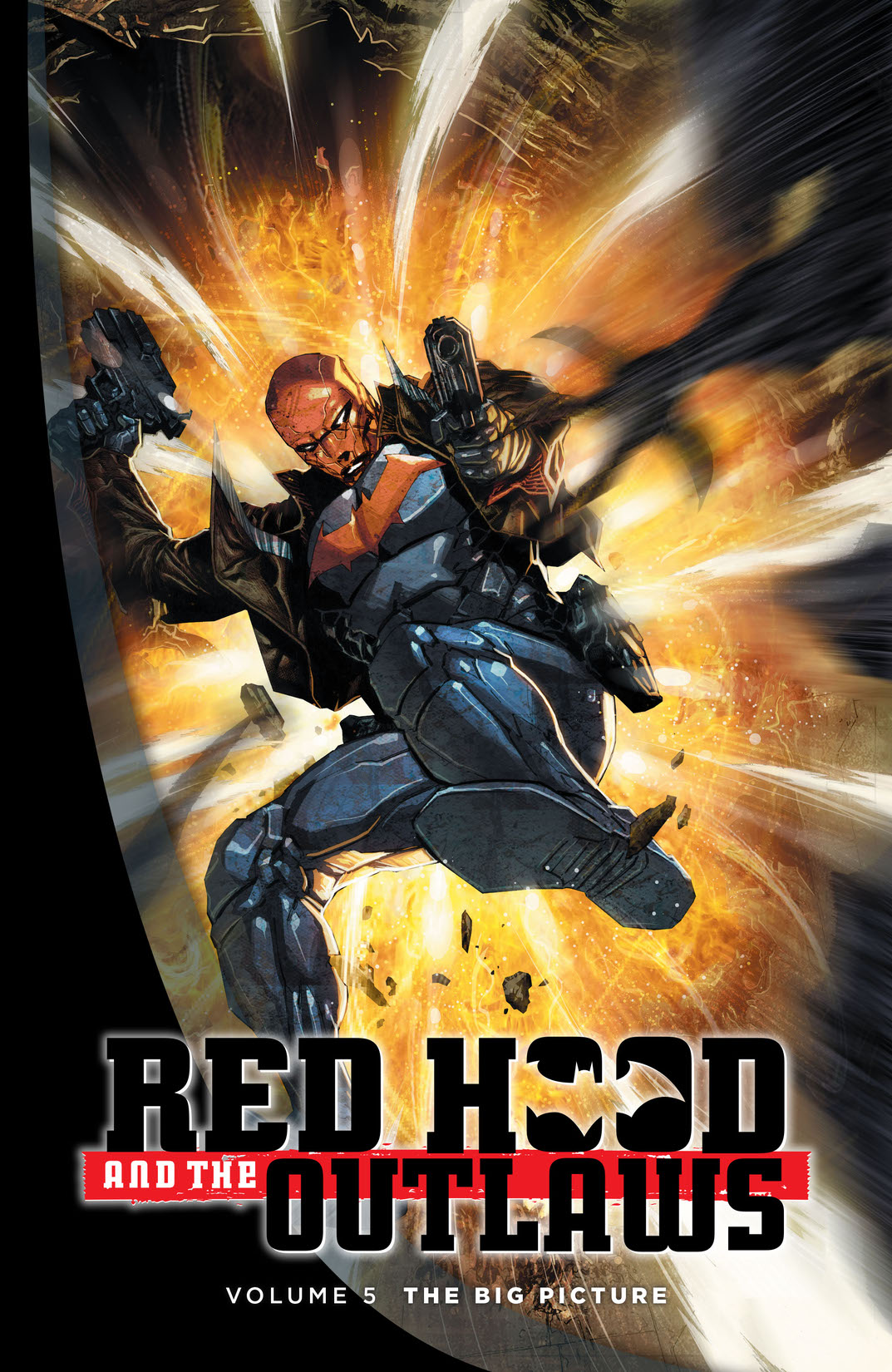 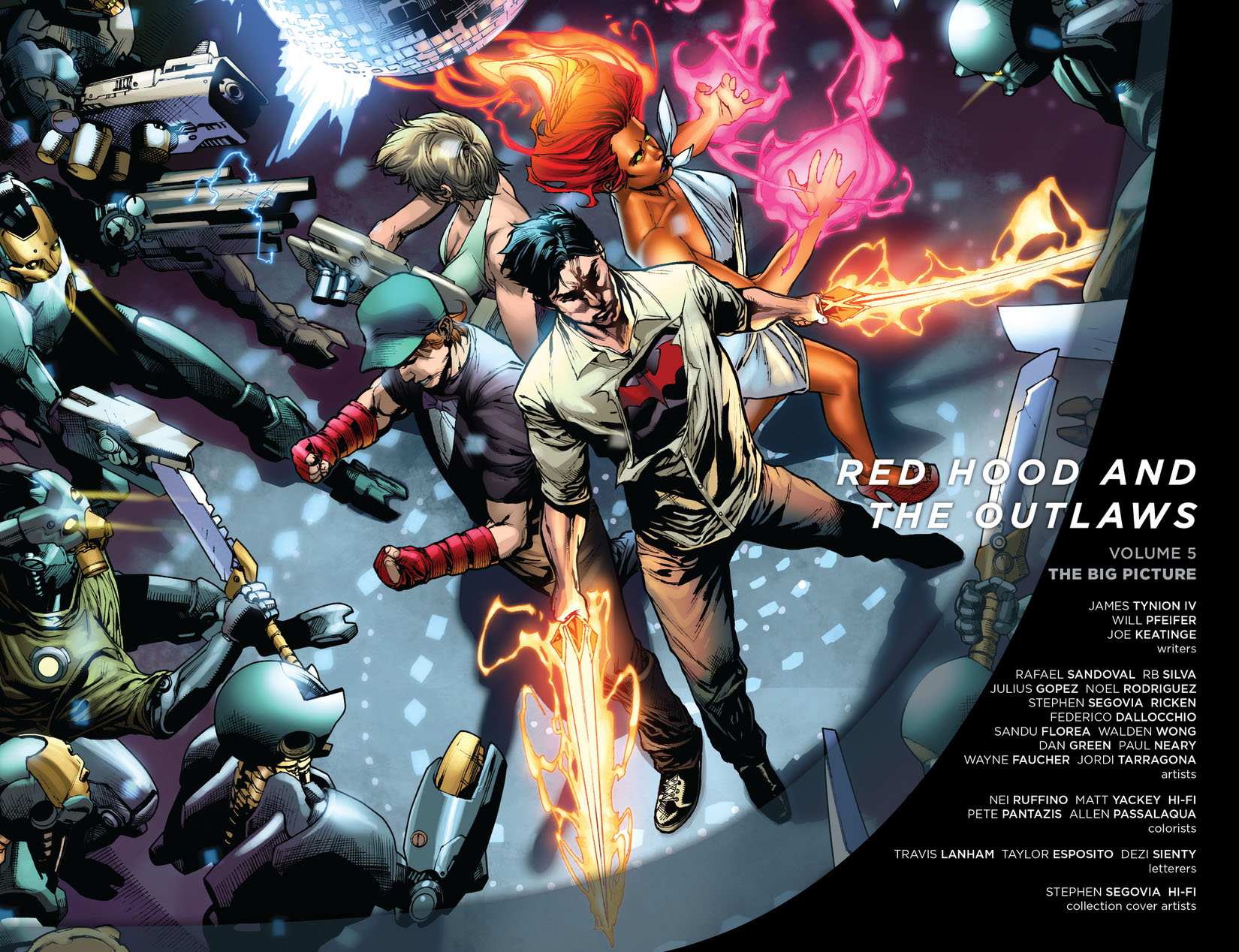 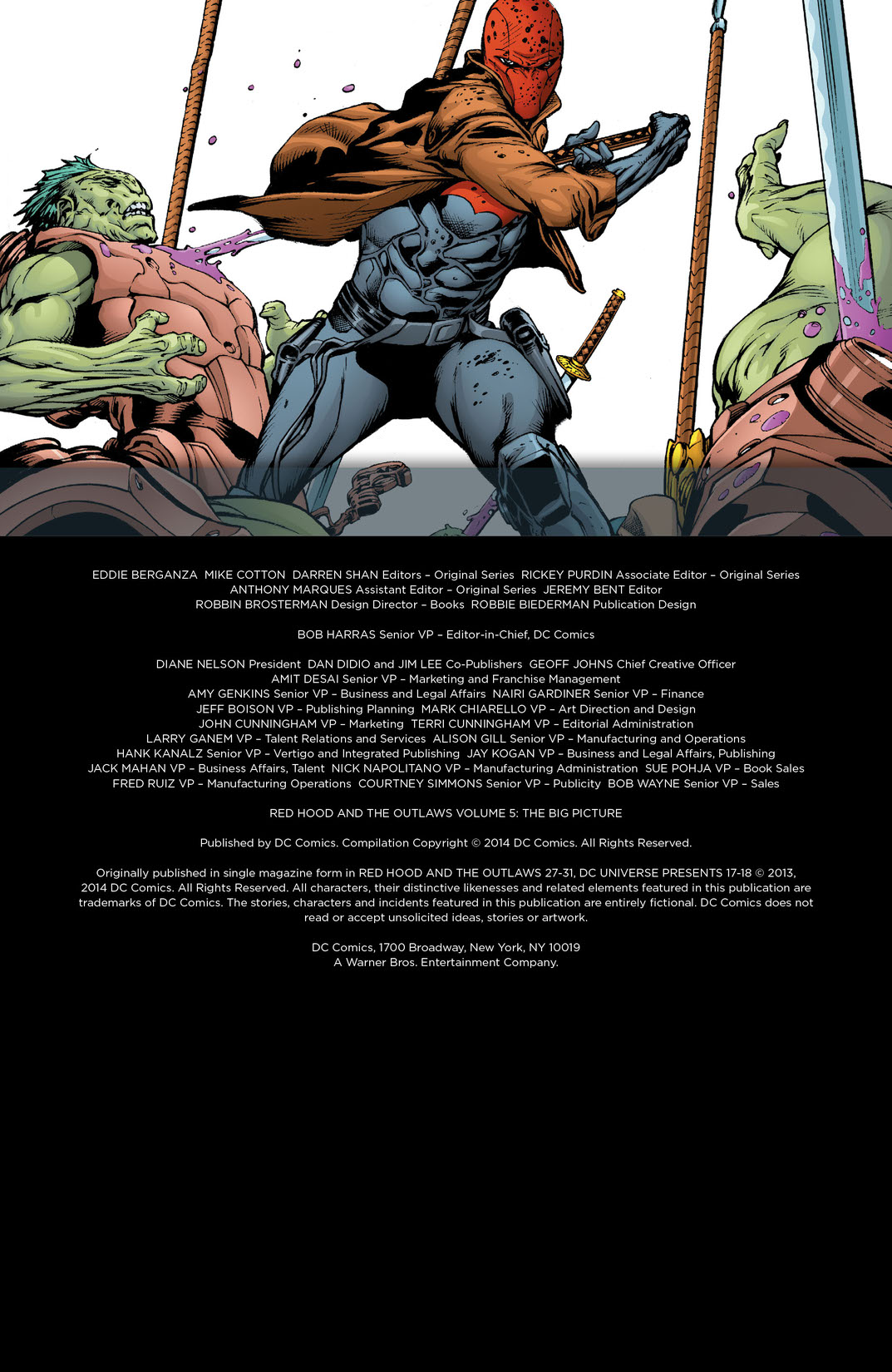 A warrior princess. A weapons master. A resurrected Robin. Starfire, Arsenal, and Red Hood – the Outlaws – have come by their heroism the hard way. They've been beaten down, cast out, even killed. That's what makes some of the most powerful criminals in the world, even the universe, underestimate them. And that's a big mistake. The terrorist mastermind called Ra's al Ghul, whose endless life has long been intertwined with the Red Hood's, is gunning for the power of a god. A secretive crimelord who built his enormous fortune by slaughtering wealthy families down to the last heir is preparing an ambush. And in the deeps of space, an indescribably deadly warlord is testing a weapon that could destroy all life on earth with a touch of a button. This madman — this Main Man — is known simply as Lobo. But to Red Hood and the Outlaws, he's just the next challenge to take down…or die trying… Writers James Tynion IV (BATMAN ETERNAL) and Will Pfeifer (TEEN TITANS) join a team of talented artists for RED HOOD AND THE OUTLAWS VOL. 5: THE BIG PICTURE—pitting the toughest team in the New 52 against their biggest foes to date! Collects issues #27-31 and DC UNIVERSE PRESENTS #17-18.