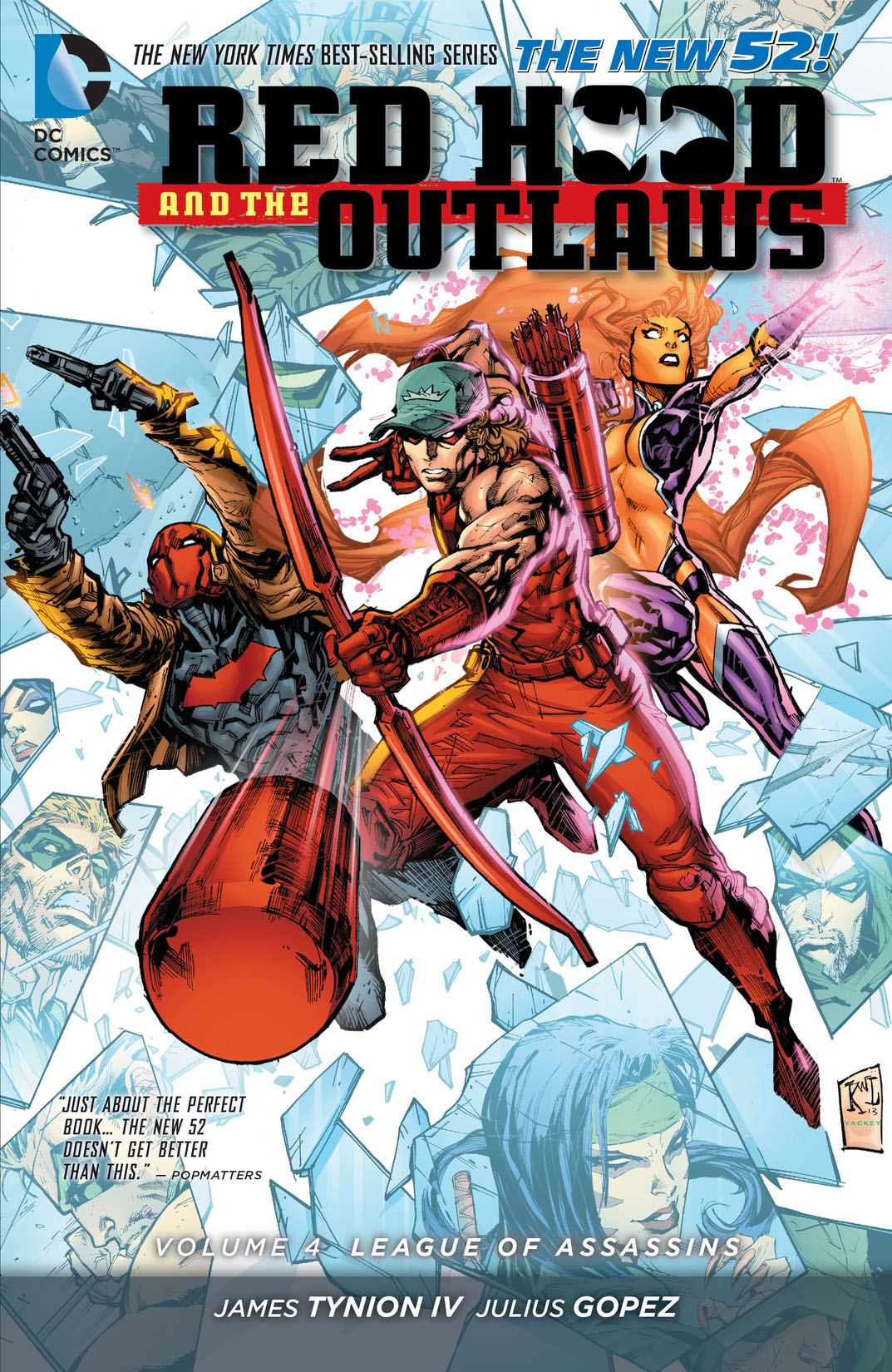 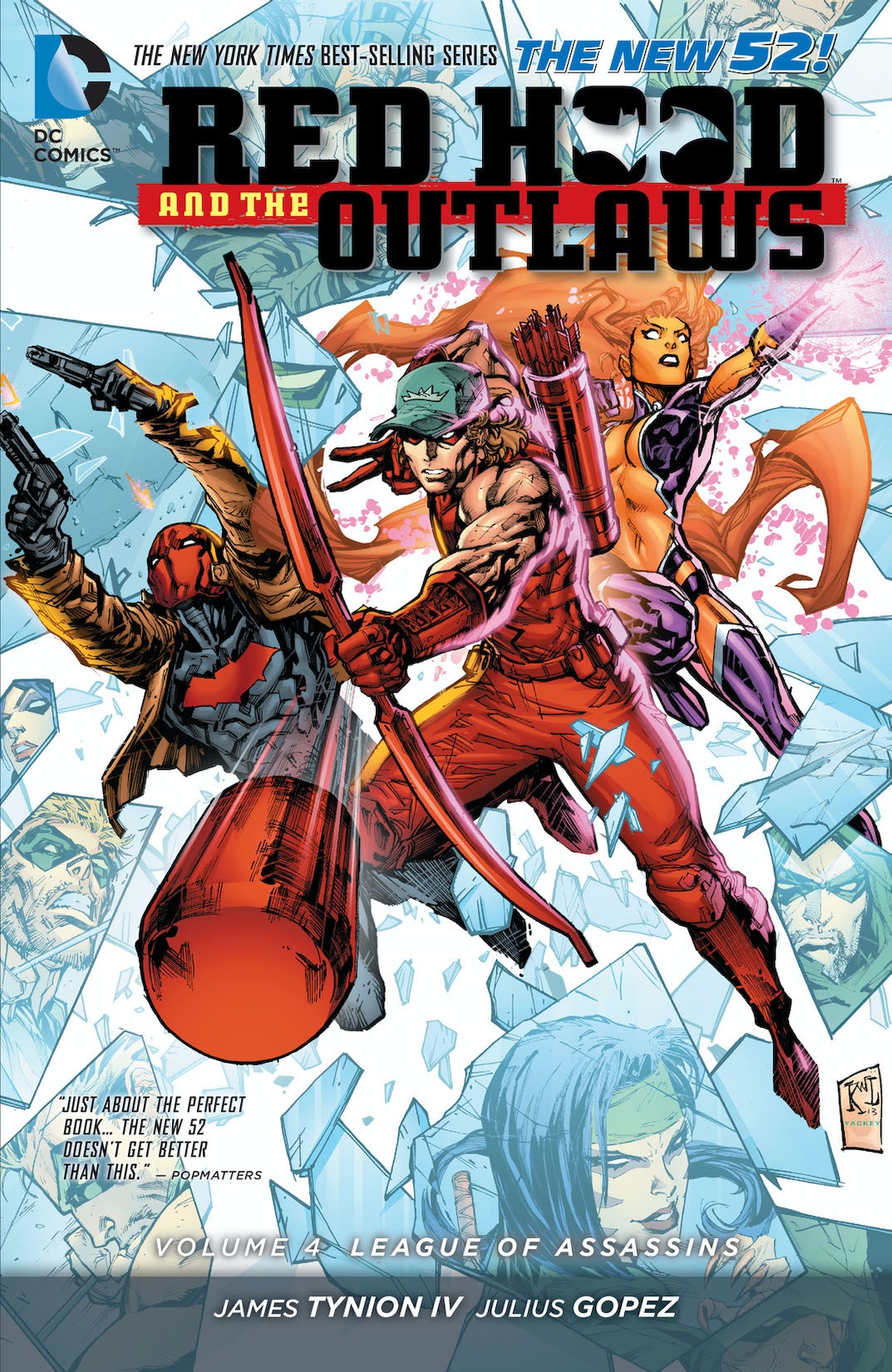 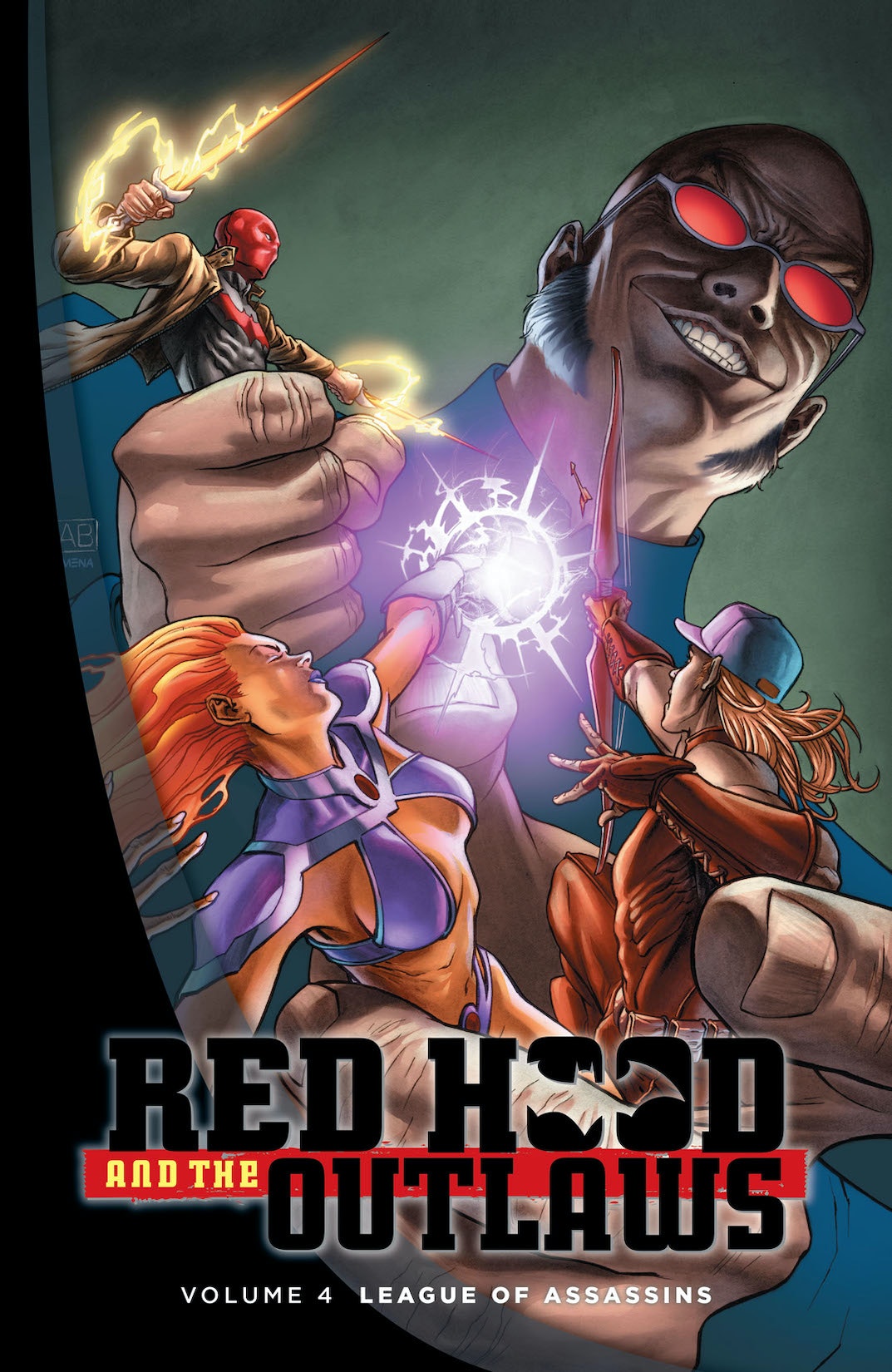 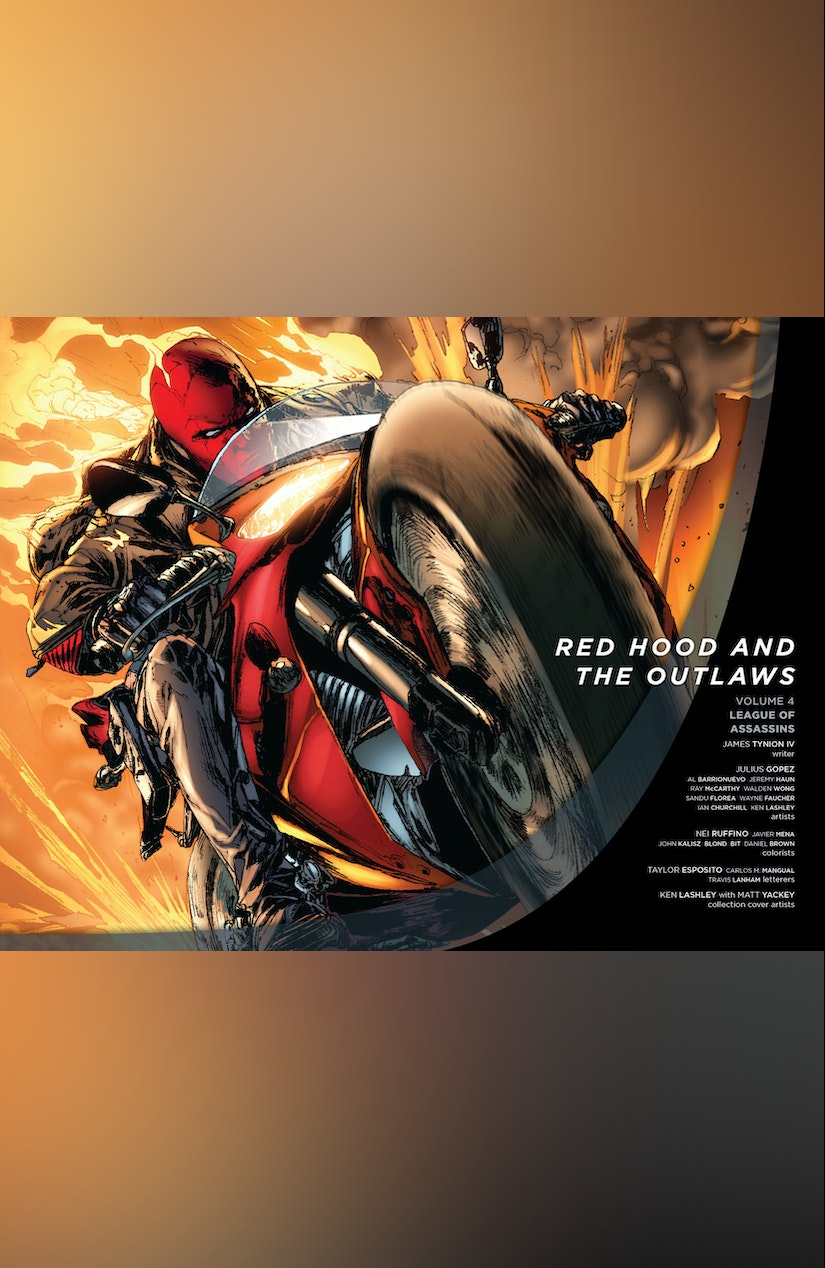 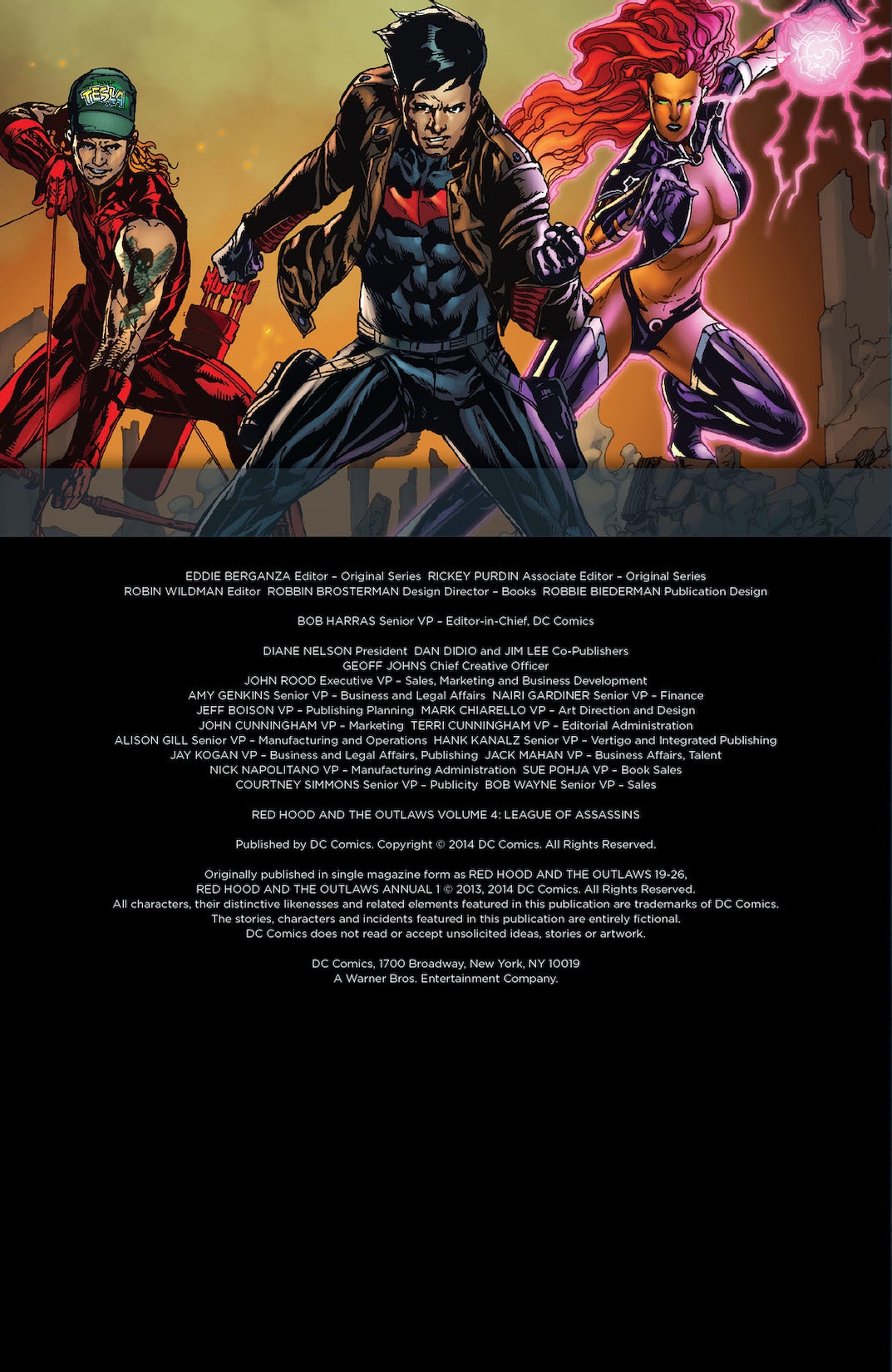 Red Hood and the Outlaws Vol. 4: League of Assassins

Red Hood and the Outlaws Vol. 4: League of Assassins

Jason Todd no longer exists. At least, not the Jason Todd who was a friend and ally to Starfire and Arsenal. That man is gone, his memories wiped clean following a shattering confrontation with Batman and the Joker. Now, the man once called the Red Hood is looking for a fresh start. But dark forces are looking for him. The nameless entities of evil called the Untitled are massing their power, ready to plunge the world into darkness. Only one group stands in their way, an organization every bit as evil: The League of Assassins, criminal mastermind Ra's al Ghul's army of murderers and thieves. But the League needs a leader - a leader resurrected in a Lazarus Pit and trained by the best killers alive. The League of Assassins needs Jason Todd. But so do Arsenal and Starfire. Will they be forced to destroy their friend in order to save him? Bonds are tested, betrayals are revealed, and the battle of a lifetime begins in RED HOOD AND THE OUTLAWS: LEAGUE OF ASSASSINS (collecting RED HOOD AND THE OUTLAWS #19-25 and Annual #1), from James Tynion IV, Julius Gopez, Al Barrionuevo, Ray McCarthy, Walden Wong and Jeremy Haun!