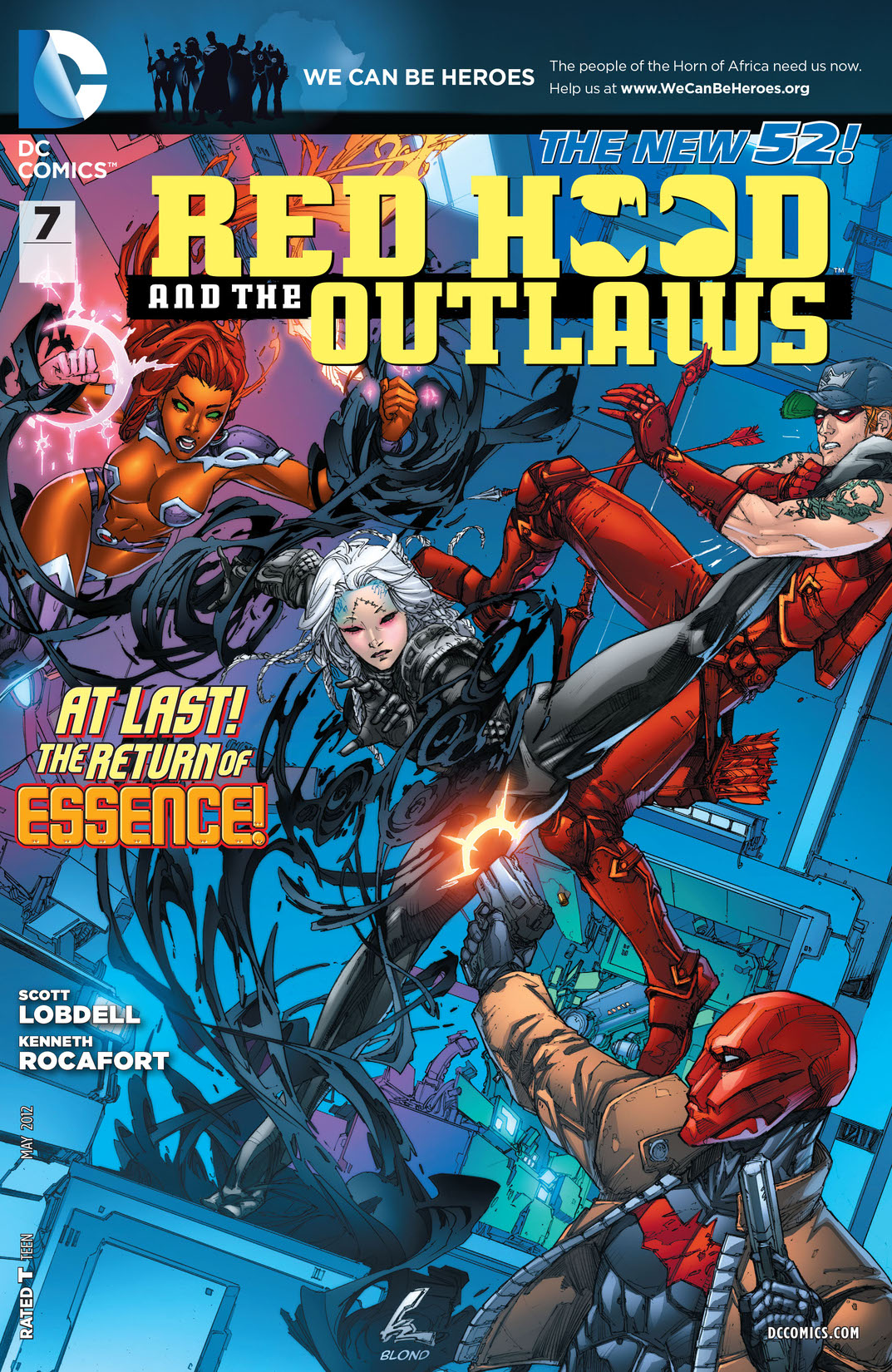 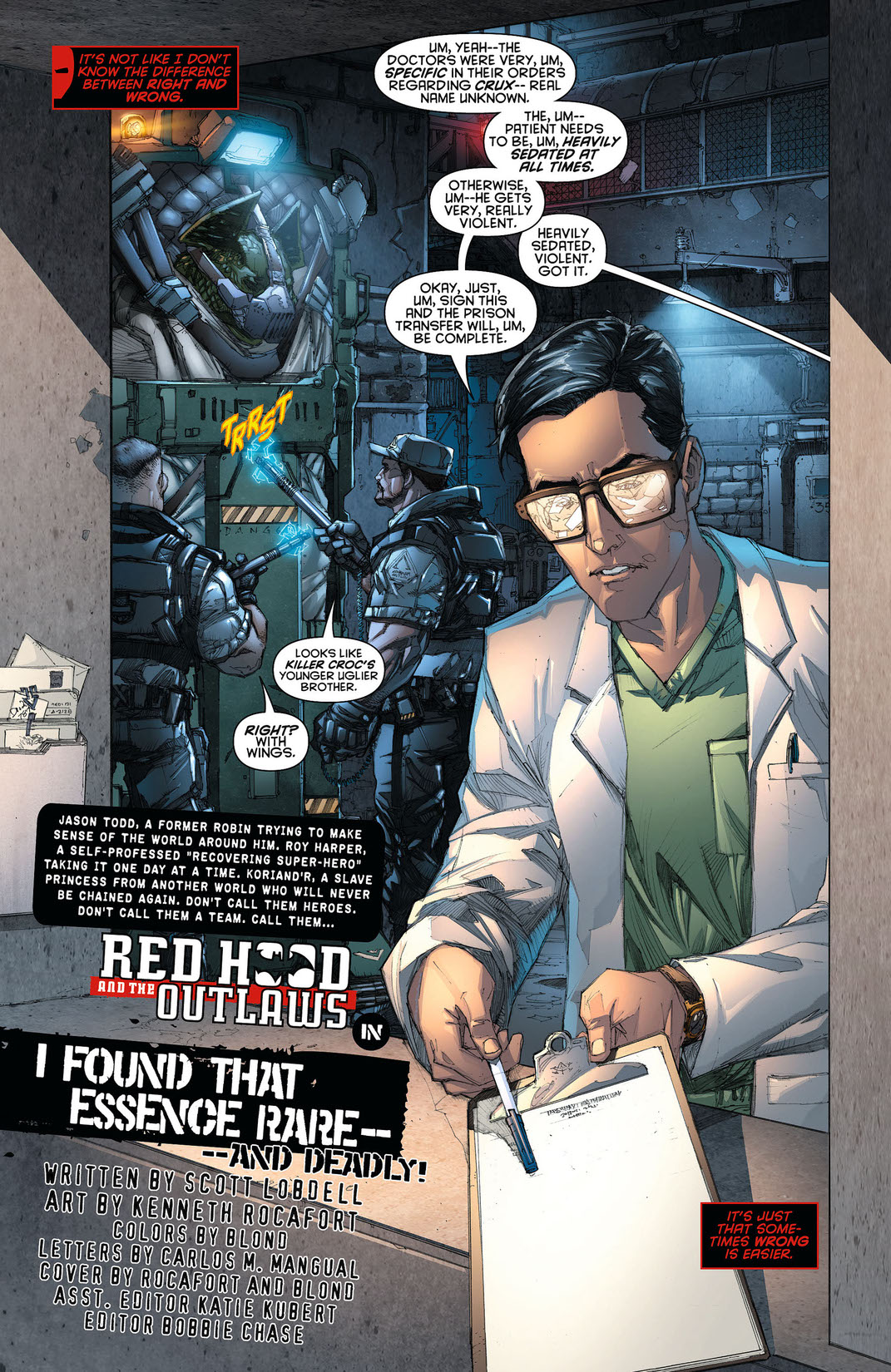 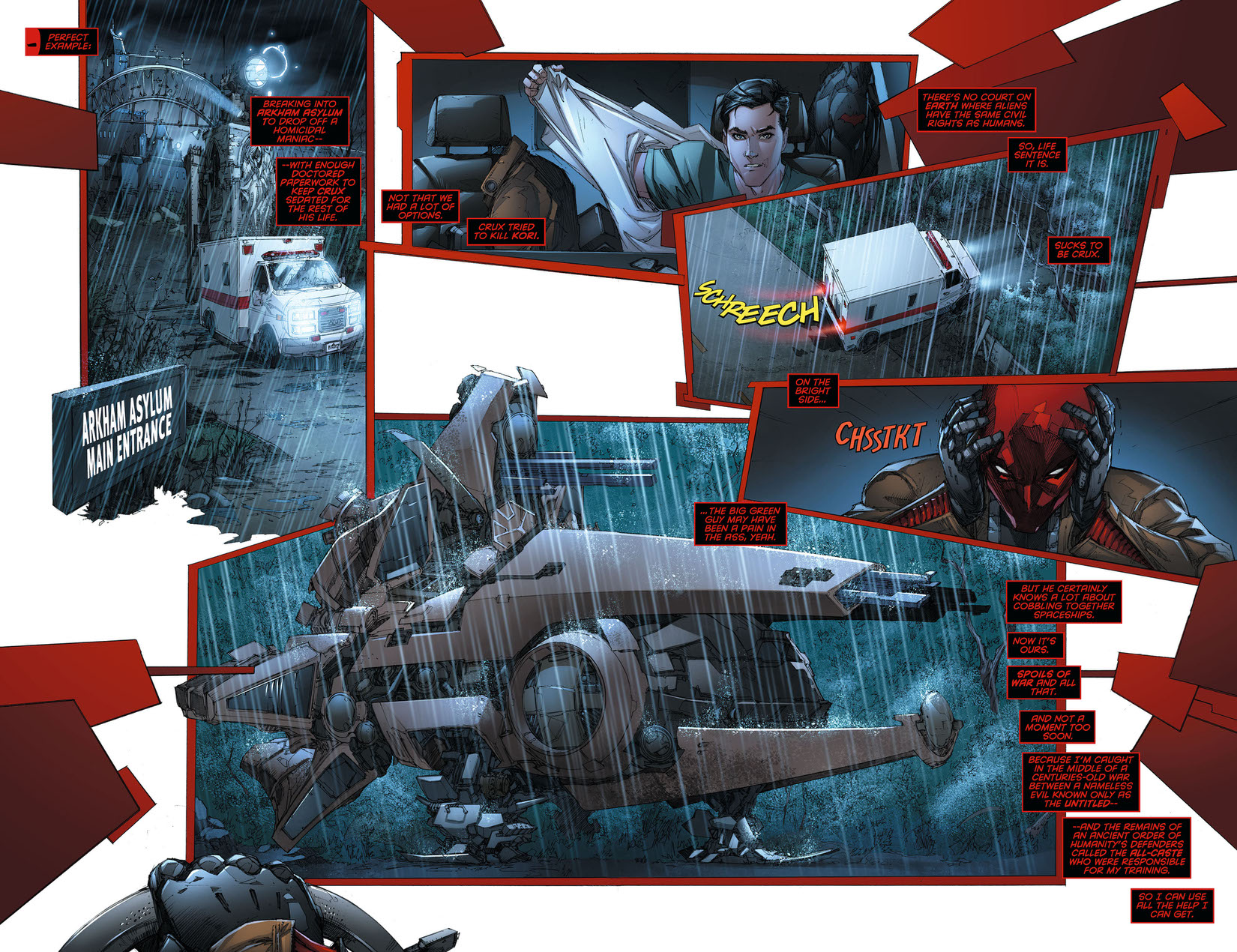 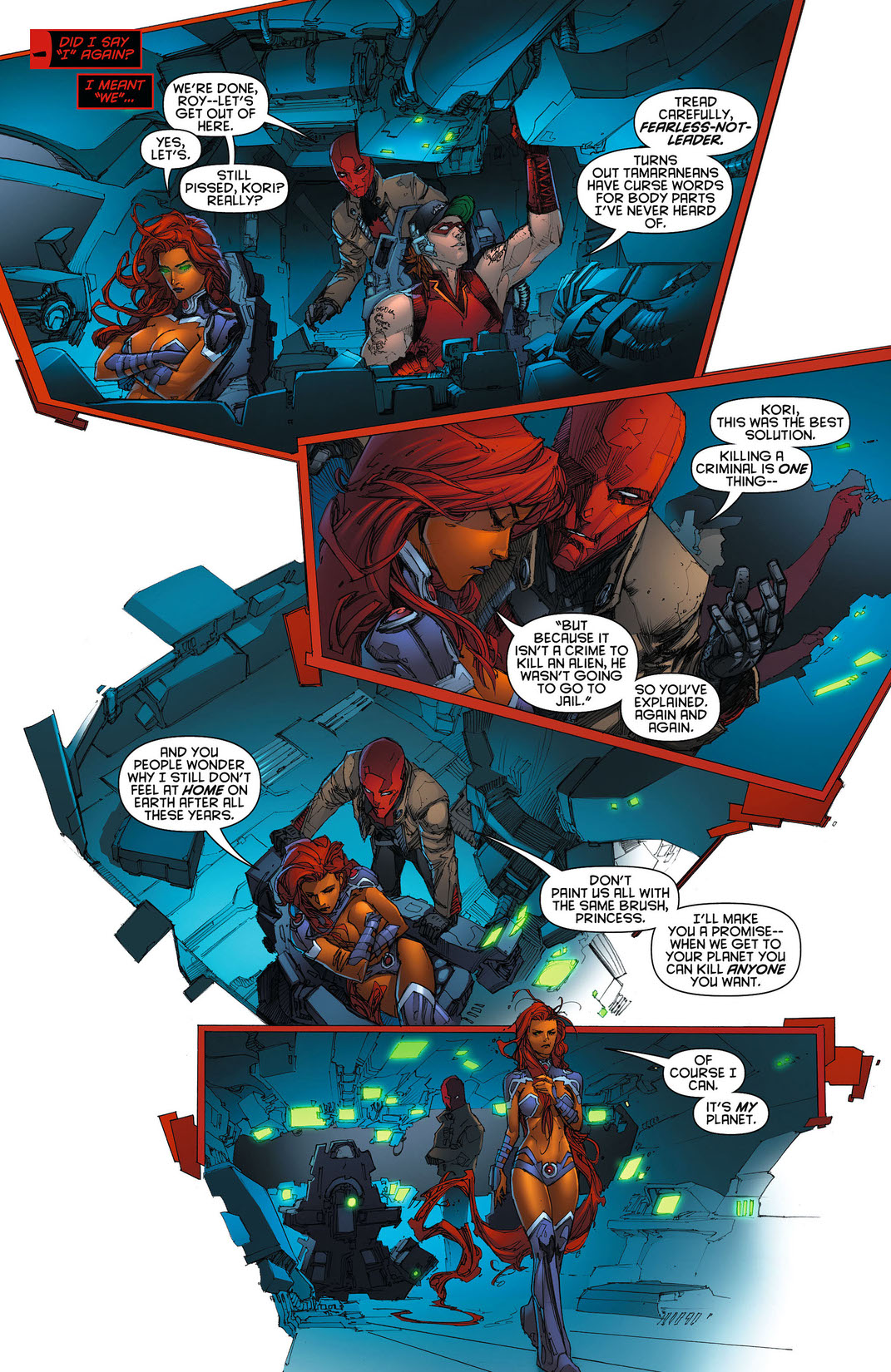 Red Hood is convinced that the super assassin Essence set him up in his battle against the Untitled...and Arsenal and Starfire are prepared to help him get some payback! Plus: the trio learns that the super-villain known as Crux might be a kindred spirit after all!