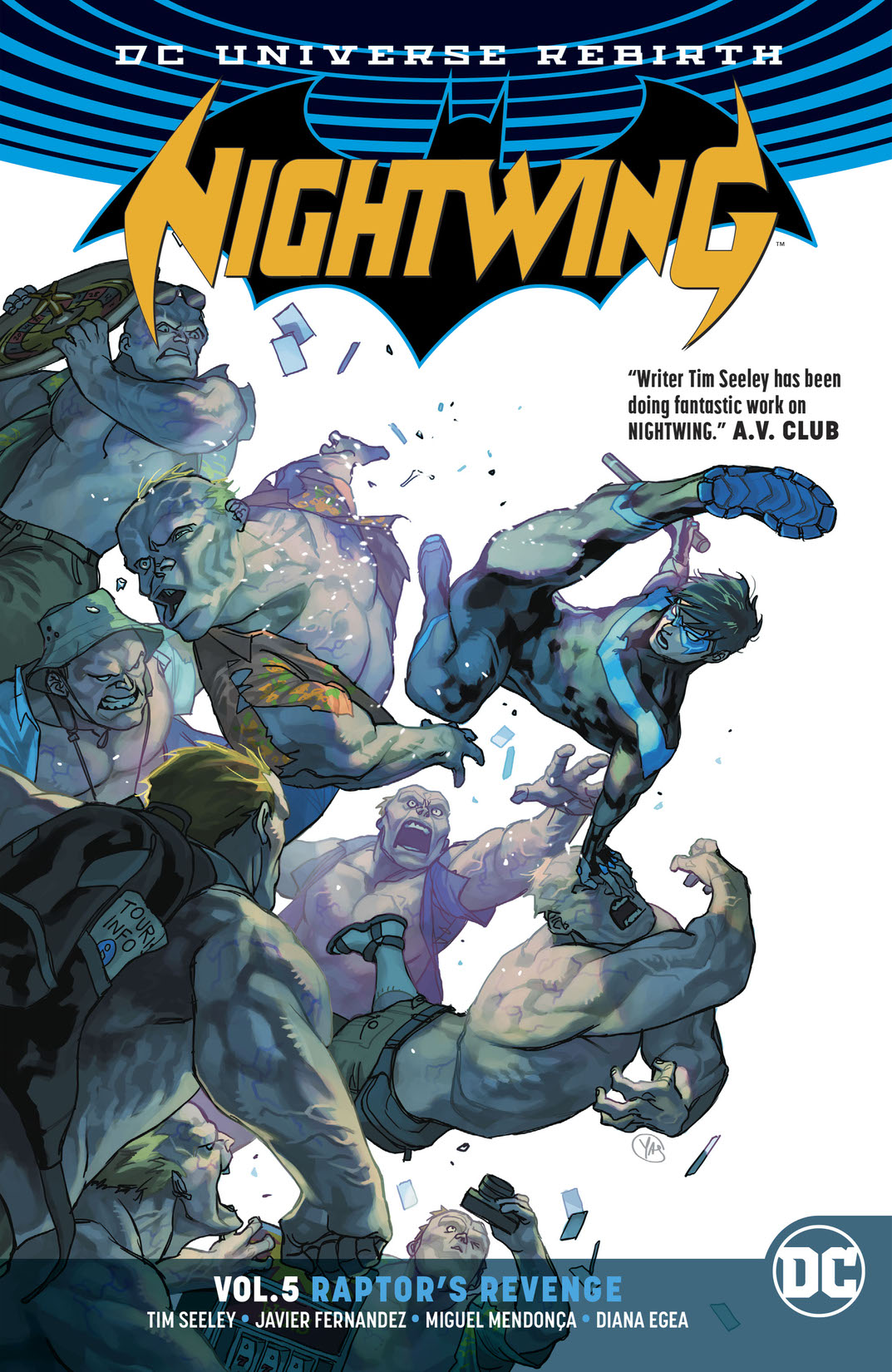 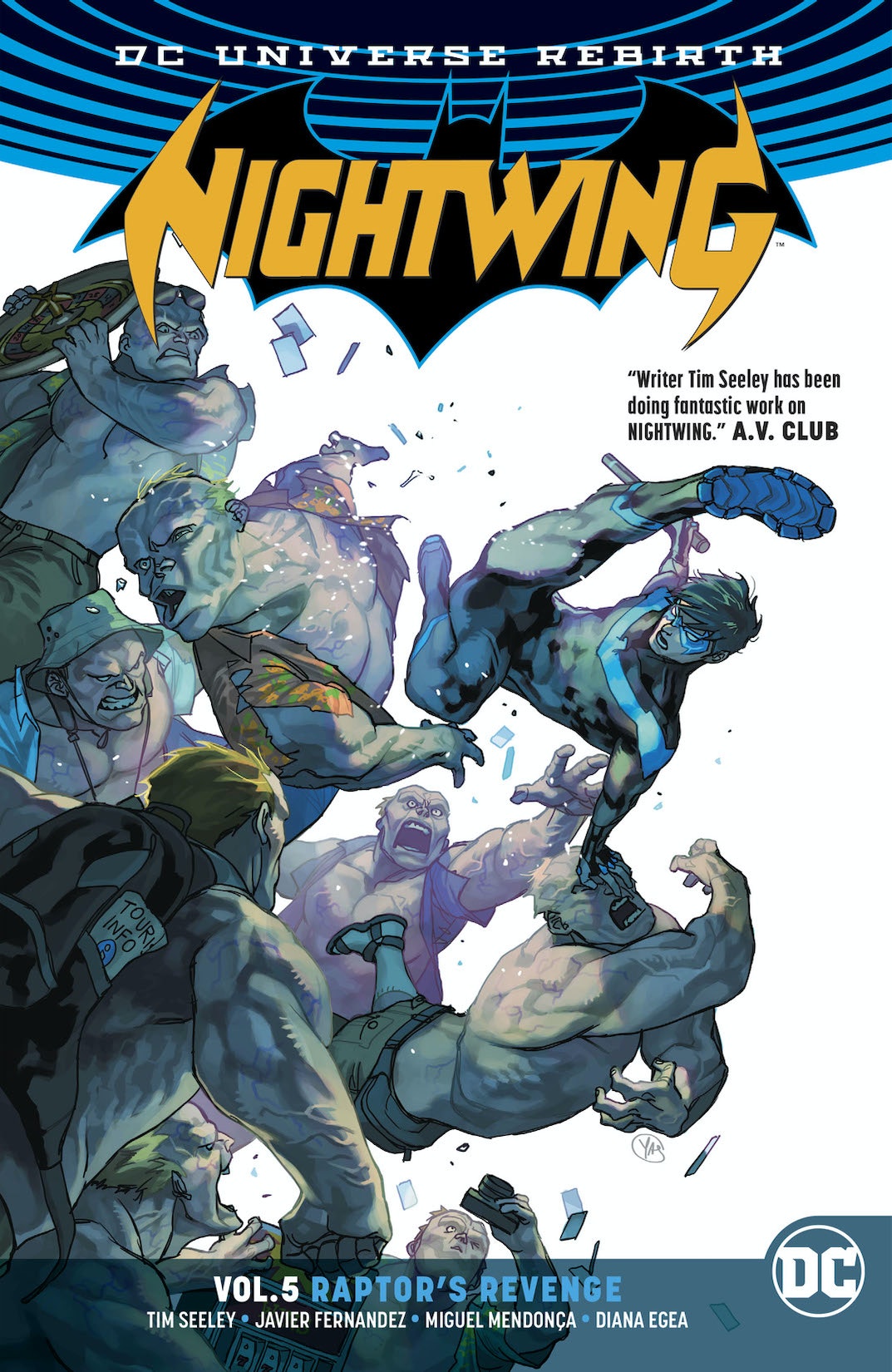 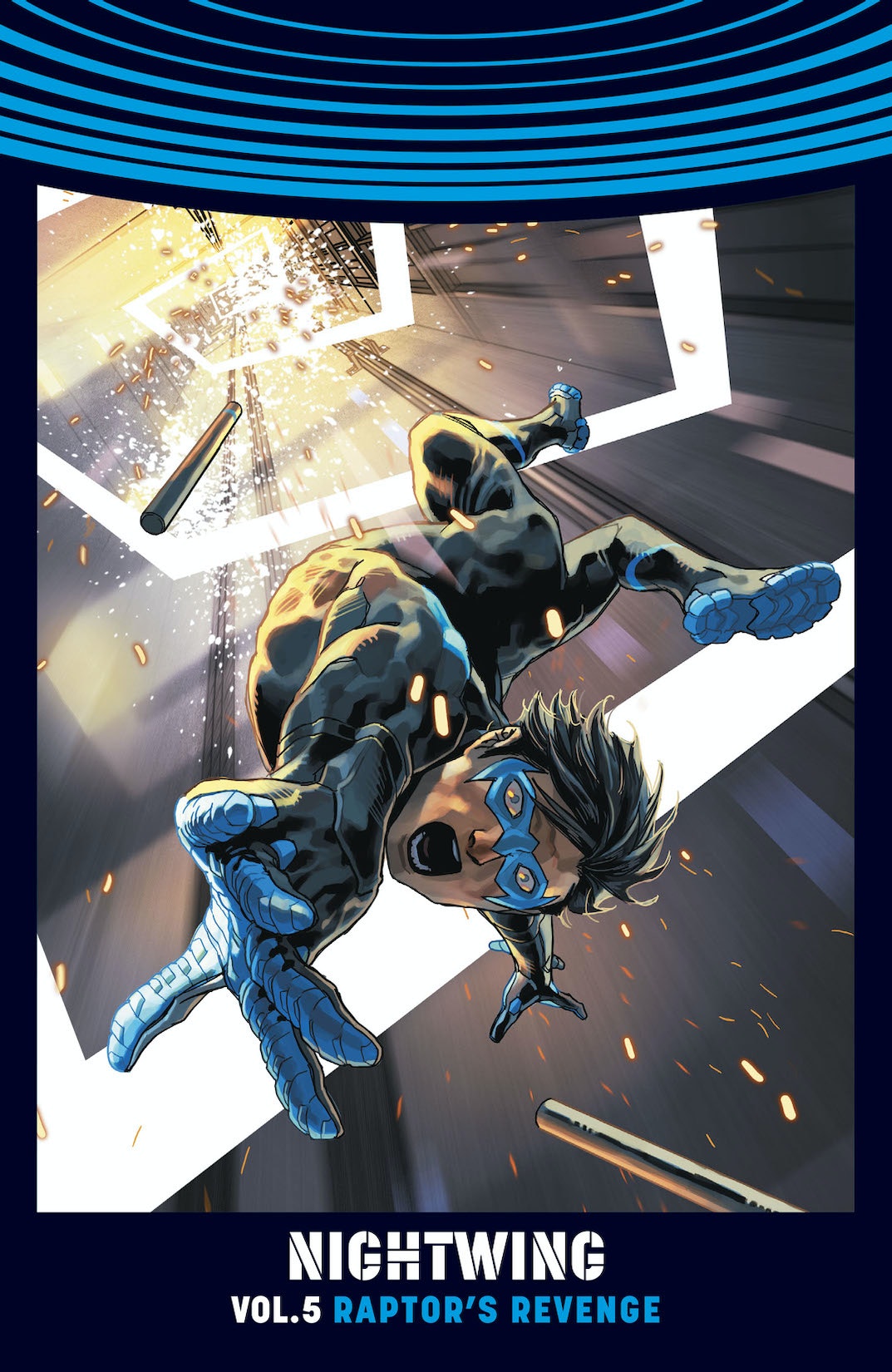 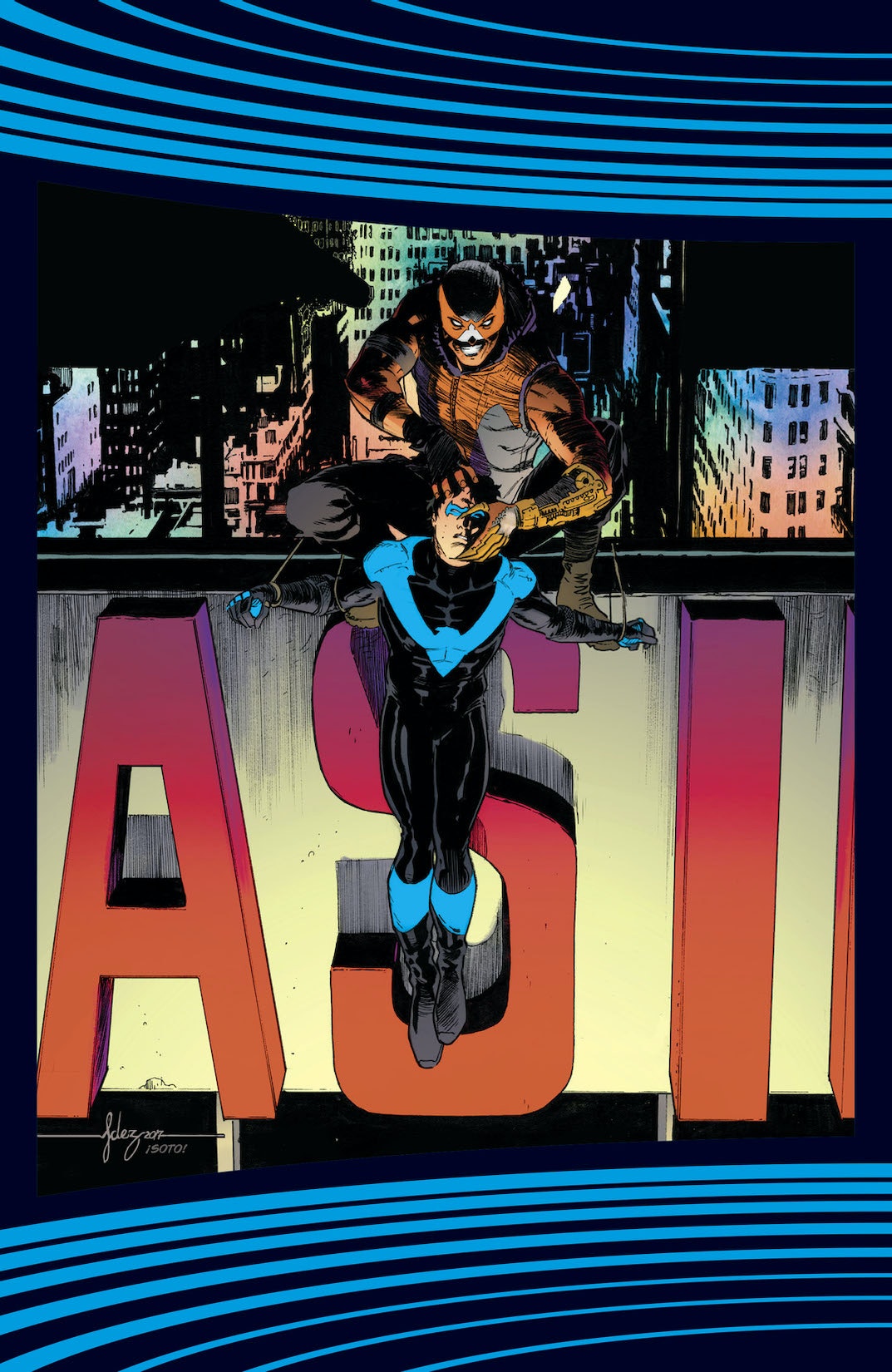 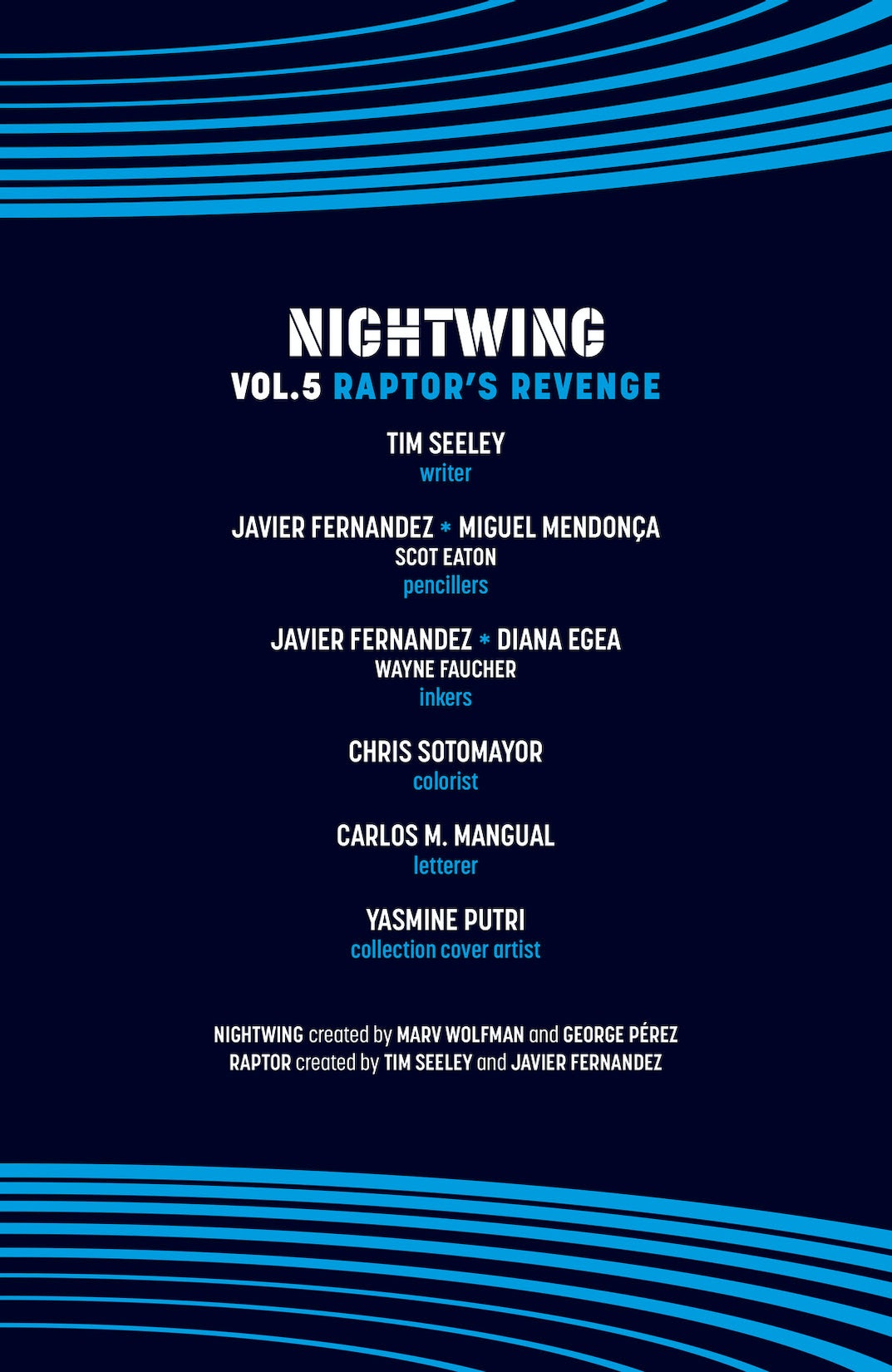 Assassin. Vigilante. Mentor. And now nemesis. From his career as one of the Court of Owls’ hired killers to his stint as Dick Grayson’s wouldbe partner and teacher, the man called Raptor has always been one of the world’s deadliest fighters. And now that Nightwing has rejected his offer, he’s poised to become the greatest foe the blackandblue guardian of Blüdhaven has ever known. But Nightwing has other, older enemies in his adopted hometown. Now he’ll need to count on them as allies. When Raptor’s vendetta threatens the lives of every man, woman and child in the Blüd, Nightwing is forced to turn to the man who hates him most, Blockbuster, for help. It’s a teamup like nothing Nightwing has ever knownas if Batman and The Joker joined forces. That’s exactly what makes the alliance so dangerous. If it succeeds, Raptor will feel victory slip through his talons. But if it fails, the entire city of Blüdhaven will fall… Nightwing Vol. 5: Raptor’s Revenge is a pulsepounding thriller that pits Nightwing against an unforgettable addition to his rogues gallery, from writer Tim Seeley (Batman Eternal) and artists Javier Fernandez (Red Hood/Arsenal), Miguel Mendonça (Wonder Woman) and Diana Egea (Smallville: Season Eleven). Collects Nightwing #3034.