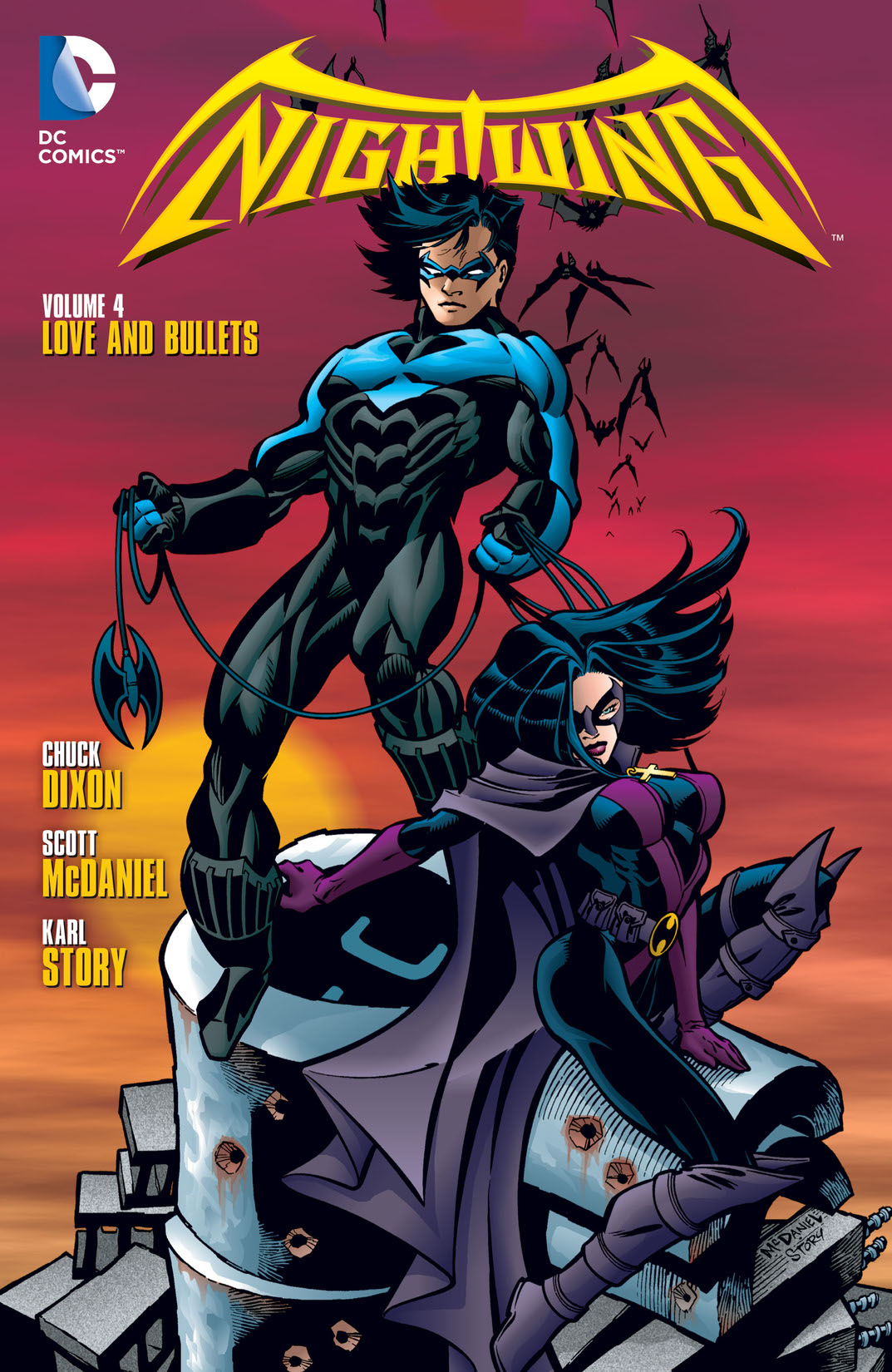 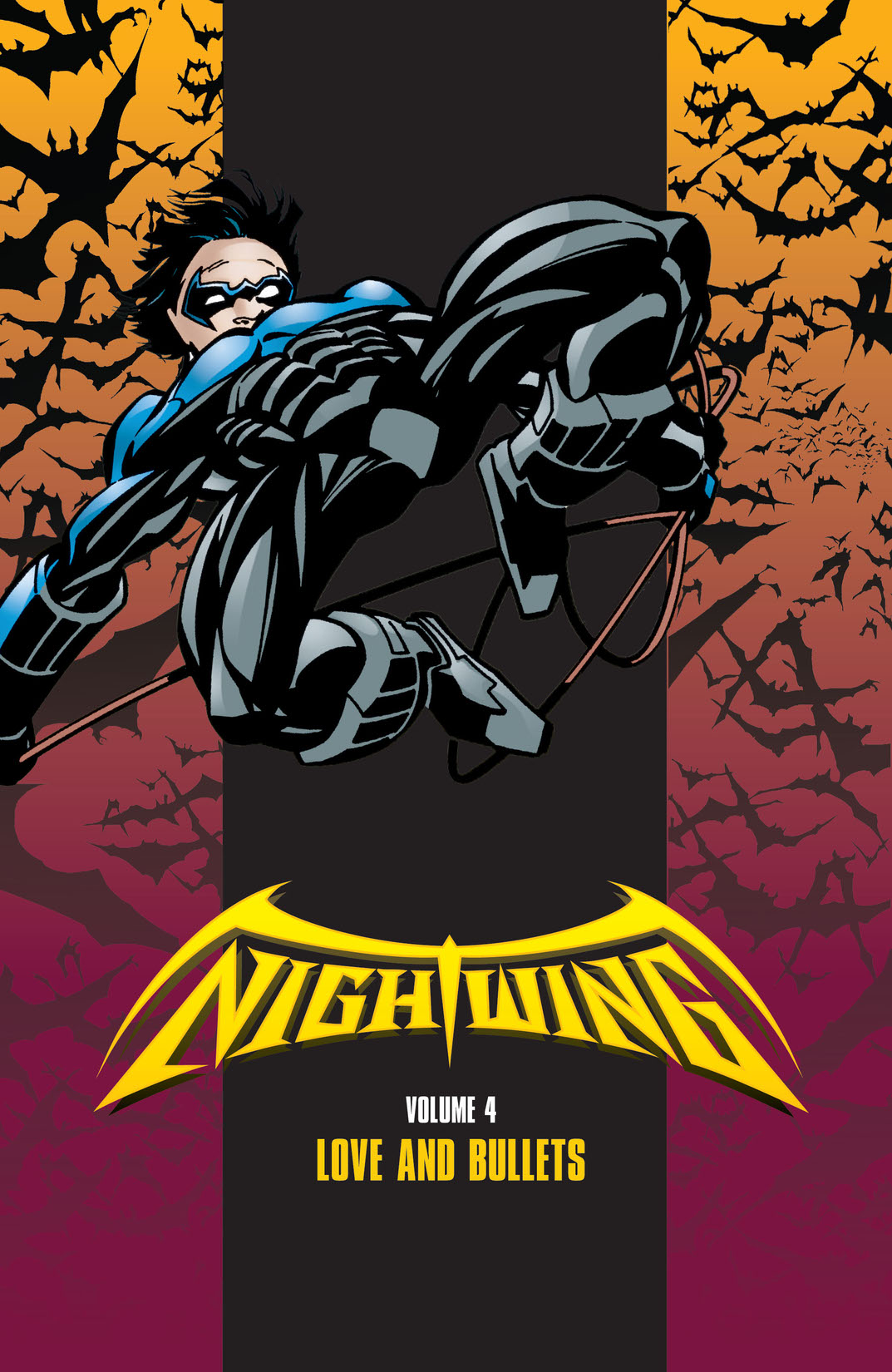 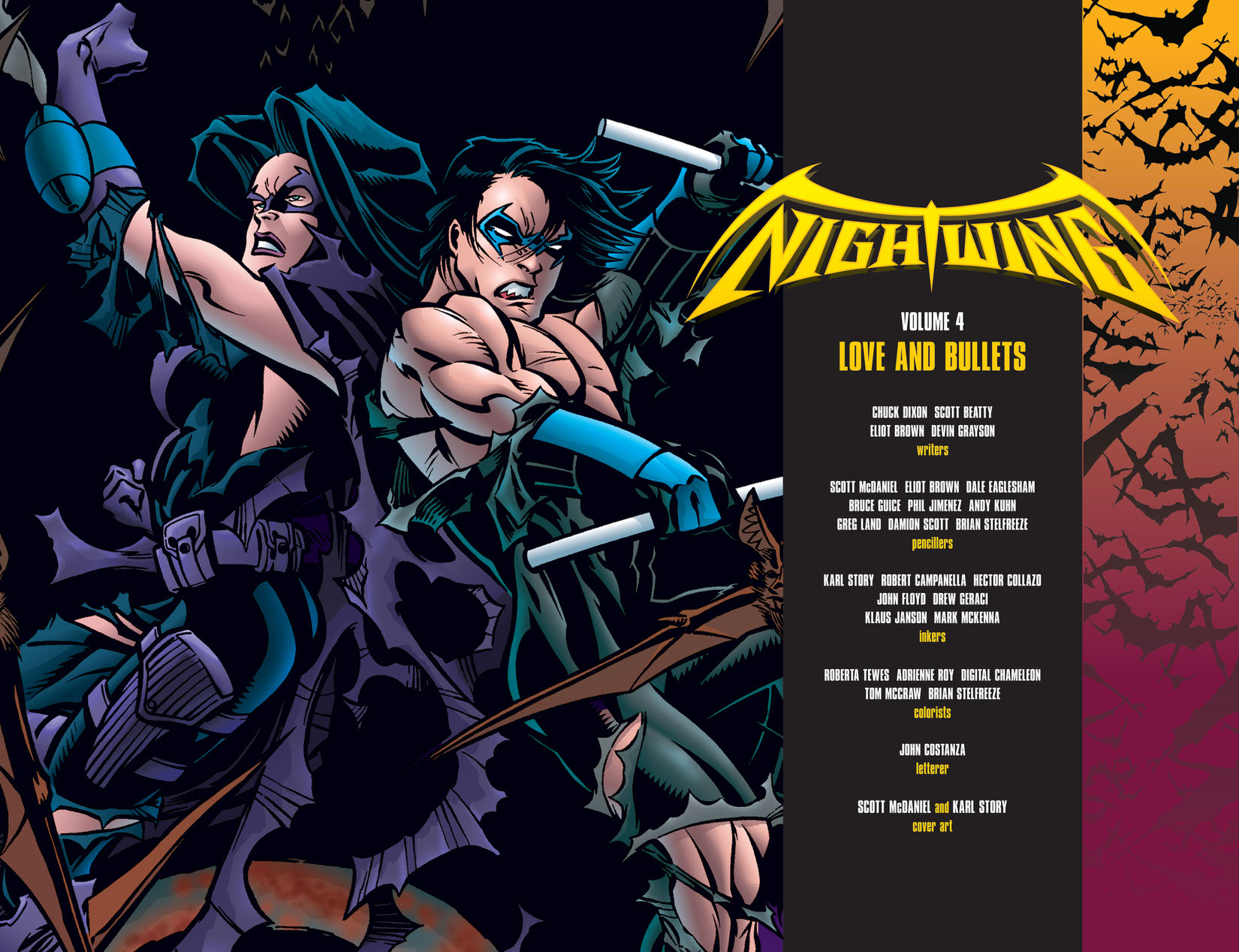 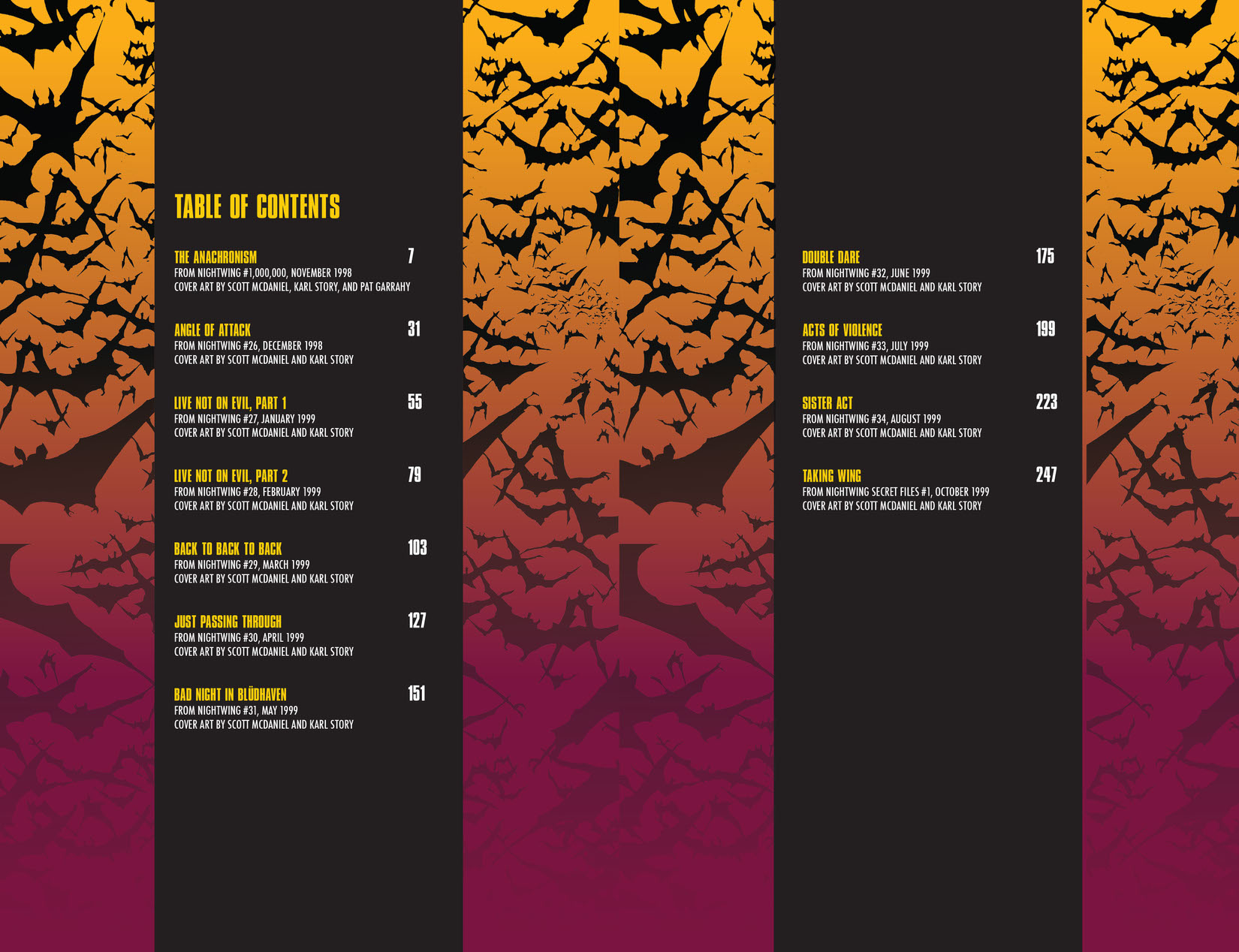 The definitive NIGHTWING creative team of Chuck Dixon, Scott McDaniel, and Karl Story are joined by an all-star cast of guest comics creators for NIGHTWING VOL. 4: LOVE AND BULLETS. For months, Nightwing has been waging war against the criminal cartel that runs everything from street corners to the mayor’s office in the city of Bludhaven. After discovering that super-villain turned mob boss Blockbuster is the brains and brawn of the city’s corruption, Dick Grayson decides to take the fight directly to him. But what happens when his former lover and current vigilante, the Huntress, joins him to take down Blockbuster? Now these two veteran crime-fighters must not only battle for the heart of Bludhaven but also their own feelings toward each other. After all this, Nightwing faces the return of the imposter superhero Nite-Wing and the all-new threat of the deadly duo known as Double Dare. Maybe a visit by the Man of Steel and the Batman from the 853rd century will boost his confidence! Plus, an untold tale of Dick as Robin with his teammates in the Teen Titans and profiles of all his friends and foes make this a collection not to miss. Collects NIGHTWING #26-34, NIGHTWING #1,000,000, and NIGHTWING: SECRET FILES AND ORIGINS #1!