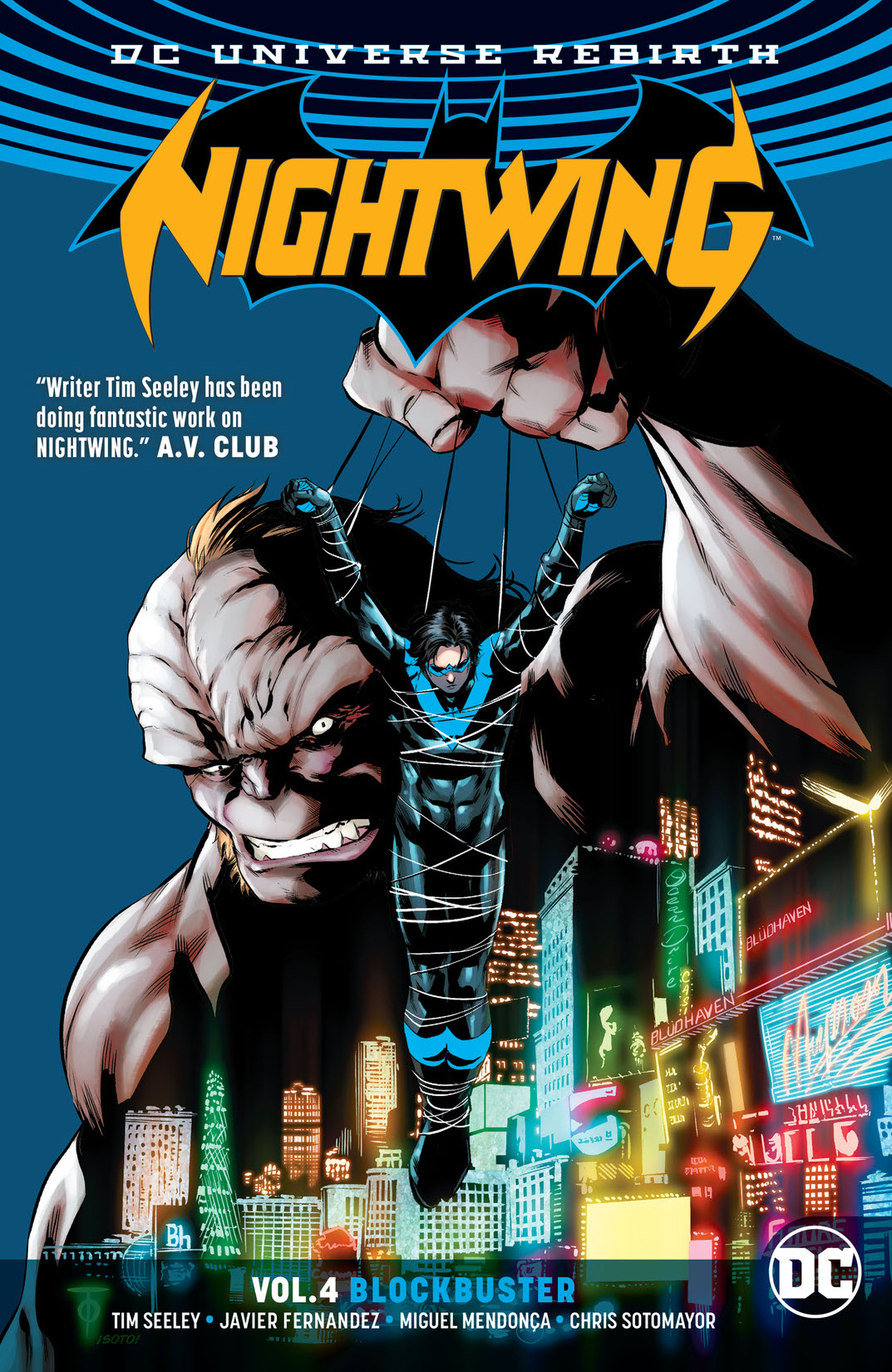 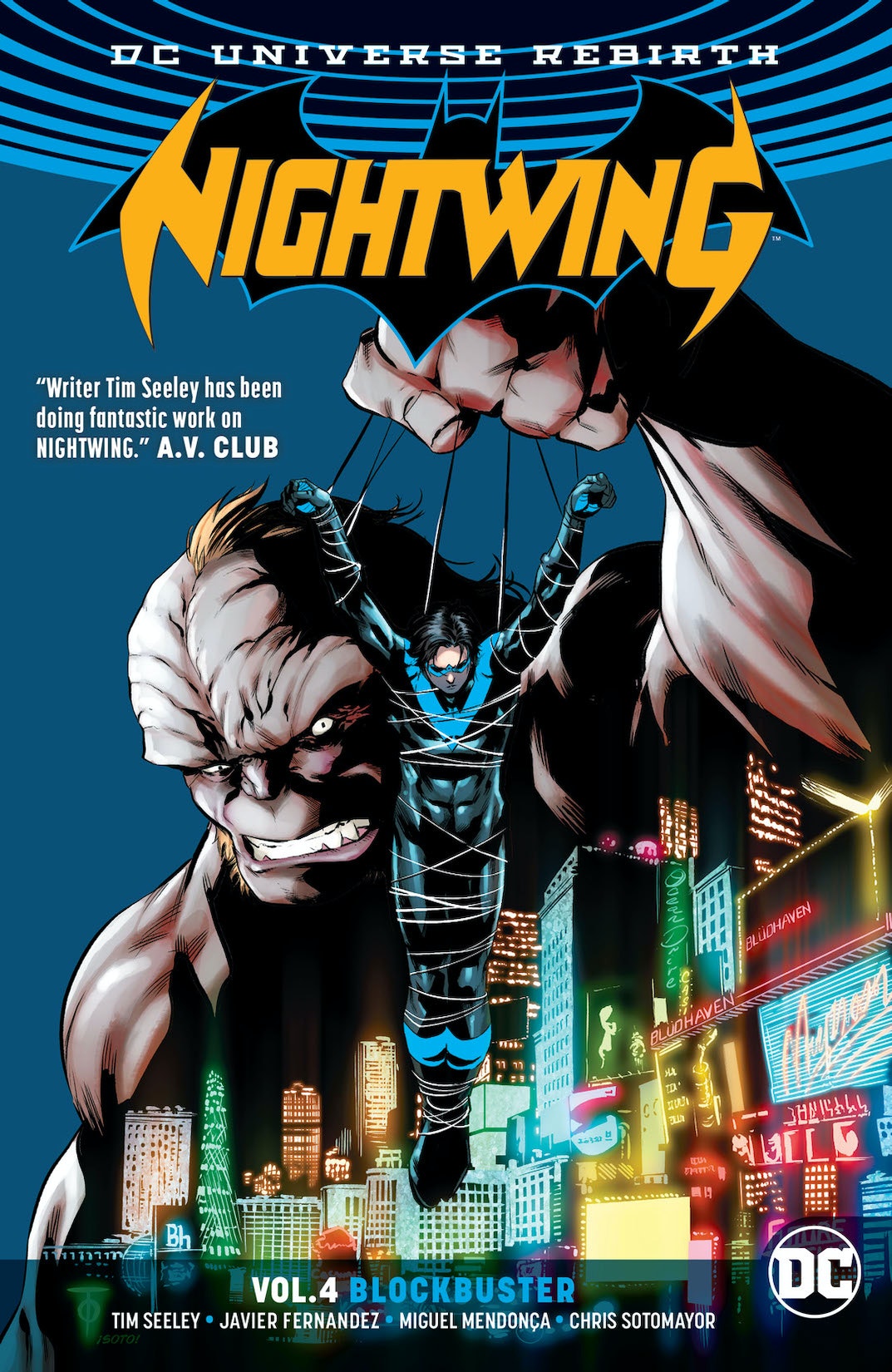 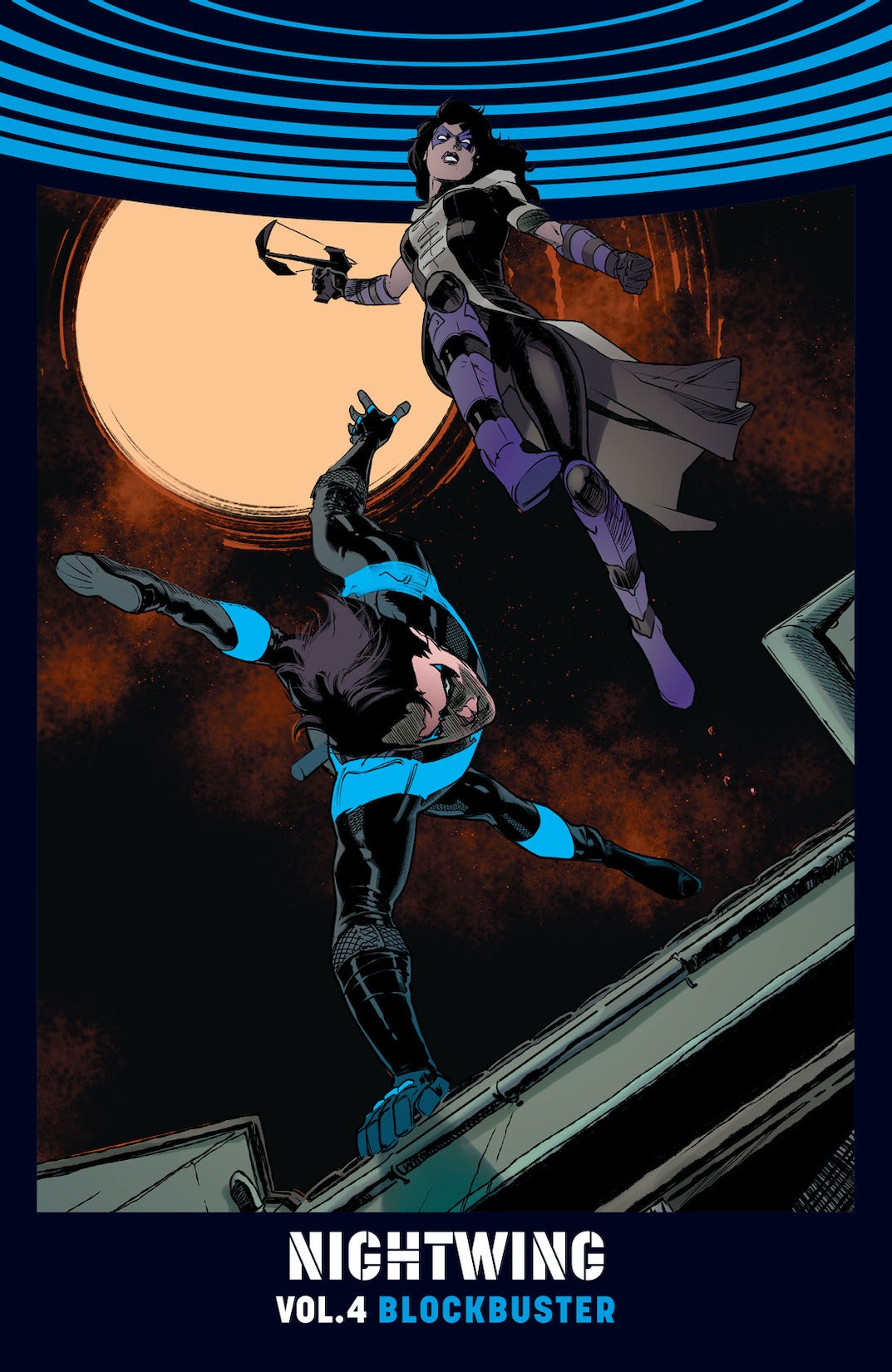 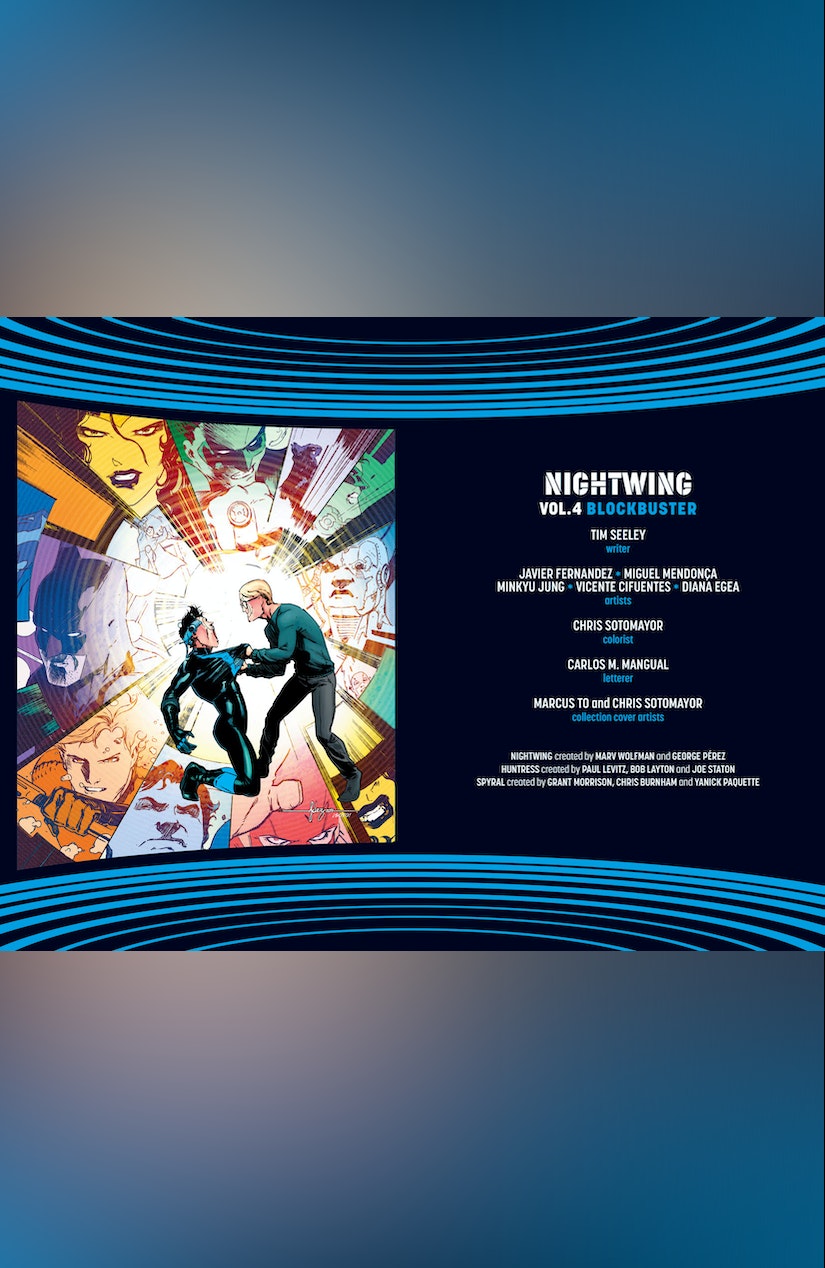 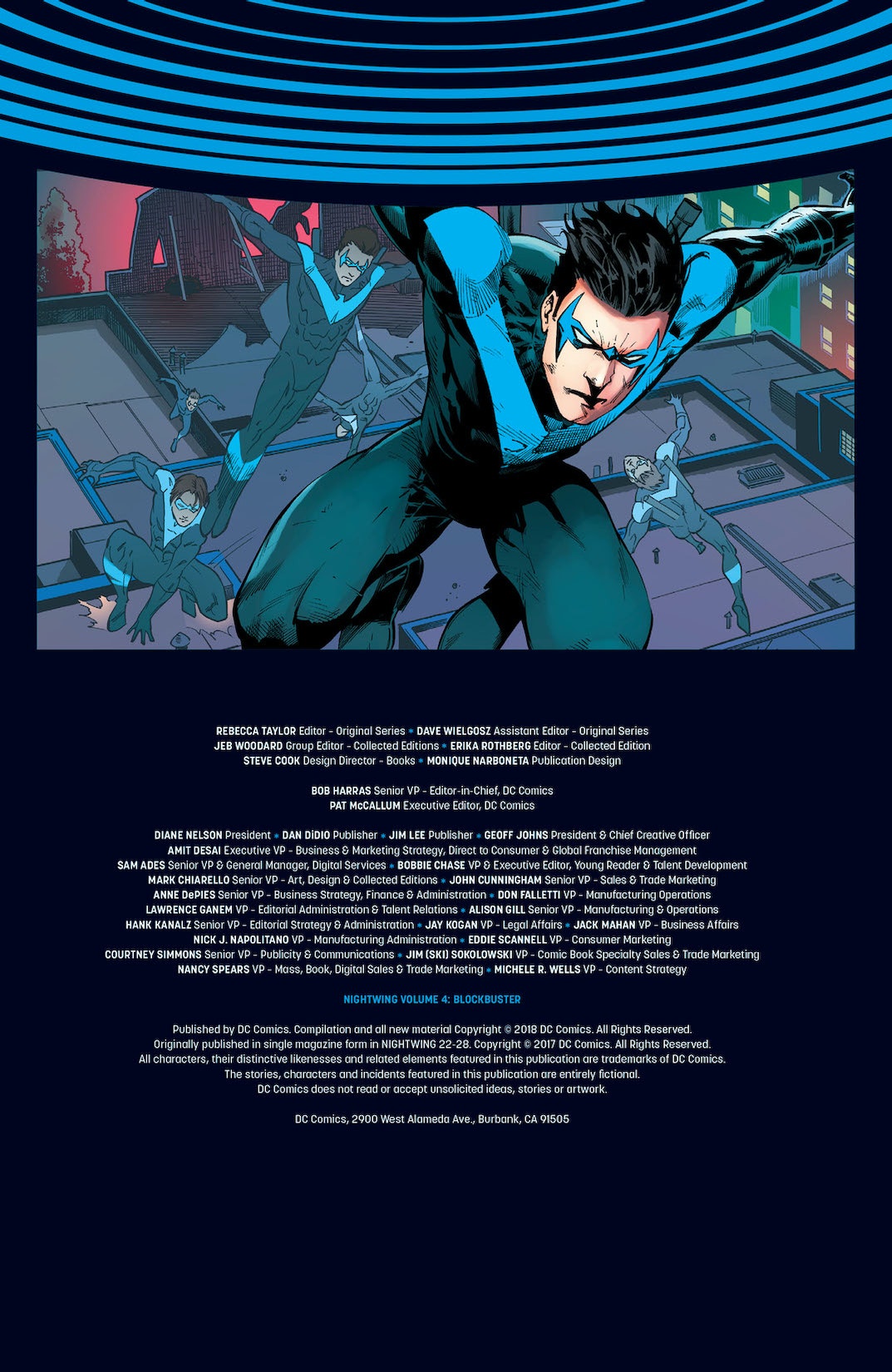 Dick Grayson, also known as Nightwing, has adopted Blüdhaven as his home, and it’s his mission to keep the streets safe from the high-tech weapons that are suddenly pouring in...even if it puts his newly stable relationship with his girlfriend Shawn in jeopardy. But for the super-strong criminal known as Blockbuster, Blüdhaven isn’t just an adopted home—it’s in his veins. So when he reaches out to Nightwing to help him rid the streets of these deadly weapons, will Dick find himself with a powerful new ally...or walking into a deadly trap? Plus, Dick’s former identity as Grayson, Agent of Spyral comes back to pay a visit in the form of Huntress! GRAYSON writer Tim Seeley (BATMAN ETERNAL) and artists Miguel Mendonca (WONDER WOMAN) and Javier Fernandez (RED HOOD/ARSENAL) continue Nightwing’s Rebirth by bringing back one of his most iconic villains! Collects NIGHTWING #22-28.