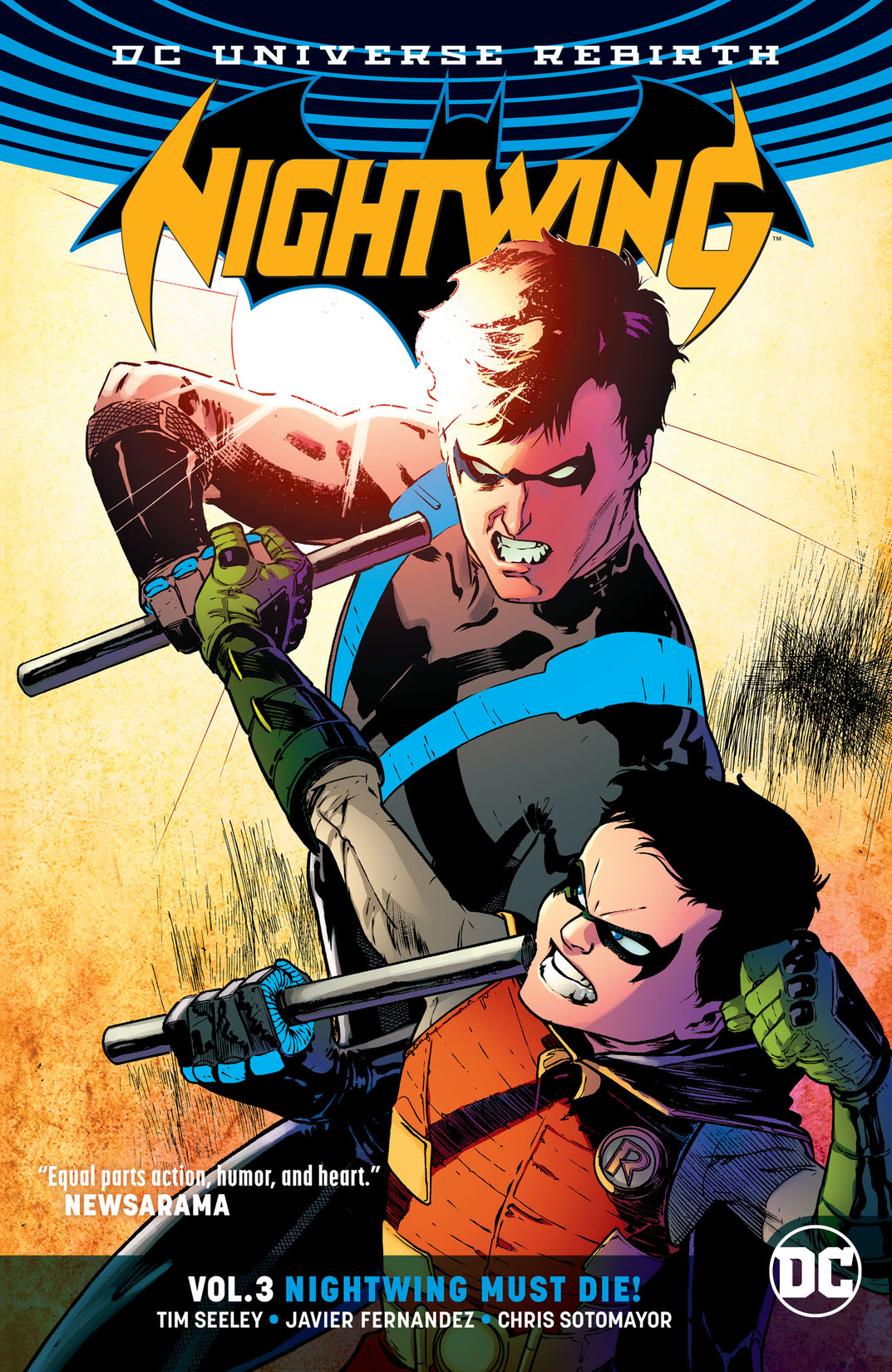 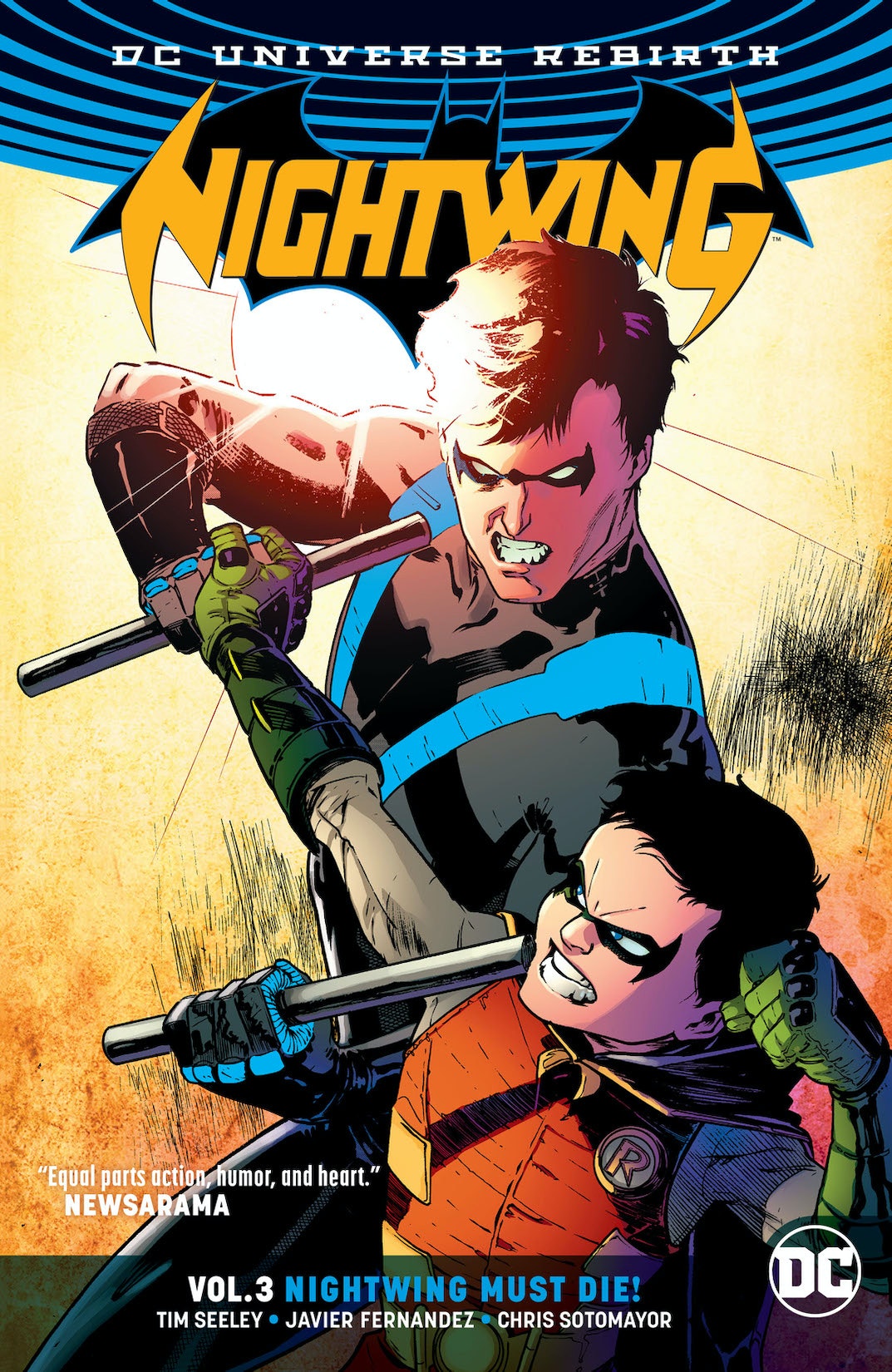 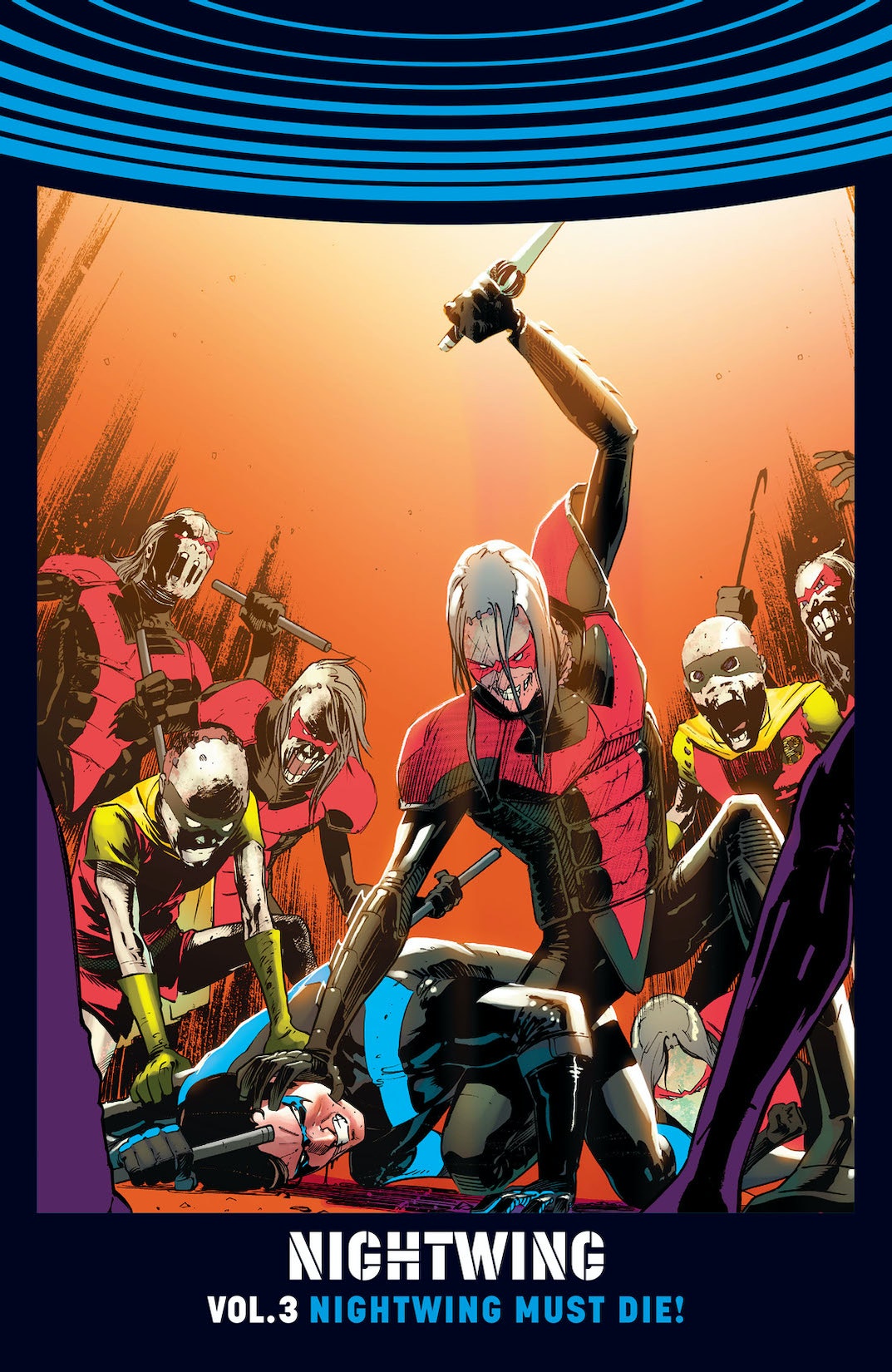 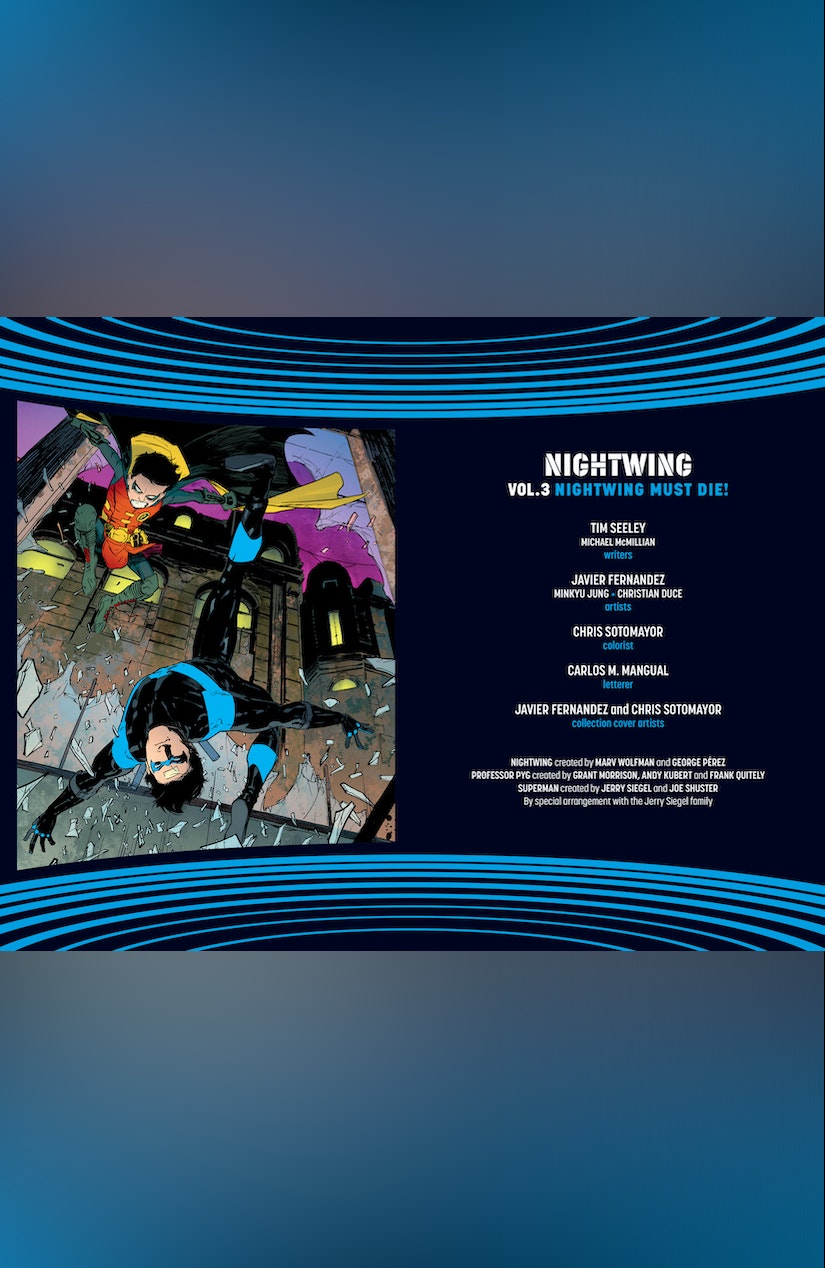 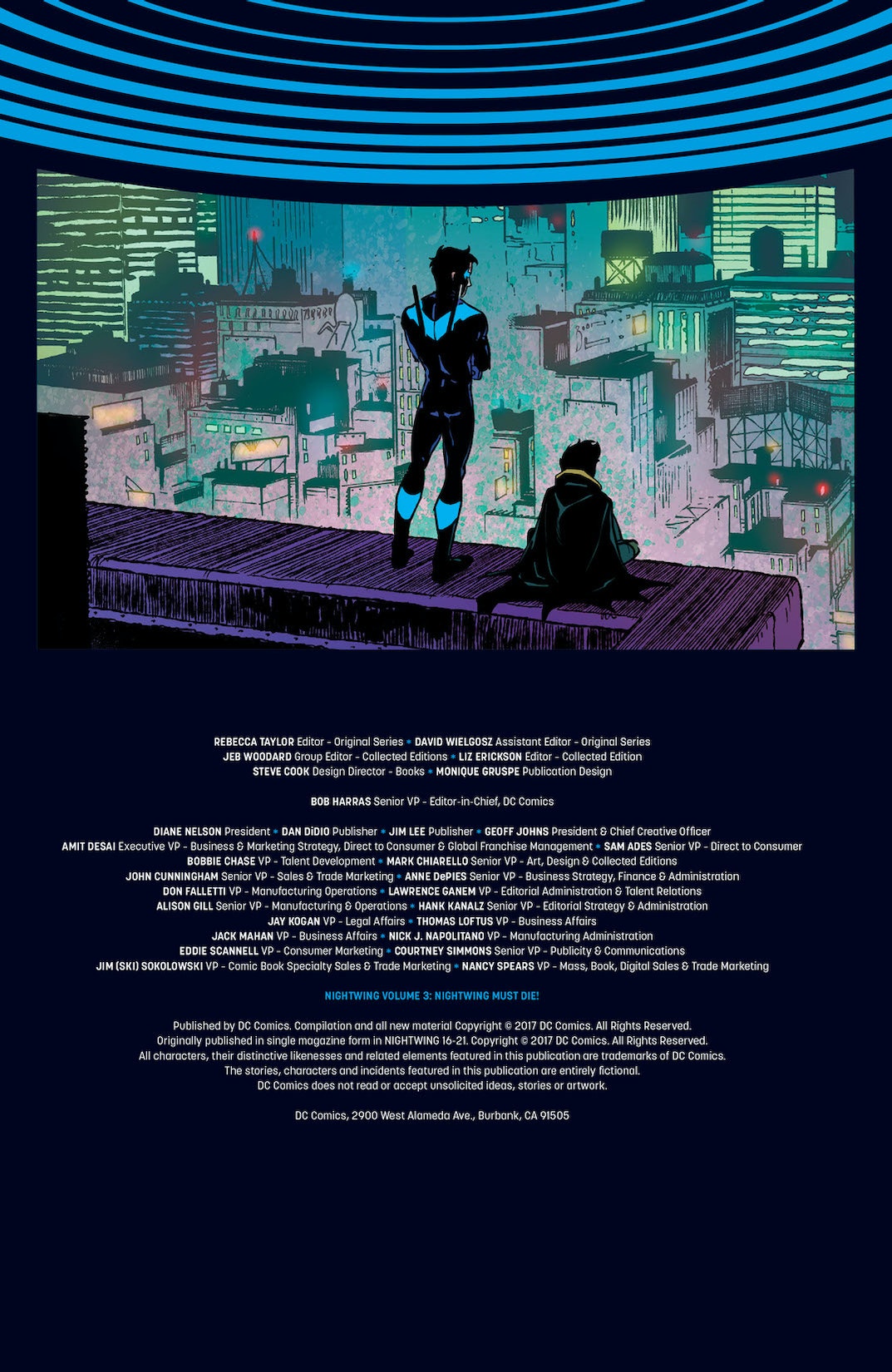 Dick Grayson’s DC Universe Rebirth adventure from fan-favorite creators Tim Seeley (BATMAN ETERNAL, GRAYSON) and Javier Fernandez (RED HOOD/ARSENAL) continues in NIGHTWING VOL. 3: NIGHTWING MUST DIE! As the original Robin, Dick Grayson has long lived in the shadow of Batman. But now, as Nightwing, he’s finally his own man. He has a new city to protect in Blüdhaven, and a new love in his life—former villain Shawn Tsang. But someone doesn’t think that Nightwing is quite the hero he could be. They’ve sent a twisted doppelgänger, Deathwing, to Blüdhaven to kidnap Shawn...sending Dick on a globe-spanning chase to get her back before something terrible happens. Together with current Robin Damian Wayne, his partner from his brief stint as Batman, Dick must stay one step ahead of an enemy who seems to have all of his skills and memories. But when Nightwing finds out who’s pulling Deathwing’s strings, he’ll realize the shadow of his time as Batman might be too long to ever truly escape. Collects issues #16-21.